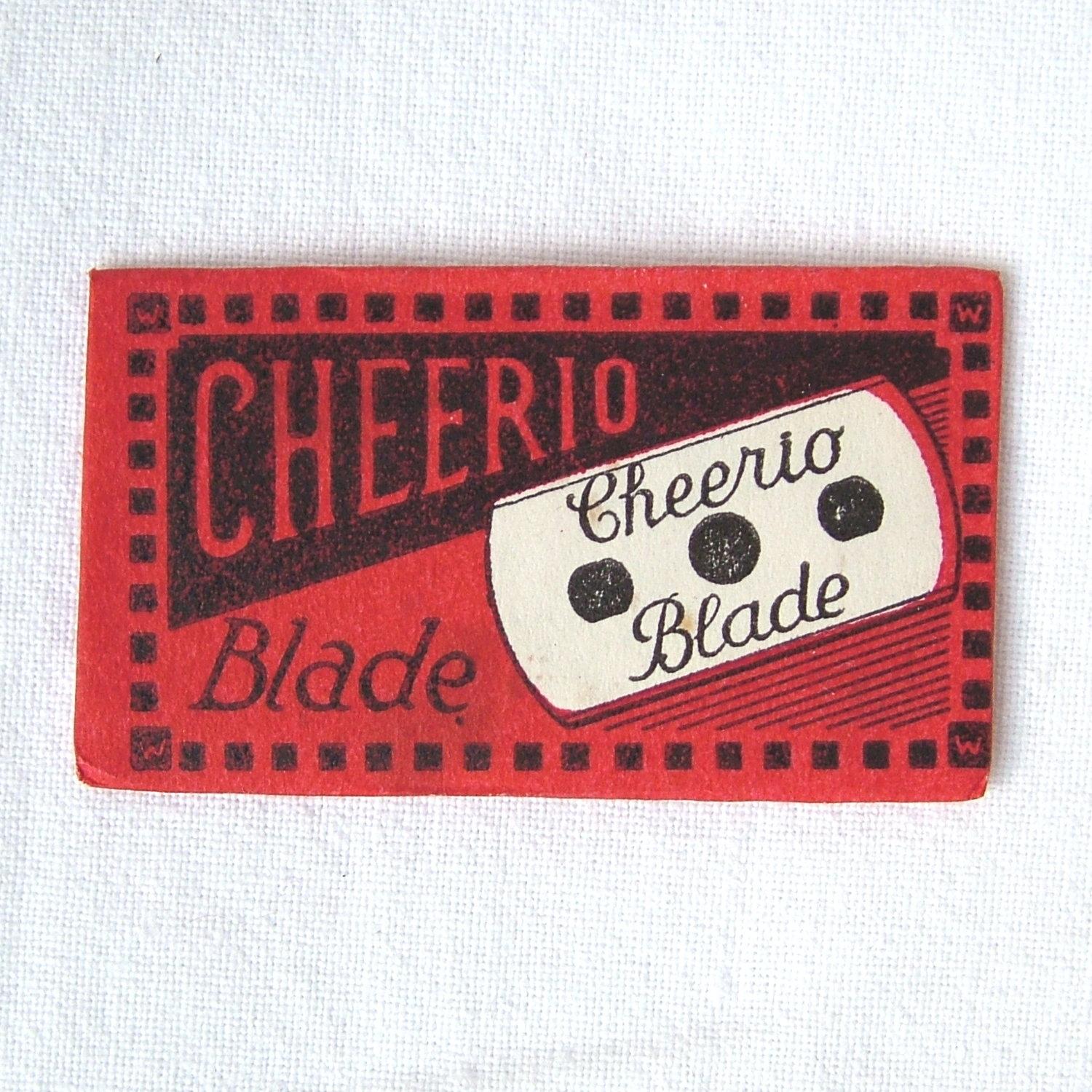 The Cheerio Razor Blade by the Wafer Razor Co. Ltd. of Sheffield. An individually wrapped WD broad arrow marked razor blade that has been magnetized so that when suspended by a thread in a glass of water it would act as a compass for escape and evasion purposes. These were issued in packs with other blades but only one blade per pack was magnetized. Various different brands were used including 'Fleet' and 'Dawn' & 'Cheerio'.

Some rust staining to blade but still retains some magnestism and will 'disrupt' another compass if held close. We have two available, priced individually.  Stock code E20142. 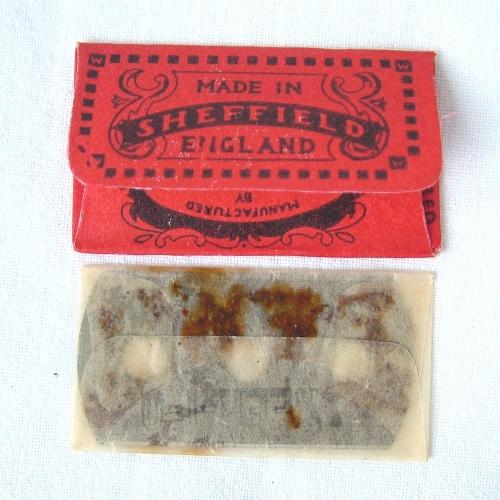 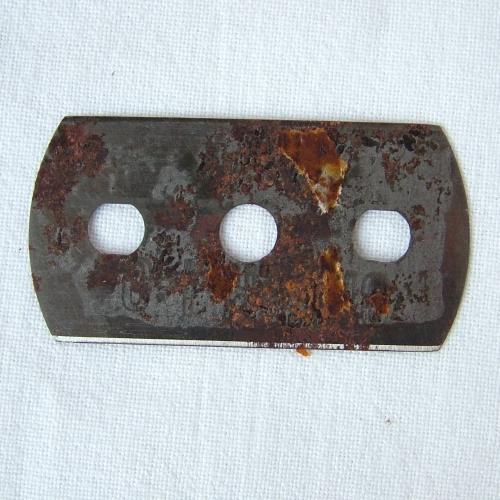 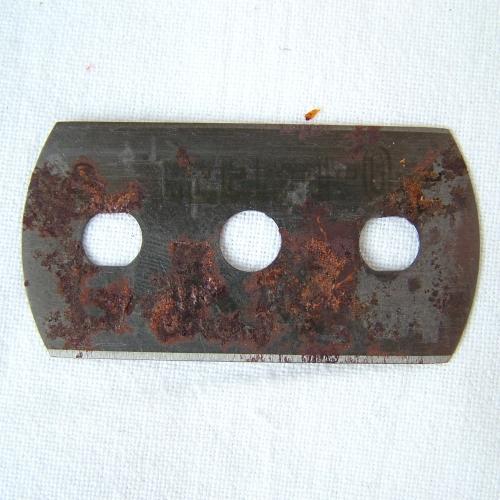 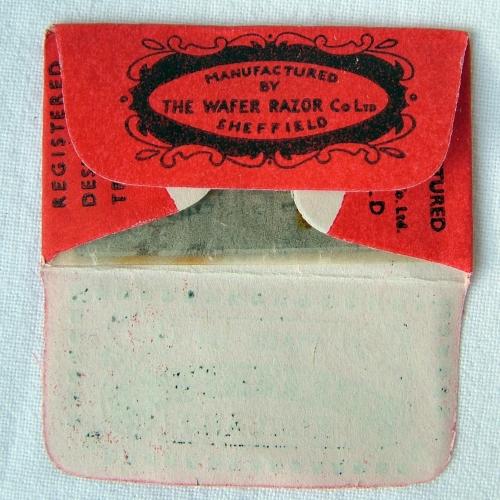 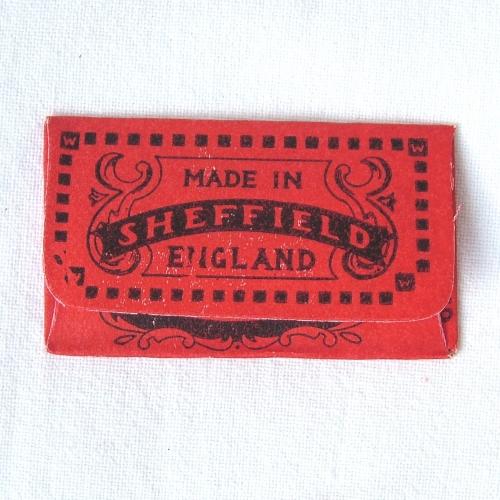