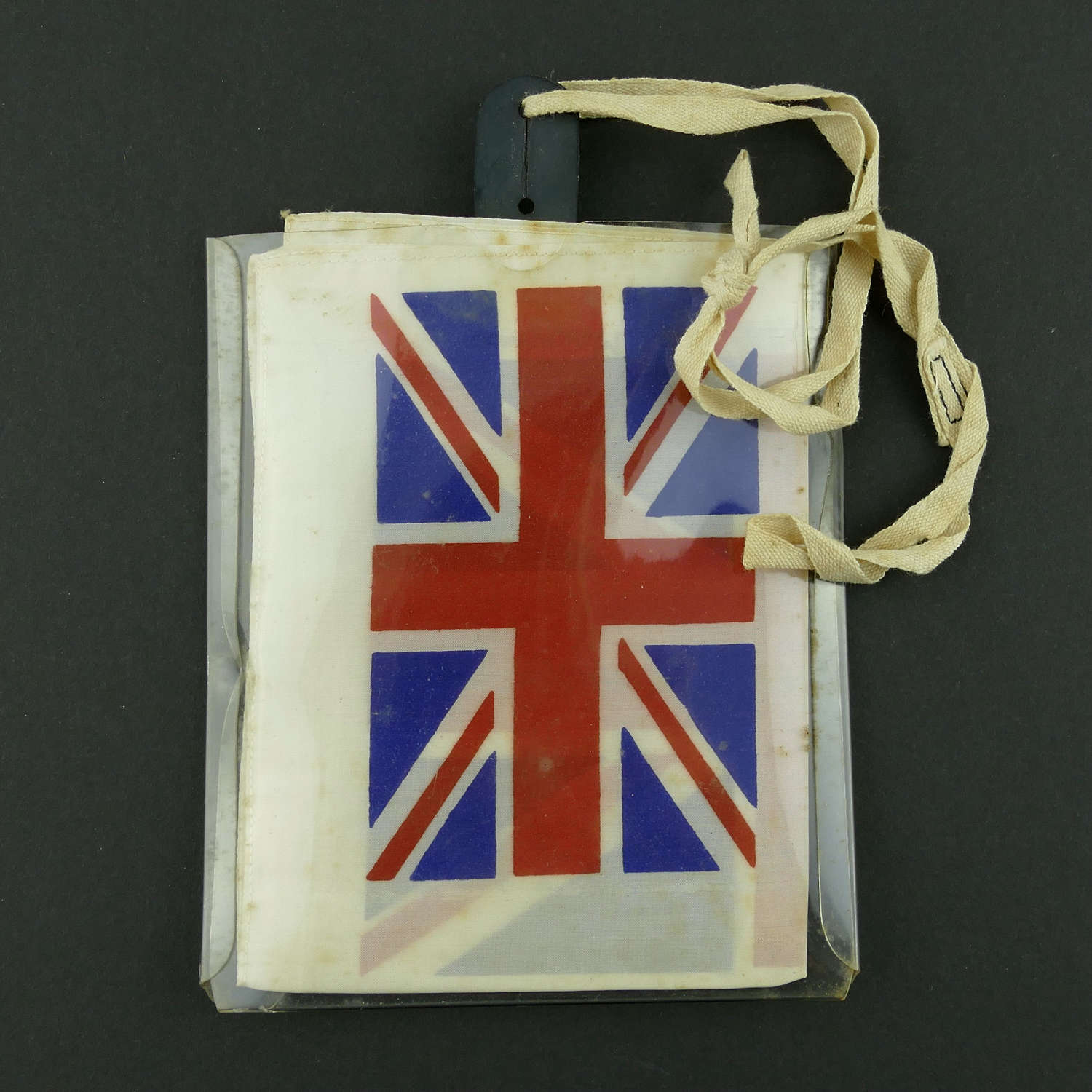 Double sided rayon blood chit, approximately 24.5 x 18cm.  Printed in red, blue and black ink on two separate pieces of rayon neatly stitched together.  For use during 'Operation Frantic',  British aircrews flying missions over Soviet controlled regions.  Printed to the front with a large Union flag plus wording in Russian asking that the holders details be passed to the British Military Mission in Moscow.  The reverse side has a smaller flag and similar information along with detailed instructions for use.  With 'FR.1' marks visible but these are now on the inside due to being turned under when the edges were stitched. This scarce chit comes with the extremely rare plastic acetate pouch/sleeve (approximately 11 x 13cm) designed to hold the blood chit such that the allied flag could easily be seen. This has a black rubberized 'tongue' with a cotton neck tape attached.  The pouch could also be attached over a service dress or battledress button.  The pouch has yellowed a little and there is some warping and a crack in one corner.  The actual chit is excellent.  A vital safety 'pass' for British airmen and a very nice survival item.  Stock code E22892. 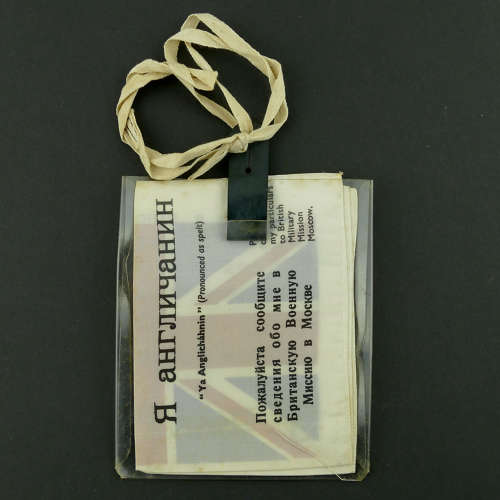 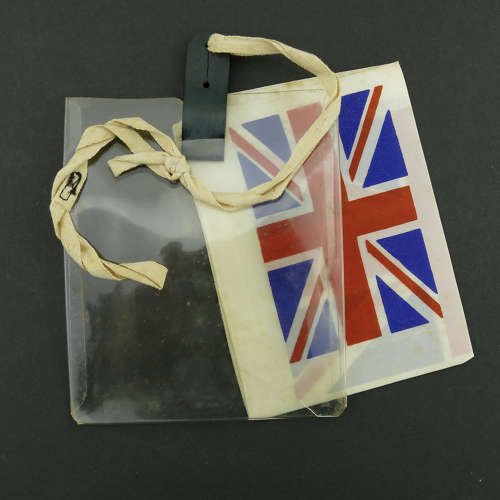 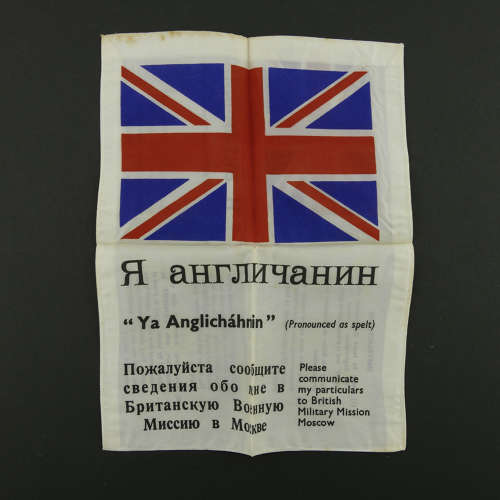 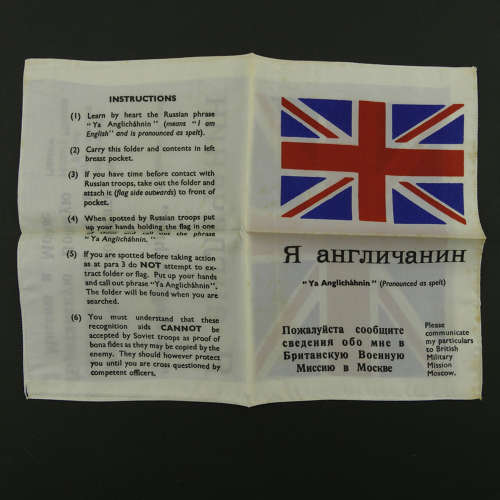 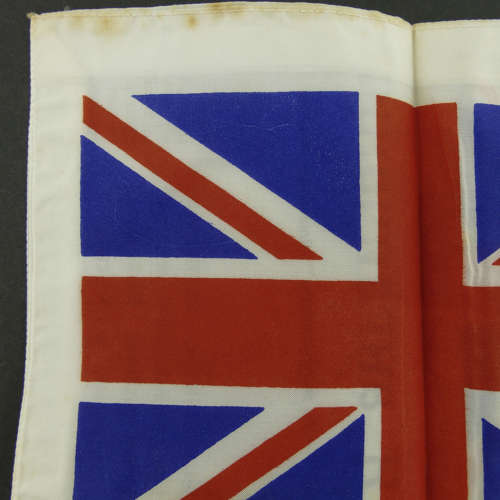 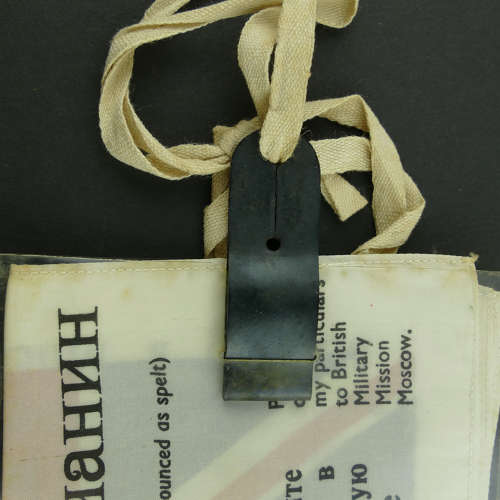 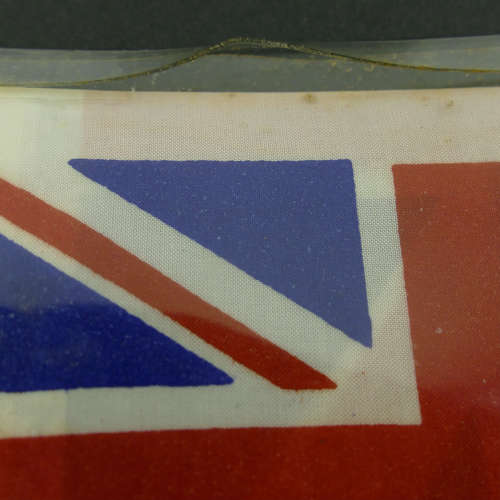 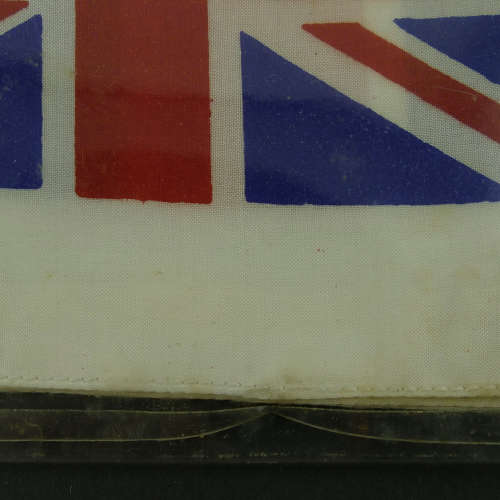 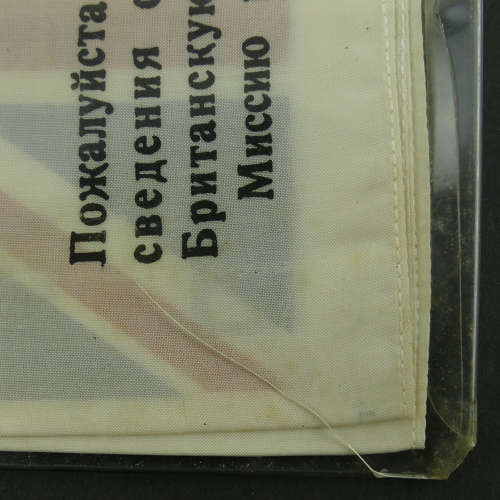