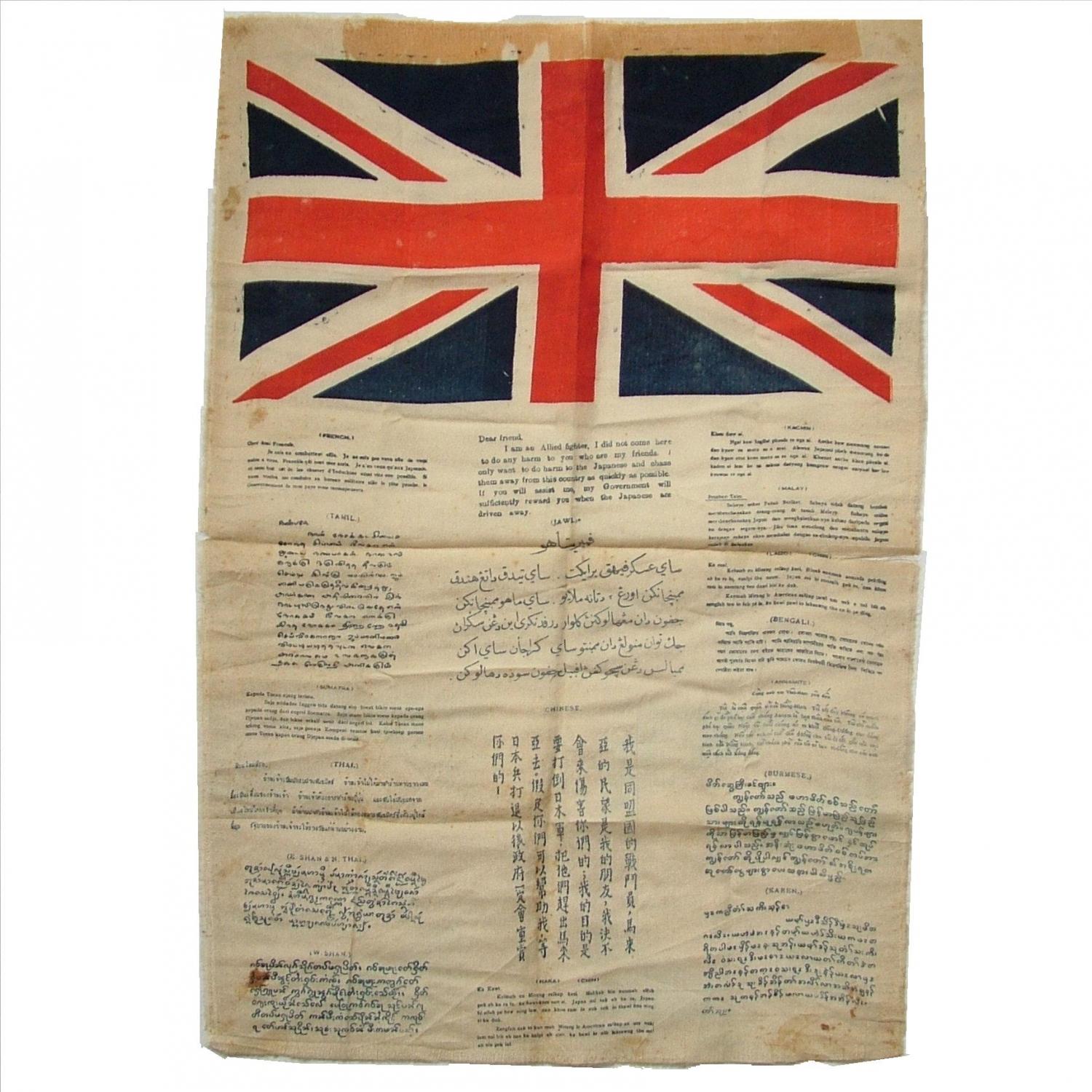 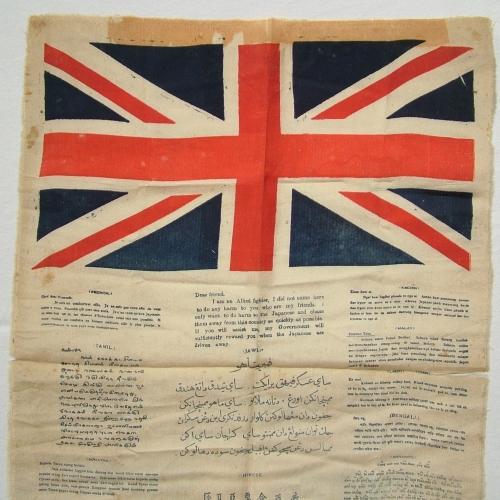 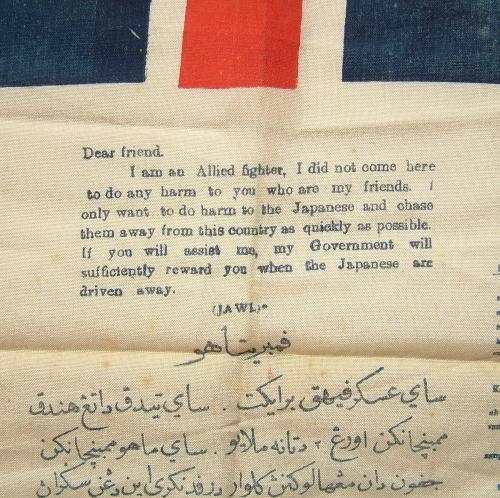 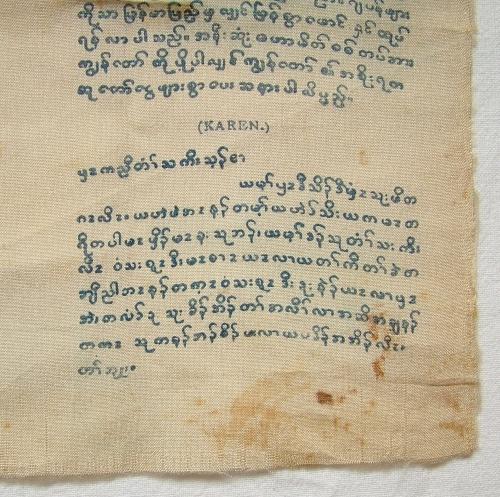 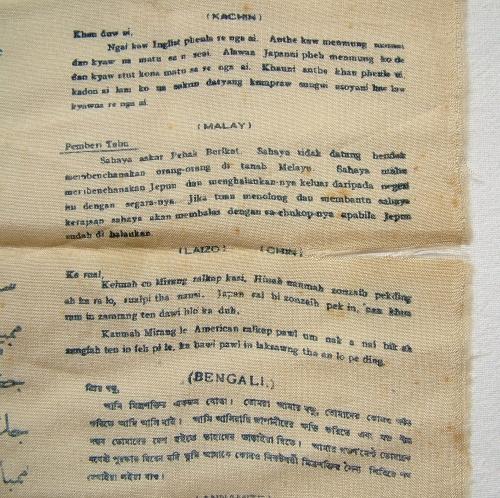 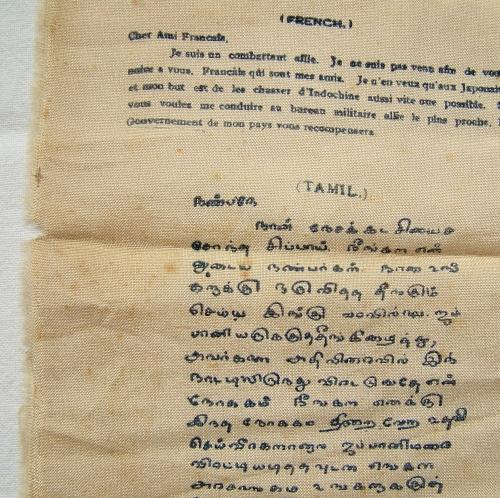 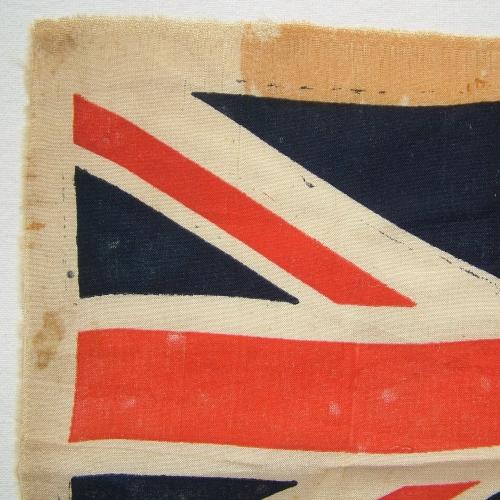 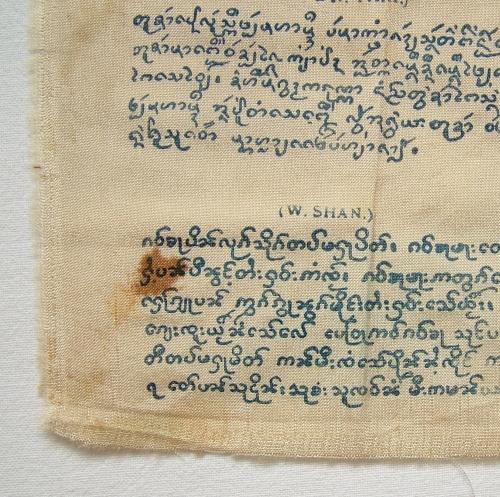 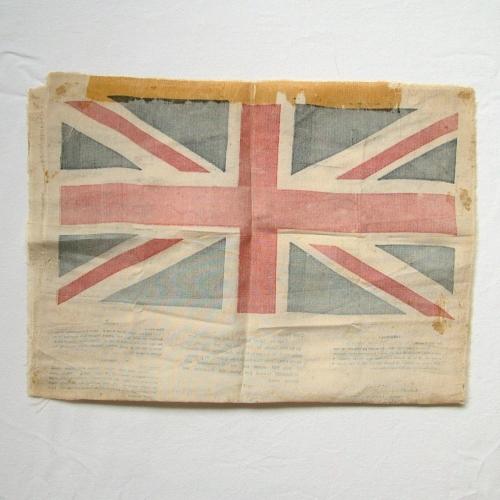 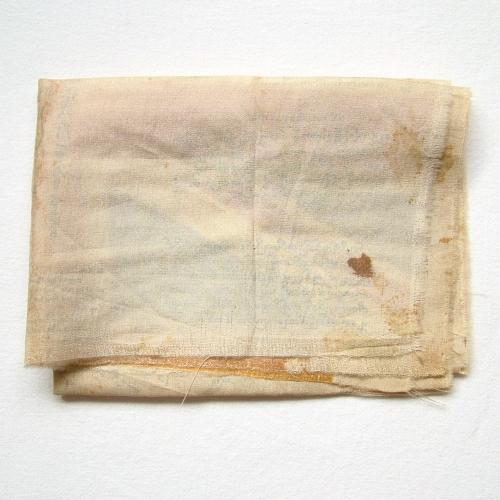 Silk/rayon blood chit, approx. 29 x 40cm.  This version was designed by Major Wilcox & Squadron Leader Vint & was printed in India using red & blue ink on silk.  A later version had text in black as this was found easier to read*.  Issued for use by British aircrews flying missions over Asia. Printed with the Union flag right across the top plus wording in 17 languages stating the owner to be an allied fighter only wanting to harm the Japanese. Reasonable condition with some marking and stains.  Has been folded and is creased and crumpled.  Unhemmed/raw edges with some fraying, a small tear on the left edge of the central crease and a larger tear on the right of the centre crease (see photos).   Displays well.  Rare first pattern.  Stock code E20190.