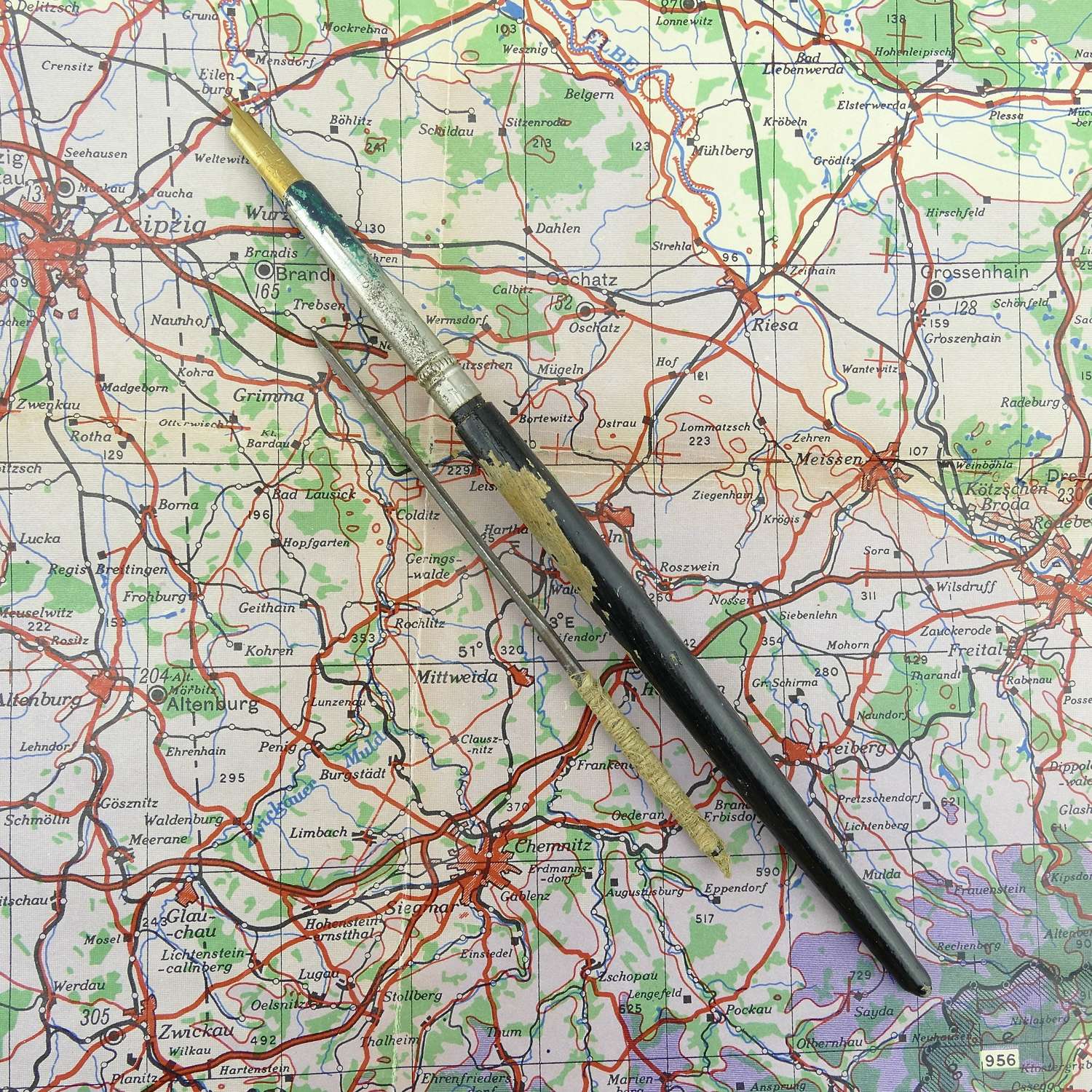 Blued steel spike weapon approximately 12cm in length and 4mm diameter.  The upper 5cm or so is cylindrical but the blade section is of concave triangular form.  A couple of tiny holes in the top section allow twine to be tied to the blade which enabled the user to bind it to a makeshift handle for use.  These blades were developed by Christopher Clayton Hutton at MI9 for use by the SOE, OSS, MI6, resistance groups and aircrew for use as a lethal weapon.  They were also sent to POW camps hidden inside parcels for use during escape attempts.  The blade was easily hidden about the body but many were concealed within such things as dip-pens, pencils and the like, only to be revealed when needed.  This example is in excellent condition, still wrapped in the original binding twine.  The ink dip-pen is shown for size comparison only and is not included in the sale.  Stock code S24772. 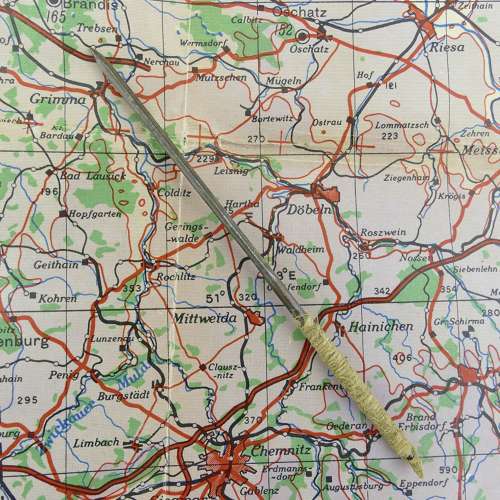 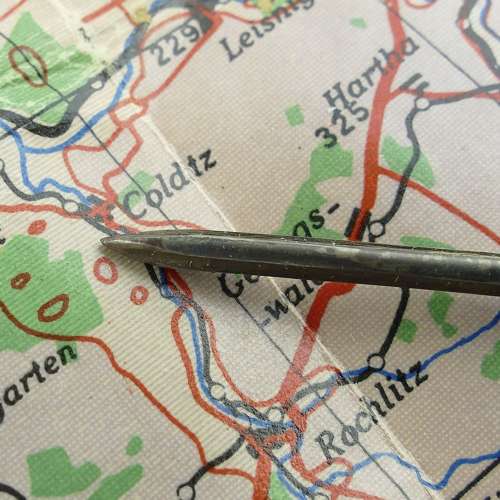 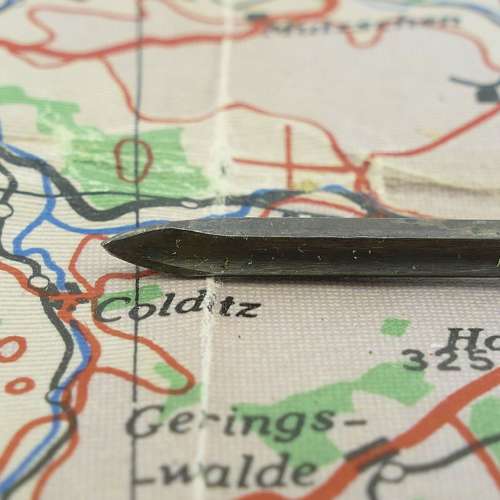 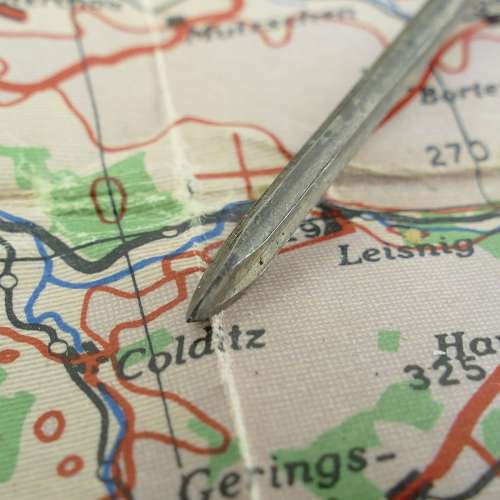 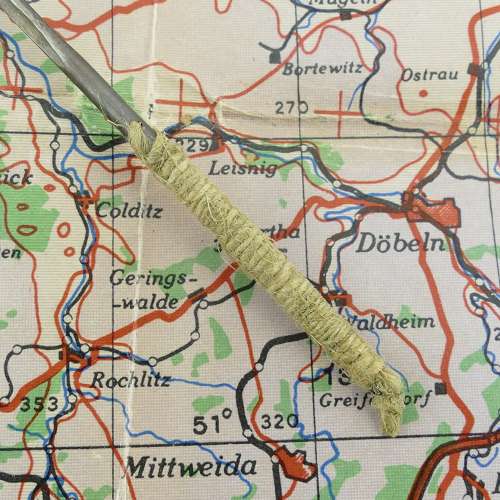 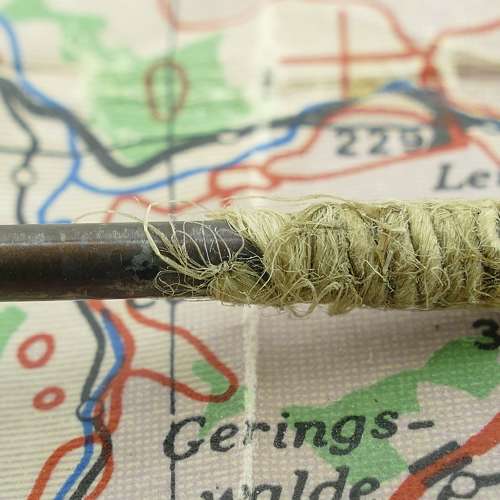 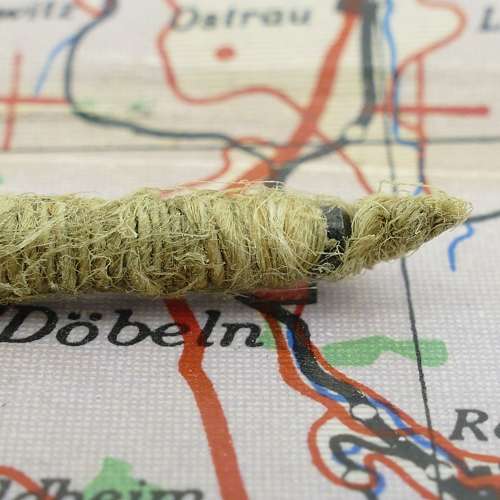