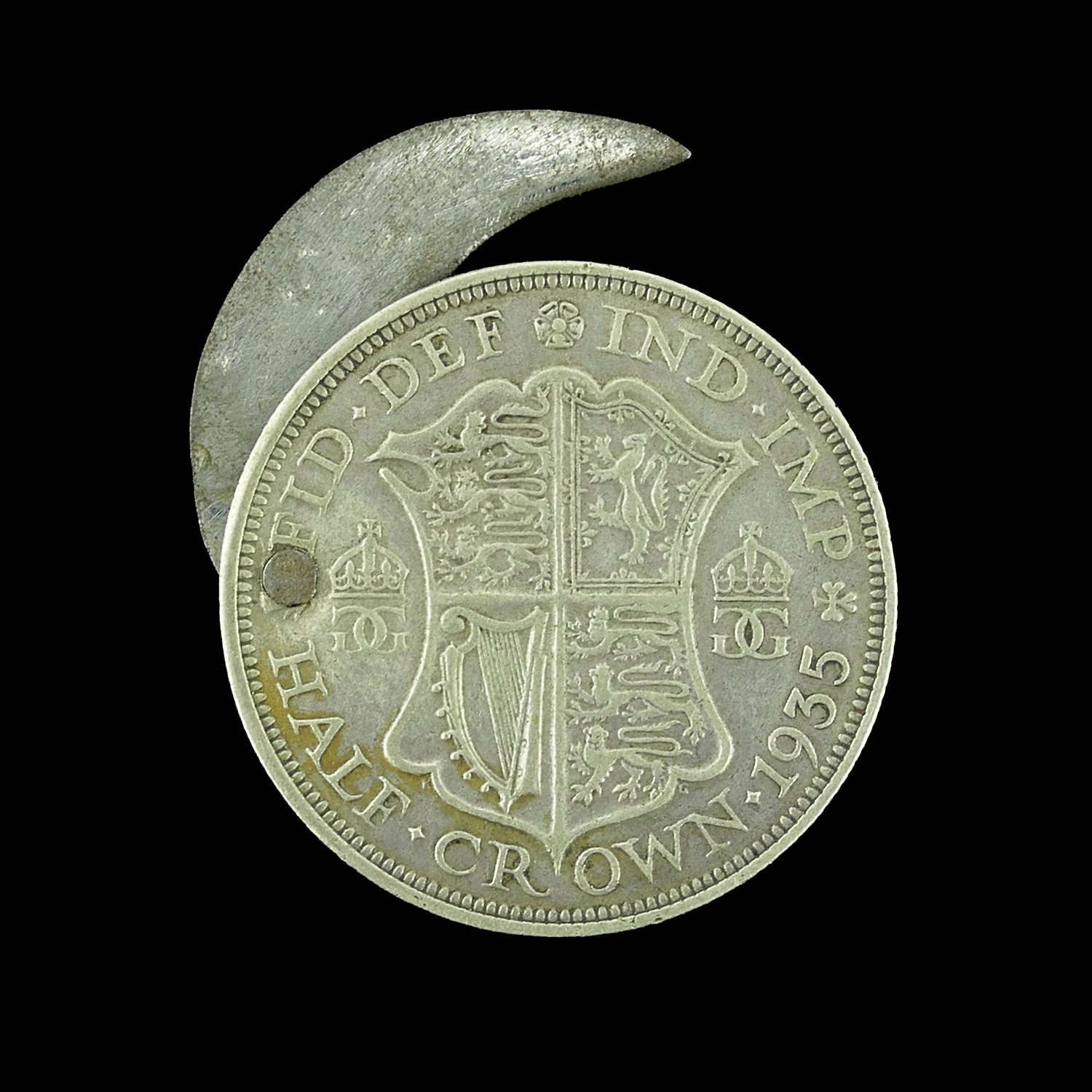 Scarce British half crown coin dated 1935.  Look closely and you will see a tiny rivet on which a concealed blade pivots.  When closed, the blade is completely hidden inside the coin which is an extraordinary bit of engineering/craftsmanship.  Such coins could be carried in an airman's pocket along with 'standard' coins without causing suspicion. The coin blade could then be used for escape and evasion purposes, cutting binding ropes or causing injuries to the enemy at close quarters.  Some coins were fitted with blades intended for tyre slashing but those are generally of much heavier gauge and attached to one face of the coin rather than within it.   One of a handful we have seen over the years.  A superb item.  Stock code E24604. 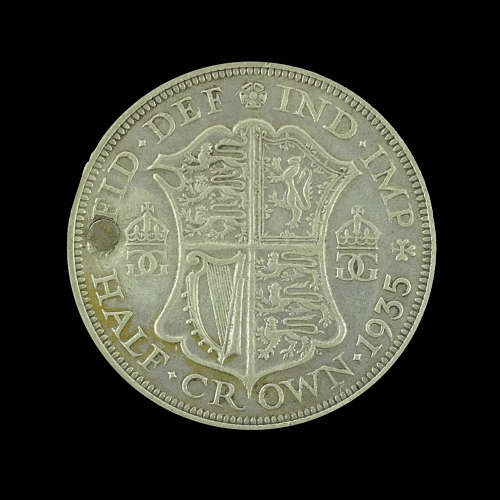 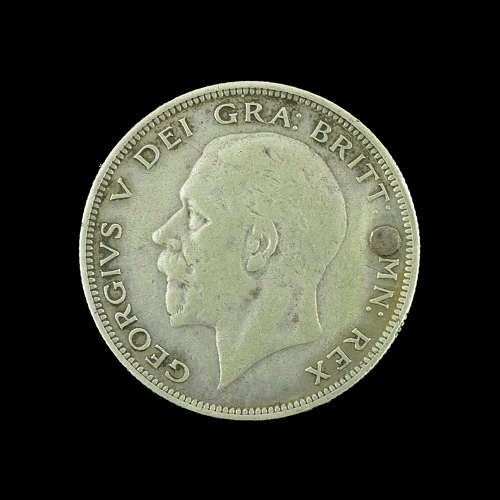 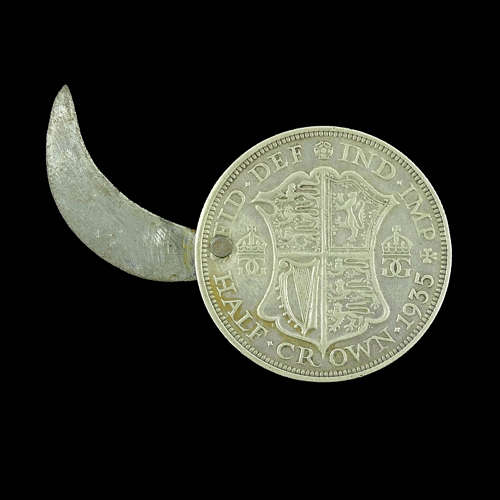 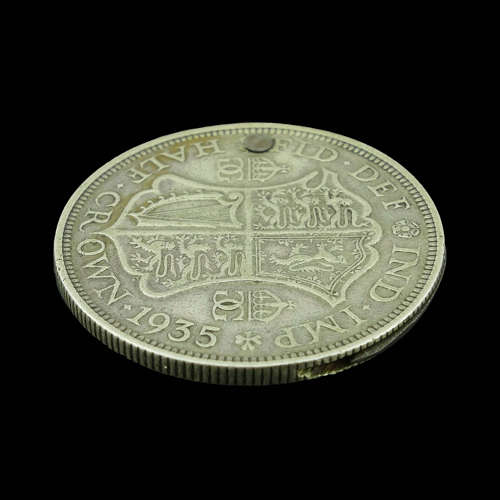 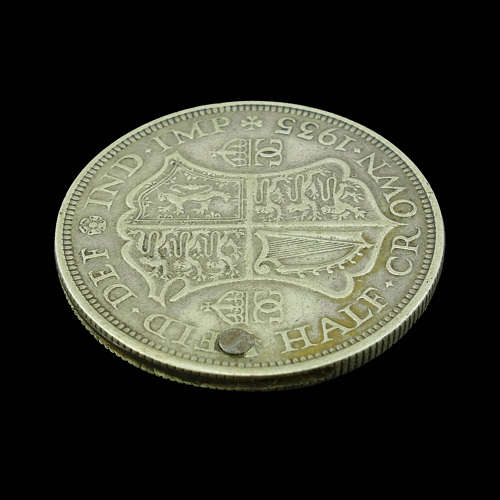 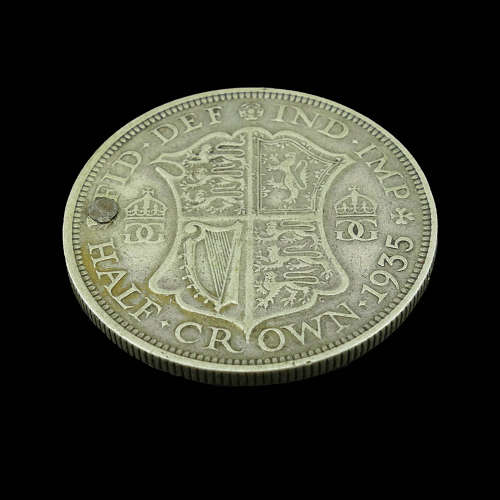 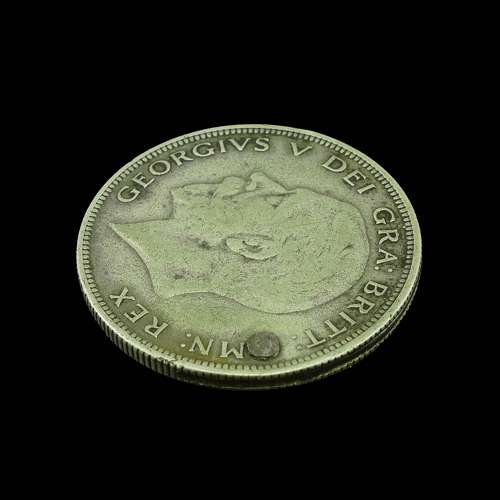 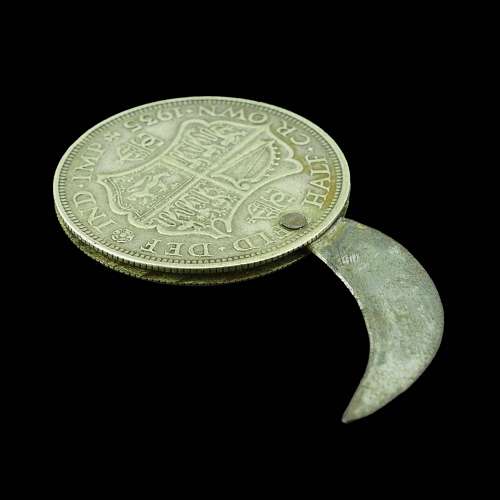 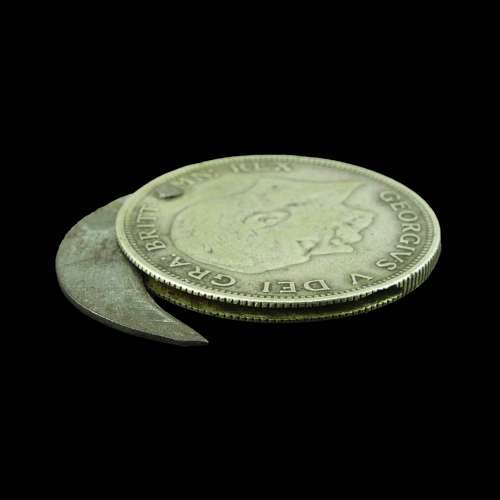 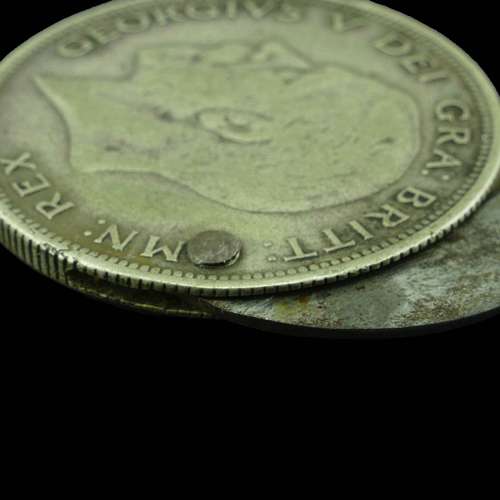 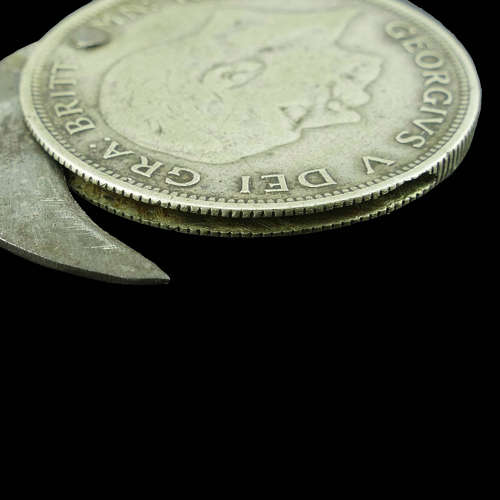 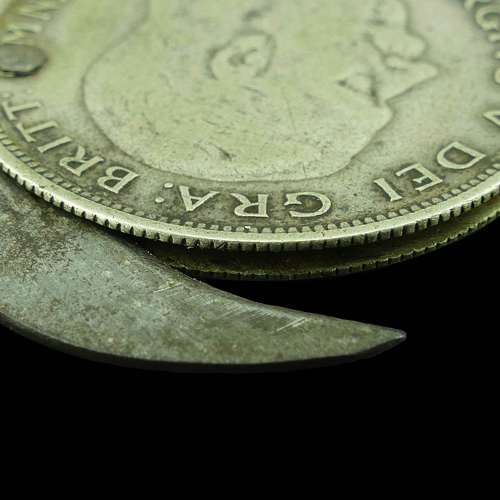