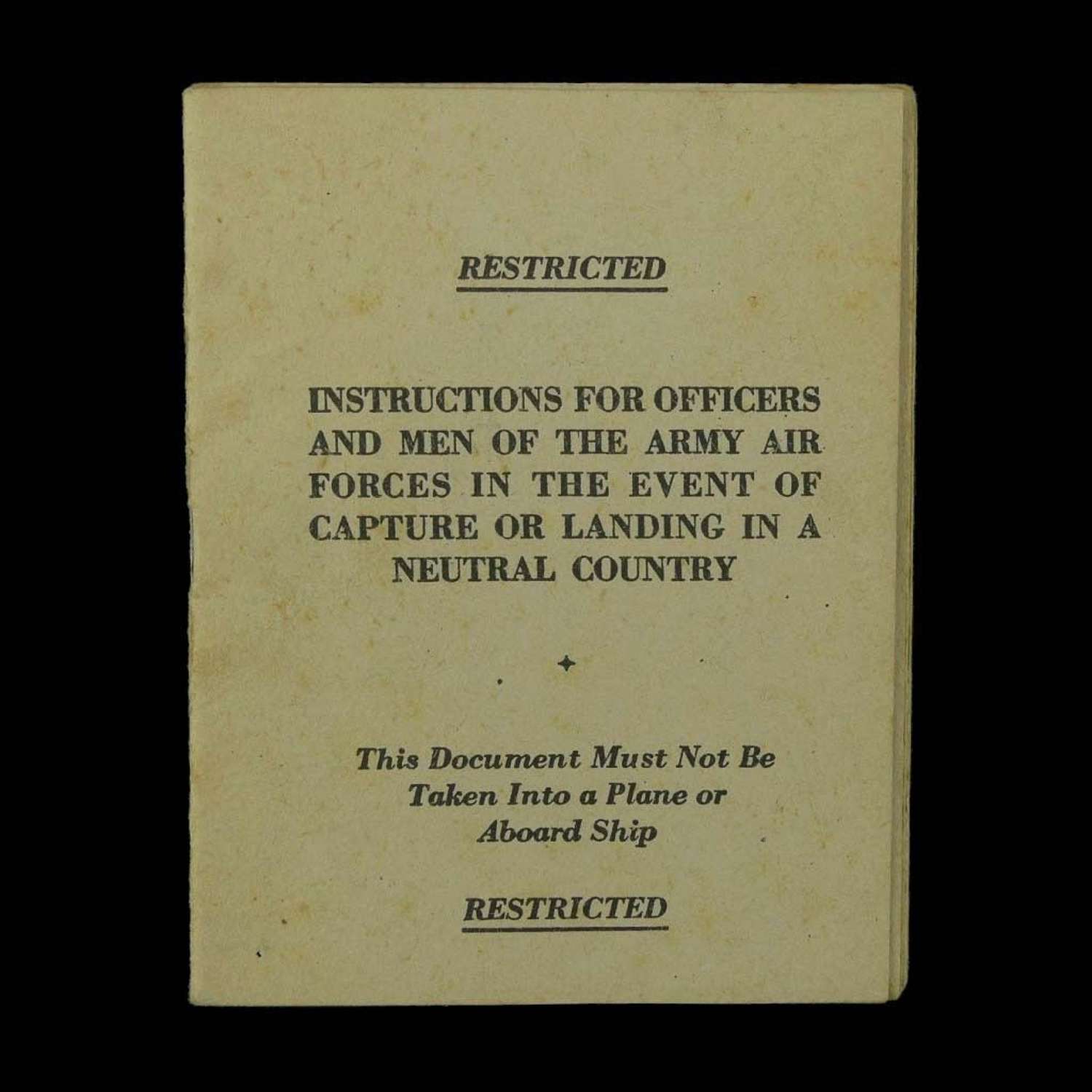 USAAF instructions for aircrew captured/landing in a neutral country

Restricted booklet issued by the US War Department, HQ AAF, March 1943.  P/b, approximately 10 x 13cm., 15p.  'Instructions for officers and men of the Army Air Forces in the event of capture or landing in a neutral country'.  'Prisoners of war have many rights.  These are stated in the Geneva Convention of 1929'.  Advises escape at every opportunity and that  as a prisoner of war  you must give just a name,  rank and serial number.  It also explains what information the enemy will try and extract and how they might go about this.    It advises 'Destroy, if possible, your aircraft, maps etc., by fire if brought down.  Do not carry and do not allow anyone else to carry any unauthorized papers, official or private,  on  a flight'.  'Don't talk shop...  never believe anything you are told from enemy sources... plan to escape'.  Also gives advice on contacting the American military attache if stranded, detained or interned in a neutral country. Clearly marked 'This Document Must Not Be Taken Into a Plane or Aboard Ship'.  This was to be studied and learnt before taking to the air.  A superb and fascinating document in very good used condition.  This is very similar to the RAF A.P.1548, 'Instructions and guide to all officers and airmen of the Royal Air Force regarding precautions to be taken in the event of falling into the hands of the enemy'.  The first copy we have ever seen.  A real rarity.  Stock code P24215A-220. 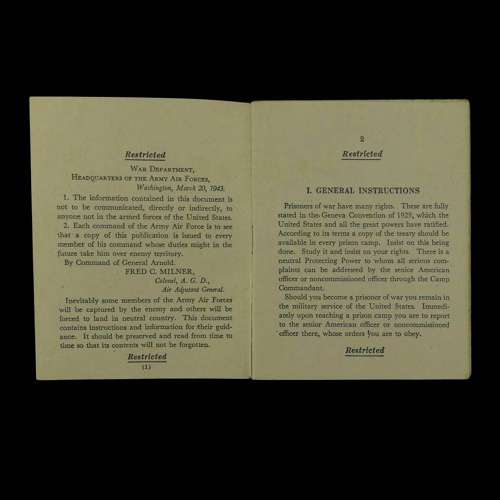 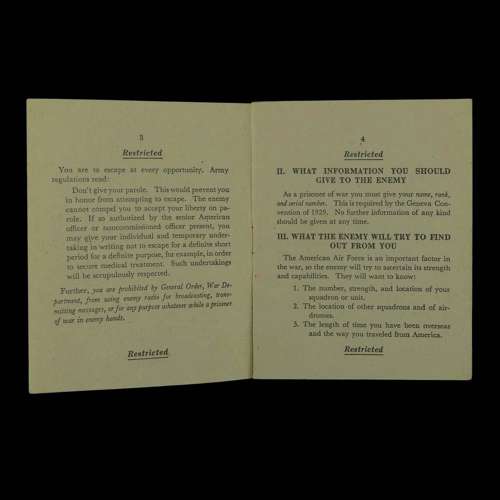 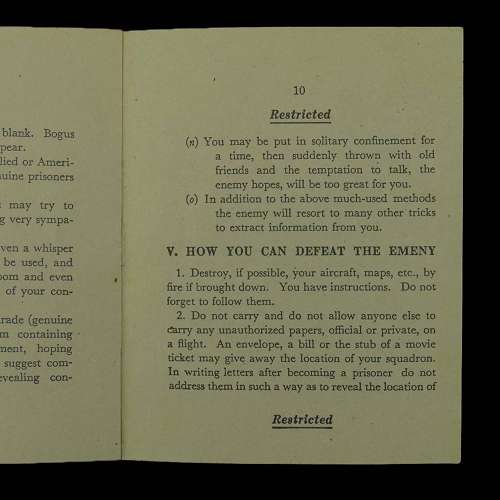 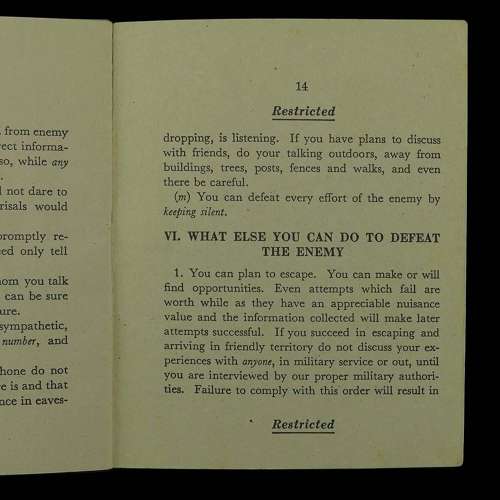 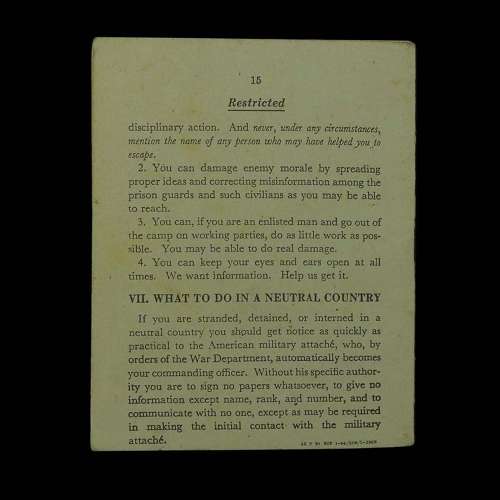 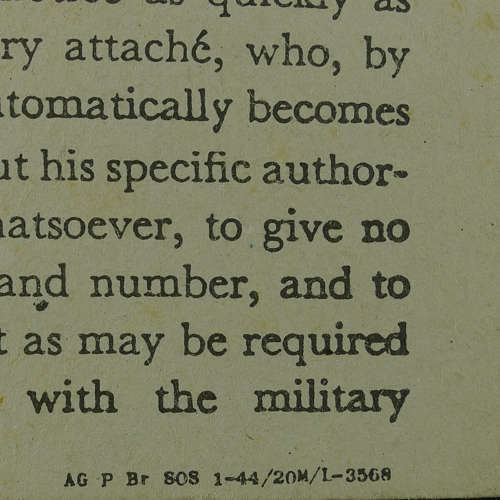