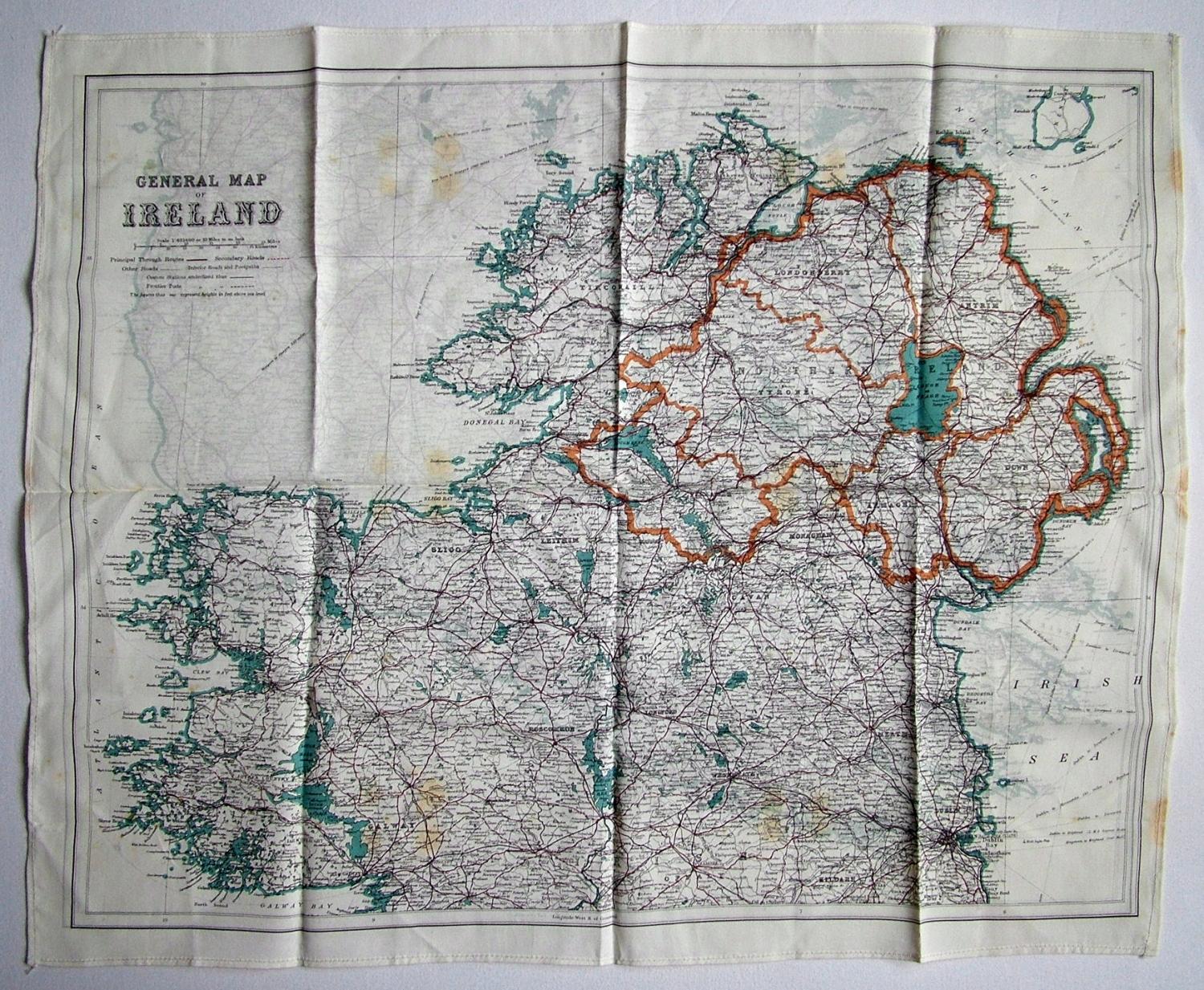 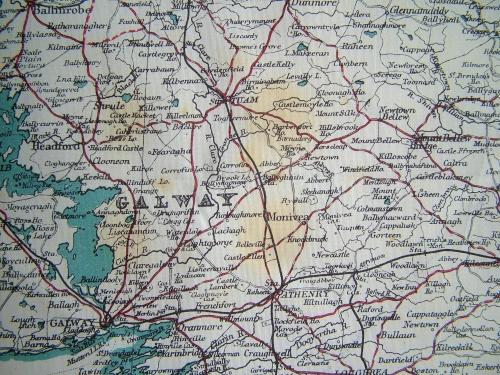 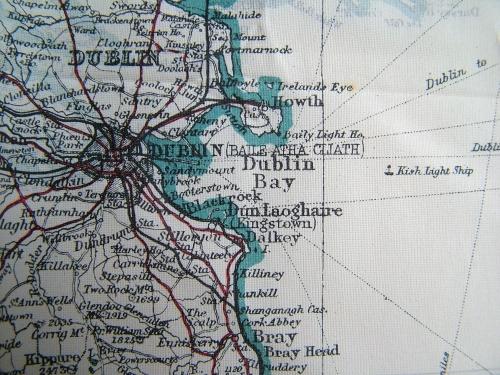 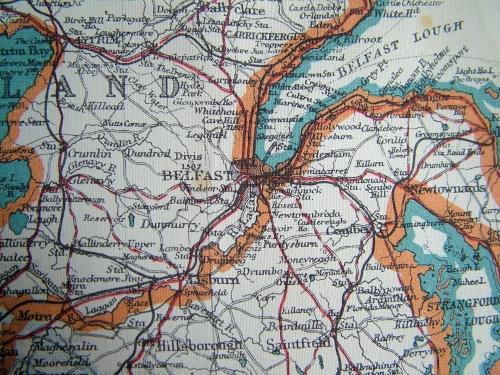 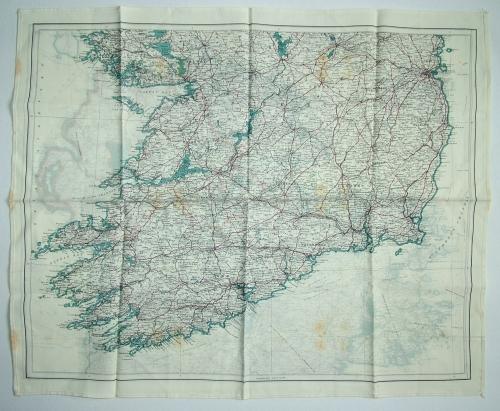 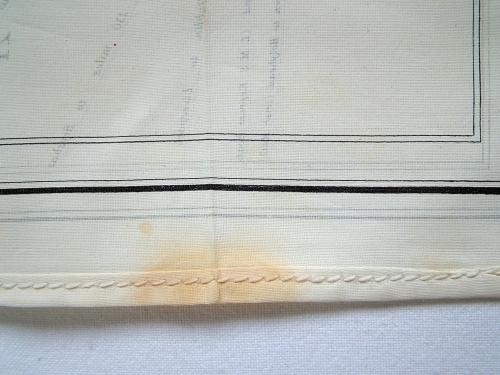 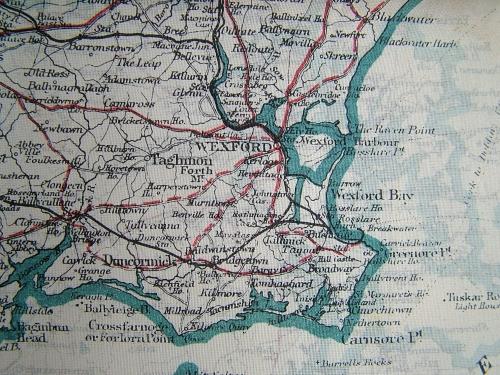 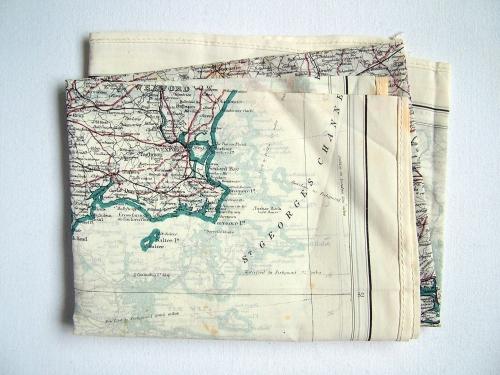 Ireland.  Scale 1 : 633,600 or 10 miles/inch. Double sided - mainly black, red and blue on white. Silk/rayon. Approx. 45 x 55cm. One side shows Northern Ireland and Southern Ireland down to Galway Bay. The reverse shows the remaining part of Southern Ireland. Although Ireland was officially neutral during WW2, and didn't declare support for either side, in practice Luftwaffe pilots crash-landing within the country were interned. RAF and other allied airmen were often allowed to cross the border into British territory although some were also interned. This map was presumbly intended for allied crews who wanted to ensure a swift passage back to British soil. Hemmed edges. There are some small stains but in clean condition oveall.  The map has been folded and is a little creased/crumpled. We purchased two of these a few months ago.  This is the last one.  Stock code E19306.