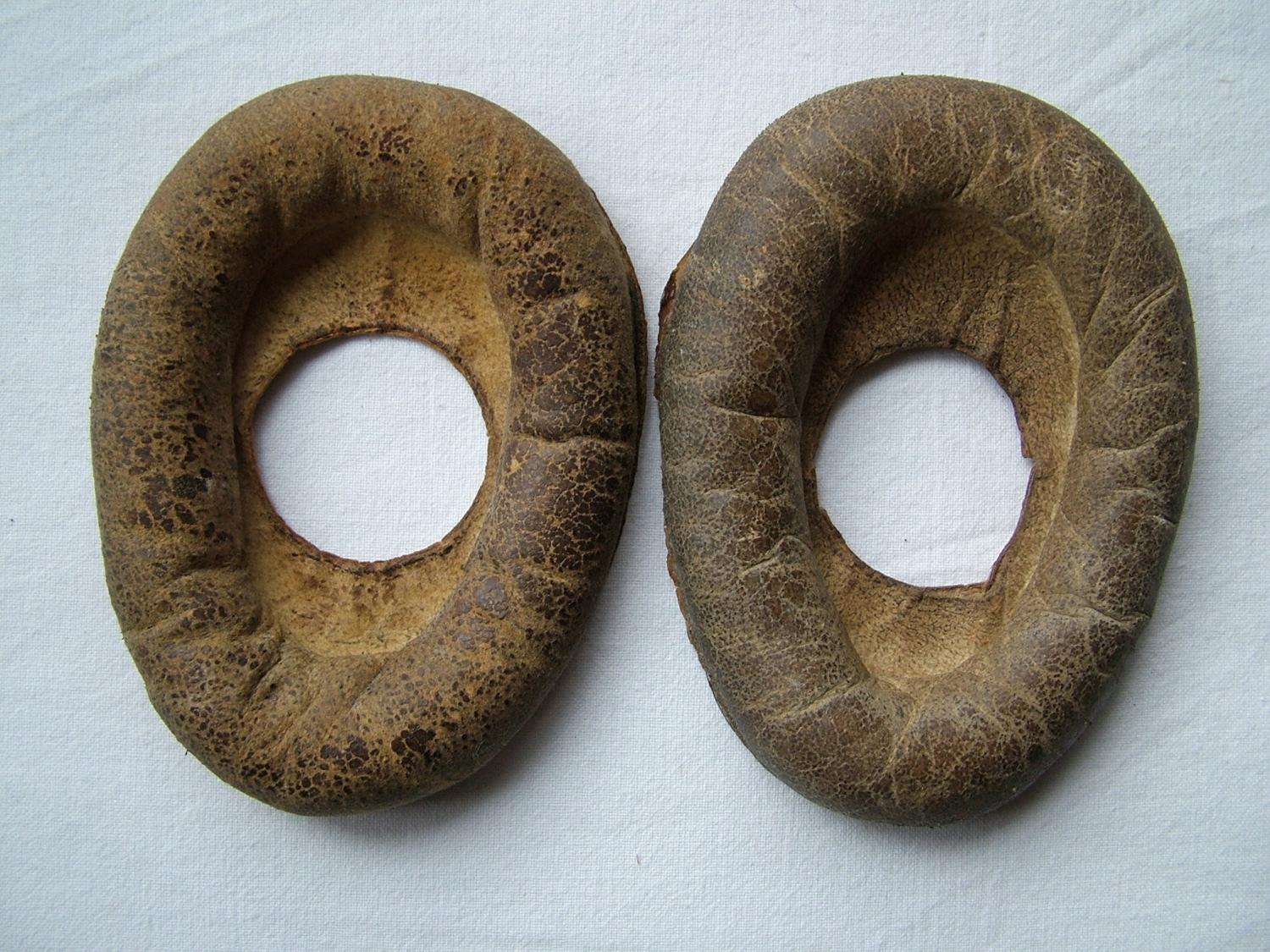 A matched pair of original WW2 RAF chamois leather earpieces commonly referred to as 'donuts'. These are the same pattern as those used in the late wartime C, D, E and FAA equivalent flying helmets. Our stock is taken from the earpieces of WW2 RAF headsets that utilised the same receivers and make exact replacements where damaged or removed. Simply glue into postion and sew around the edge if required. This pair is a bit grubby and has some splitting to the rear (not seen in use) but in reasonably good used condition. Stock code HA3. 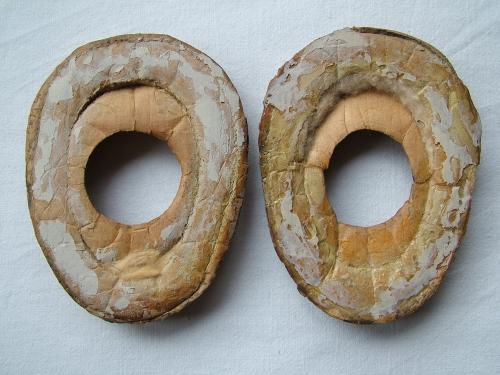 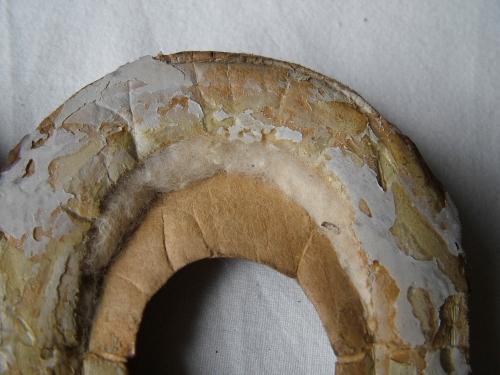