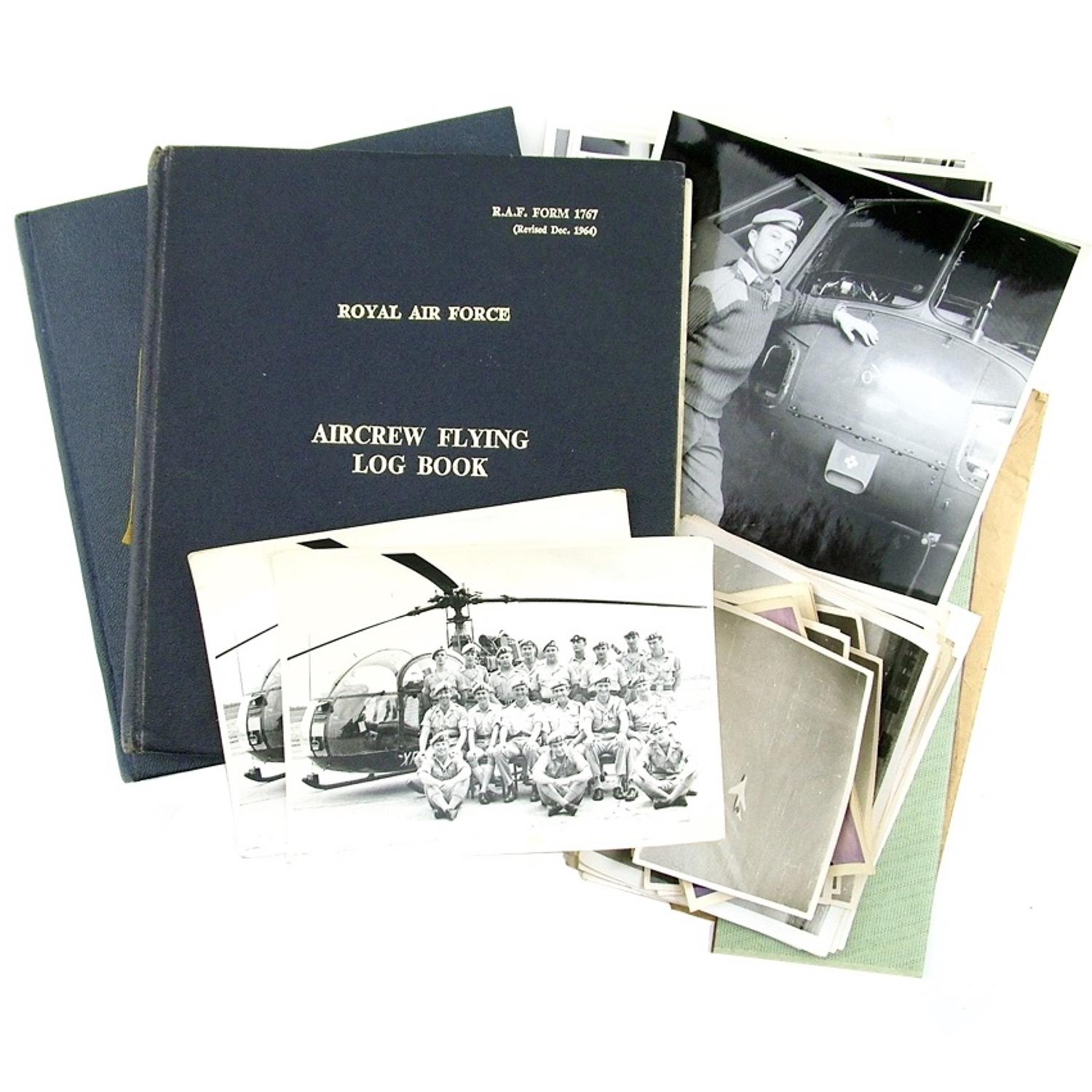 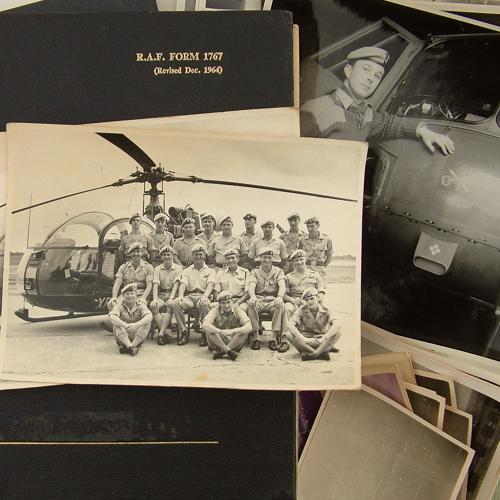 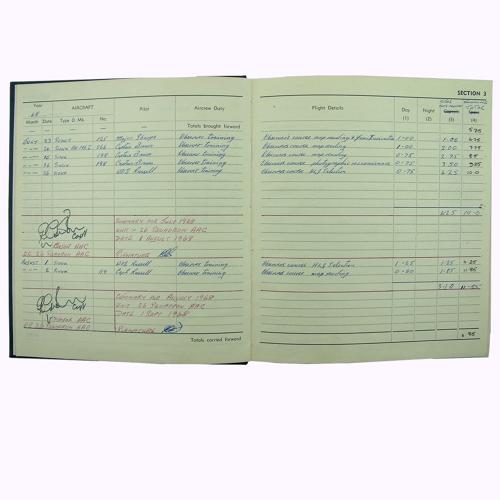 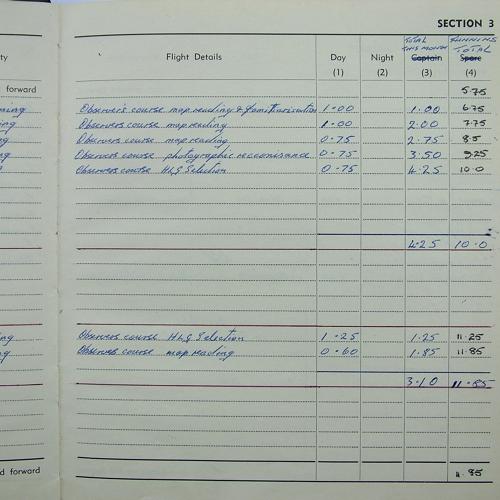 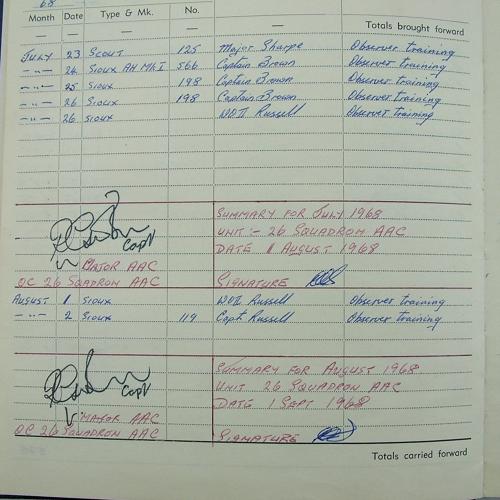 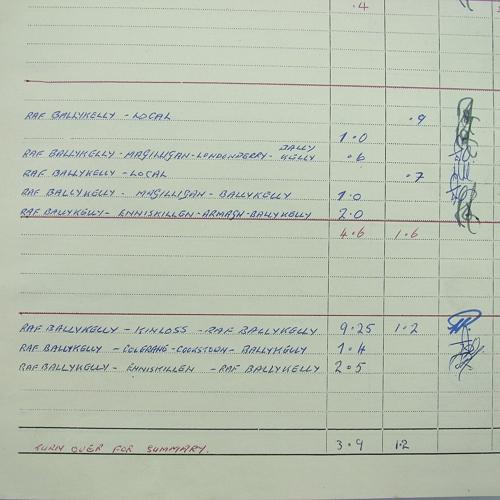 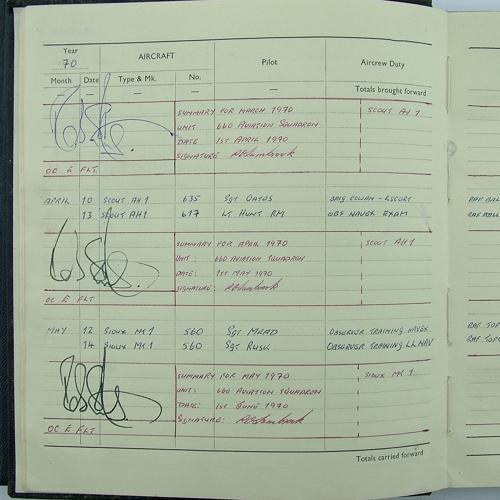 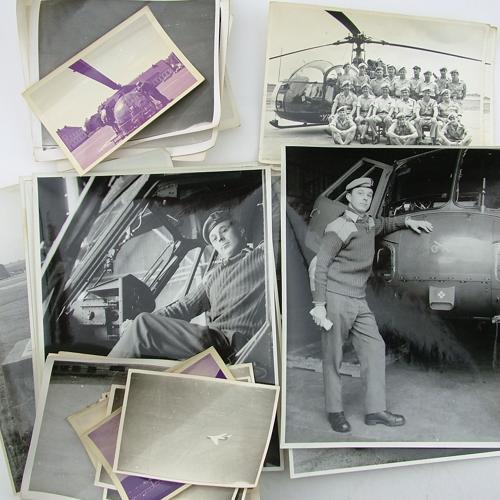 Form 1767.  Royal Air Force Aircrew Flying log books  named to Paul Sambrook, an observer on helicopters.  The first log starts in April 1968  with Sambrook on observer training exercises with 26 Squadron Army Air Corps flying in Bell Sioux helicopters.  By 1970 he has moved onto Westland Scouts with flights continuing to August 1971 when the log ends abruptly.  Strangely the second log begins in January 1970 with sorties in Westland Scouts with 660 AVN Squadron flying in Northern Ireland for 4 months before moving to Topcliffe in Yorkshire.  The log ends in July 1971.    The logs come with a quantity of black and white photographs including 6 large (16 x 20cm) shots of Sambrook with a Scout Helicopter or on the airfield.  A further 15 photos (13 x 11cm) show helicopters, airfields, vehicles, missiles, 'V' bombers in the air etc.  11 smaller photos have a similar range of subjects.    One of the first set of logs to a helicopter crewman that we've had.   Stock code P22873-11.