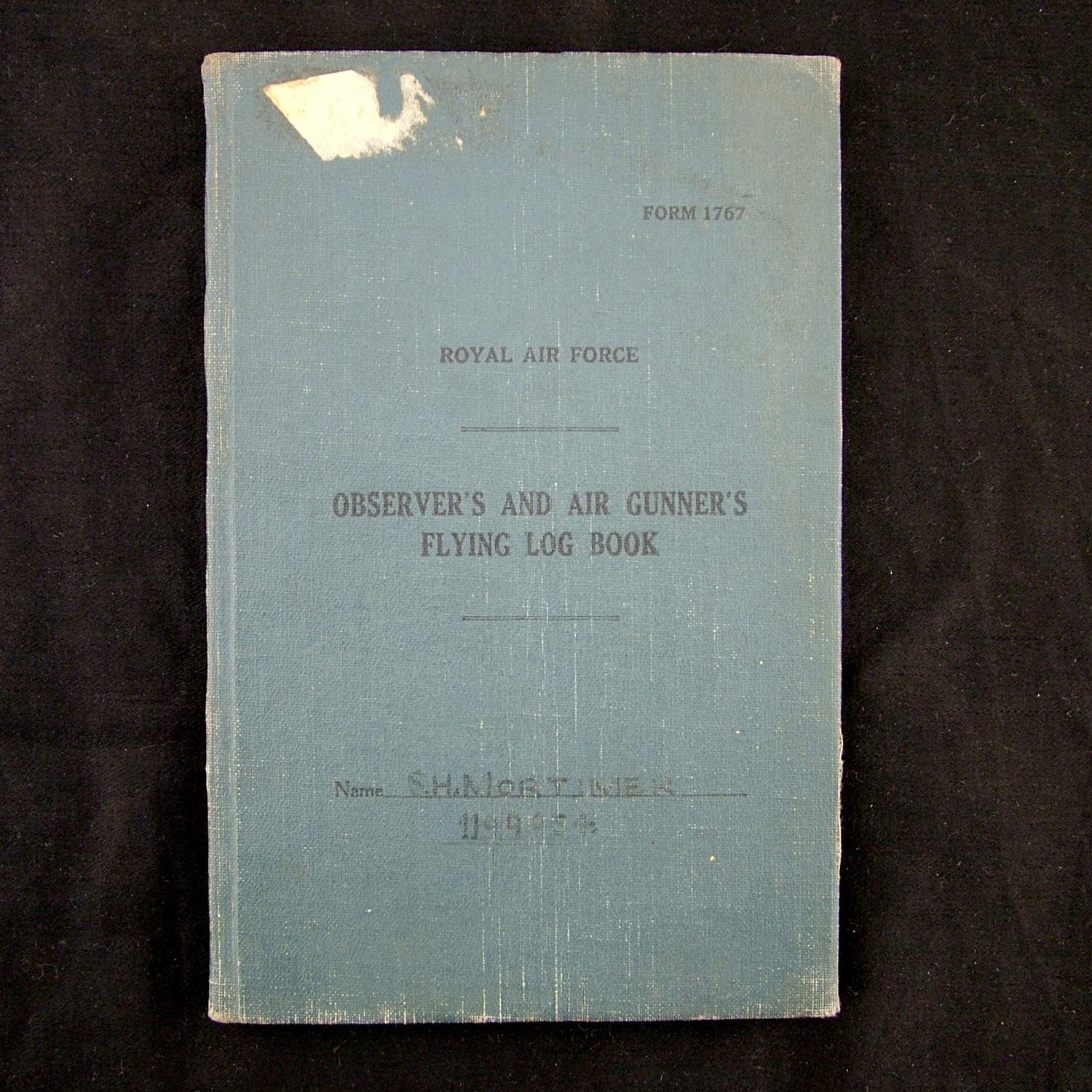 Flying log book to Flight Sergeant S.H. Mortimer (1199954) covering the period 09.10.42 to 24.06.44.  The log begins with training on Dominies and Proctors at No. 4 Signals School and then to No.1 Air Gunnery School, Pembury on Blenheims.  In March 1943 he went to No.15 Operational training unit at RAF Harwell on Wellingtons before posting to 196 Squadron at Leconfield.  Operational flights commenced 21.05.43 with a mine laying sortie to Schiermonikoog followed by another to Dortmund on 23rd.  This was a major Op with 826 aircraft taking part and nearly 2000 buildings destroyed.  His fourth Op to Wuppertal was also part of a huge raid comprised of 719 aircraft and resulted in a 'firestorm' destroying approximately 1000 acres / 80% of the built up area.  His final Op (6th) to Dusseldorf was on 11.06.43 and turned out to be the most damaging raid of the war for this city.  Wellington X MS 496 took off at 2304hrs.  Mortimer writes 'Starboard engine cut, hit by flak off Dutch Coast.  Attempted landing at Docking.  Crashed in Flames'.  This killed both  Pilot , F/O F.W. Jackson and Navigator, P/O R.P. Lea and left the rear gunner Sgt. I.P. Prothero, bomb aimer, Sgt. J.S. Atherton and Mortimer burnt and with broken limbs.  Mortimer was subsequently posted to Driffield on 05.06.44 and undertook local flights but after a year of recovery and recuperation was unable to continue and as the log notes 'Withdrawn From Air Crew Duties'.  The log has various official stamps and is signed off by the Commanding Officer.  Originally sold by Michael Young back in 1988.  Most of his stock was sourced directly from the veterans.  A well written and interesting log.  Stock code P23495. 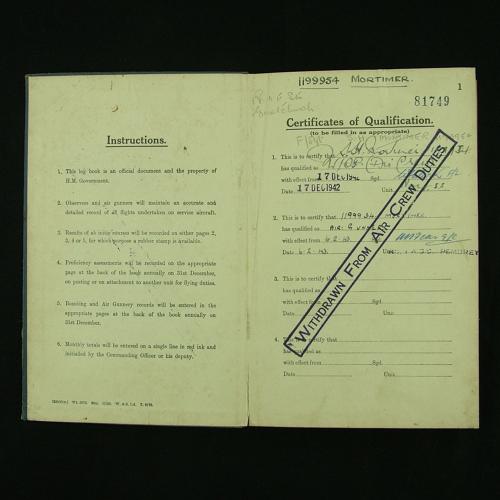 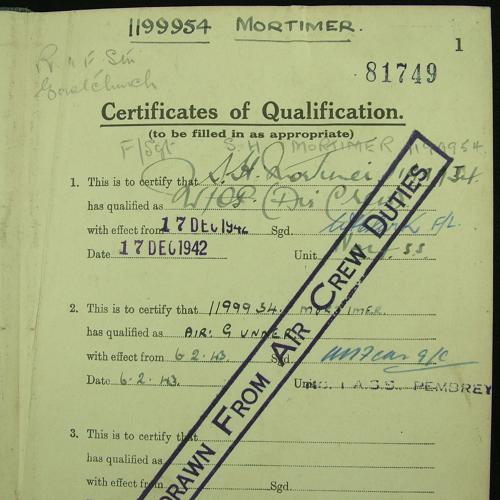 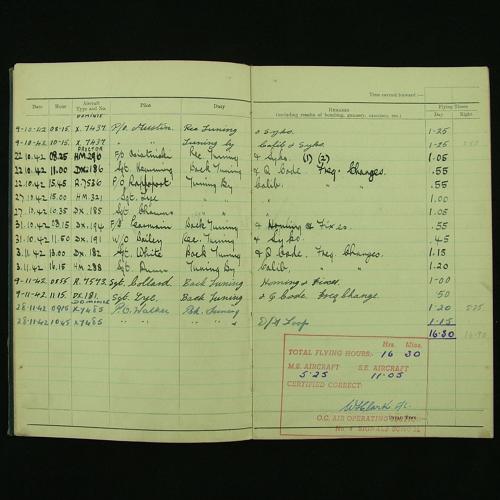 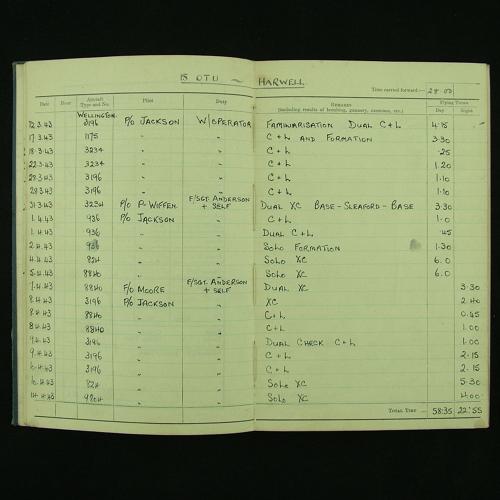 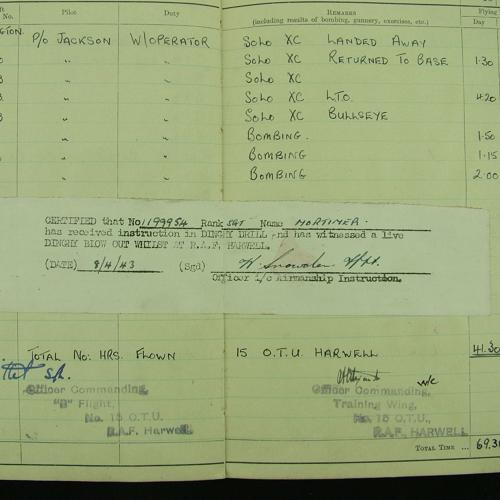 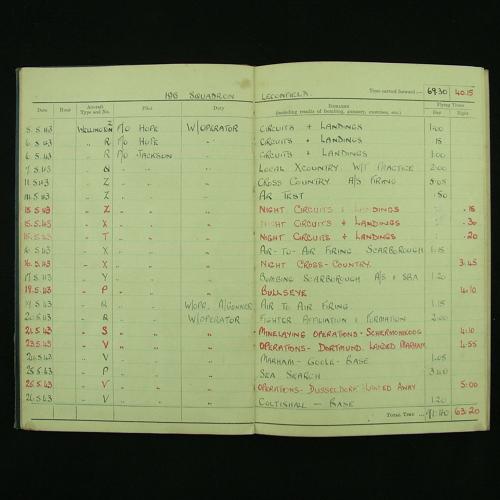 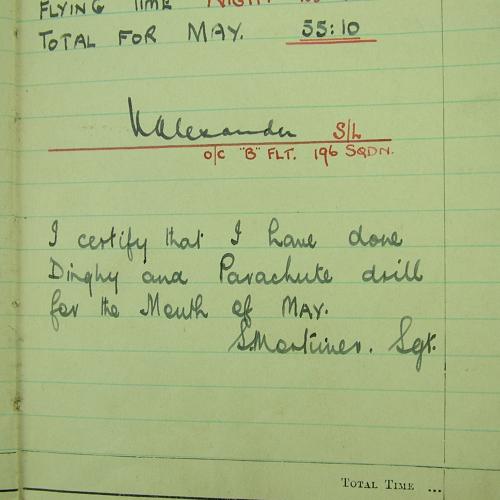 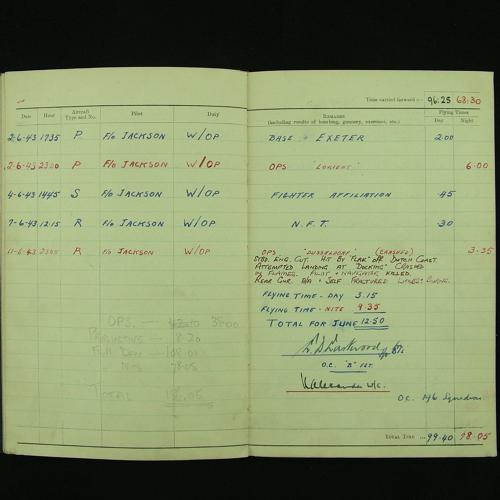 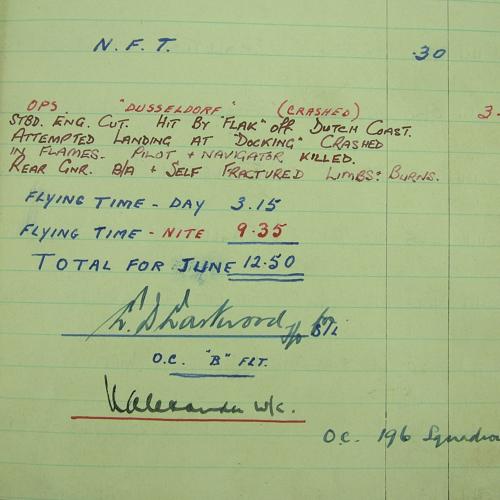 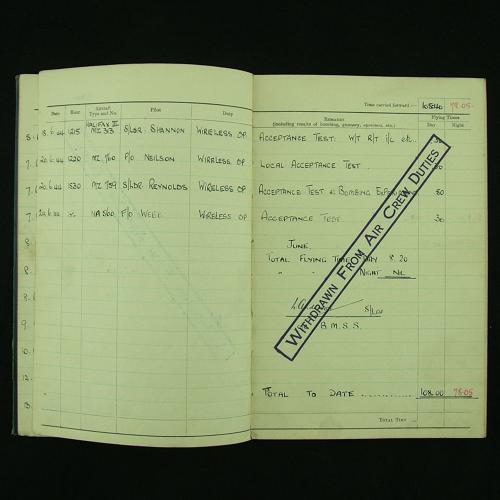 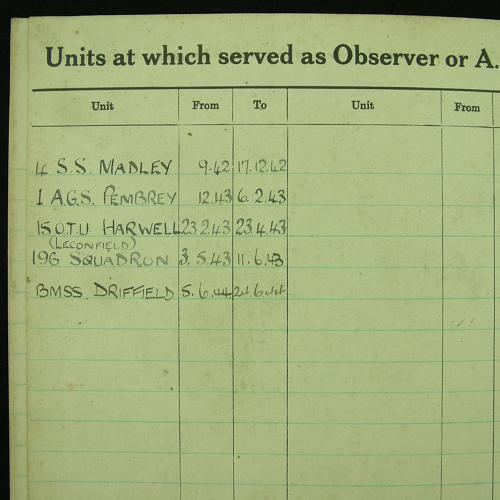