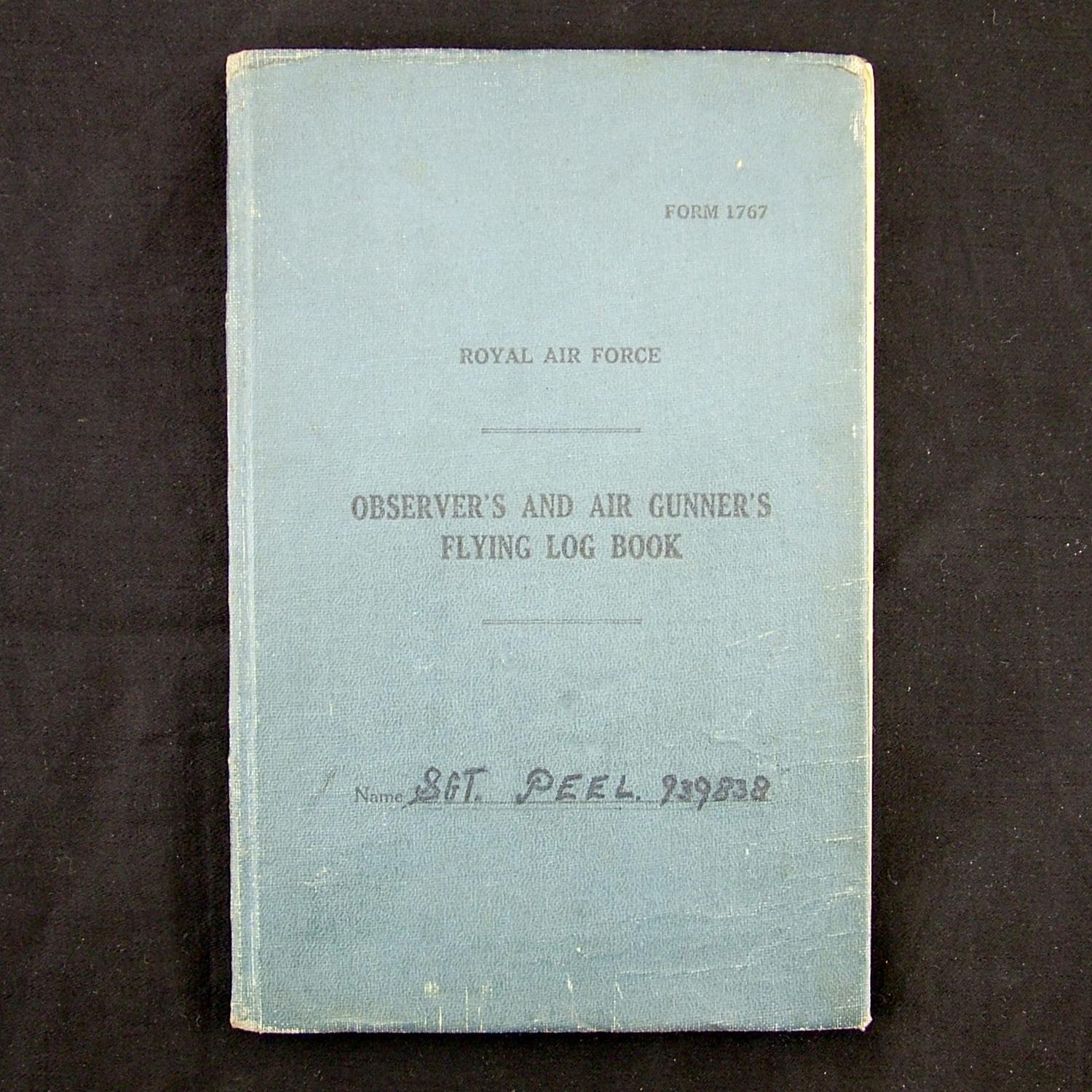 Flying log book to Sergeant Robert E Peel, an airgunner with 405 (RCAF) Squadron.  The log starts in July 1941 at No.10 Bombing & Gunnery School, Dumfries, Scotland flying Whitleys where he is assessed as 'above average'.  By August he has been posted to 'B' flight of No.22 Operational Training Unit  at Wellesbourne Mountford on Wellingtons before a move to 'E' operational flight.  In November 1941 he has moved to 405 (R.C.A.F.) Squadron at Pocklington in Yorkshire as a rear gunner on Wellingtons.

On the evening of 6th January 1942 this aircraft was one of a number belonging to 405 Squadron that were flying an operational flight to bomb Cherbourg. They took off from Pocklington at 17.26hrs but cloud cover prevented this crew from seeing their target so they jettisoned their bomb load. On their return to Yorkshire the aircraft landed at Holme on Spalding Moor airfield at 22.25hrs. They had been cleared to land at Pocklington airfield but were actually in the circuit of Holme on Spalding Moor at the time and landed there by mistake. The area was almost certainly covered in a blanket of snow at the time possibly confusing the crew. After touching down it then struck Wellington R1695 damaging both aircraft.  It later transpired that the crew had received both wireless communications from Pocklington informing them to land there and also Aldis light signals from Holme instructing them the same.  A Court of Inquiry would follow and found the crew of Z8418 were not to blame bu this essentially ended Peel's flying career.  After that there are just a few non operational flights in Ansons.  The log was originally purchased directly from Peel by Michael Young in 1991 and comes with brief correspondence with the veteran.  In it he mentions them landing at Holme instead of Pocklington  :  'unfortunately another aircraft flown by a S/Ldr was doing circuits & bumps and we collided on or just above the runway.  Both aircraft were written off.  As a matter of interest I understand that my pilot (P/O Theile) survived the war as a Wing Commander D.S.O, D.F.C & bar - a New Zealander'.  Theile actually had two bars to the DFC, one of only four New Zealanders to do so.  Stock code P23483. 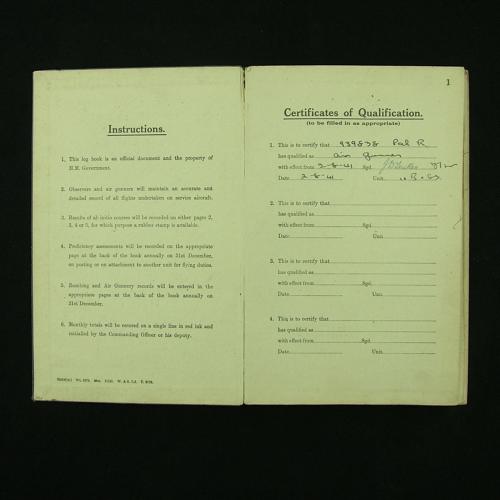 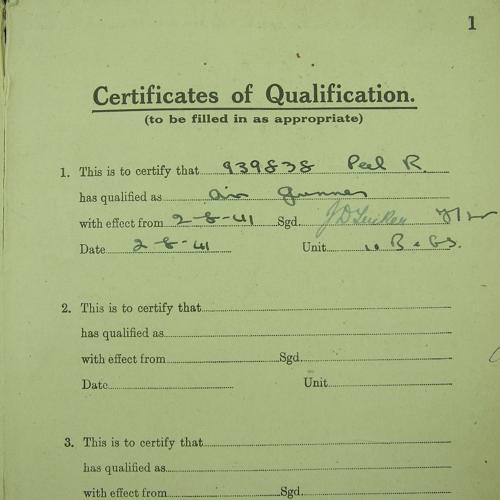 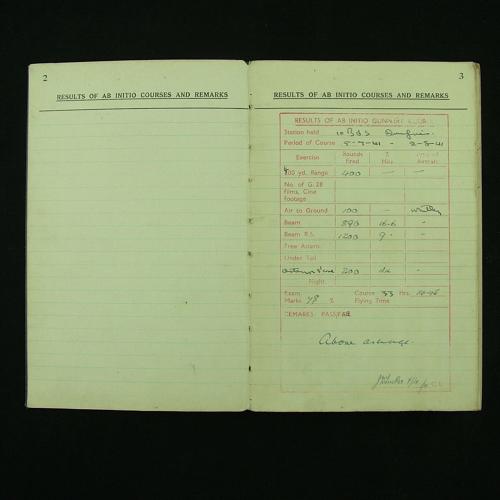 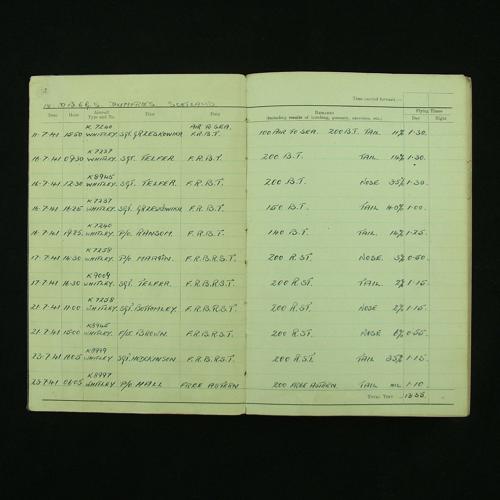 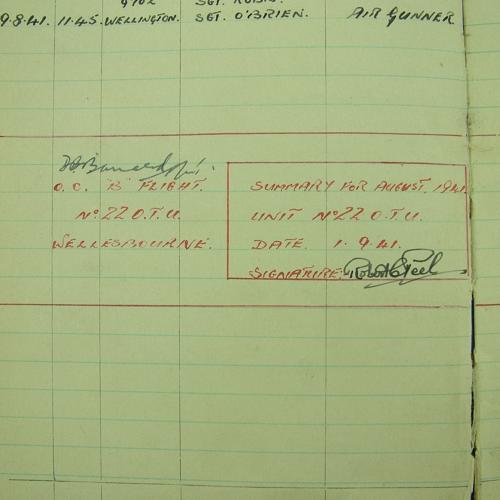 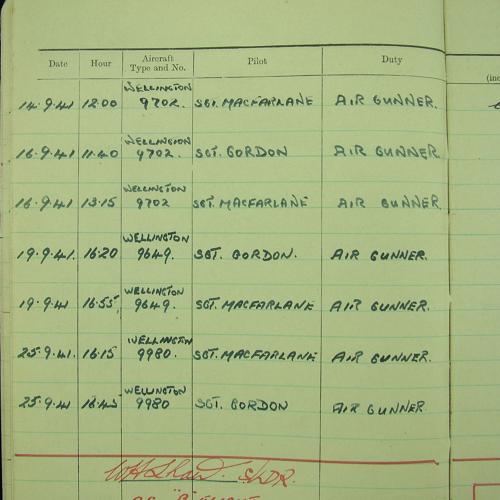 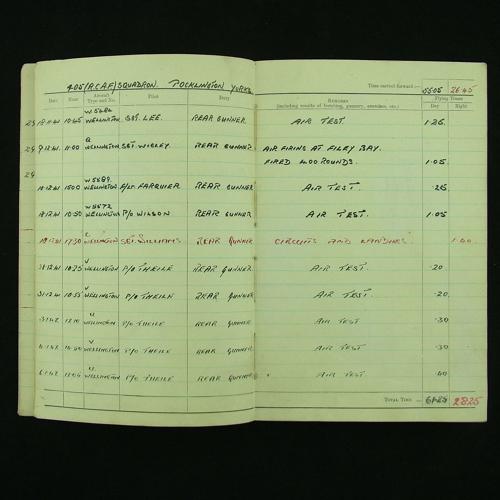 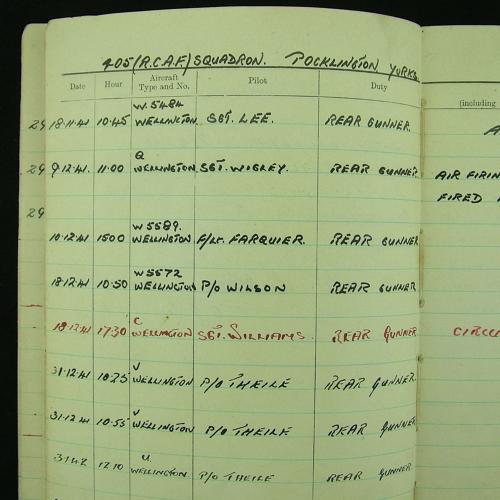 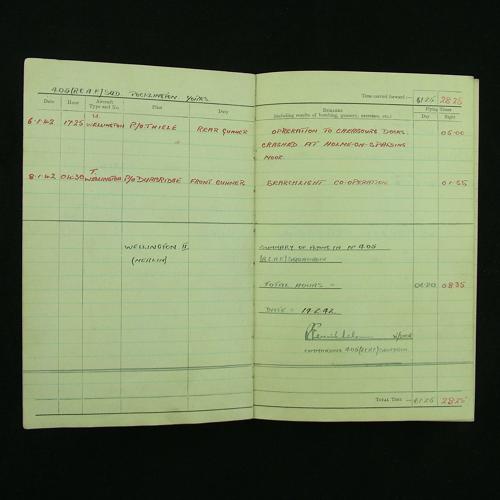 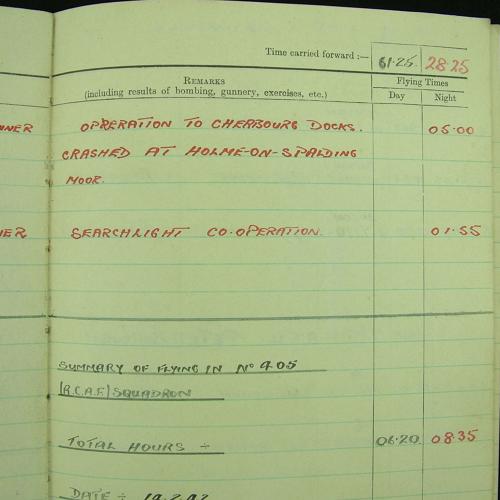 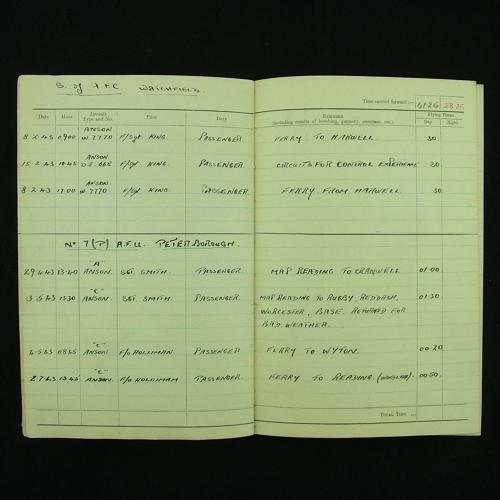 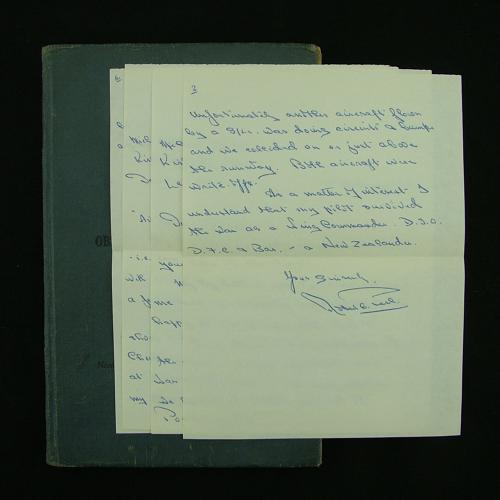