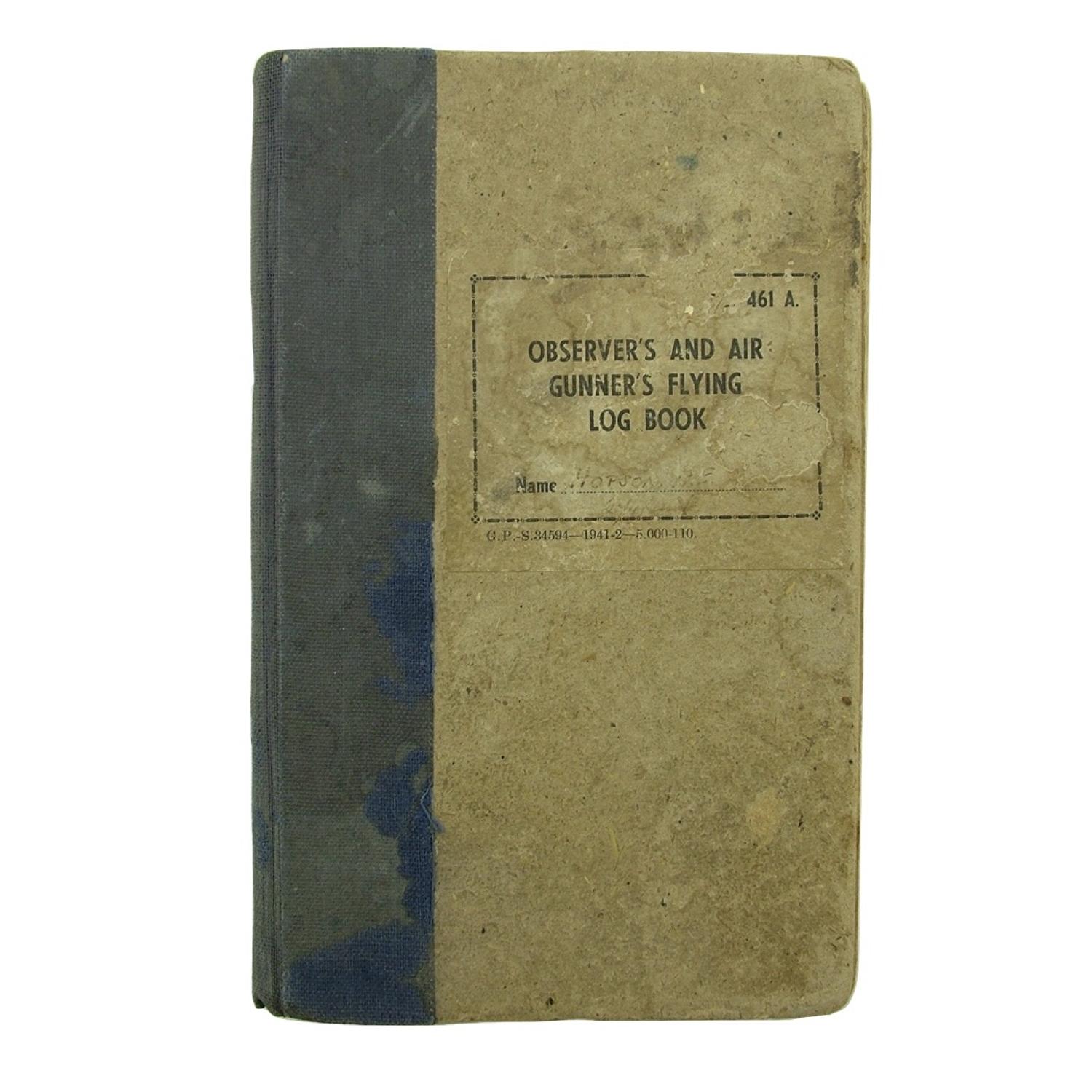 SAAF flying log book for observers and air gunners.  Named to Sergeant A. E. Hopson (27484V) and covering the period from February 1943 to May 1945.  It begins with gunnery training exercises at Advanced Signals Training School  at Germiston, South Africa.  From there to 43 air school at Port Alfred on the Eastern Cape flying in Airspeed Oxfords, Lockheed Lodestars and Venturas.  In June of 1943 he was posted to No.22 Squadron Mtubatuba, Zululand flying convoy duties searching for submarines and survivors.  In April 1944 he went to 70 operational training unit at Shandur in Egypt, being assessed as an 'average' airgunner.  By July 1944 he was posted to 12 Squadron, Pescara, Italy flying in B-26 'Marauder' bombers.  Targets include barracks, bridges, marshalling yards, gun positions, troop concentrations and bomb dumps.    Throughout he notes the anti aircraft fire and other events such as being 'attacked by fighters', 'holed in both engines', 'intense heavy accurate A/A. Plane holed' etc.  During October 1944 the squadron moved to winter quarters at Jesi, Italy  and operational flights continue throughout December to the middle of April 1945.  Notable sorties include the bombing of marshalling yards at Conegliano where he writes in the log 'before reaching target attacked head on by Me109 decoy.  Hit in aileron, broke away from formation.  4 Me109 made front attacks from beam while 2 came in our tail.  Four attacks pressed home.  A/c badly holed by MG & cannon fire.  Bullet passed though my turret perspex.  W.OP wounded in hand.  Rejoined Sqdn. out to sea when fighters broke away'.   Operational flights cease on 18th April by which time Hopson had completed a total of 80 sorties and was classified as 'above average and a keen worker'.  The log's cover is rather worn and the inner pages are yellowed and marked in places.  A well written log with very interesting content.   Stock code P22873-8. 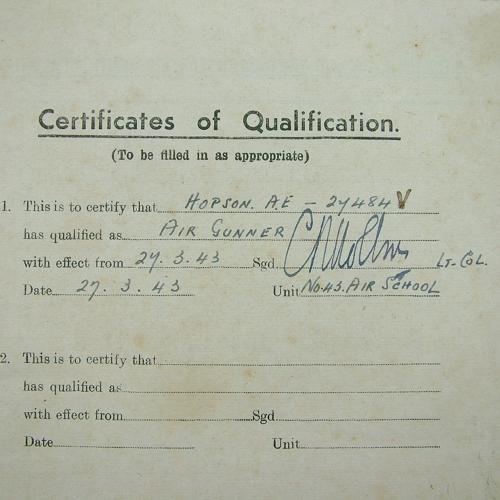 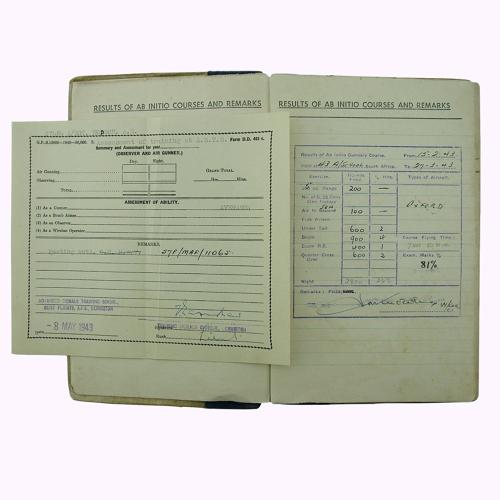 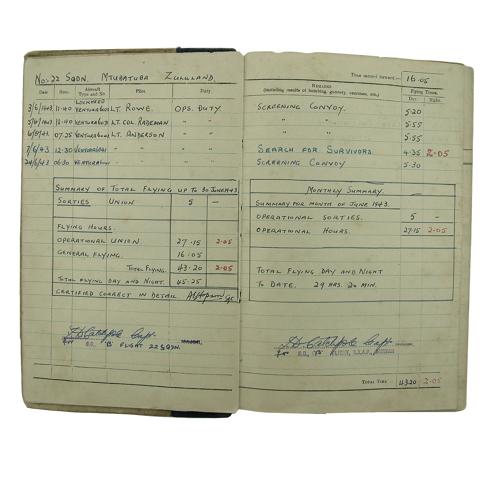 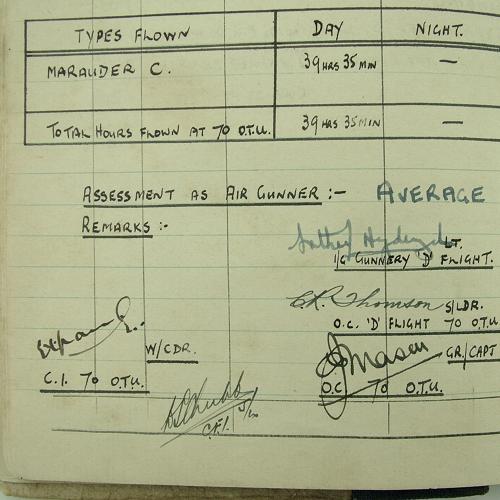 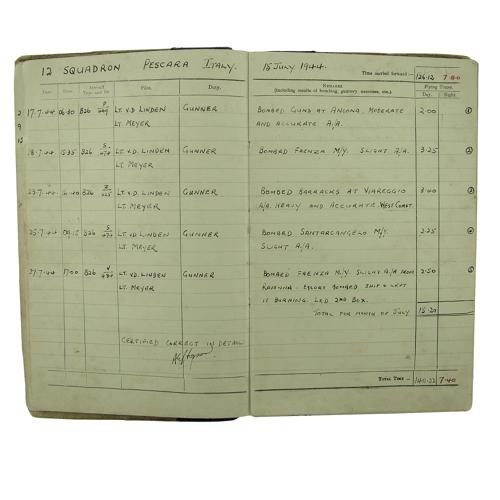 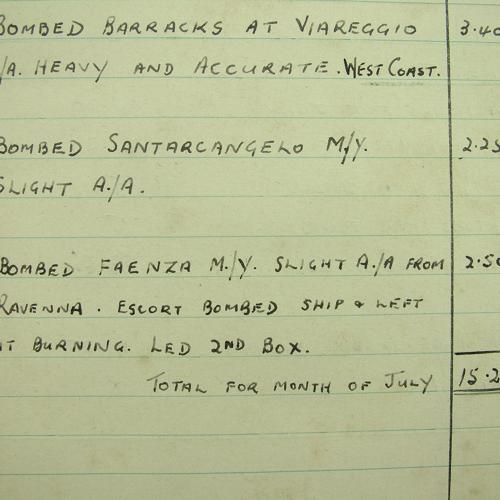 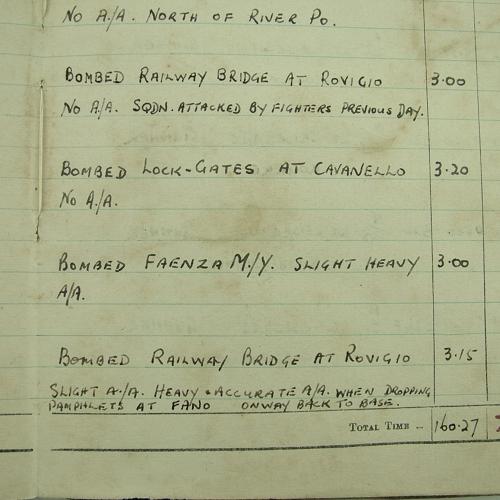 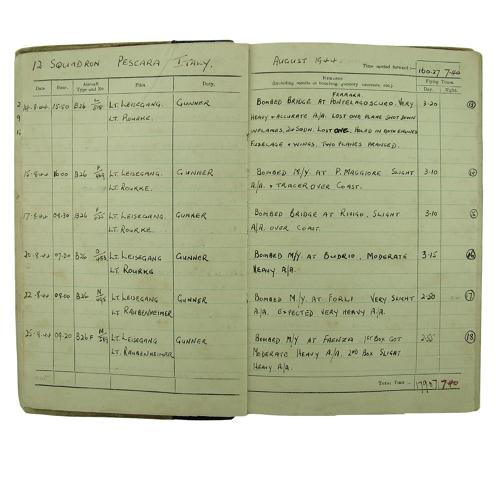 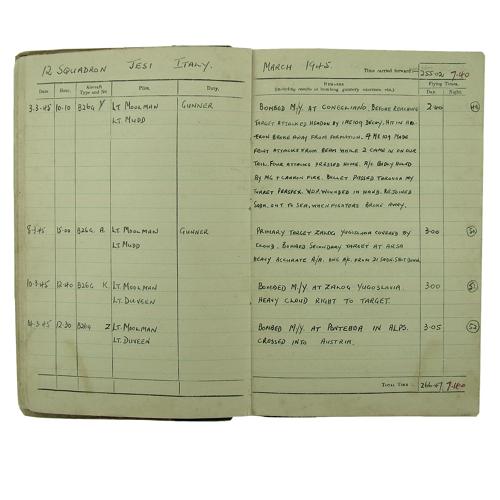 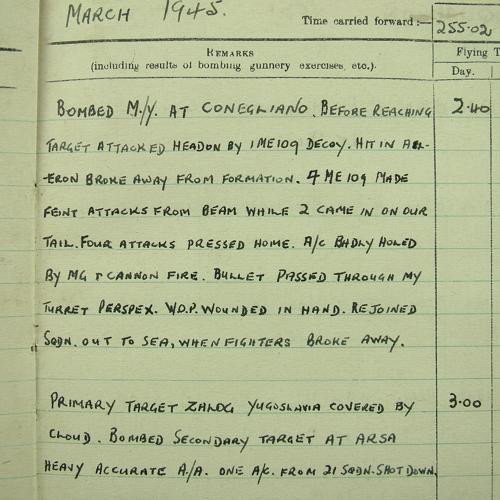 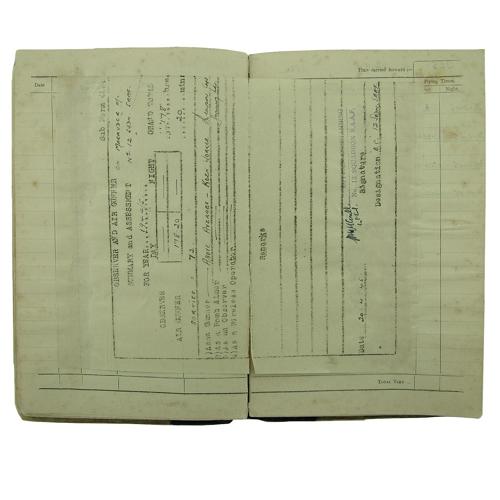