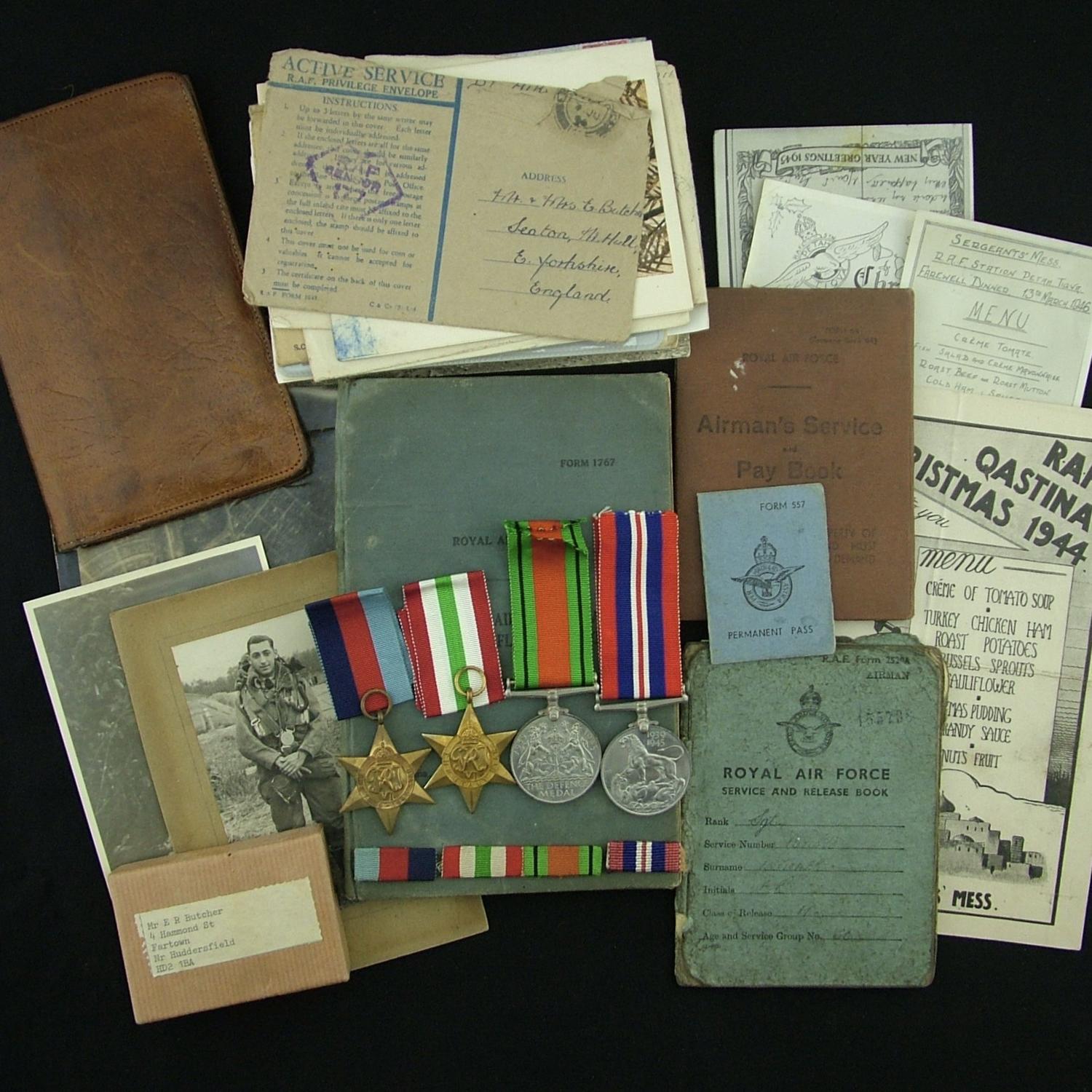 Log book grouping to Sergeant Ernest Roy Butcher, an airgunner with 70 squadron.  Covers the period from June 1943 to July 1945.  He trained at No.8 Air Gunnery School Evanton (Inverness) then on to 'X' flight 21 Operational Training Unit (OTU) at Enstone & Moreton In March on Wellingtons.  In January 1944 he was posted to No.70 Squadron in Torterrella, Italy as a rear gunner on Wellington bombers.  Operational sorties began 16.01.44 to Villaorba aerodrome.  He did a total of 37 Ops on targets including the Anzio Bridgehead; Padua & Vicenza marshalling yards; Sofia (he notes that fighters seen over target); Budapest (Manfred Weiss Works); Strafing of barges and mine sowing on the Danube; Turnul Severin marshelling yards (Rumania - A/C holed by flak); Feversbrunn Aerodrome (fragmentation bombs); Mine sowing in the Danube Nr. Belgrade - height 100'   Shot up Nr. Pancevo; Terni - supporting 5th & 8th Armies in bombing roads through town stopping jerries retreat from Rome; Munich - masses of searchlights & night fighters; Feversbrunn aerodrome, Austria - many night fighters - target well pranged, aerodrome rendered unserviceable & 19 Me109's destroyed.  Nicely written up with details of bomb loads, enemy aircraft, searchlights and flak encountered.  Operational sorties end 24.07.44 after which he moves to 77 OTU at Qastina in the Middle East on test flights until the end of the war.  Well written log with various official stamps and signatures.  It comes with a couple of related bomb raid photographs over Feversbrunn (29/30.05.44) & Budapest (35/26.06.44) and his boxed medals.  These include 1939-45 & Italy stars, Defence & War medals - with ribbons & medal slip.  The lot also includes his service & pay book, service & release book, permanent pass for 1945 and a super 11 x 7cm photograph c.1943 of him in flying clothing.  Other photographs include him in BD with others, him in BD with field service cap & brevet, 2 x photos of him with crew next to a Wellington - all in BD/Irvins (one named to rear).  Many others include him with his mother and family from the 1920s to the 1960s.  There are also various letters, birth certifcates, menus, a  bible etc.  A very nice log/paperwork grouping. Originally sold by us in 2001 we re-purchased this and are now offering it for sale once more.  Stock code P22873-12. 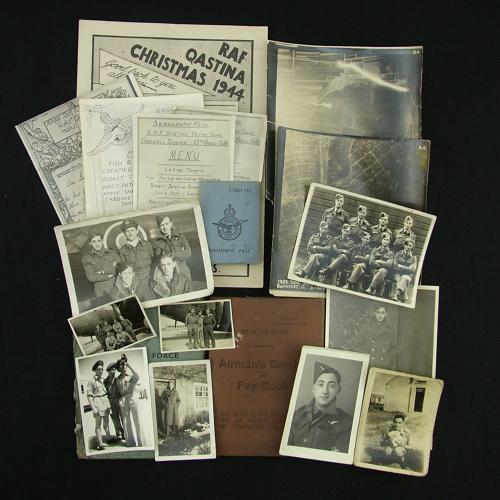 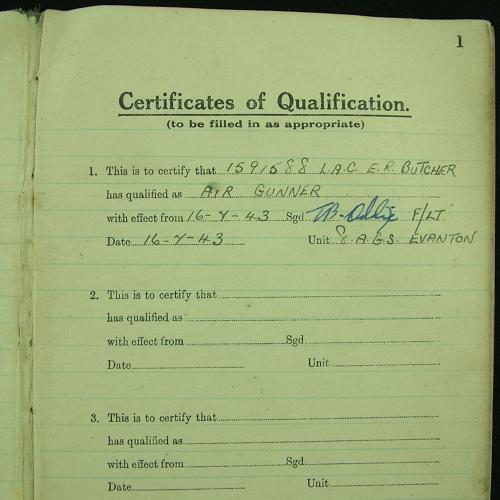 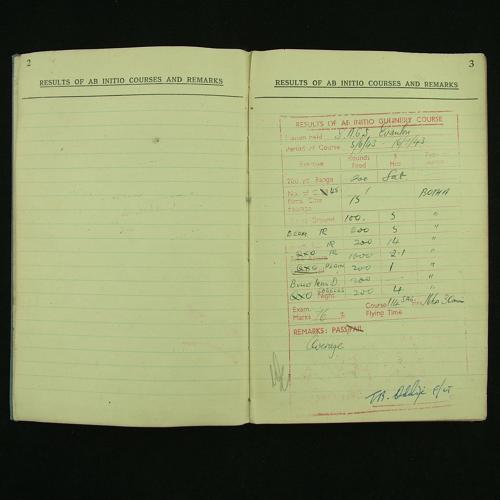 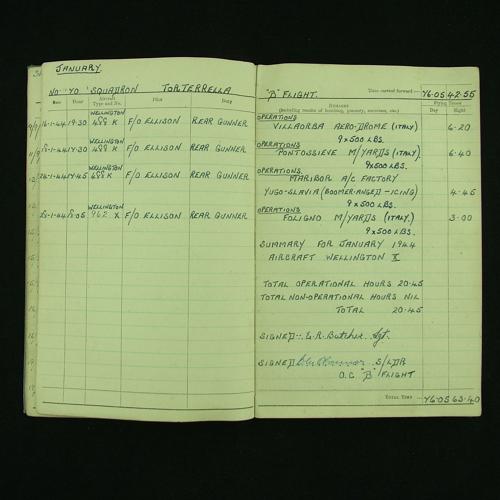 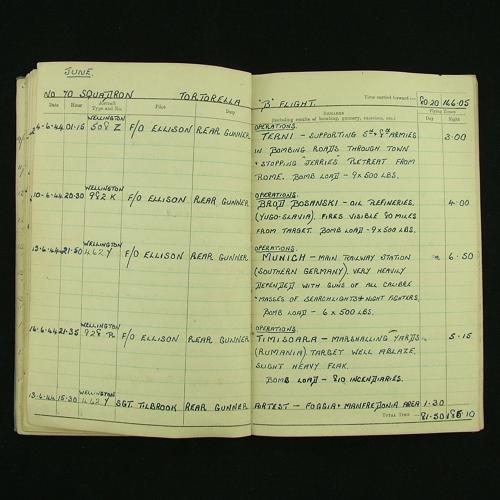 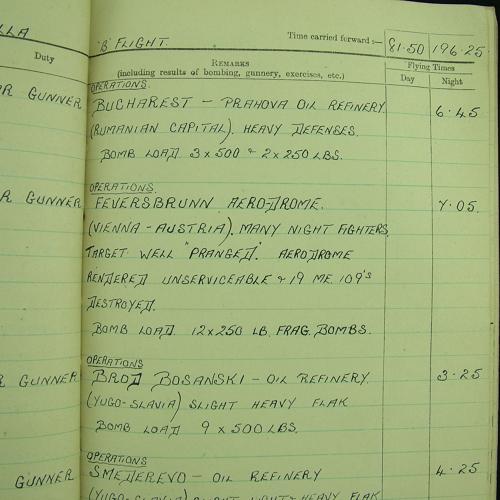 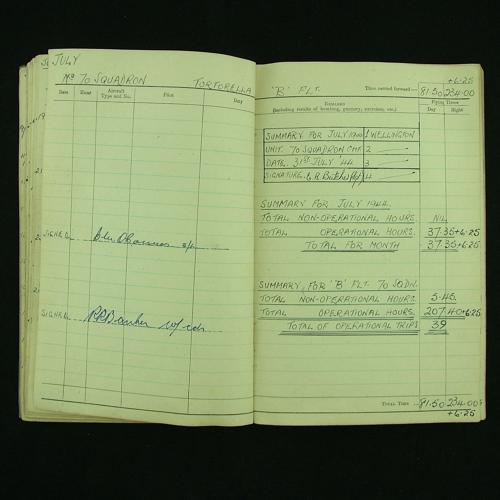 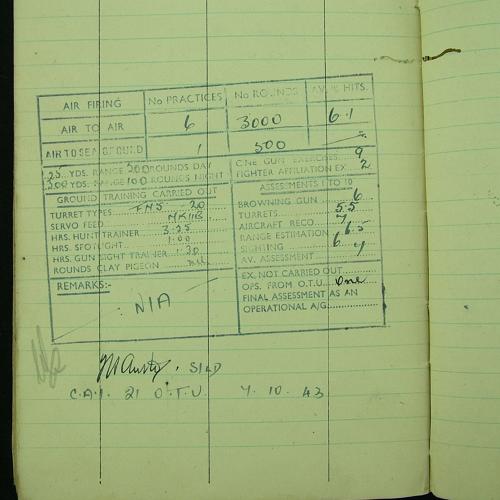 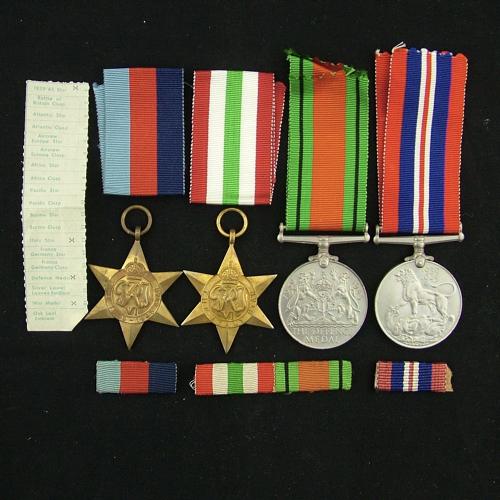 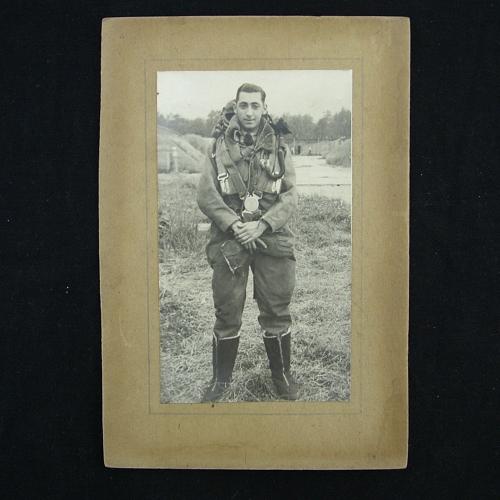 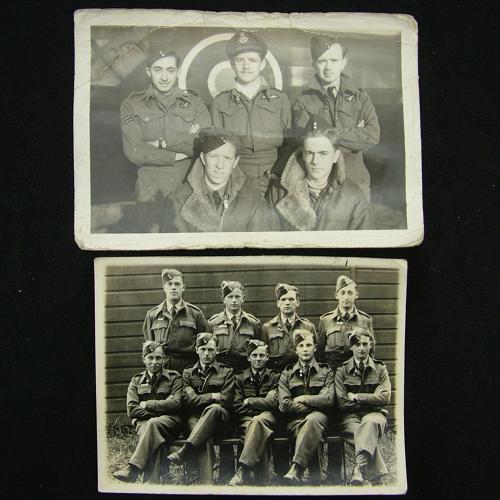 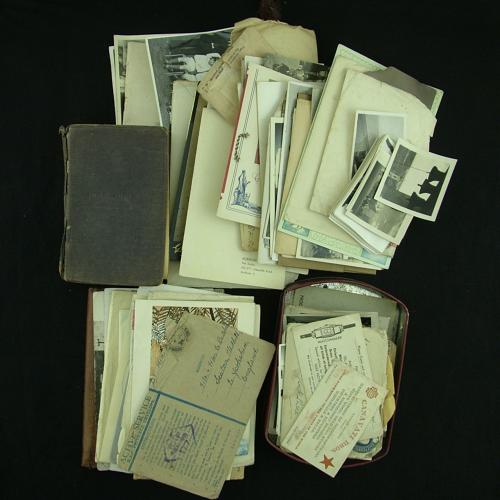