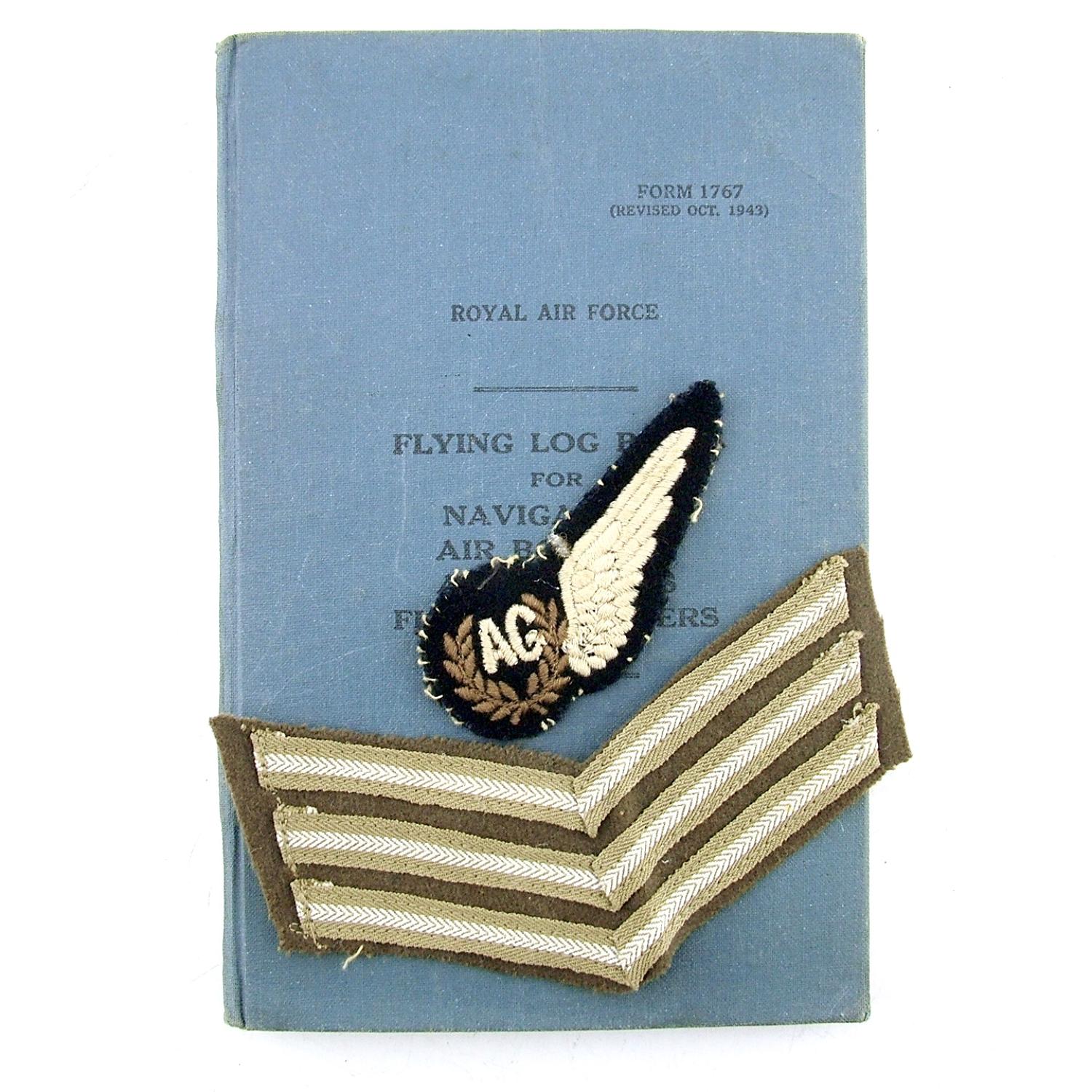 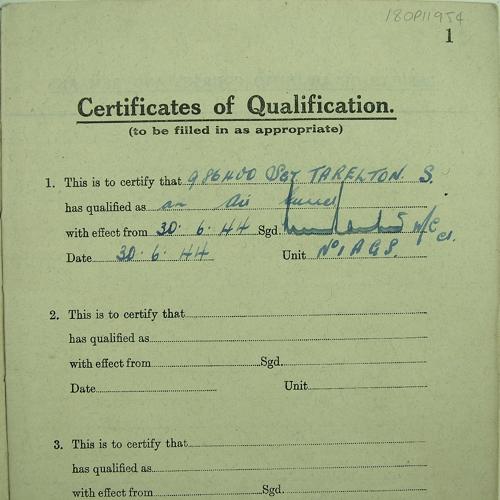 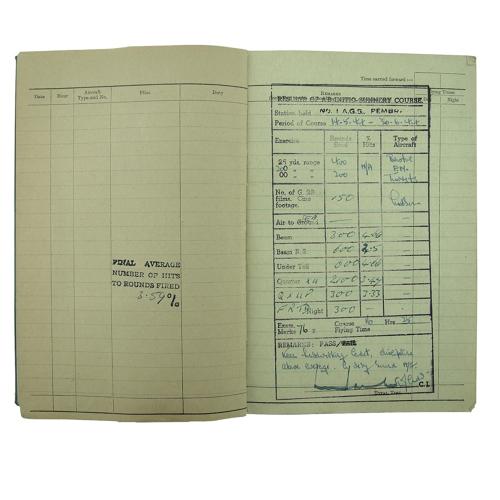 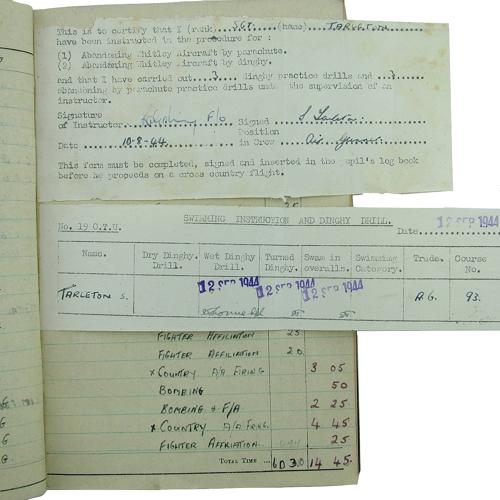 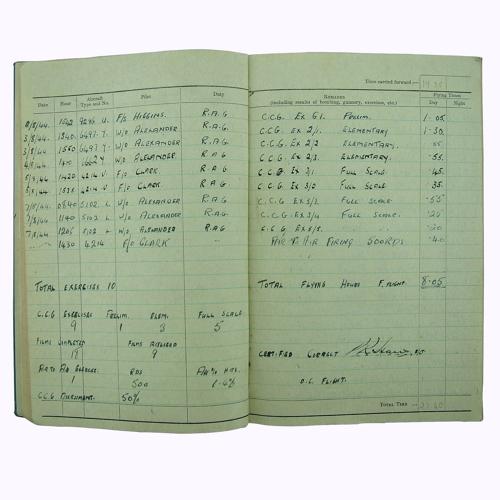 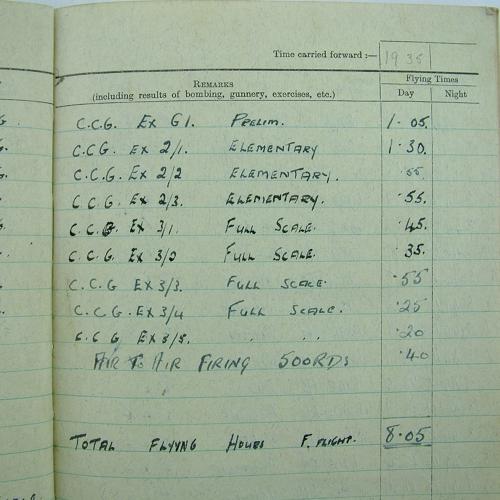 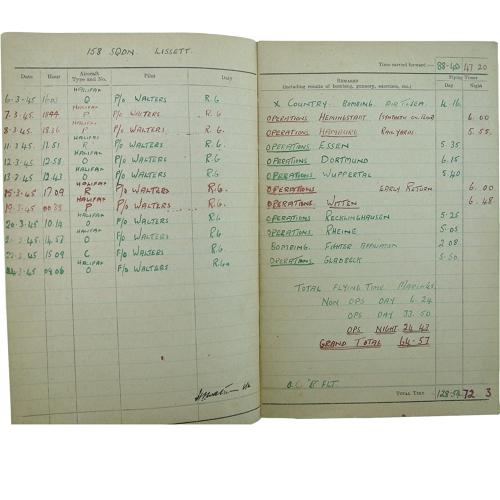 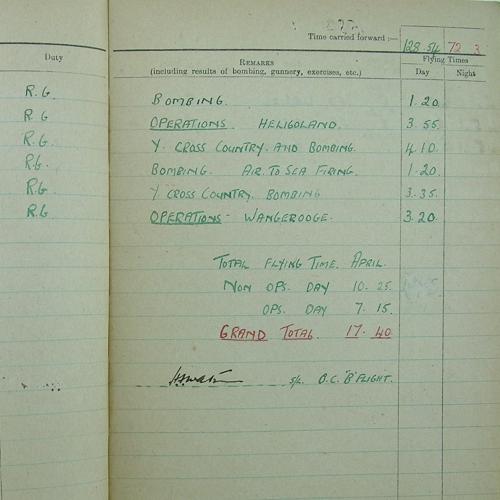 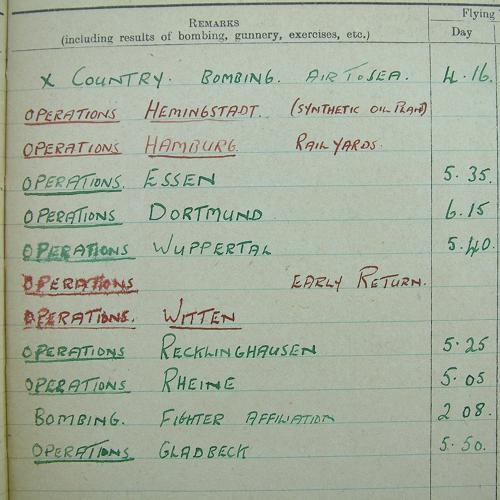 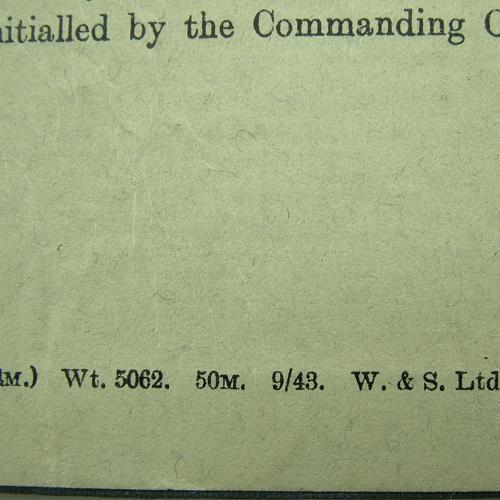 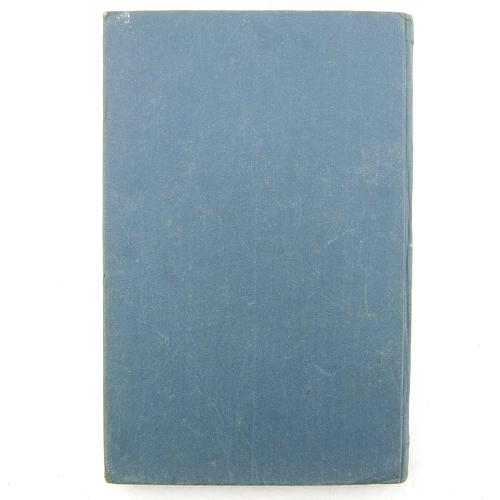 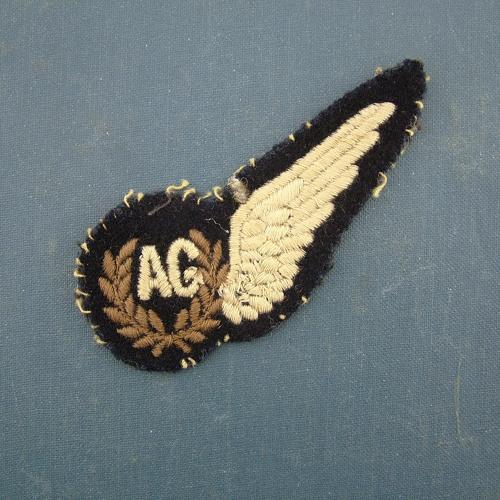 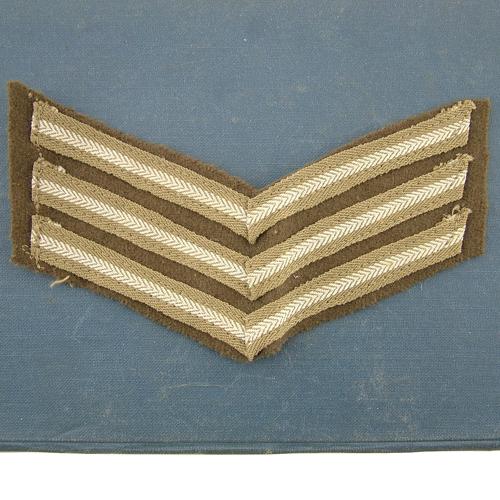 Form 1767.  Flying log book for navigators, air bombers, air gunners and flight engineers.  Named to Sergeant S. Tarelton and covers the period from May 1944 to May 1945.  It begins with training exercises on Avro Ansons and is stamped for No.1 Air Gunnery School (Pembroke).  Tarelton is described as a keen hardworking cadet with above average discipline and a very sound airgunner.  More bombing and air to air firing training follows on Whitely V aircraft at No.10 OTU, RAF Kinloss.  In addition he undertook instruction crew, dinghy and  parachute drills including abandoning the Whitley via parachute and dinghy - wet dinghy drill, swimming in overalls and so on.  These forms are signed, glued into the log and dated August/September 1944.  At 1652 HCU he trained on Halifax bombers, continuing on these when posted to 158 Squadron in early March 1945.  158 was No.4 Group's nearest operational station to the coast, situated at Lissett just 6 miles east of Driffield in Yorkshire.  He then flew 12 operational sorties on Halifax bombers, some at night but mainly daylight raids with targets including a synthetic oil plant at Hemingstadt, railway yards at Hamburg, Essen, Dortmund, Wuppertal, Witten, Gladbeck and a final operational flight from Lissett on 25th April 1945 to Wangerooge.  The log entries end in early May 1945 with a couple of bomb jettisoning flights.  It is in good used condition bar light staining.  With it come his flat 'AG' brevet in very good condition and a single Army type sergeant stripe.  A decent late war log.  Stock code P22873-4.