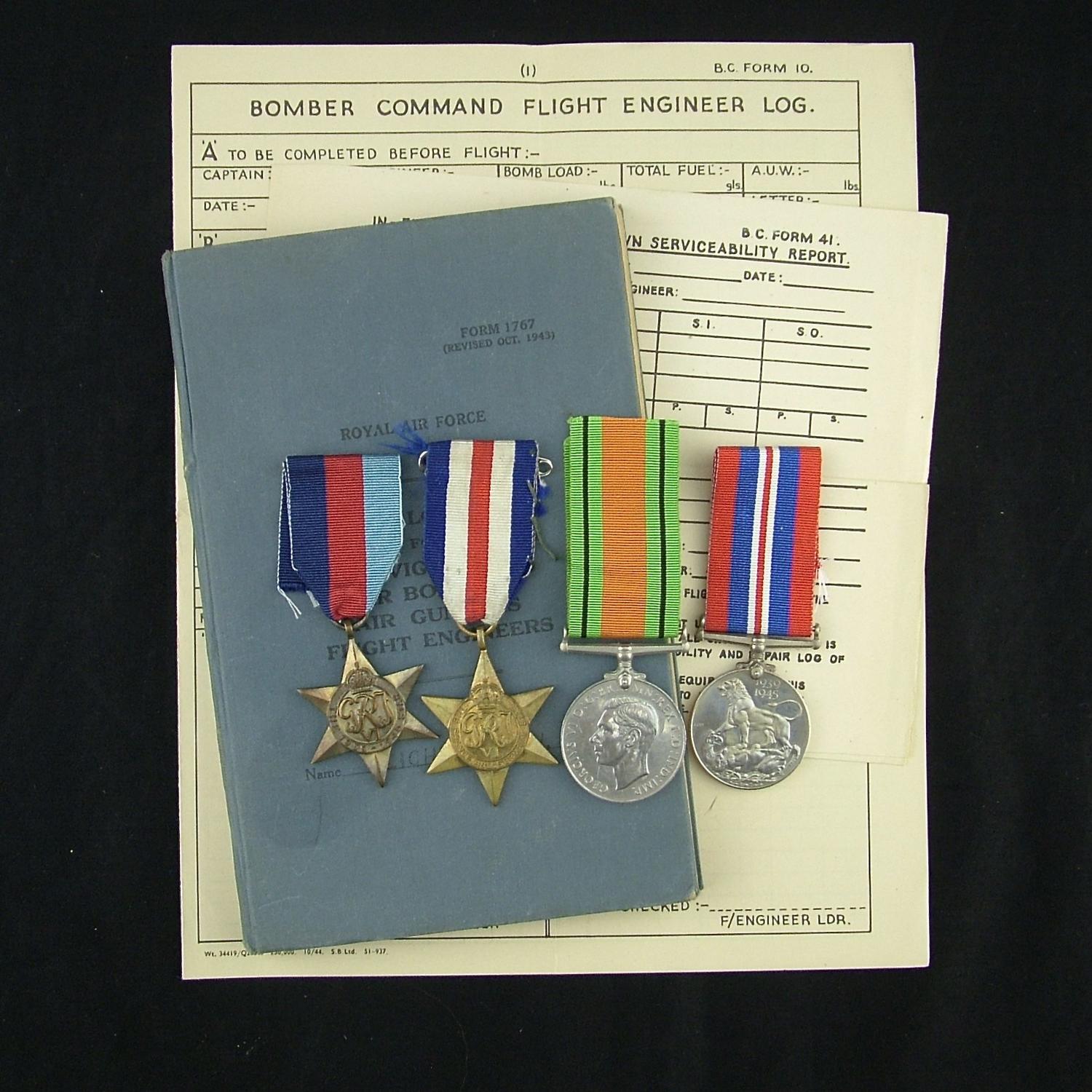 Flying log book to R.C.A.F. Sergeant T.H. Lightly, a flight engineer with 426 (Thunderbird) Squadron.  He began training in Canada before heading to the UK during October 1944. The log starts with a 'pass' stamp for the Flight Engineer course at RAF St. Athan dated 11 October 1944 followed by training flights at 1666 conversion unit, Wombleton, on Halifax bombers.  An entry for January 2 1945 notes "bombing - petrol failure on two engines - crashed near drome - no one hurt, cat. 'E' crash".  By 22nd of that month he is posted to 426 Squadron at Linton on Ouse in Yorkshire. His first operational flight was on February 14th to Chemnitz as part of the contorvertial 'Operation Thunderclap' and is marked as a 'Good show'.  A daylight raid to Kamen oil refinery follows on the 24th where heavy flak was encountered and one aircraft blown up.  Heavy damage was caused in several areas of the town and nearby village of Bergkamen and most of the churches and a hospital were hit killing many civilians.  On 27th the squadron attacked the marshalling yards at Mainz in what would be the city's worst raid of the war. 1545 tons of bombs were dropped, 5670 buildings destroyed and at least 1122 people killed.  Further raids include Mannheim, Cologne and Chemnitz where he reports 'bags of fighters' and 'heavy losses'.  Indeed, the squadron lost 3 of their 14 Halifaxes soon after take off in icy conditions out of which only 1 aircrew survived.  22 aircraft were lost on the raid in total.  On March 7th they attacked the oil refinery at Hemmingstedt, followed by U-boat pens at Hamburg, Essen (Mustang escort noted), Dortmund, Wuppertal, Zweibrucken (US army co-operation 6 Group effort), Hagen, Witten etc. On April 10th they encountered flak and a few jets (Me262?) whilst attacking the marshalling yards at Leipzig.  Sorties continue to Kiel and Heligoland before his final operational flight to the gun batteries at Wangerooge on April 25th.  There are a total of 21 Ops recorded.  The log is signed off at the end of each month by Lightly and his commanding officer.  It also contains a sheet detailing his air-sea-rescue training, an unused 'Flight Engineer's log' sheet and 'in-flight and running down serviceability' report sheet.  In addition there are 2 newspaper clippings relating to raids he took part in and  typewritten sheets with information from the 'Bomber Command Diaries' detailing his sorties. 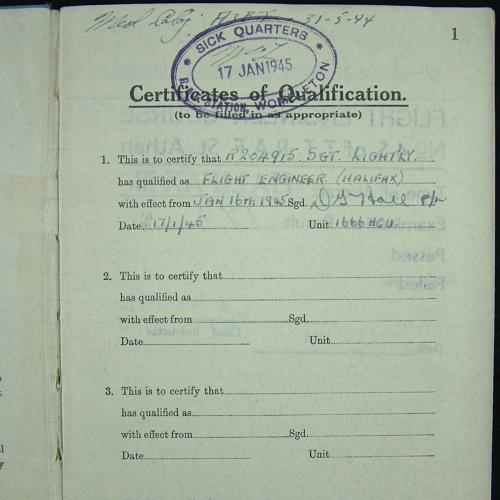 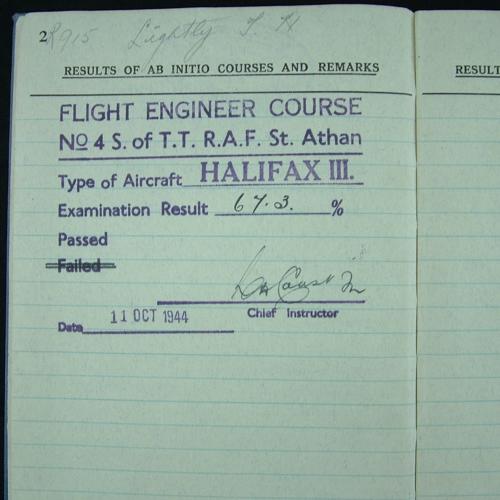 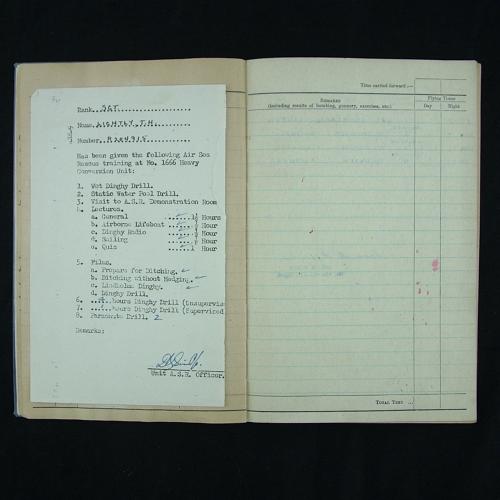 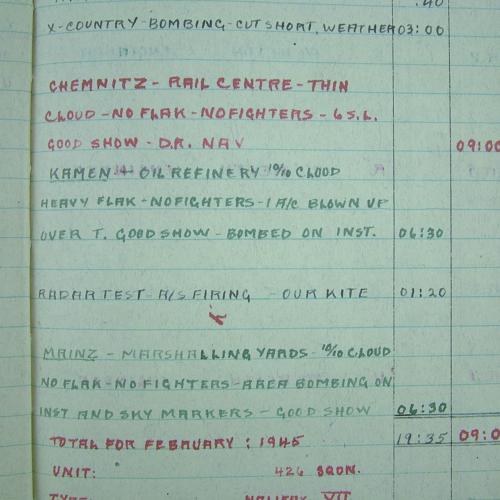 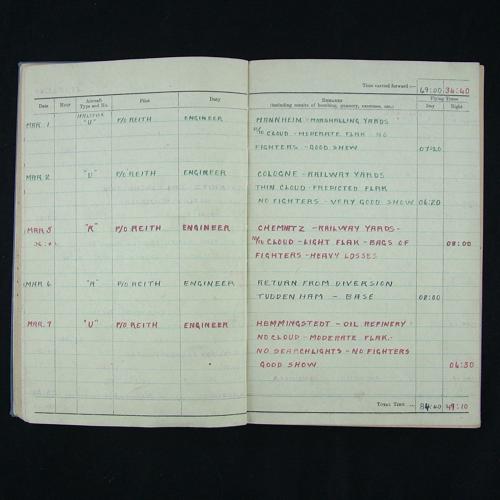 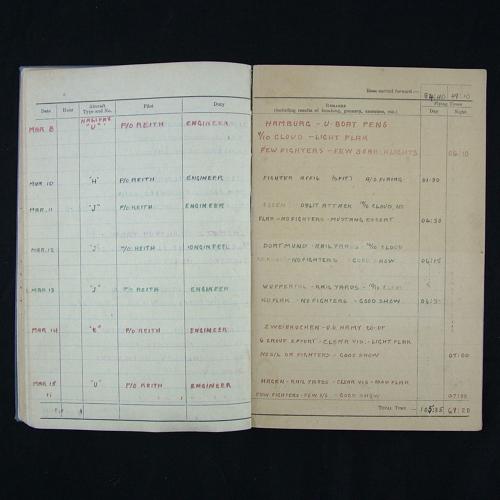 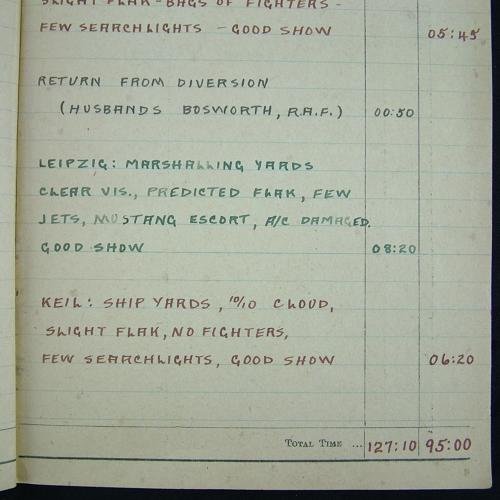 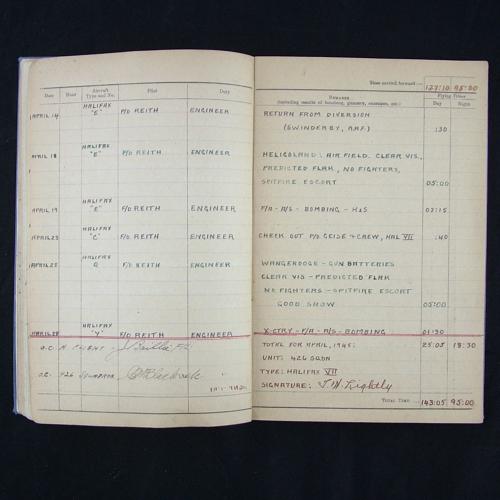 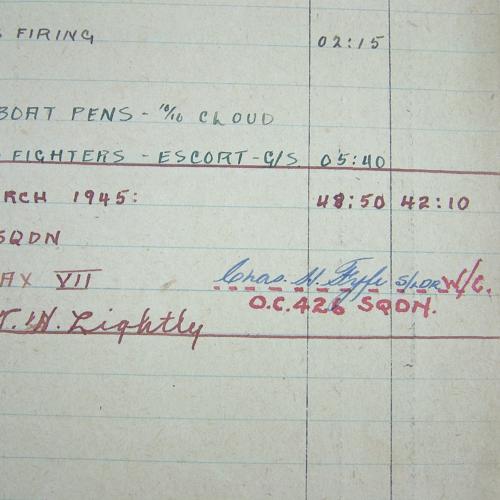 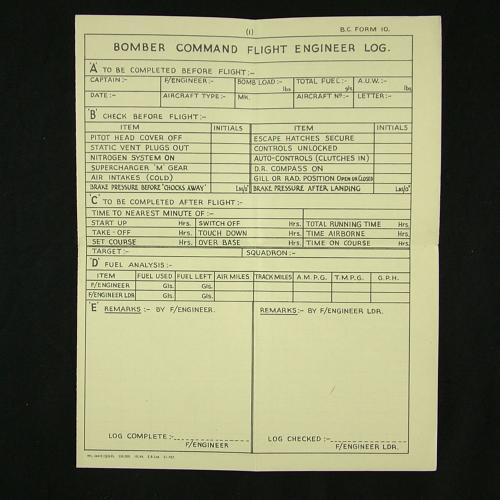 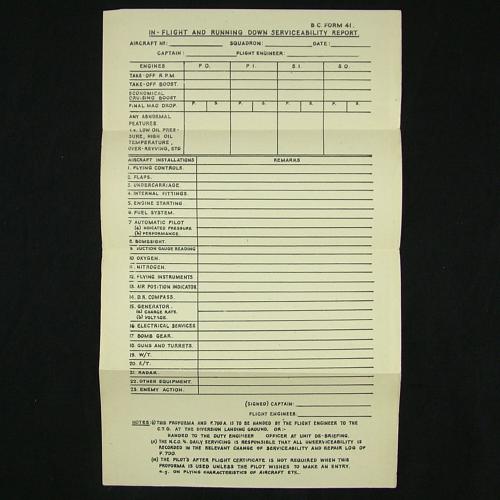 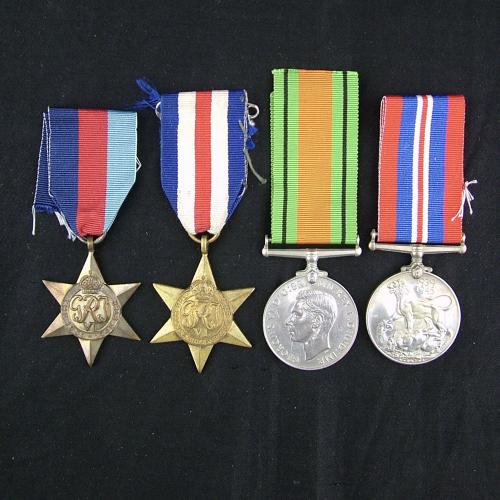