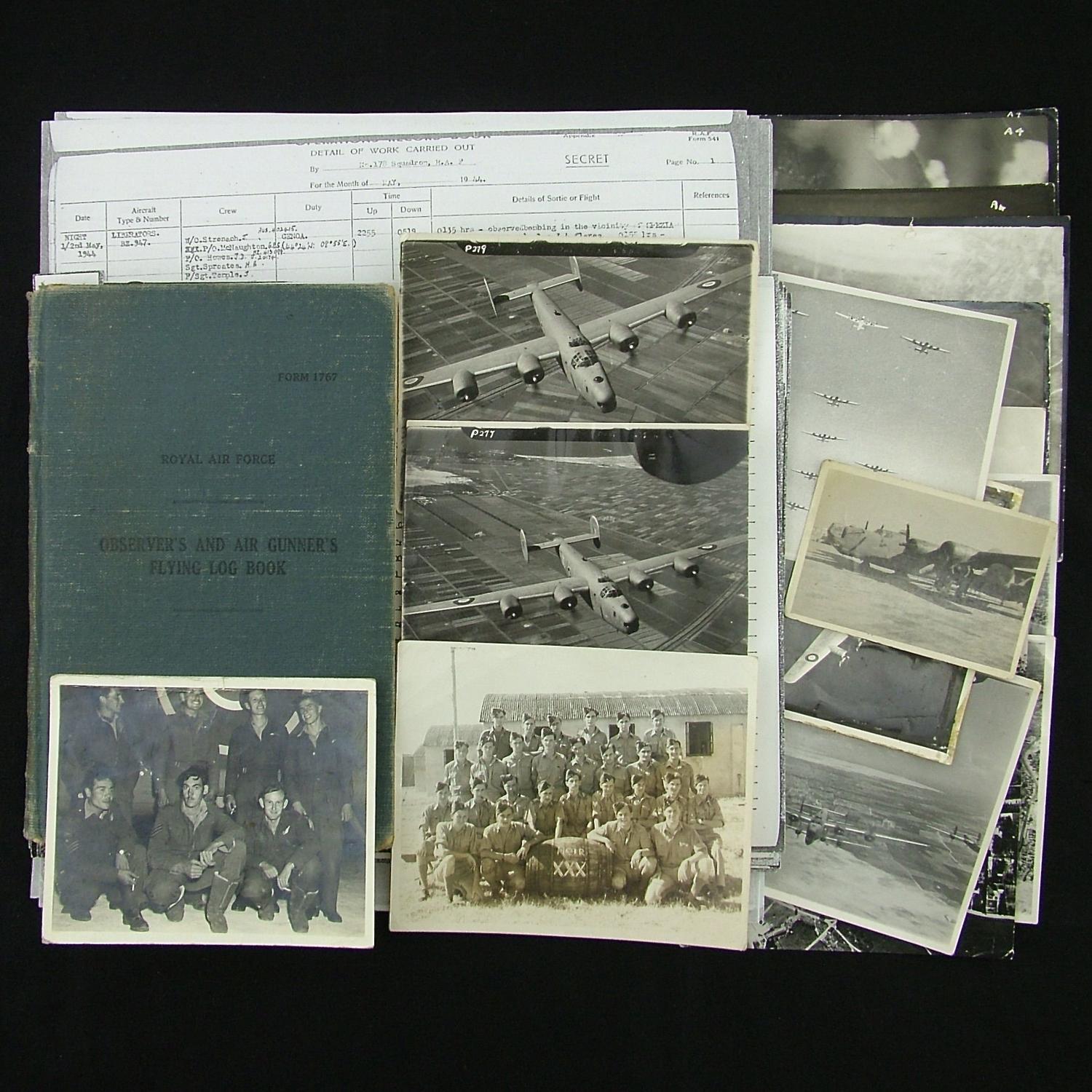 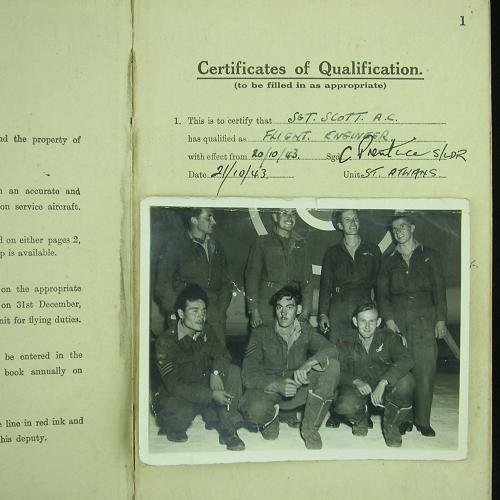 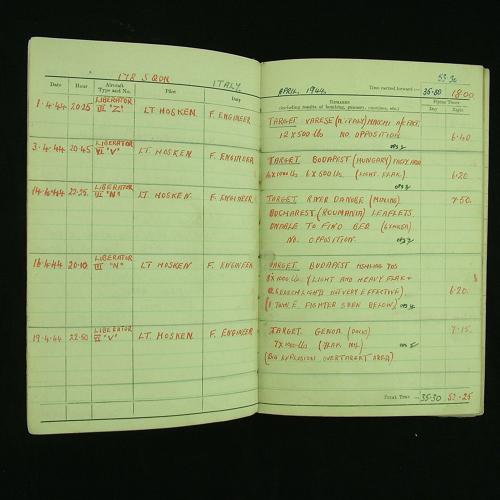 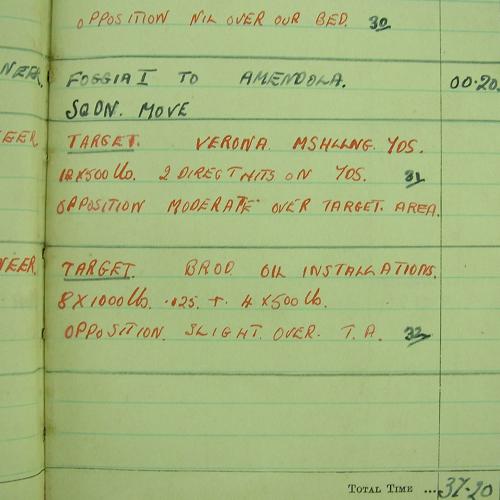 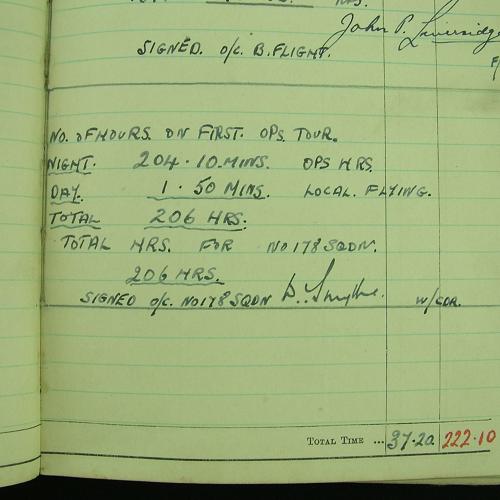 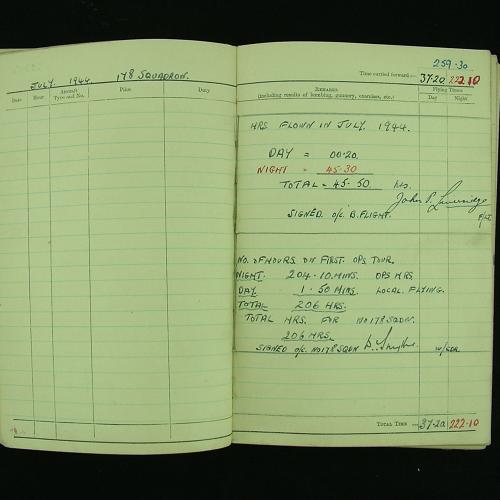 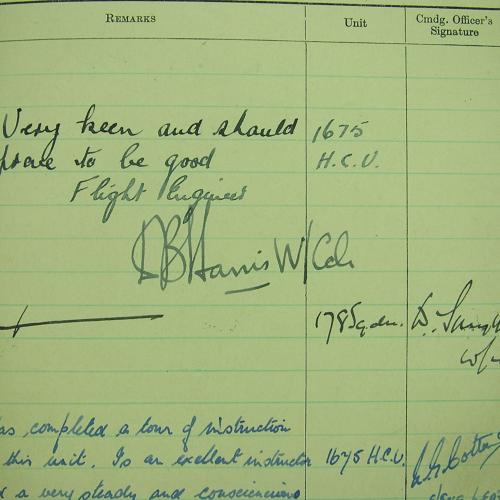 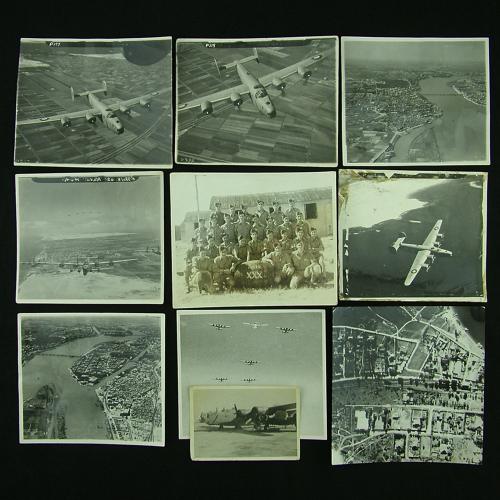 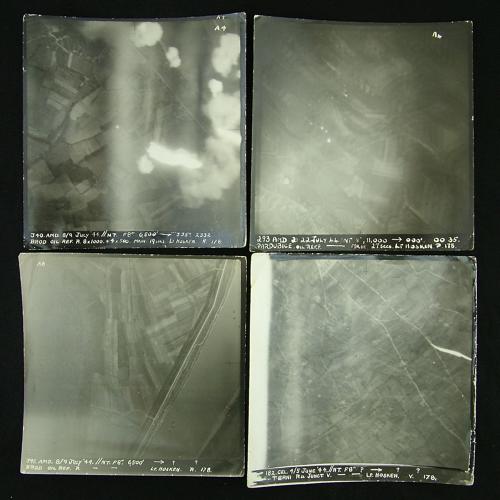 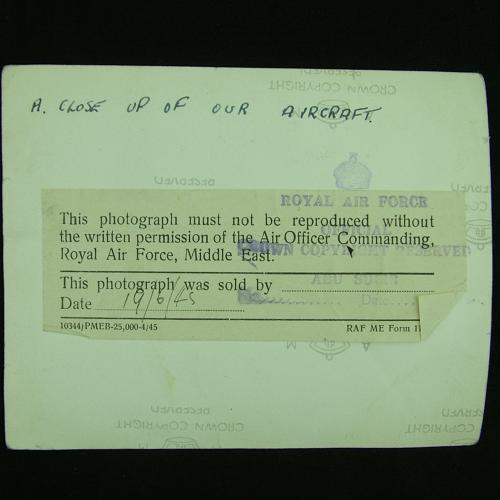 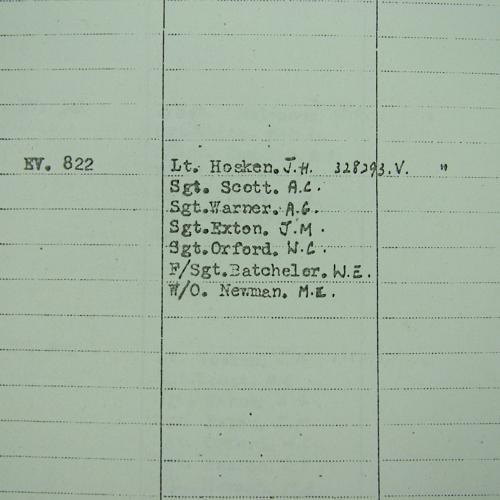 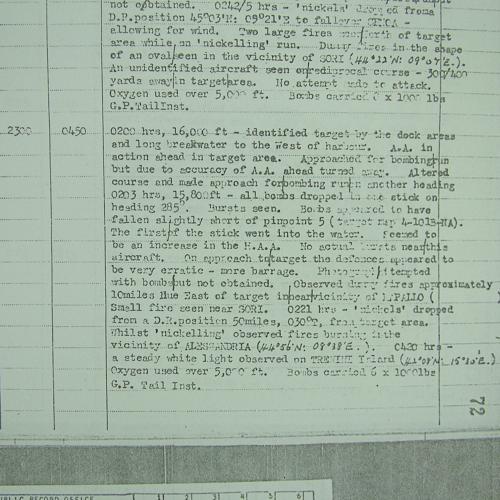 Flying log book to Sergeant A.C. Scott, a flight engineer with 178 Squadron during WW2.  The log begins with training on Liberators at 1675 Heavy Conversion Unit (HCU) at Lydda in Palestine c.January 1944.  On the 1st April he flies operationally with 178 Squadron in Italy on a sortie to Varese, Northern Italy, where the Macchi aircraft factory was based.  During the next seven months he flew 37 Ops to targets including Budapest (marshalling yards), Bucharest, Genoa (docks), Mestre (oil refinery), Valmontone, Giurgiv (oil installations), Trieste (oil installations), Munich (main railway station), Savona (oil storage tanks) and Verona (marshalling yards).  Each entry in the log gives the target town and reason for bombing plus remarks relating to bomb load, flak and searchlights encountered etc.  For example ' 5.5.1944 Target River Danube -  Mining, (6 x Mk.5A0 Dropped from 100').  Gunners shot at a few barges.  Light flak over river.'   After his 37th Op in July 1944 he was rested befor reposting to 614 Squadron in September of the same year.  In November he returned to 1675 HCU as a 'Screen Engineer' instructor on training flights from RAF Station Aby Suier in Egypt where he remained until the end of the war.   In October 1945 he was posted to 1330 Conversion Unit at Billbeis (MIiddle East) on Mosquitos, Dakotas, Ansons and Liberators, often as 2nd pilot.  In May 1946 he is with 620 Squadron at RAF Station Cairo West and then Aquir Palestine.  During this period the squadron undertook paratroop drops and glider tows.  He was posted back to the UK in June 1947 with 210 Squadron at RAF St. Eval, Cornwall as Flight Engineer on Lancaster bombers.  He stays there until the end of the log, September 1949.  His link trainer record is included in the book along with a list of his crew for his first operational tour.  His proficiency assessments are filled out at the back and the log is signed off by him and the relevant commanding officer each month.  It appears to be lacking a couple of training certificates near the front (possibly torn out) but is otherwise in good order.  With the log come copies of the squadron Operationals Record Book detailing all of the sorties in his log.  In addiiton there are some original photographs including target photos of Terni Road Junction, Brod Oil refinery and Pardubice Oil refinery which his crew bombed on 4th June, 8/9th July & 21/22nd July 1944 respectively.   There are two more unmarked target type photos and five good photgraphs of Liberators in the air, including his own.  Most of these official photographs are captioned on the rear and 1945 dated.  Other photographs show aircrew at Aquir and his own crew on the morning after their 37th and final operational sortie.  The crew are named on the back and this is dated 23.7.44.  A very interesting log worthy of further research.  Stock code P22873-14.