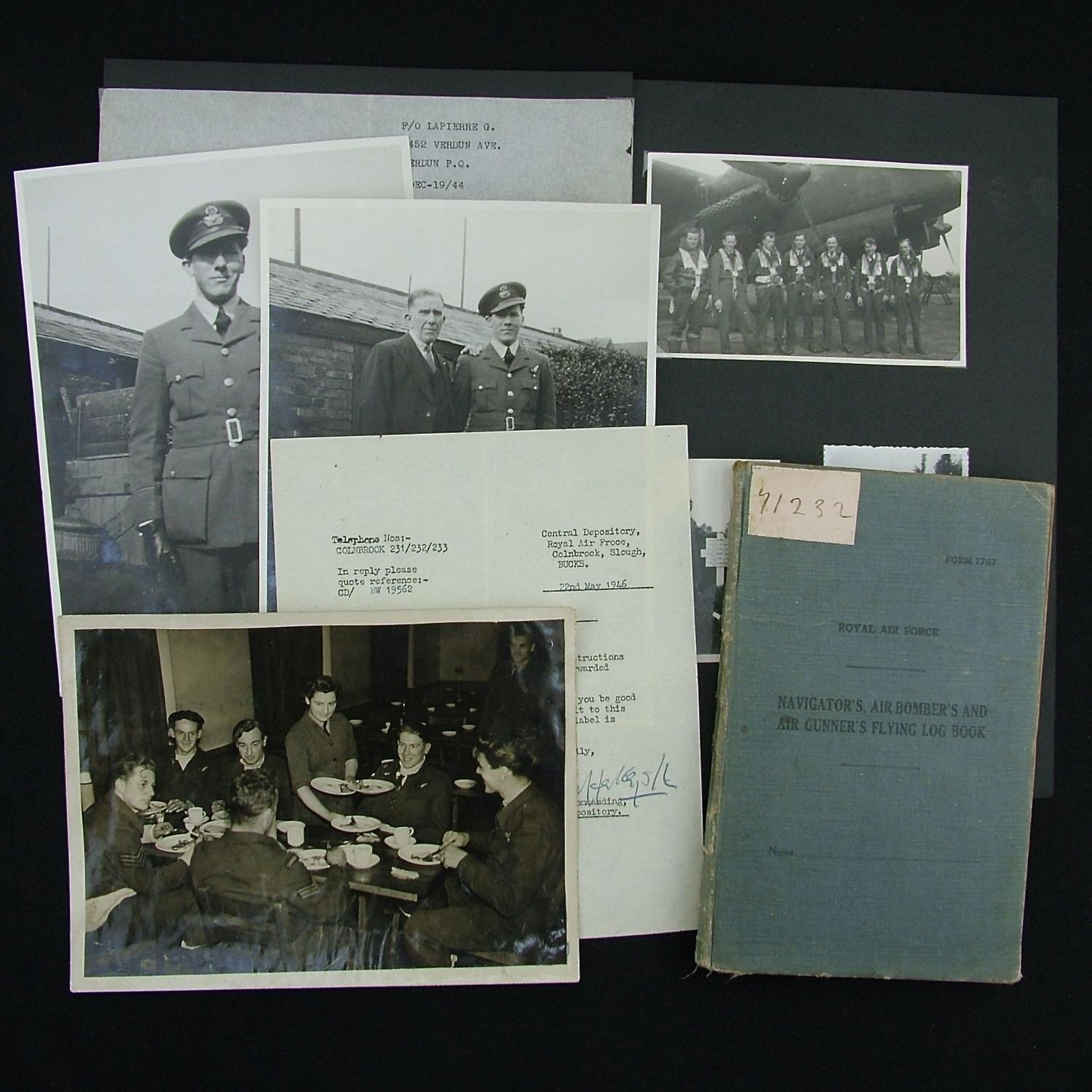 Log book grouping to Pilot Officer Jack Bray, a wireless operator / airgunner with 408 squadron.  Covers the period from November 1942 to June 1944.  He trained at No.10 Air Gunnery School Barrow then went to  No.4 Radio School on Proctors and Dominies followed by No.23 Operational Training Unit (OTU) on Defiants.  In June 1943 he was posted to 1659 conversion unit, Topcliffe, Yorkshire before moving to No.408 (R.C.A.F.) Squadron in July as a W/Op.   Operational sorties began 26.07.43 to Essen - this successful raid was comprised of 705 aircraft and inflicted particular damage to the industrial areas in the Eastern half of the city.  The krupps works suffered its most damaging raid of the war. Ops to Hamburg and Ramscheid follow before he is posted to 1679 conversion unit for a couple of weeks.   Operational flights resume 08.10.43 to Hannover.  Further sorties followed to Dusseldorf, Berlin (attacked by fighter plane out of control 18,000' to 8,000), Berlin (controls proved U/S, bomb load dropped on flak positions near Texel), Berlin again (visibility good, Berlin surrounded by cones of searchlights - target a mass of flames & smoke), Berlin again (attacked by fighter, hits claimed by mid/upper), Berlin again (hit by flak when returning landed at Burn, Kite U/s), Nuremburg (bombed Schweinfurt twice attacked by fighters - 96 kites lost).  Other targets include Leipzig, Stuttgart, Frankfurt, Paris, St. Ghislain, Haine St. Pierre, Boulogne, Aachen and Au Fevre.  He did a total of 25 Ops with 9 to Berlin (8 of these consecutive), the final sortie was to bomb rail facilities at Cambrai, taking off at 21.58hrs from Linton-on-Ouse.  Their aircraft, Lancaster II DS726 EQ-Y crashed at Seranvilliers-Forenville -Bord), 5km SSE of Cambrai.  Bray , son of Mr. & Mrs. T. Bray of Langely Mill, Derbyshire was killed and is buried in Forenville Military Cemetary in France along with  Pilot, S/Ldr. W.B. Stewart (RCAF), Sgt. H. Varley, F/O G.E. Mallory, P/O R.D. Ochsner (RCAF) & WO2 H.F. Murphy.  F/O W.C. Burns was made P-o-W and mid upper gunner  P/O G.B.G.J. La Pierre (RCAF) evaded.   Nicely written log with various official stamps and signatures.  It is stamped at the front and adjacent to the last Op 'Death Presumed'.  It comes with a typed letter from La Pierre, send to Bray's father in December 1944.  In this he explains the circumstances of the crash : 'Two enemy planes were too much, we managed to shoot one down, the other one gave us a blast.  We were coming on the target when we were attacked.  We still had our bomb load, and were flying very low...the enemy was down below us, and was firing up in front, as you know, that's where the wireless , the motors and the petrol tanks are.  It wasn't long before we were on fire...we were told to bail out.  I helped the mid-upper gunner to get out of his turret.  In the excitement he missed the step, and landed on top of me, pinning me to the floor, he finally regained his balance, no need to tell you how happy that made me... well anyway we both put our chutes on, and then I jumped, in no time at all I was on French soil.  When I looked up there was no one in the sky, my mid upper gunner never made it.... our bomber exploded in a German airfield.  As far as I can think, the other lads had been hit....  You may be sure that your son, and the rest of the crew have been avenged.  Two months after I landed in France, I was working with the underground, and believe me, a few Germans paid dearly for the lives of my pals... If only I could tell you everything I did to get even with the dirty rats...'.  Also comes with a letter c.1946 relating to the return of the log to his father, two original 16 x21cm photos of Bray in service dress (one with his father) a small photo of Bray with his crew and two smaller still of the cemetary where the crew are buried and his father by the grave marker.   Finally there is a 20 x 15cm press photograph captioned ' Hamburg Hit Hard Again - a WAAF giving members of the Canadian Squadron breakfast on their return from the raid'.  It's dated 28.07.43 and this date corresponds to a raid undertaken by Bray & his crew that night.  A really good log/paperwork grouping.   Stock code P23484. 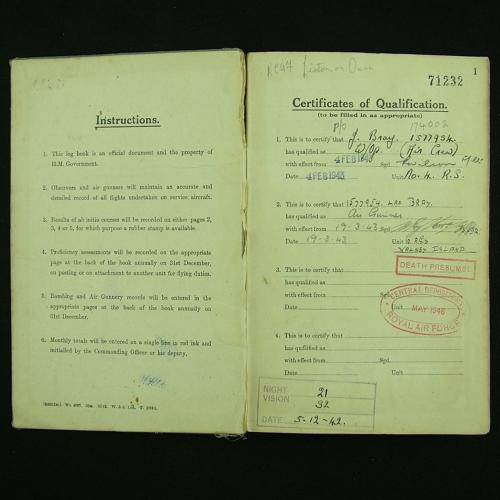 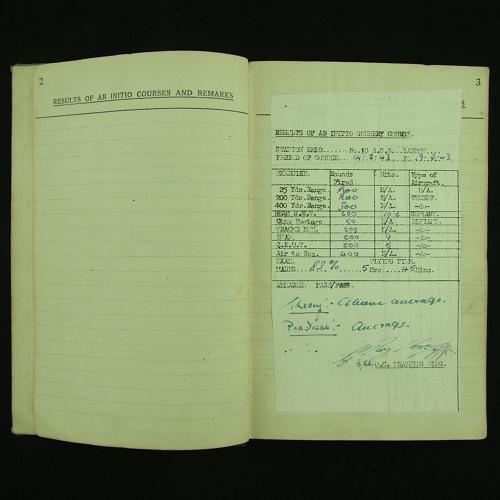 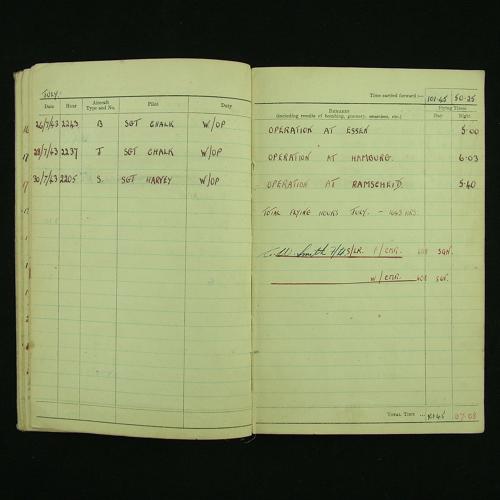 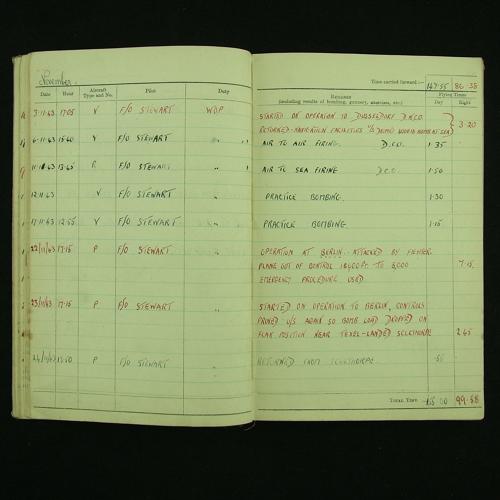 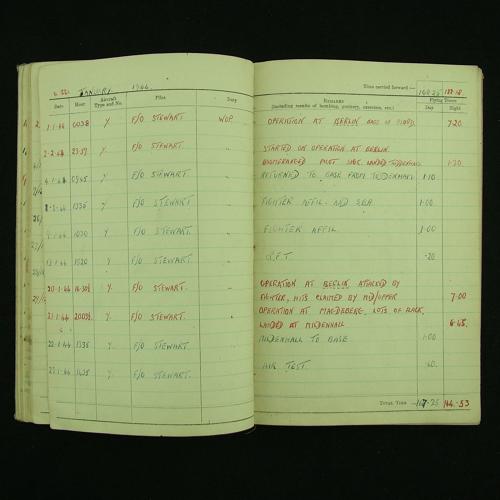 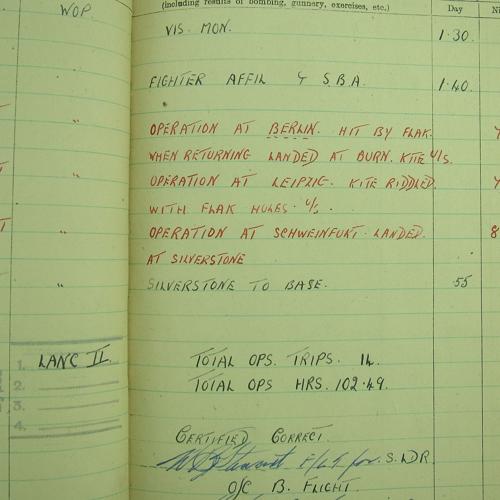 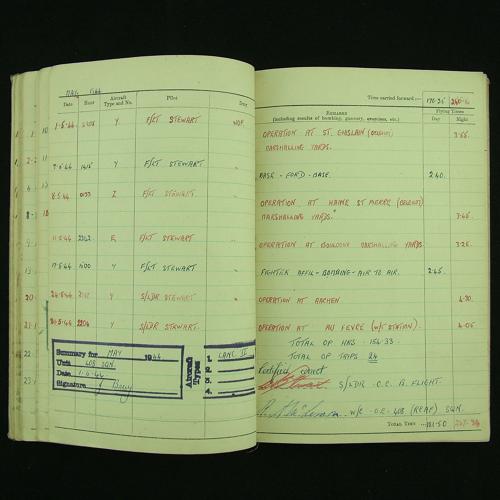 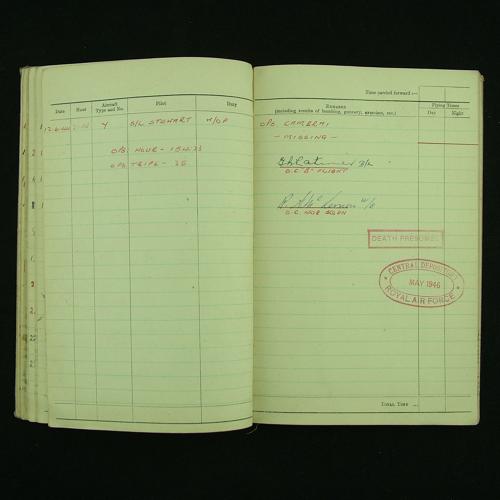 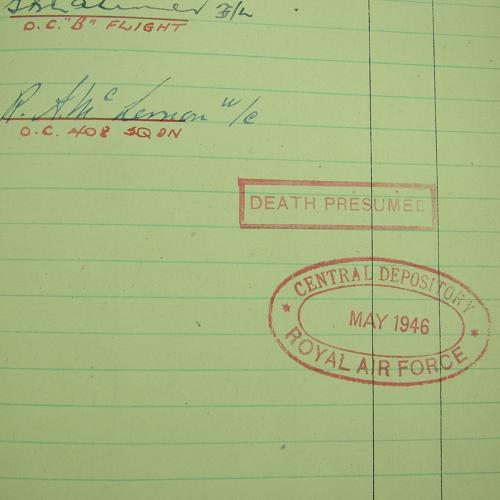 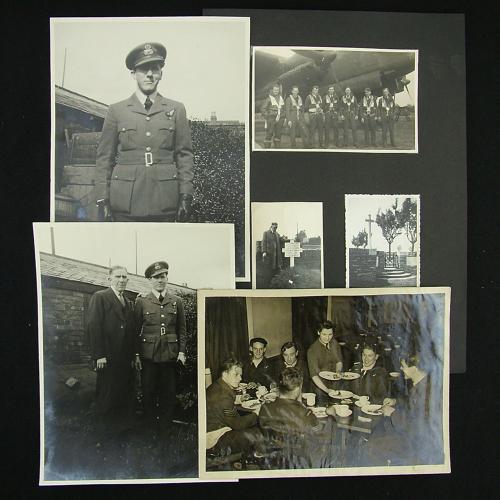 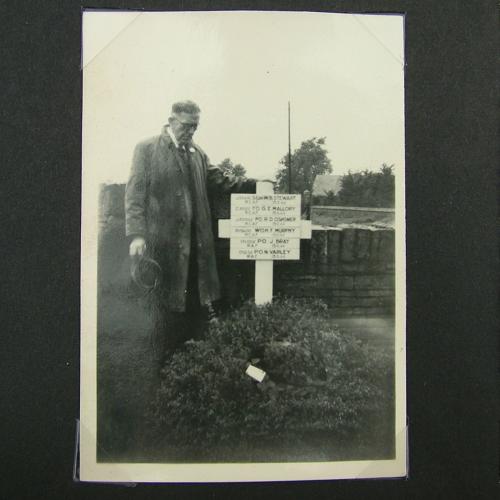 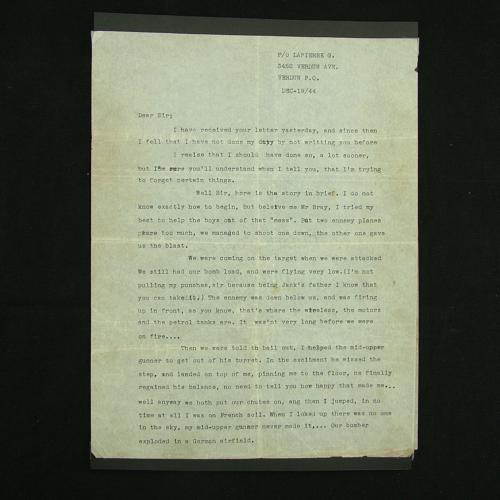