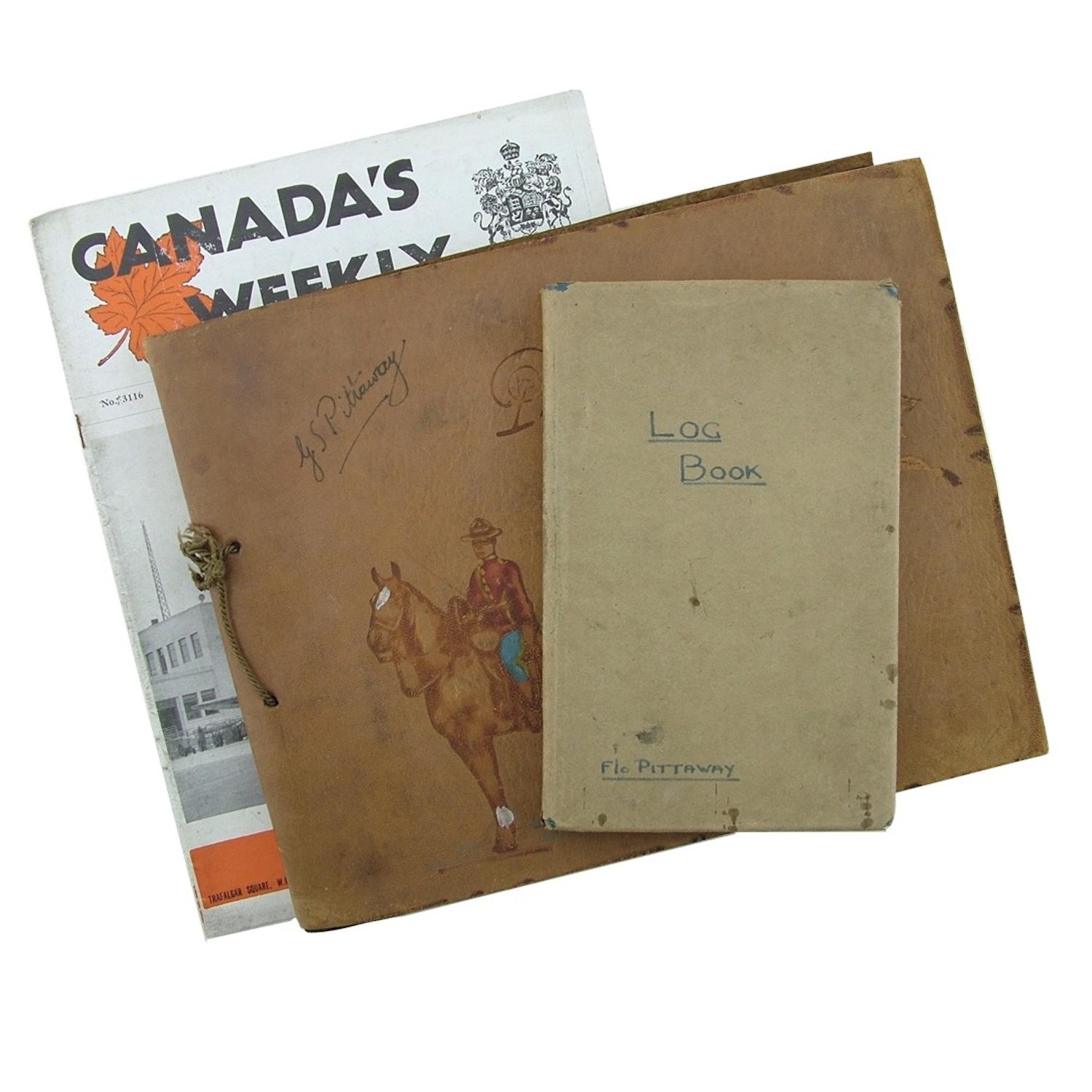 Form 1767.  Flying log book for navigators, air bombers, air gunners and flight engineers.  Named to Air navigator Gordon Singleton Pittaway and covers the period from August 1943 to August 1951.  It begins with a 'sign-off' from RAF Harrogate in 1943 then straight to  April 1945 and training exercises on Avro Ansons at No.7 Air Observer School in Canada as part of the British Commonwealth Air Training Plan.  From there to No.3 Air Navigation school before returning to Britain in May 1946 and the Wireless & Electrical Flight at the Royal Aircraft Establishment.  Here he was flying in a variety of aircraft including Hudsons, Halifaxes, Lancasters & Beaufighters on DECCA trials testing the new hyperbolic radio navigational system that allowed aircraft to determine their location by receiving radio signals from fixed navigational beacons.   Also comes with his leather bound photograph album c.1944/5, approximately 30 x 24cm.  52 card pages  with 150+ photographs varying in size from 8 x 6cm to 18 x 12cm.  Images include No.2 convalescent hospital and grounds; Niagra falls; landscapes, named group course photos; small images of him and crew in flying clothing; in and around Winnipeg; his journey back across the Atlantic to Britain.  Approximately 30 of the photos have specific military content (aircraft, airfield, course members etc).  Interesting lot.  Stock code P22873-17. 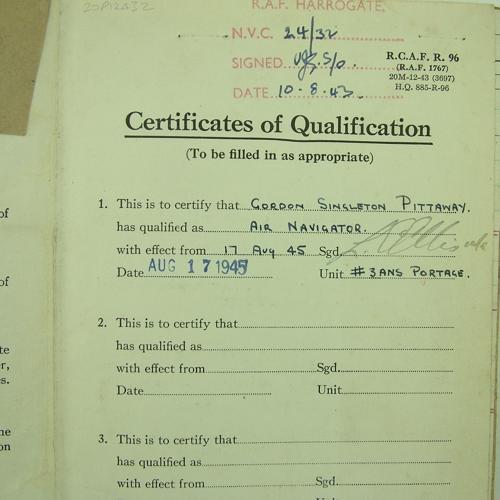 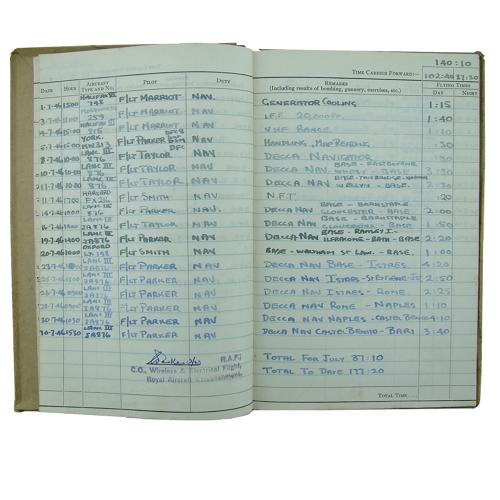 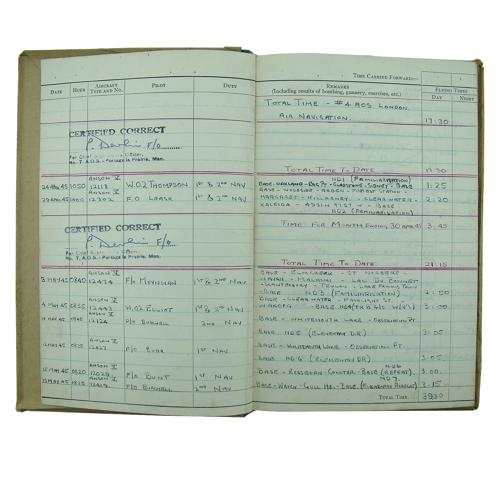 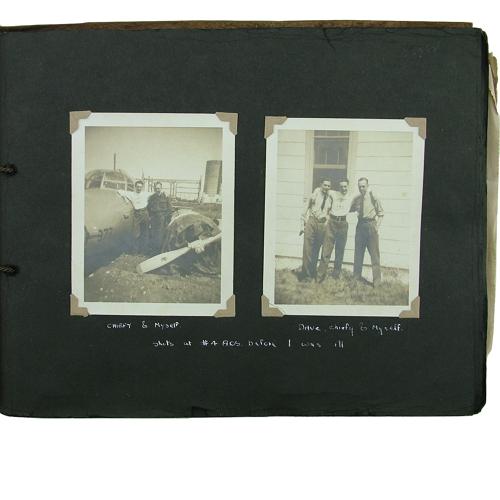 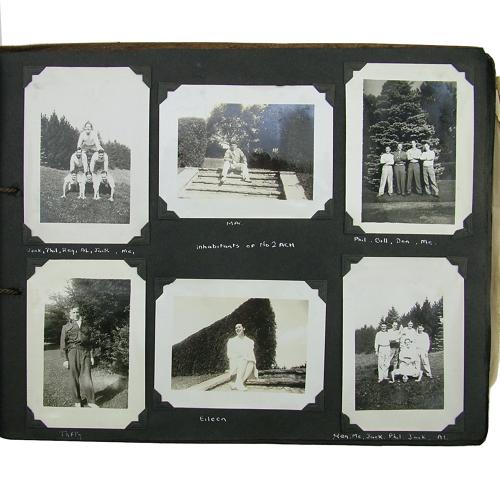 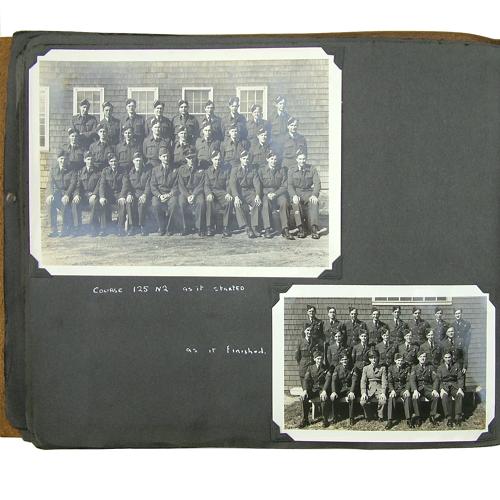 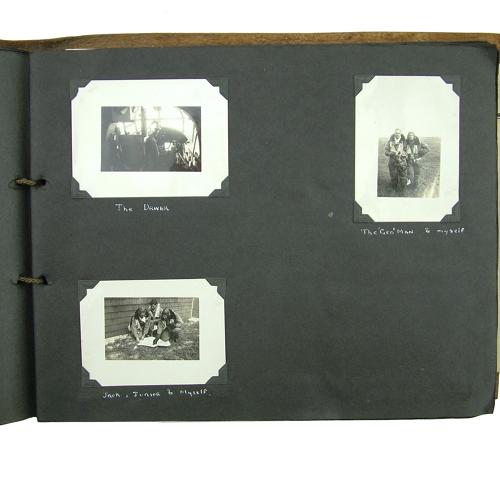 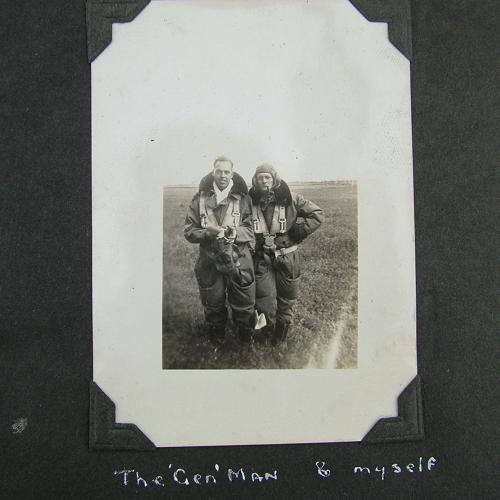 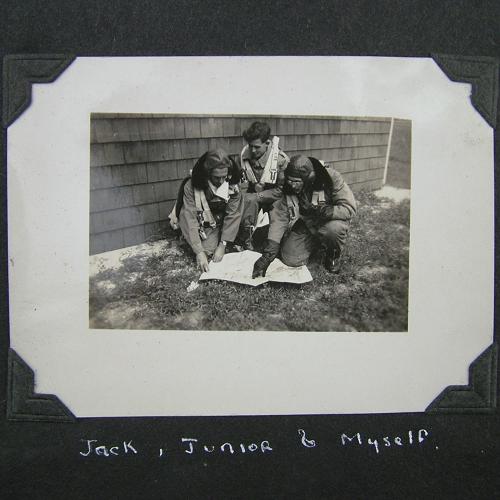 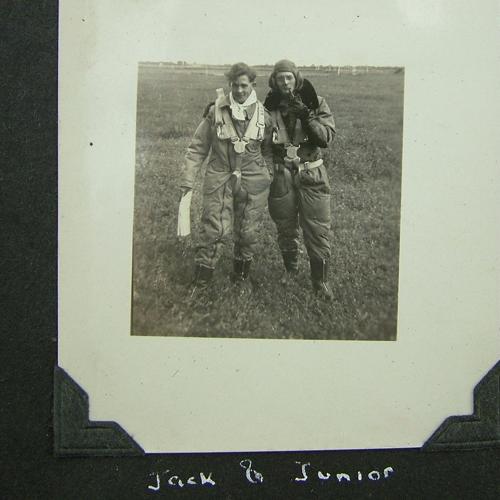 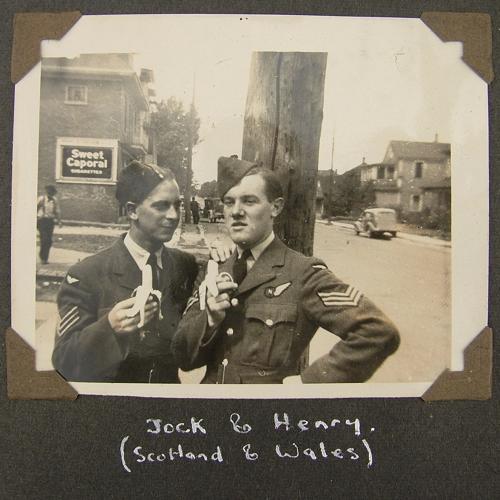