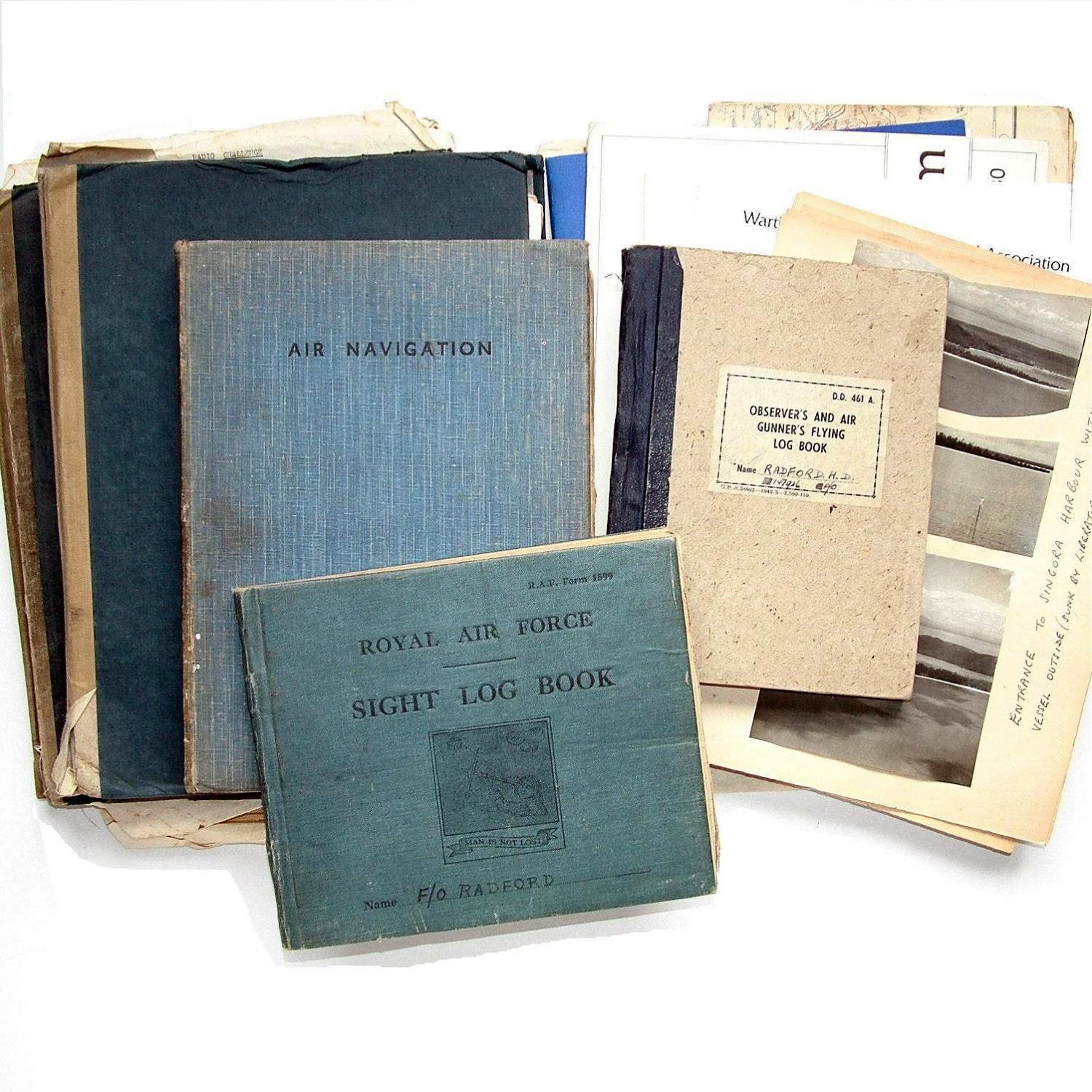 Reference D.D 461A. Observer's and Air Gunner's Flying Log Book issued to H.D. Radford who flew  in Catalina and Short Sunderland flying boats with 209 Squadron as part of Coastal Command, South East Asia Command.  Entries between March 1943 and September 1945.  Radford attended No.10 Air Observer Navigation Course at 44 Air School, South Africa between March and July 1943.  Here he was 2nd navigator and bomb aimer flying Ansons and Oxfords on training flights, gunnery  and bombing exercises and navigational exercises. He then attended 61 Air School and was recommended for duty with a flying boat squadron.  By late April 1944 he was on to Catalinas with 131 operational training unit and then to 302 Ferry training unit at Oban, based at Ganavan sands. From September 1944 he was with 209 squadron (S.E.A.C.) en route to Nairobi and Mombassa via Gibraltar. His operational flights include patrols for German U-boats, ship searches, naval excercises, transportation of a concert party, convoy escorts and so on. There are various flights noted from the Seychelles during June 1945  - bombing, air-sea firing, radar-bombing and flare attacks.  An entry in July records an armed recce in the Gulf of Siam with attacks of machine gun fire and bombing on Junks, sailing vessels and a railway.  On 3rd August an armed recce in the South China Seas saw the squadron undertaking 16 attacks on 20 Junks and sailing boats using machine gun fire and bombing.  Two direct hits noted on a 100' sailing barge in Singora harbour and anti aircraft fire experienced including shrapnel throught the leading edge of the mainplane. Some of the attacks recorded were an against the Japanese troops attempting to break out across the Mandalay-Rangoon road.  Entries cease at the beginning of September 1945 after VJ day.  The log is signed off by Radford and his flight commander throughout.  It comes with the veteran's corresponding sight log book with entries from April 1944 to August 1945, and approximately 15 original b&w air-sea photographs. These were taken during some of the operational sorties in the Gulf Of Siam between Bangkok and Songkla (Sigora). The photos are glued to annotated paper that is somwhat aged and dog-eared. Also comes with various training books including his Air Navigation manual (h/b, 19 x 25cm, 325p, 1941) - dog-eared/used condition; other Air Navigation and Meteorology manuals, four original maps relating to his flights and  four  commonwealth wartime aircrew reunion souvenir programs c. 1980s.  An interesting lot worthy of further research.    Stock code P21768. 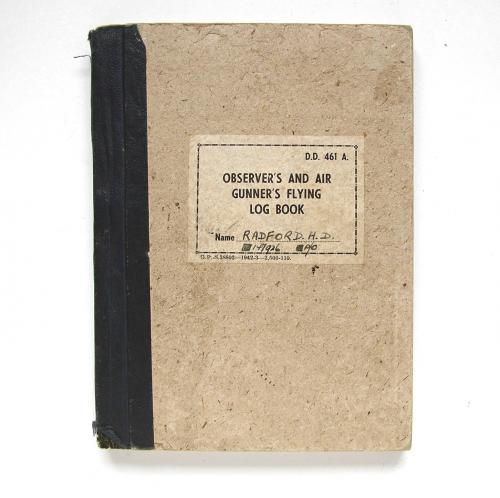 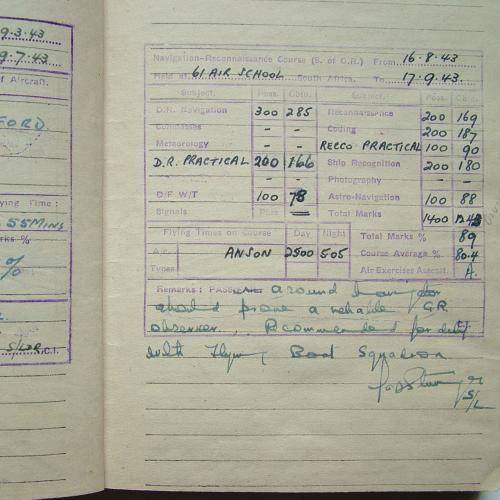 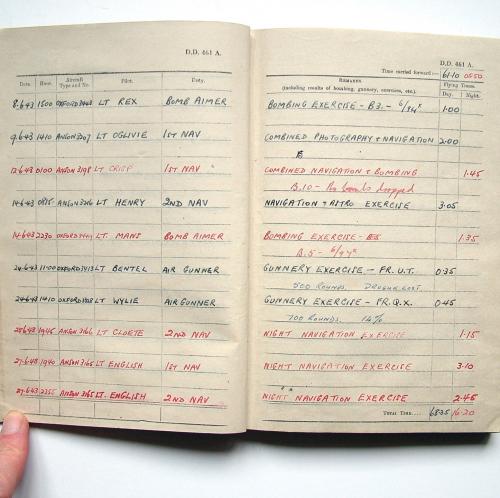 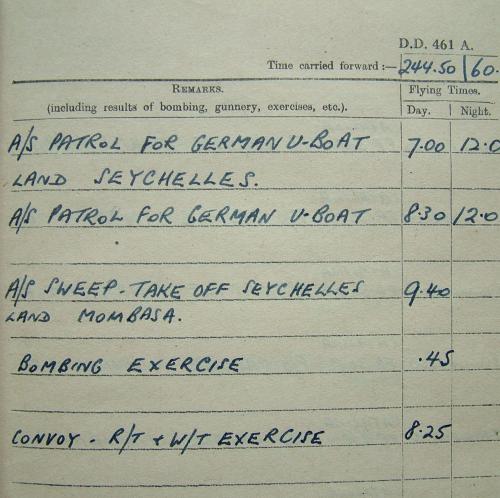 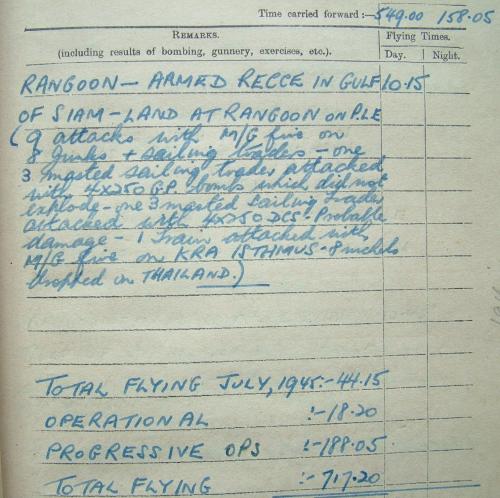 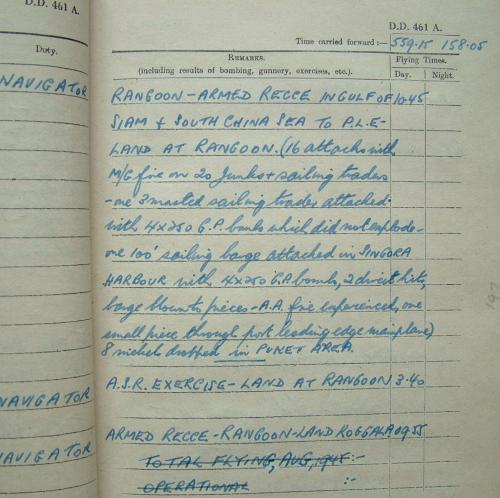 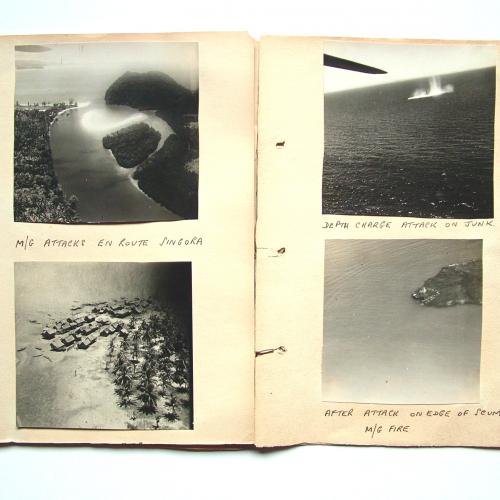 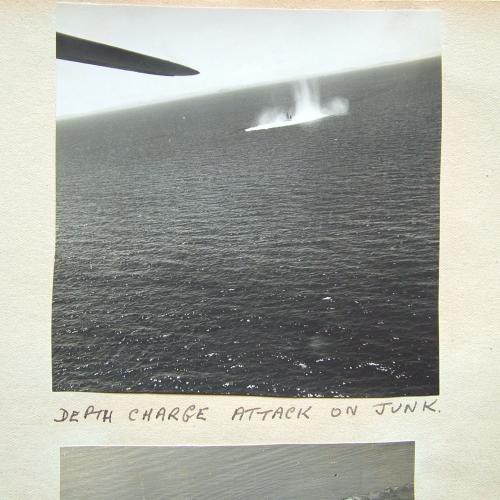 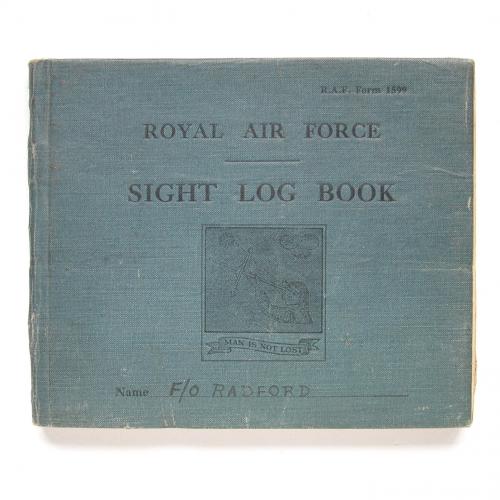 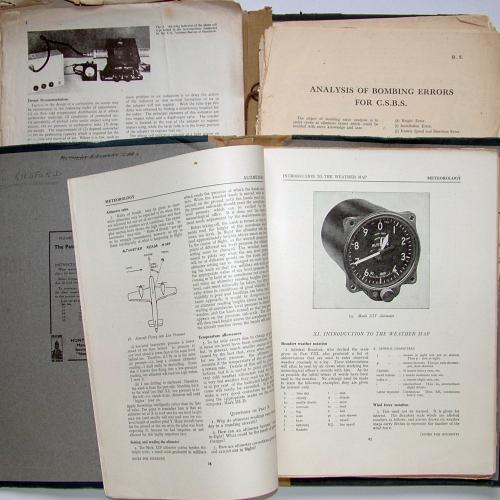 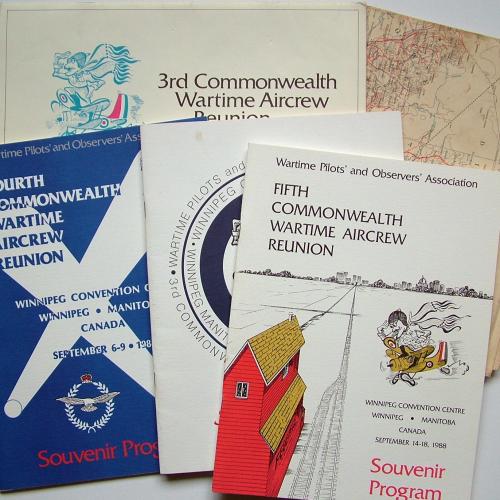