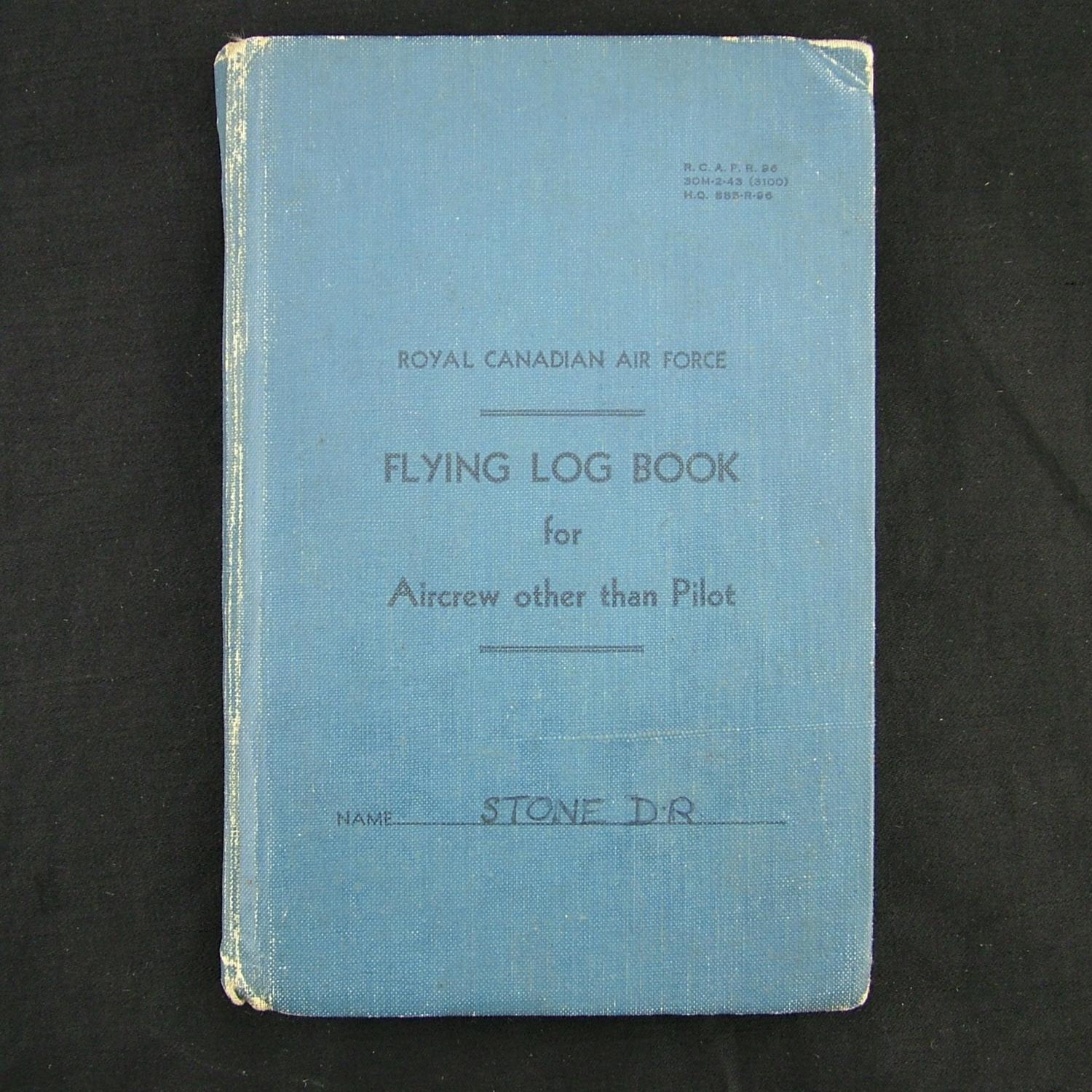 Flying log book to R.C.A.F. Dudley Ronald Stone, a navigator with 103 Squadron.  He began training in Canada at No.1 Navigators School, Rivers, Manitoba c.July 1943, passing the course in November of the same year.  By April 1944 he was in the UK, completing No.28 Operational training unit course in July. In August he moved to 1667 conversion unit at Sandtoft on Halifax bombers and then to No.1 Lancaster Finishing School at Hemswell.  By 13th September he was at 103 Squadron at Elsham Wolds.  His first operational flight was a daylight raid on October 7th to Emmerich (divereted to Lindholme on the return).  Almost 2500 buildings were destroyed in the town and more than 600 civilians and 96 soldiers lost their lives.  Ops to Fort Fredrik Hendrik and then two to Duisburg follow - the latter as part of Operation Hurricane, a special operation to 'demonstrate to the enemy in Germany generally the overwhelming superiority of the Allied Air Forces in this theatre'.  Both Bomber Command and the 8th AAF despatched over 1000 bombers along with fighter escorts.  Raids to Wilhelmshaven, Stuttgart and Essen follow before three consecutive raids on Cologne.

Further sorties include the last major bomber command raids on Dusseldorf and Bochum, Frieburg, Dortmund, Heimbach (Urft dam), Essen, Koblenz, Hanover, Munich and Zeits (Leipzig).  On 13th & 14th February he took part in the infamous 'Operation Thunderclap' targetting first Dresden and then Chemnitz.  The raid on Dresden created a firestorm completely burning out large areas of the city and killing in excess of 50,000 people.  By 8th March 1945 he had completed 35 operational sorties and is then posted to 17 operational training unit, Turweston until the log ends 12th May 1945 after which Stone appears to have qualified as a Navigation instructor.  The log is signed off at the end of each month by Stone and his Commanding officer and has various official stamps.  Stone has written in the back of the log stating that he had sold it to Philip Austin (c.1994).  Some years later it was sold again by a book dealer in Manchester to one of our clients from whom we purchased it about 18 months ago.  It shows use and wear but is in sound condiiton. Most defintely worthy of further research.  Stock code P22873-5. 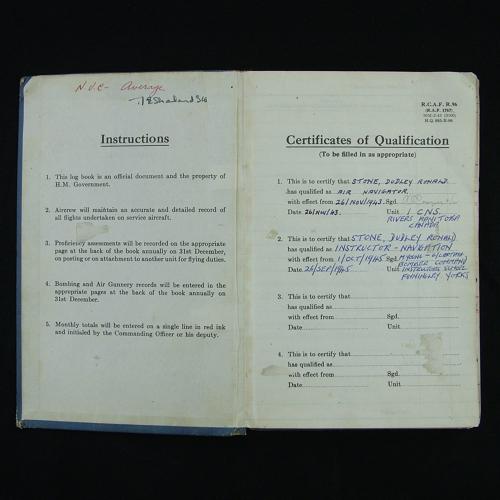 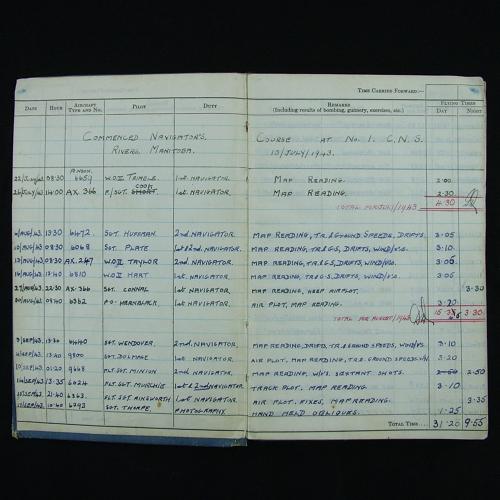 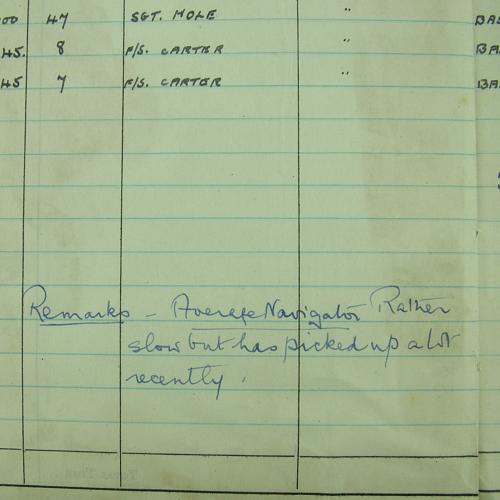 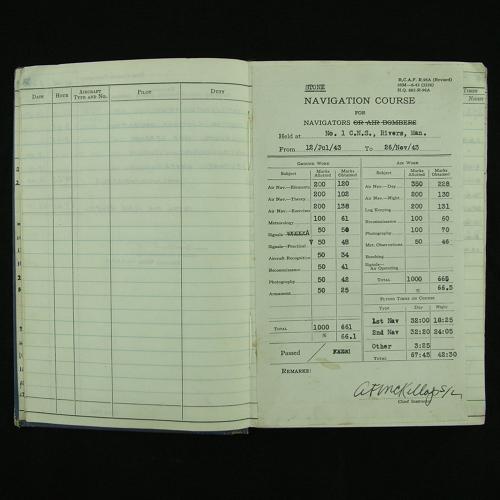 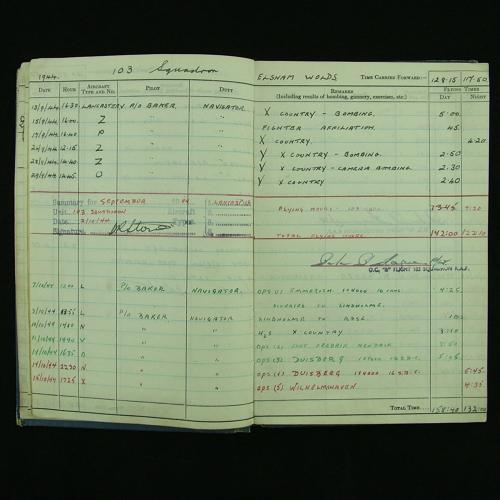 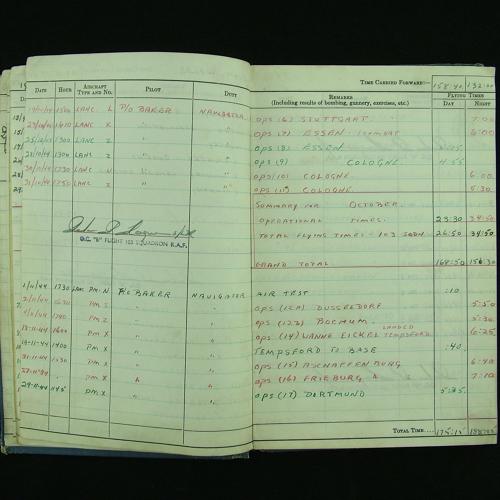 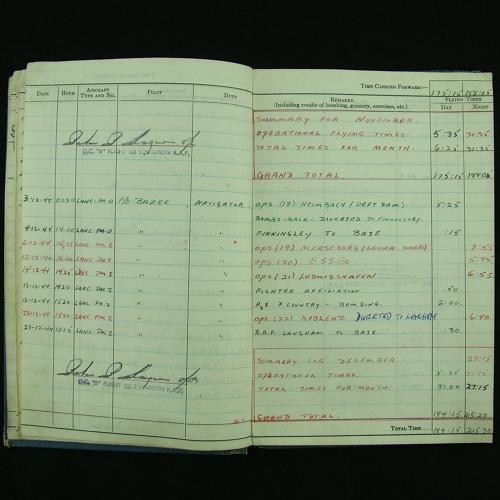 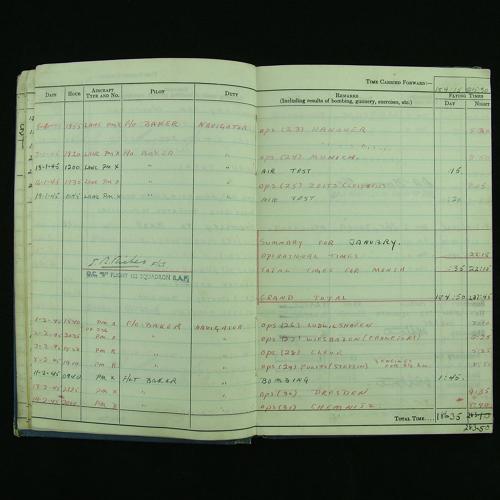 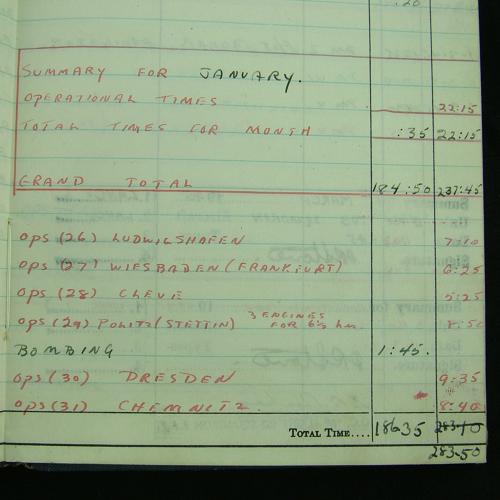 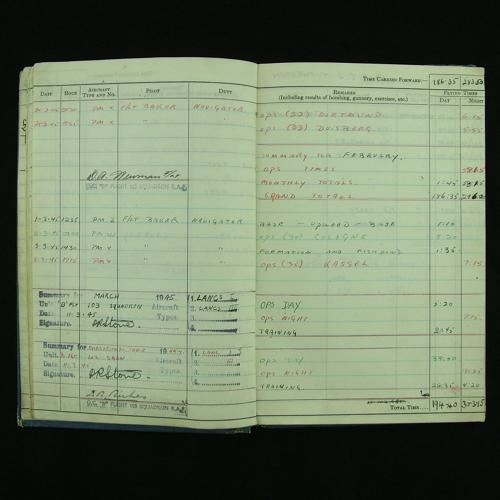 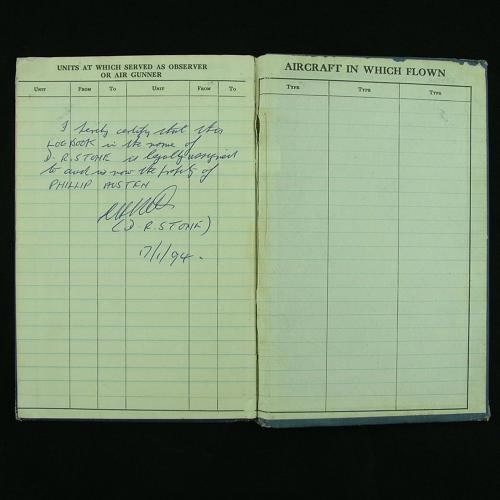 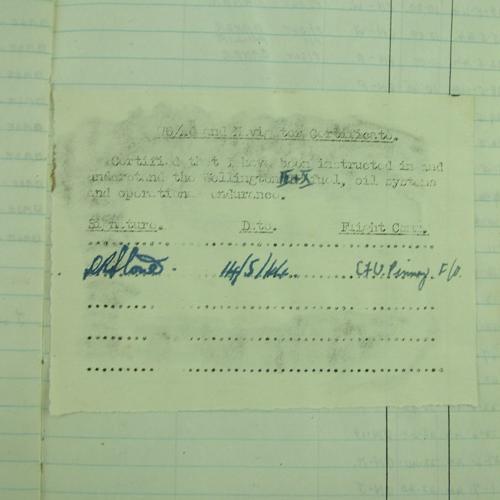