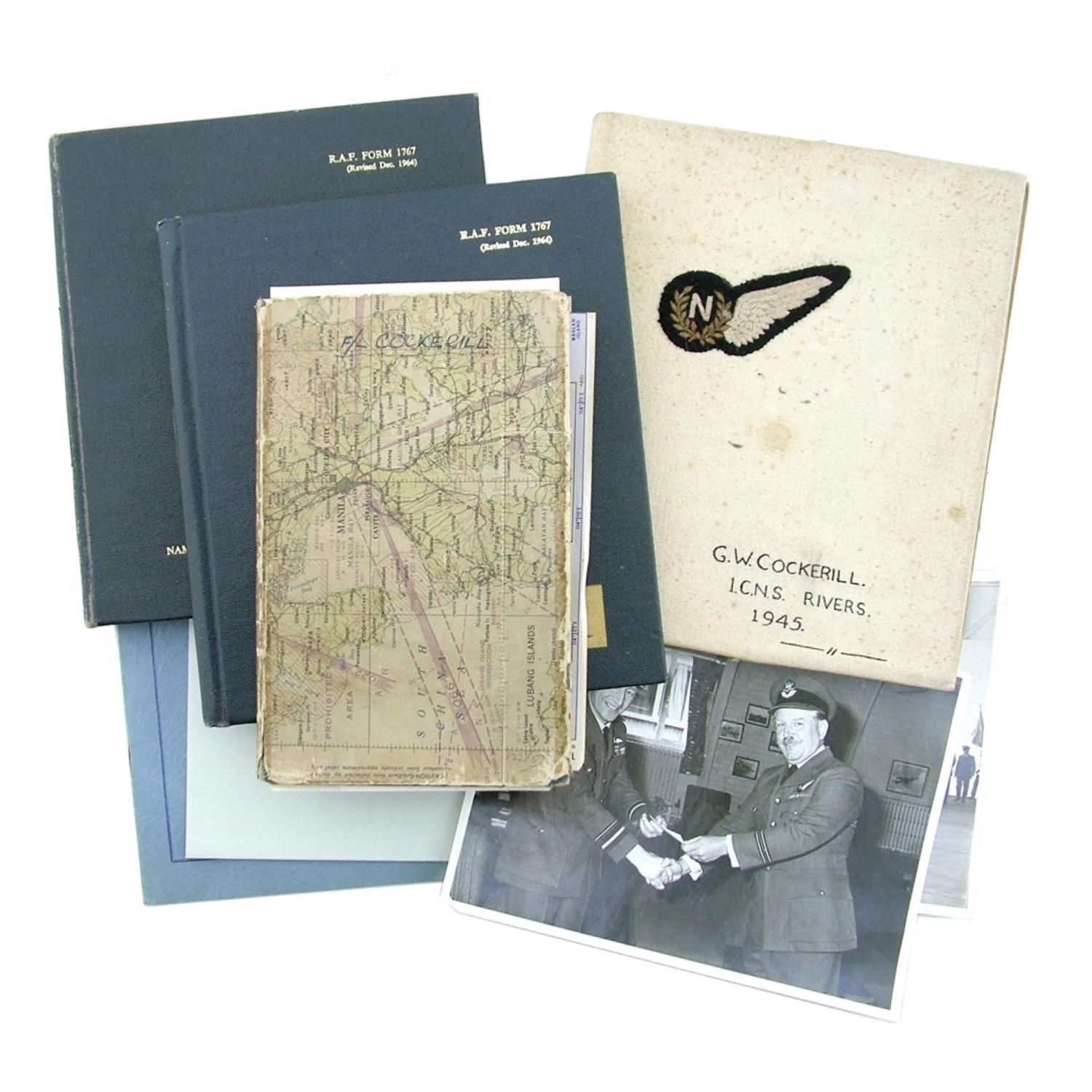 Series of three flying log books named to G.W. Cockerill who was a member of Hull University Air Squadron and qualified as a RAF navigator in August 1945.  The first log book begins in March 1945 at No.1 Canadian Navigation School, Rivers, Manitoba, Canada with him flying in Ansons.  In 1946 he is qualified as an Air Traffic Controller and completes a  Navigational refresher course in 1956.  Flights with 242 OCU on Valettas are followed by a posting to 52 Squadron Changi in 1957 & later as part of Operation Firedog (Air Supply Force - Malaya, flying from Kuala Lumpur).  He flew more than 160 operational sorties against Malayan terrorists during the Malayan Emergency, dropping supplies to the jungle troops, mainly Gurkas fighting the Indonesian troops.  Back in the UK he qualifed as a Navigational Instructor in 1960. This log is full, well written and interspersed with photographs, period certificates and clippings.  The secong log book covers his career from 1966 through to 1973.  He is then a Flight Lieutenant, initially based at R.R.E Pershore (Royal Radar Establishment) flying as navigator on Viscounts, Varsity, Devon & Canberra aircraft.   Later he is based at Bovingdon.  This log is also full and has photos, clippings, certificates glued in.  One flight of interest takes place on 17.06.72 when his aircraft carries Marshall of the RAF, Sir Dermot Boyle.  The final log book begins in 1973 with 26 Squadron on Pembroke aircraft but little of this book is completed.  It does have photos of aircraft , certificates and clippings added.  He is noted as 'an exceptional navigator'.  He seems to have moved to 85 Squadron in 1980 and 25 Squadron from 1983 until his retirement.   This lot also comes with his Navigational training notebook, c.1945 - this has an original 'N' brevet glued to the cover.  Other items include a Weapons Employment Course certificate c.1982, letters regarding his retirement in 1984 (as Squadron leader) and several larger format photos.  A fascinating group of log books to a long serving RAF navigator.  Stock code P22873-16. 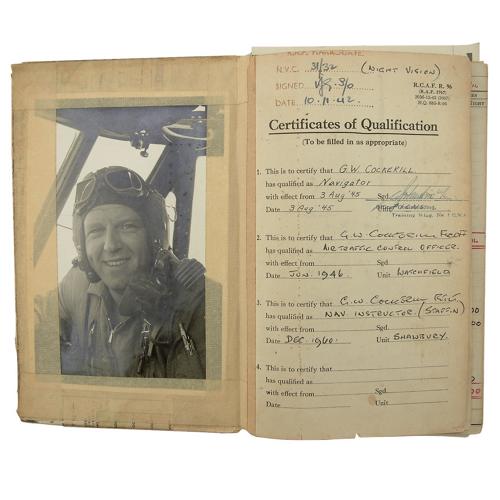 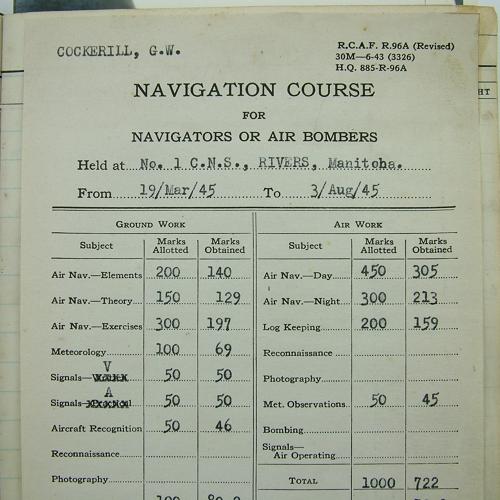 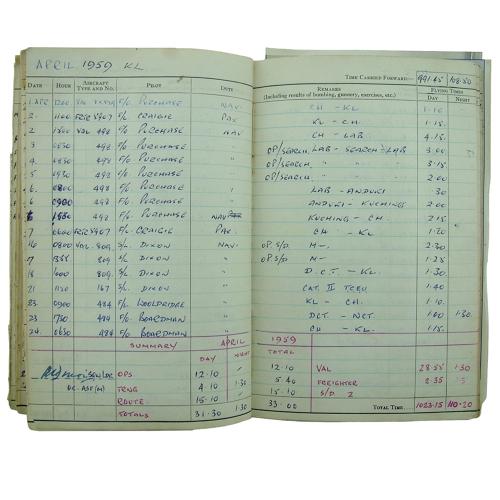 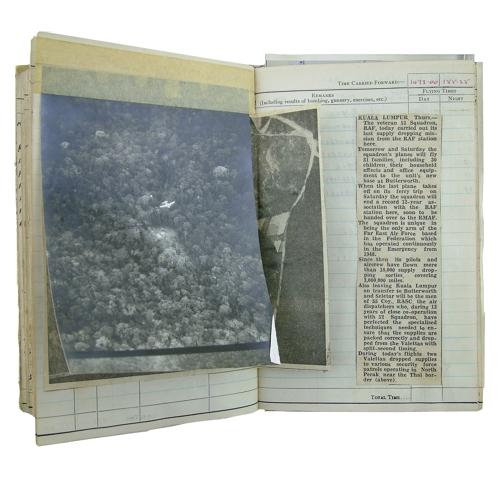 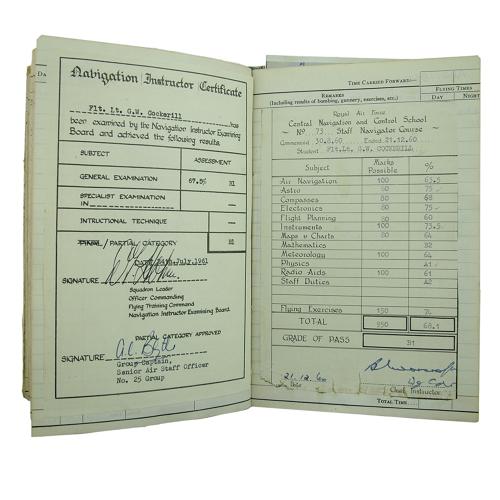 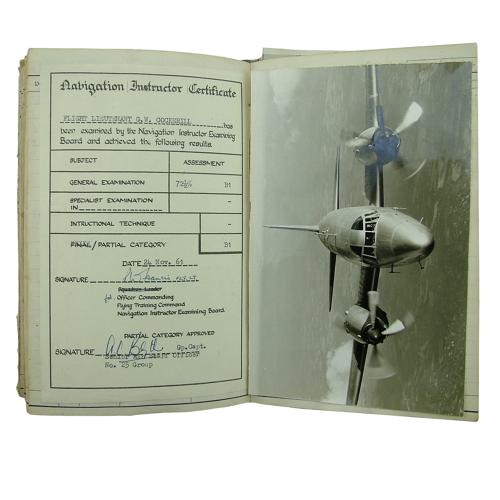 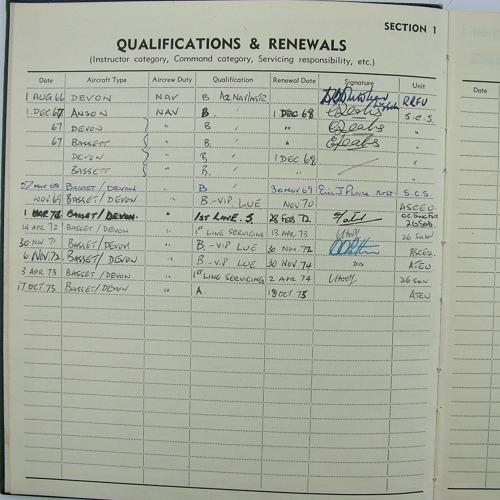 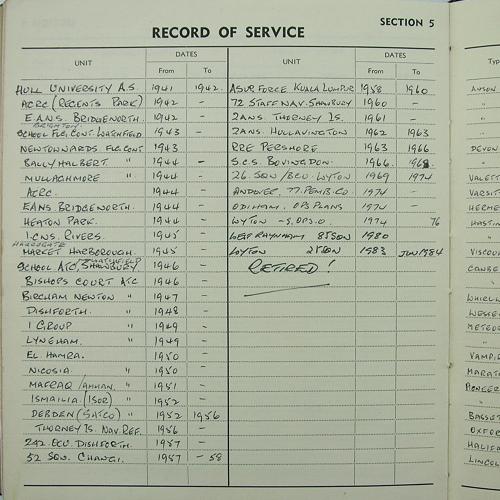 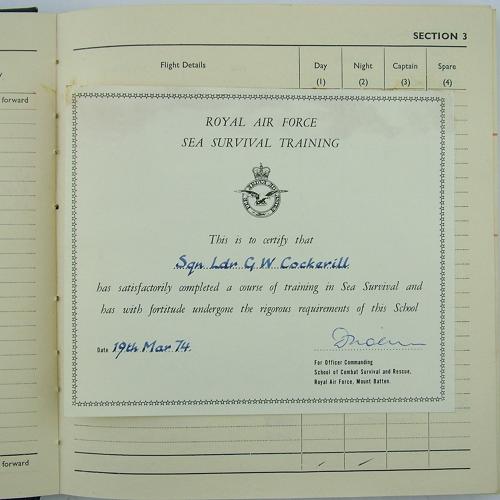 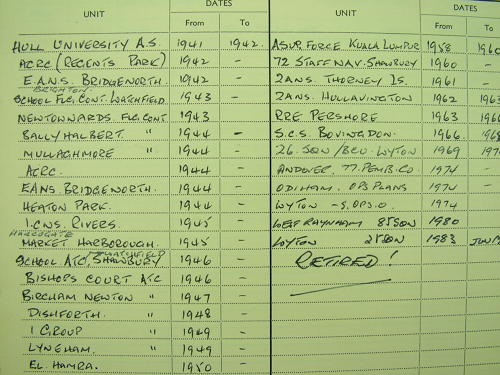 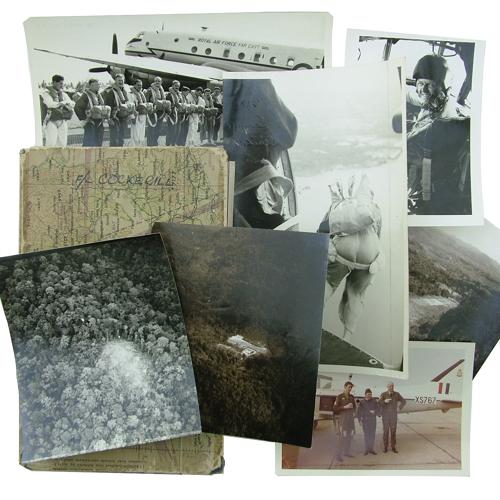 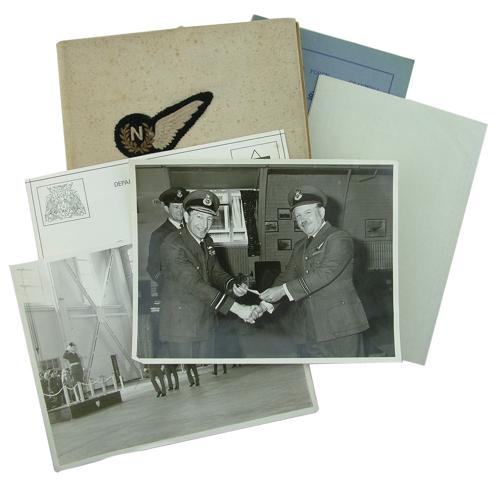