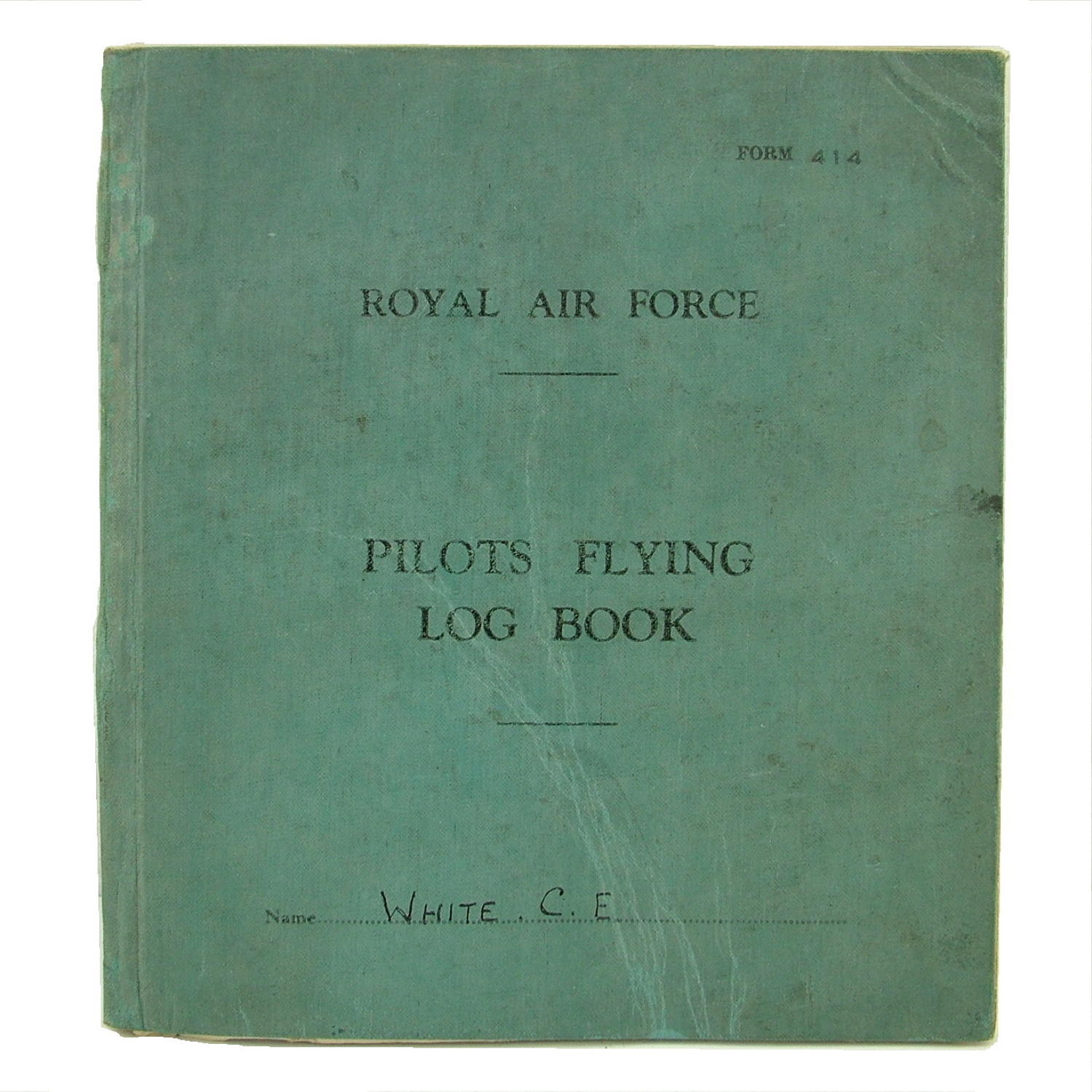 Form 414.  Pilots flying log book of Warrant Officer (later Flight Lieutenant) Claude Edward White AFC, CGM.  Covers his full tour of Operational flights over Germany and Italy in Lancaster bombers with 100 Squadron during the period between May 8th and October 22nd 1943.  Targets include Dortmund, Dusseldorf, Cologne, Essen, Hamburg, Turin, Nurnburg, Berlin, Milan, Munich etc.  His immediate conspicuous gallantry medal  (CGM) was awarded for an 'Op' to Leipzig on the night of 20th October.  He took off at 5.58pm in Lancaster DV189 HW-B2.  Shortly afterwards the aircraft's intercom failed but he decided to press on to the target regardless.  After crossing the enemy coast a mechanical fault caused the port engine to fail and before it could be feathered it burst into flames.  Despite the flames brightly illuminating the fuselage and making the aircraft an easy target for nightfighters he continued on to the target.  Following the attack he and the crew set course for home some seventeen minutes behind the main bomber stream with the port engine still burning.  Amazingly he managed to nurse the stricken bomber back to base and land safely.  At this point fire was threatening to engulf the entire bomber and the rest of the crew were ordered off.  White remained in position to shut down the engines and fuel cocks.  His immediate CGM was awarded for bravery during this operational flight that he would have been perfectly entitled to abort.  He was later commissioned and awarded the Air Force Cross while serving as an instructor with No. 30 OTU.  Like many wartime aircrew White completed two log books simoultaneously.  This is White's personal (2nd) log book.  Effectively an unofficial duplicate guaranteed to have been completed by him at the time.   Originally sold in 1990 by the then leading dealer in aviation memorabilia.  His stock was almost always obtained directly from the aircrew.  The log shows use and wear but in good overall used condition.  It is rare to find log books to aircrew awarded the CGM.  Stock code P22508. 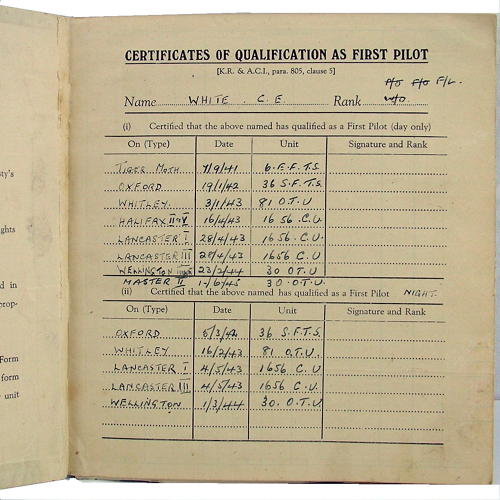 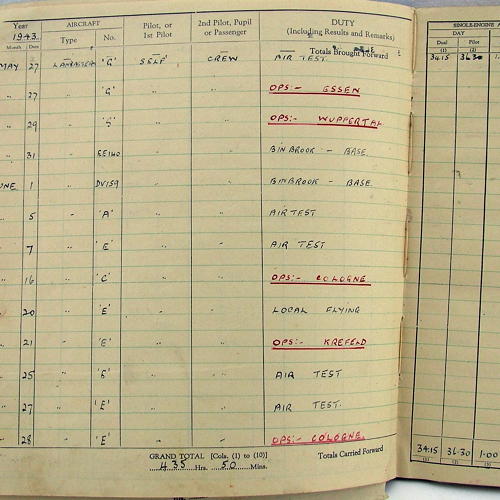 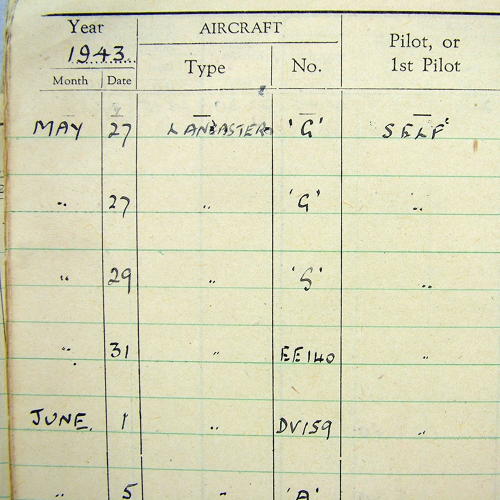 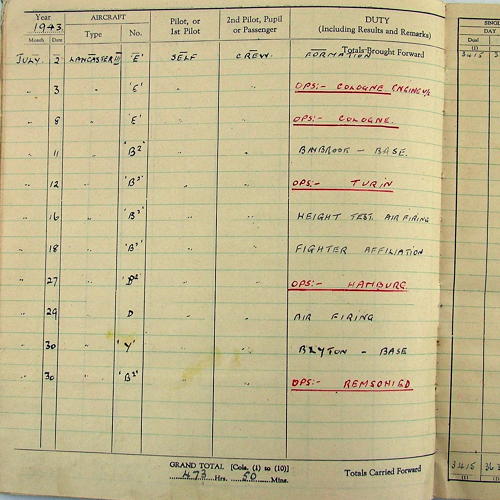 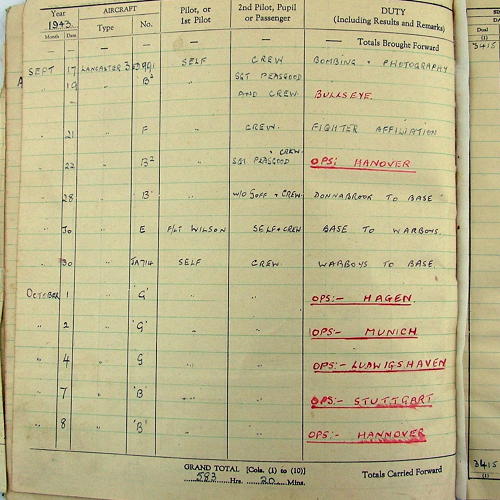 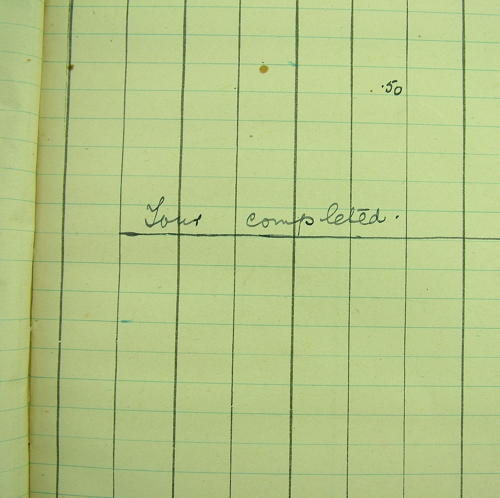 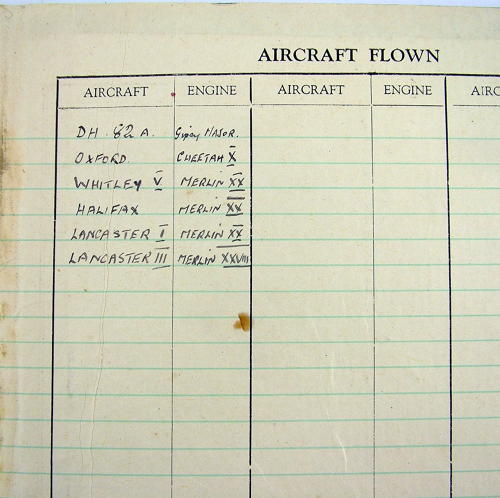 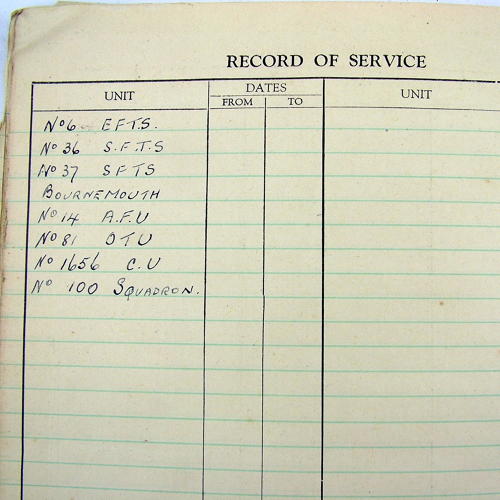