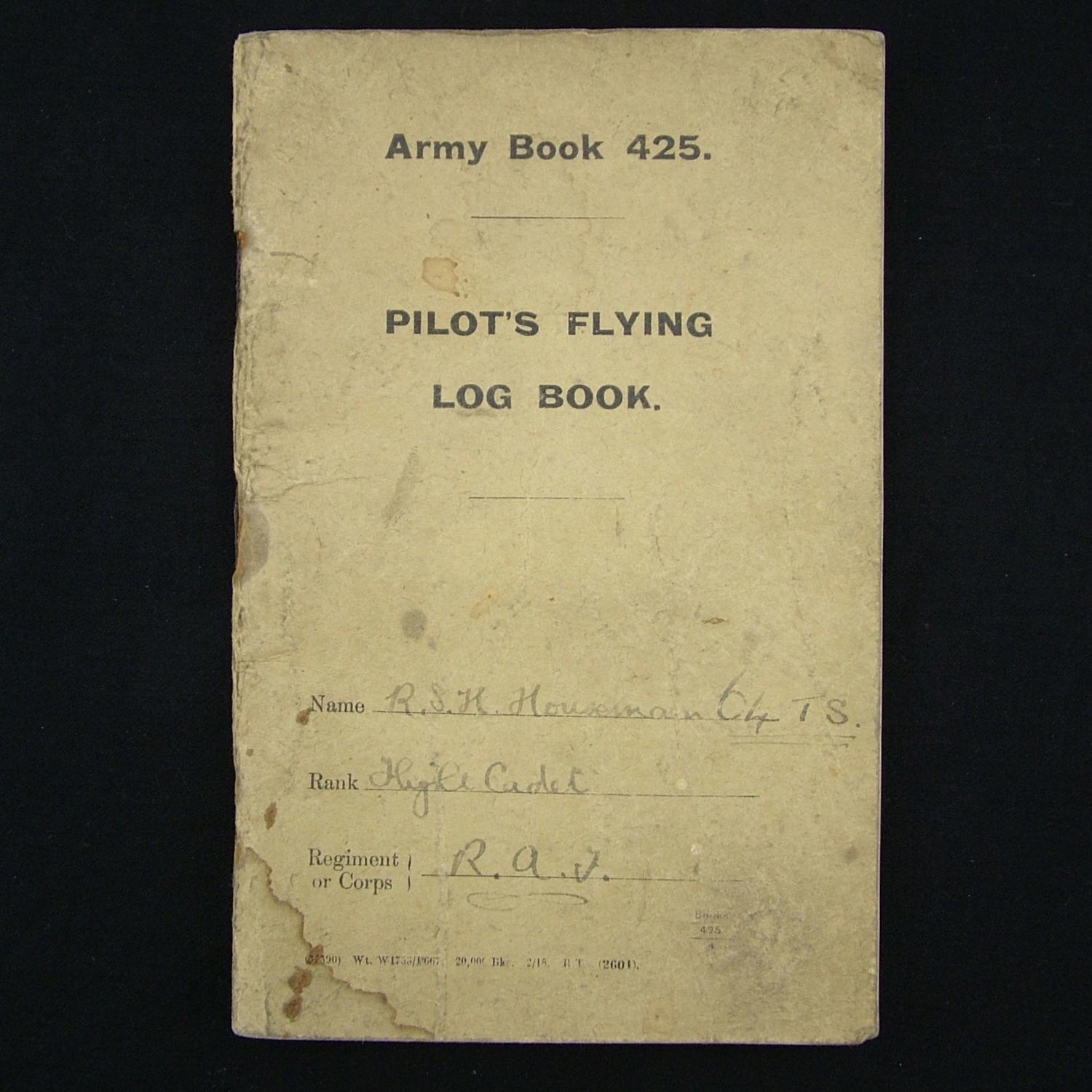 Army Book 425.  Pilot's Flying Log Book.  P/b, 12 x 19cm.  Named to Flight Cadet R.S.K. Houseman of 64 training squadron.  He appears to begin flying on 3rd August 1918 on Airco D.H.6 trainers at RAF Harlaxton near Grantham in Lincolnshire, originally constructed as a R.F.C aerodrome in November 1916.  Dual control training flights continue until his first 25 minute solo on 20th September 1918.  During October and November of the same year he waas training in Scotland and flights are recorded around the coast at St.Andrews, Anstruther and Crail in a Royal Aircraft Factory R.E.8.  On 7th November 1918 he notes 'Crash - very rough weather' but there are no more details.  The log ends quite abruptly on 16th November 1918, shortly after Armistice day.  It is signed by Houseman and the commanding officer throughout.  The cover is worn/creased with some soiling/stains.  Corroded staples.  Not exciting but documents training in the infancy of the RAF at the end of the Great War.  Stock code P19748. 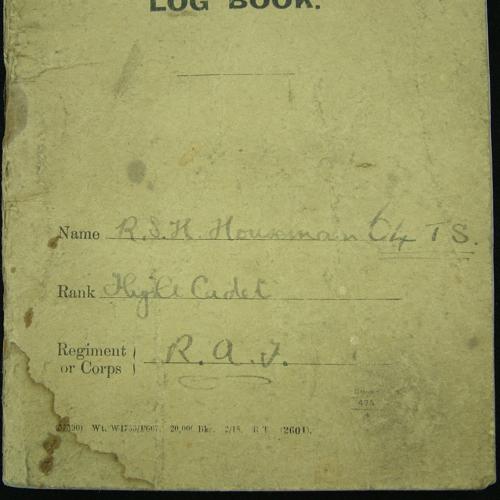 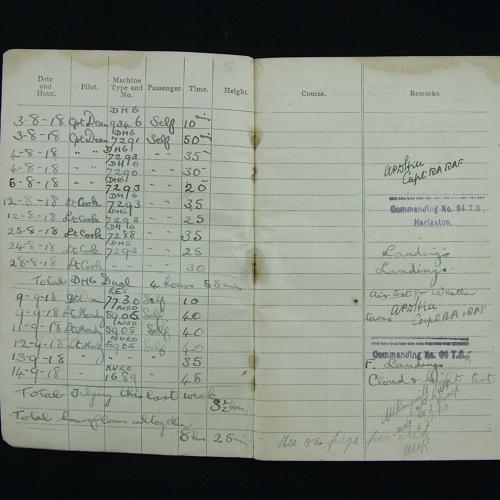 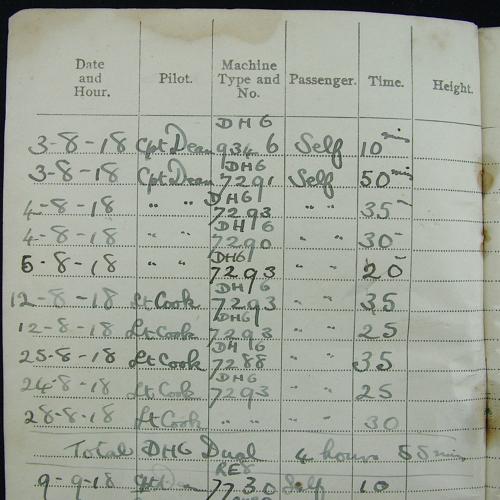 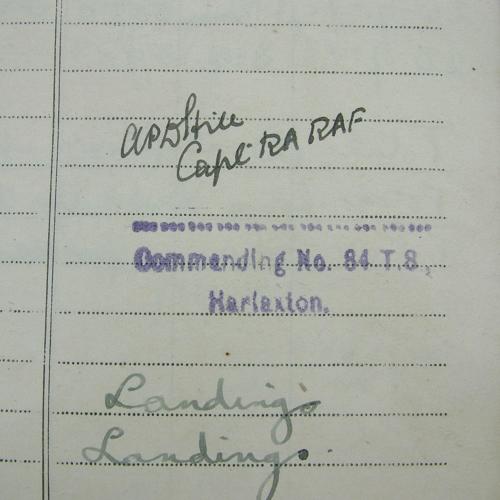 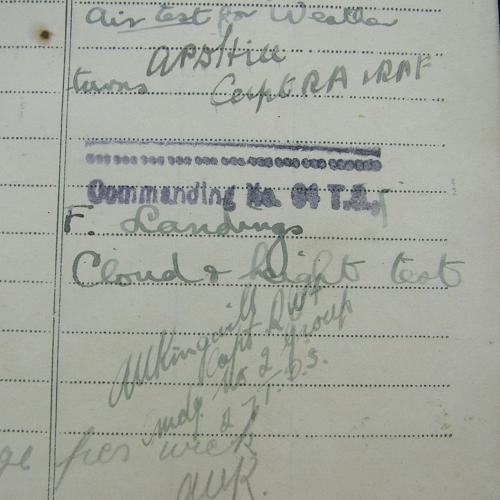 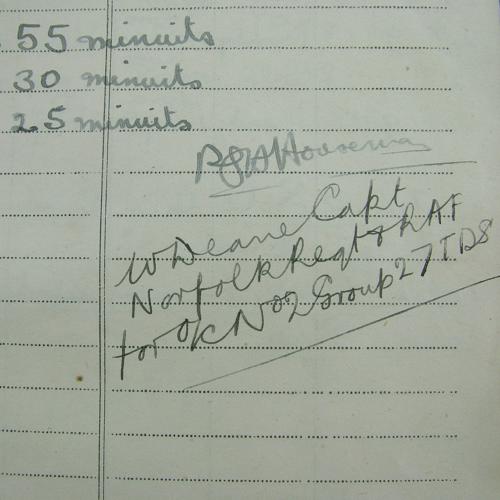 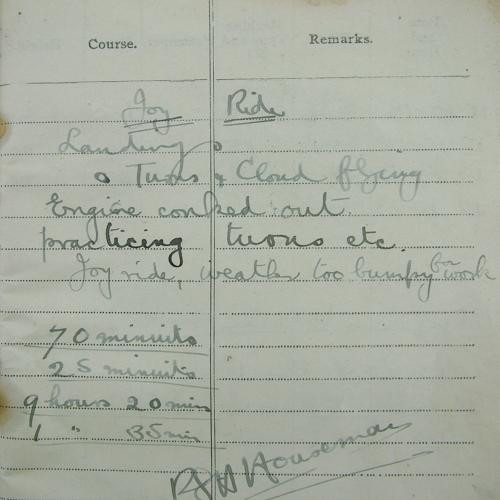 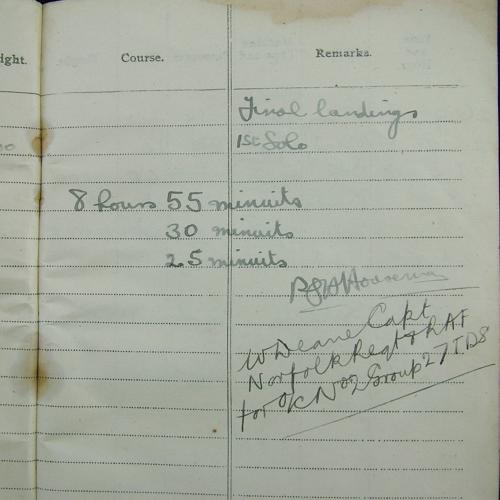 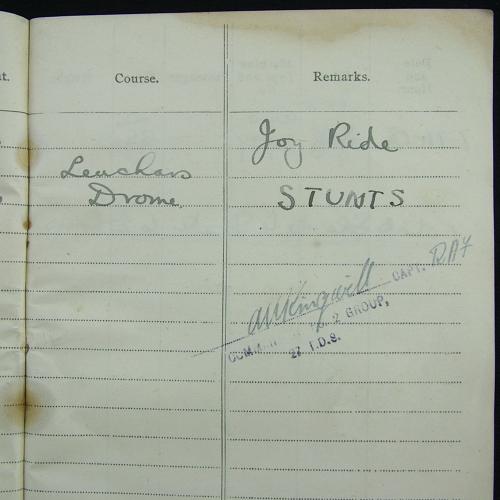 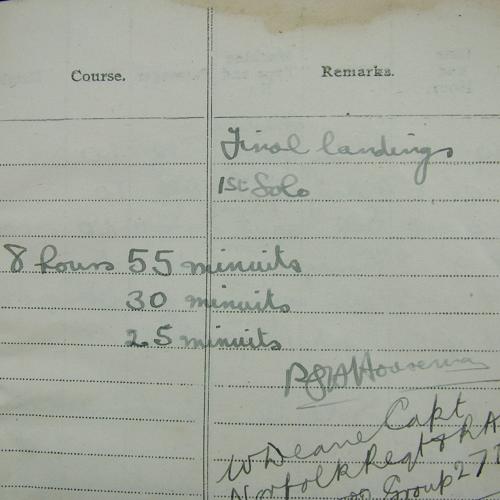