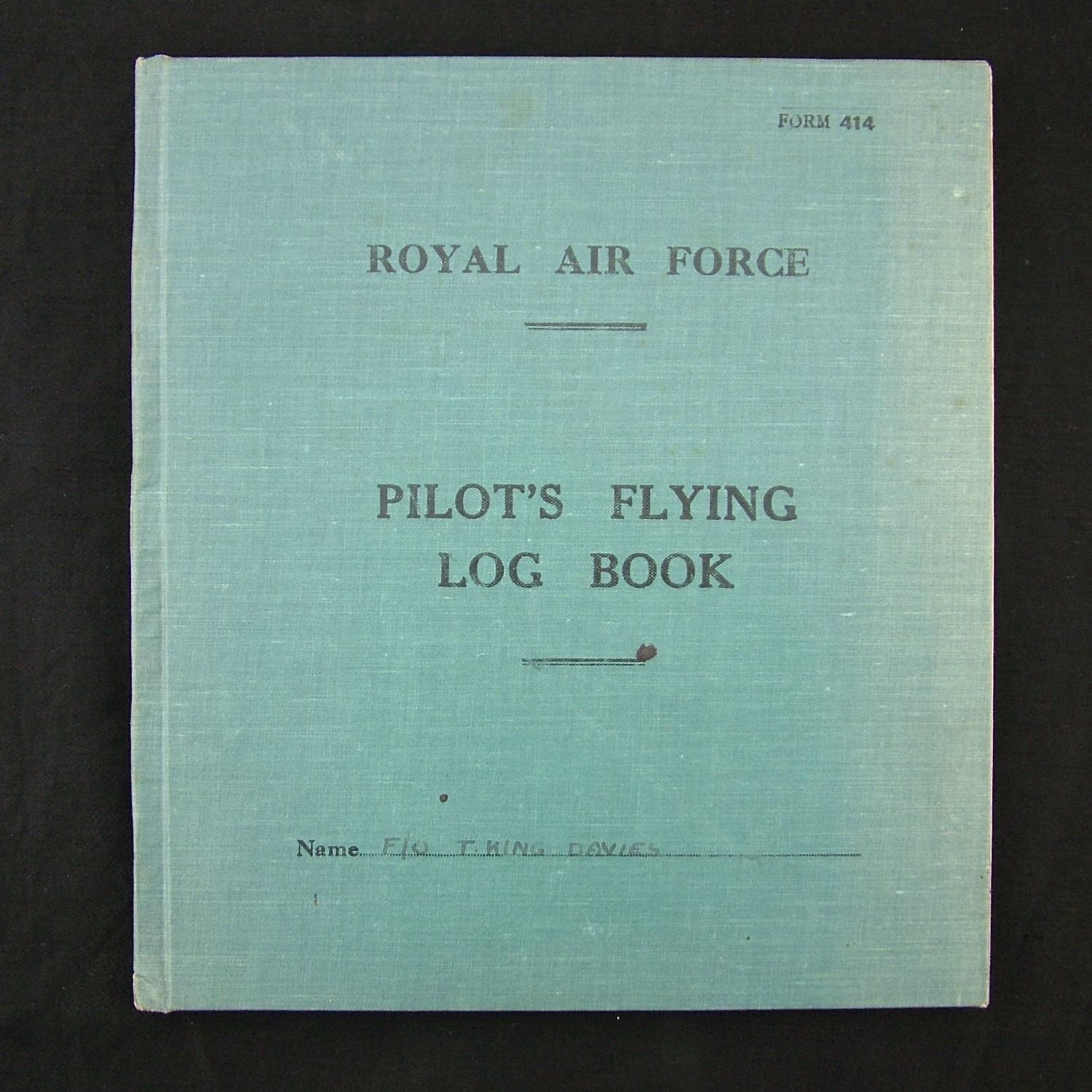 Form 414.  Pilot's Flying Log book named to Flight Lieutenant T. King-Davies, a South African flying with the R.A.F.   It begins August 7th 1941 at No. 6 Air School Potchefsroom, South Africa on Tiger Moths and Taylorcraft aircraft. In December he moved to No.27 Air School at Bloemspruit, Bloemfontein, South Africa on Oxford, Master and Harvard trainers but there are only a few flights between December and May 1943.   In June he was posted to 262 Squadron, Congella, Durban on Catalina flying boats flying mainly as second pilot on the few flights recorded between then and May 1944. Only training and transit flights were undertaken though he notes that one crew were killed at St. Lucai and a F/Lt. Grant was awarded the DFC in june 1943.  In October 1944 he was posted to 228 Squadron at Pembroke Dock in Wales on Sunderlands.  Again, the flights are just transit but he notes 'X/228 crashed on landing at Mount Batten (Plymouth) on 6/12/44. F/lt. Frull & W/O Holmes killed'.  The log ends on March 1 1946 at St. Eval.  The rear of the book has his postings listed from signing up in 1940.  Probably his 'second/personal' copy as there are no 'sign-offs' or official stamps etc.  Comes with his Union of South Africa/ Union Forces driving licence authorizing him to drive all military vehicles.  This is dated 23.10.1941.  Stock code P16401. 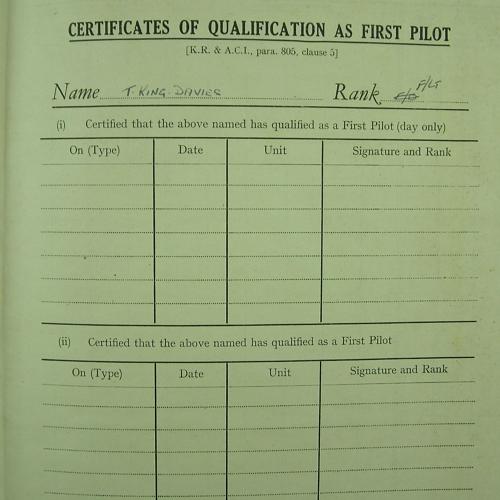 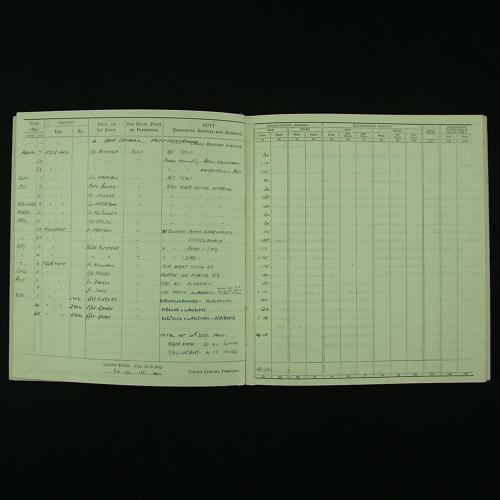 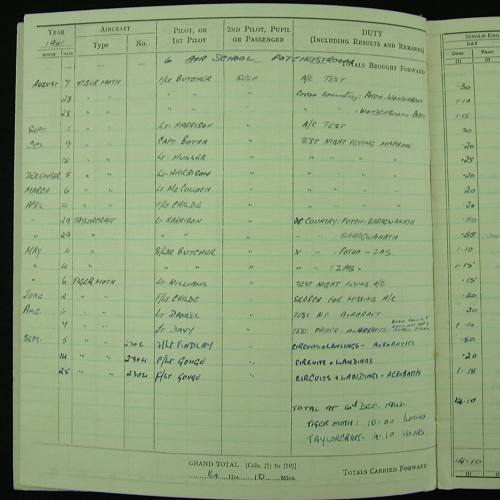 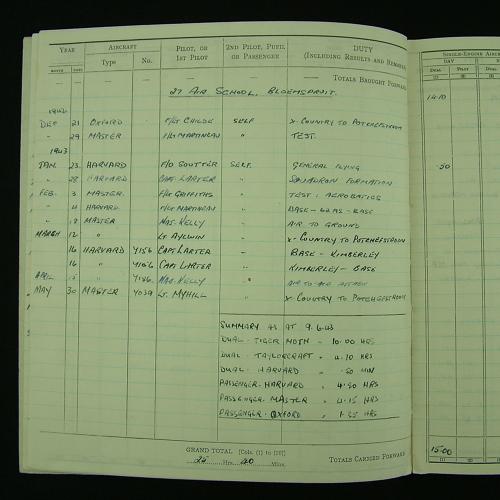 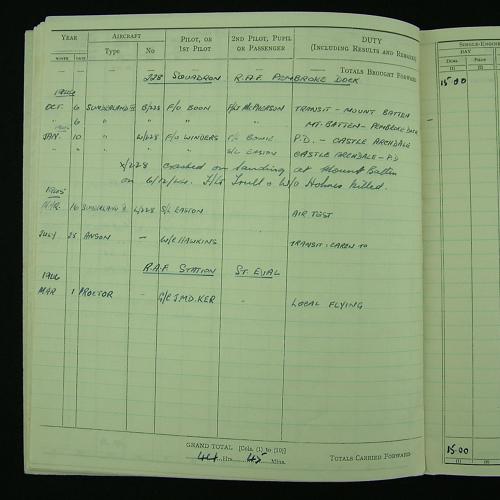 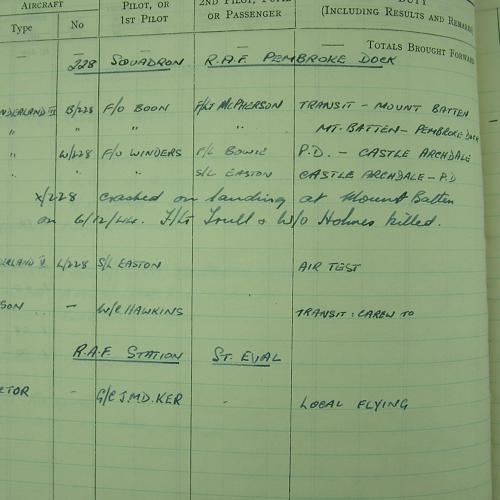 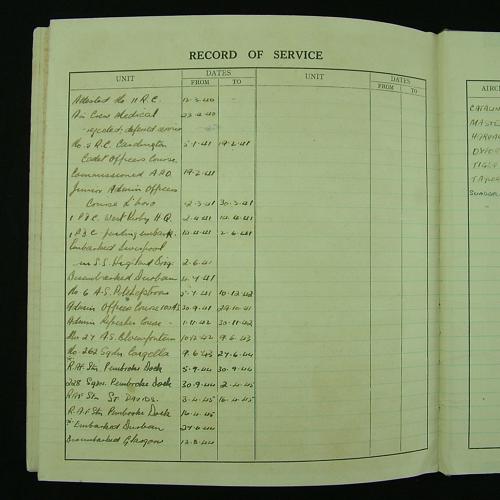 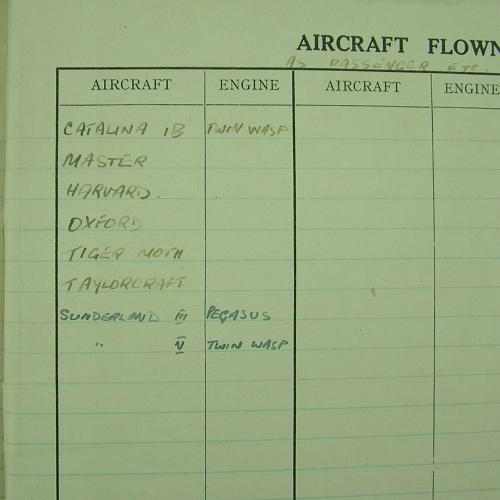 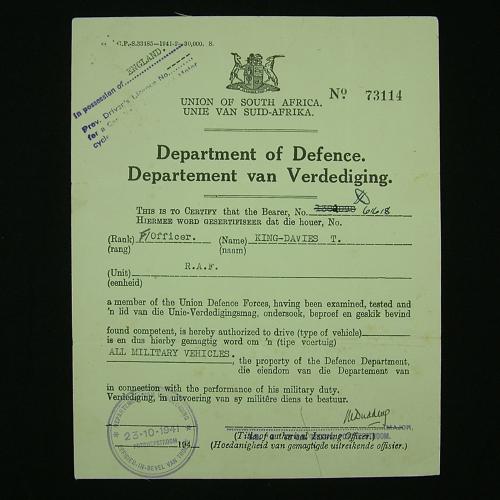 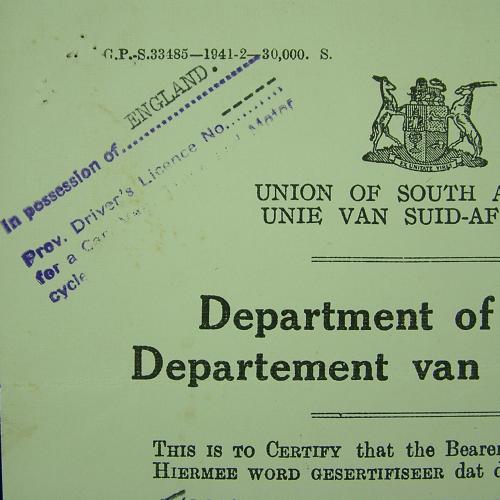 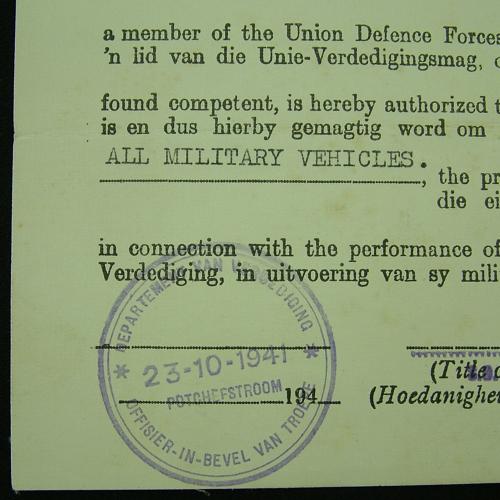