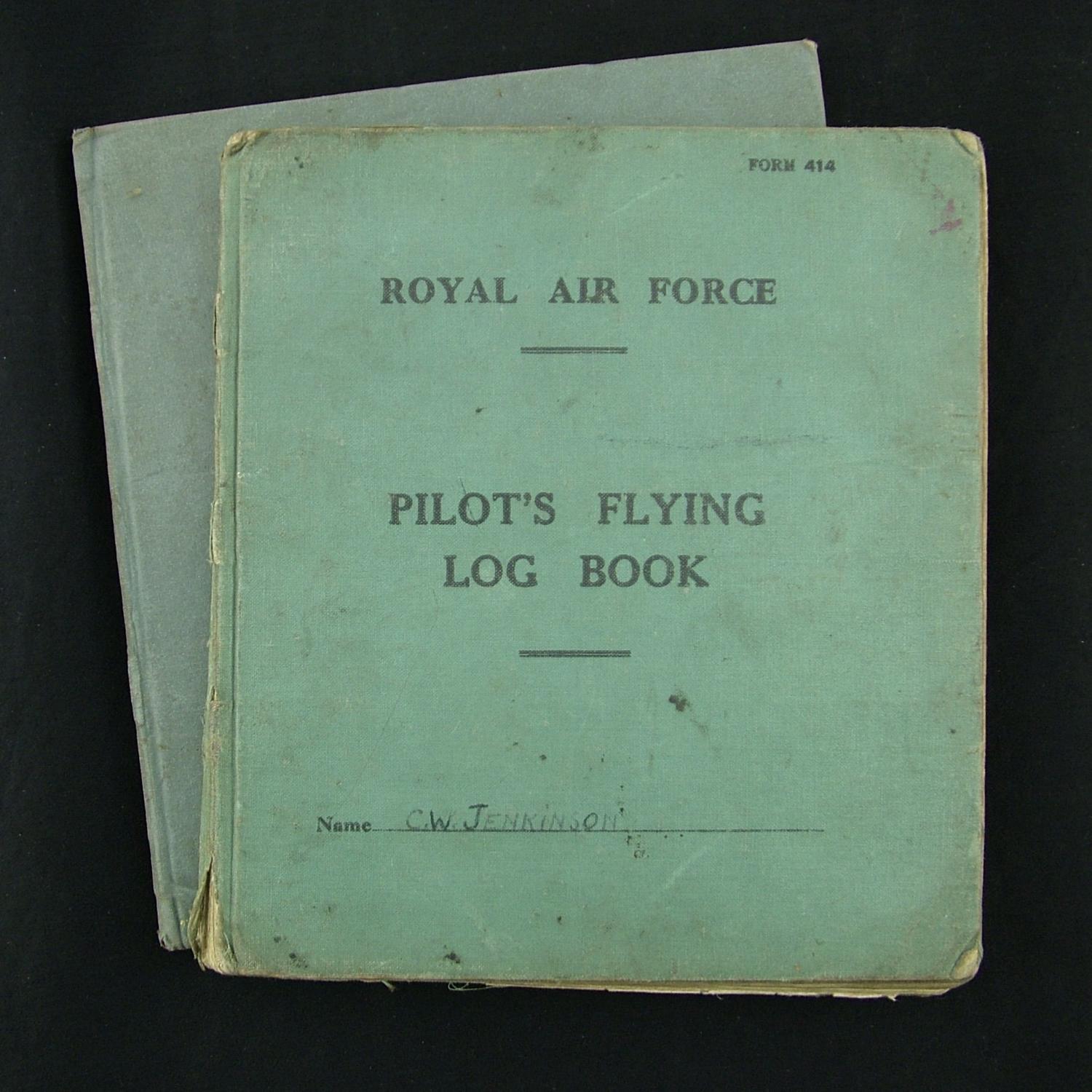 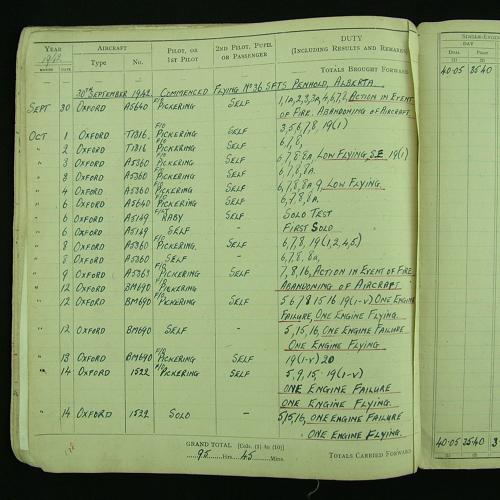 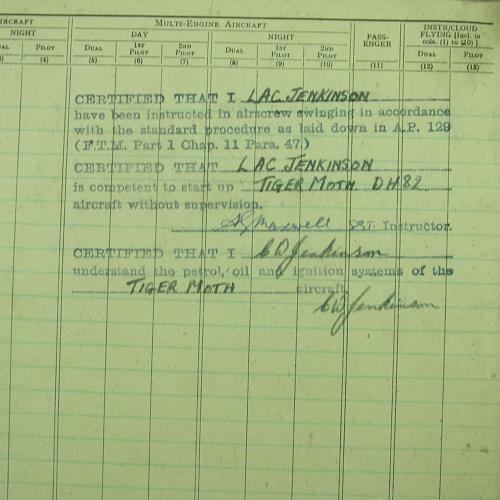 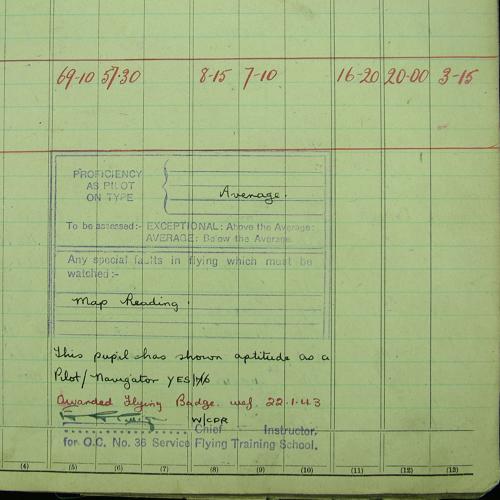 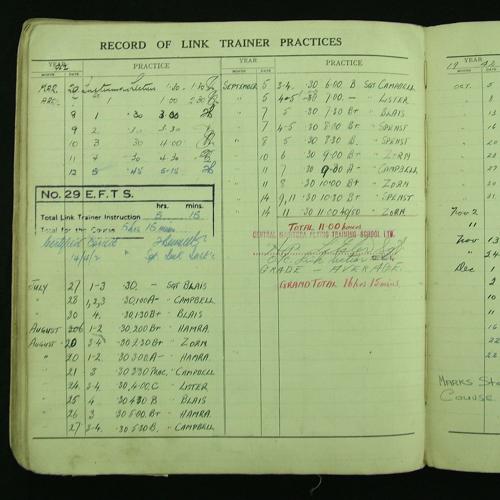 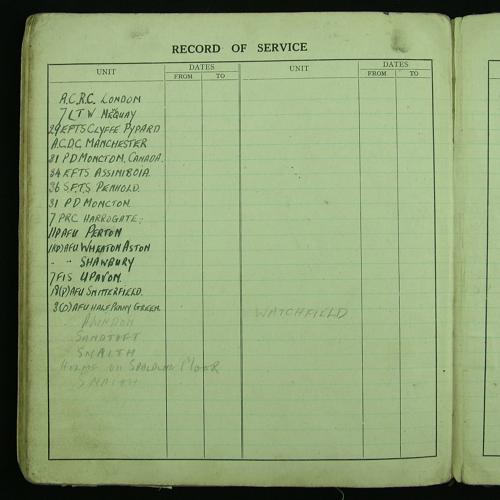 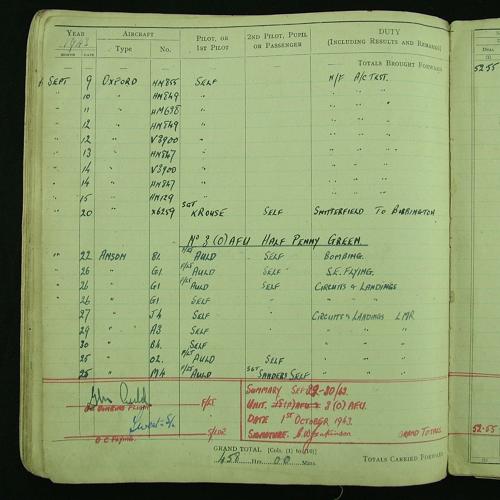 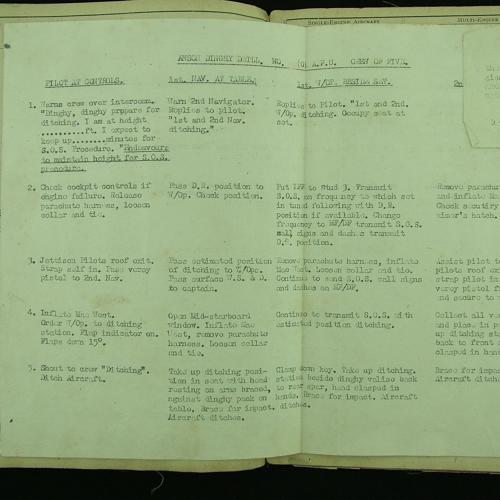 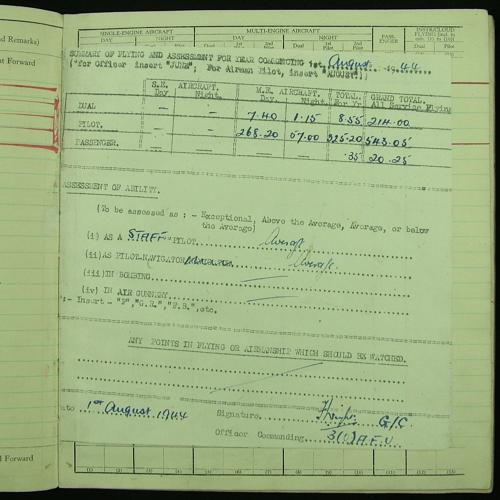 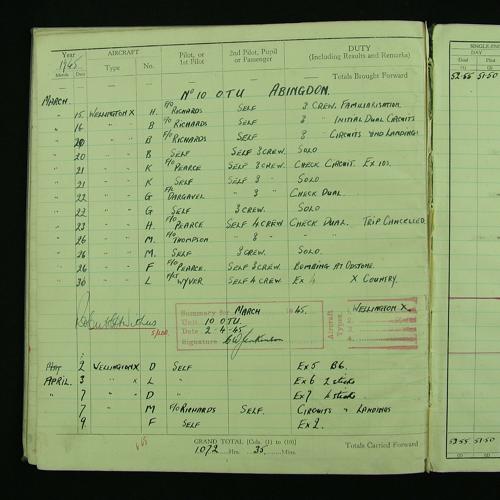 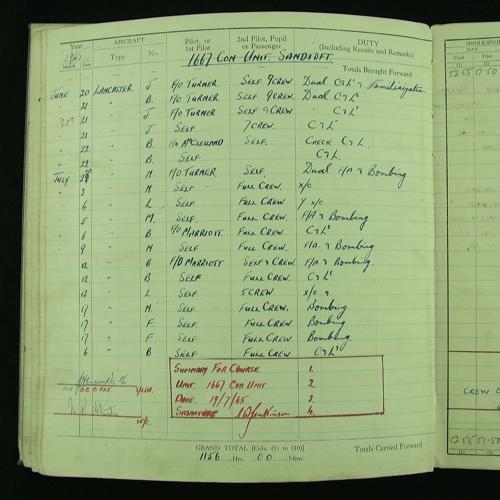 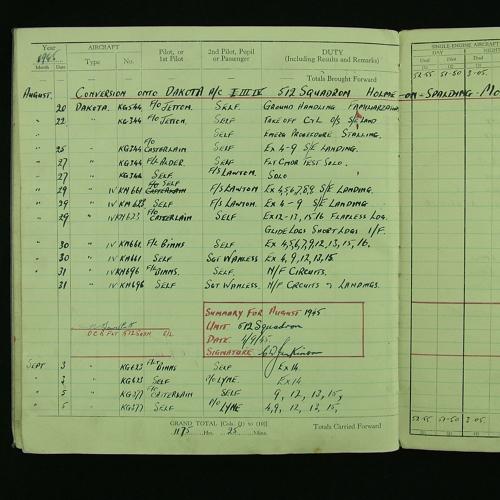 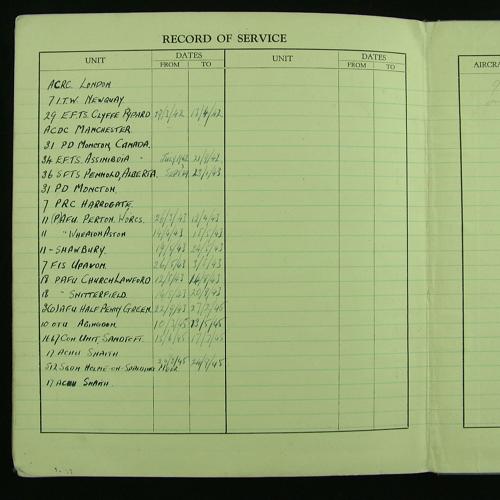 Flying log books (2) to Flight Sergeant Charles W Jenkinson, a pilot with airgunner with 512 Squadron.  The log starts in March 1942 at No.29 E.F.T.S  training on Tiger Moth biplanes and flying solo for the first time on April 13th.   In July he was posted to No. 34 E.F.T.S Assiniboia, Saskatchewan, Canada as part of the Commonwealth training programme and then to No.36 S.F.T.S at Penhold, Alberta on Oxfords. In January of 1943 he was classified as 'average with an aptitude as a pilot/navigator' and was awarded his wings on 20th of the same month.   In March he  returned to the UK and was posted to No.11 Pilots Advanced Training Unit,  Perton and then Wheaton Aston.  In May 1943 he was at No.7 Flying IInstructors School (FIS) at Upavon on Oxfords and Magisters.  During his training he also attended 1537 Beam Approach Training Flight.  In August 1943 he attended No.18 PAFU at Snitterfield before a move to No.3 Observers Advanced Flying Unit (OAFU) at Half Penny Green on Ansons.  During his time there he undertook many bombing and navgiational exercises.   The second log begins June 1944, still at No.3 (O)AFU where he was classified as an 'Average staff pilot/navigator.  Numerous training flights follow before he moved to No.1 B.A.S. (Beam Approach School) at Watchfield in January 1945.  In February 1945 he was classified as an 'above average' pilot and transferred to No.10 O.T.U.  (Operational Training Unit) at Abingdon on Wellingtons as a 'proficient' pilot. In June 1945 he moved to 1667 Conversion Unit at Sandtoft on Lancaster bombers and then in August 1945 on Dakotas with 512 Squadron at Holme on Spalding Moor.  The log ends in September 1945.  Both books are copiously stamped/signed off and have lots of pasted in sheets regarding such things as endorsments, dinghy drills, Anson fuel cocks, oxford oil system, solo and post solo certificates etc.  No exciting action but an interesting insight into an instructor's training.   Stock code P22873-9.