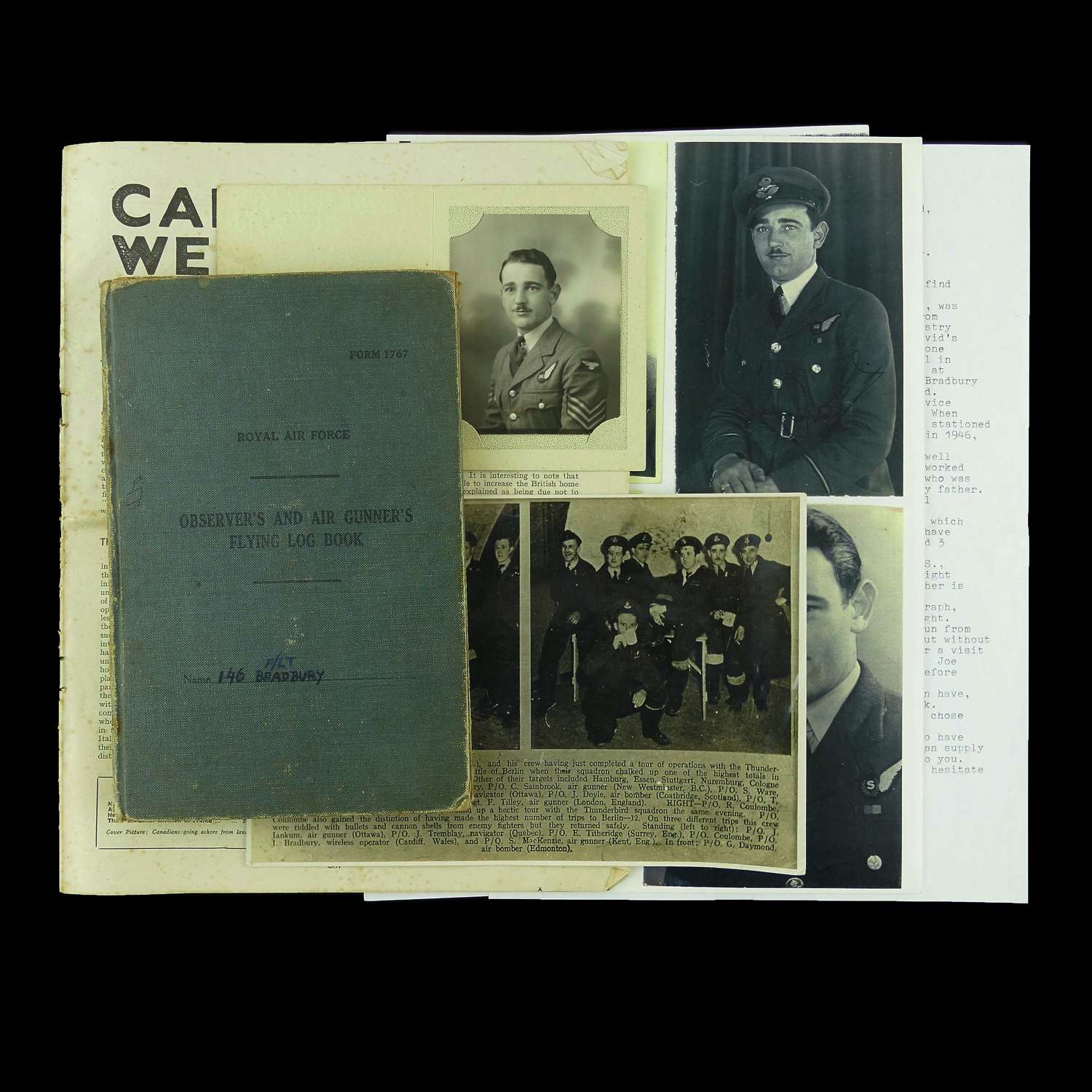 Log book and photographs of wireless operator airgunner Flight Lieutenant Charles John Bradbury RAF (1410475), covering the period between 8th November 1942 and 15th May 1945.  He was born in Wales on 24th March 1921 to parents Samuel and Doris Ethel Bradbury (nee Howell). He attended No.4 Signals School, Swanton Morley between November and December 1942 before going to No.3 Air Gunner School (Mona, Canada), qualifying in January 1943. The log begins with training flights in Ansons and Dominies but in March 1943 he was posted to 23 Operational Training Unit, Pershore, on Wellington bombers.  In June he joined RCAF 426 'Thunderbird' Squadron, based at Dishforth in Yorkshire, still on training flights.  On the 10th July 1943 he was on Lancasters with 1679 Heavy Conversion Unit at  East Moor, Yorkshire, before returning to 426, then based at Linton on Ouse, at the end of the same month.  Operational flights commenced on the night of 30th August 1943, the target Gladbach, dropping one 4000lb bomb and incendiaries.  The following night they attacked Berlin but their aircraft had compass issues, the bomb load was jettisoned and they returned to base.  By the end of September they had operational flights to Mannheim, Munich and a repeat trip to the German capital.  During October they targetted Hanover (1 x 8000lb bomb), Kassel and Leipzig.  Bradbury notes that some of the guns were unserviceable on the latter two flights.  In November they attacked Dusseldorf and had three sorties to Berlin with a further three to Berlin in December. On the 2nd December he notes 'coned 41/2 Minutes Over Target. Hit by Ju88 & Flak'.  On the 16th - 'Berlin, Hit by Flak And Attacked By Ju88.  Damaged.  Returned On Three Engines'.  On January 14th 1944 the target was Brunswick followed by Berlin on the 20th, 27th and 30th.  During March and April targets included Le Mans, Frankfurt, Berlin and Nuremburg (96 aircraft lost on this raid).   During a sortie to Dusseldorf they were attacked twice by Ju88s, resulting in a hit to the starbord petrol tank.  Bradbury's final two Ops were to Karlsruhe on 24th and Essen on 26th April.  This completed his tour of 28 operations with Bomber Command and the log is signed off to this effect.  In June he transferred to 24 OTU at Honeybourne, Worcestershire, as an instructor on Wellingtons, and in December 1944 he attended the Staff Pilots Training Unit at Cark, Cumbria.  His final postng was to No.9 (0) Air Force Unit at Llandwrog as a staff Wireless Operator.  A really interesting log book with 28 recorded 'OPs', no less than 12 of which were to the German capital.  Indeed, 426 Squadron hold the record for most Ops over Berlin.  The log comes with a small original photograph of Bradbury as a Sergeant and another showing him with his crew (all named).  Also a copy of 'Canada's Weekly', dated June 16 1944,  a few photocopied images and a letter with biographical details dated 1994, written by his daughter to a previous owner.   A super log with heavy emphasis on the Battle over Berlin.  Stock code P23487. 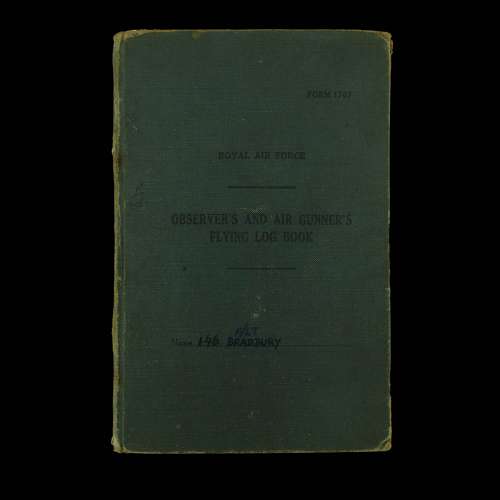 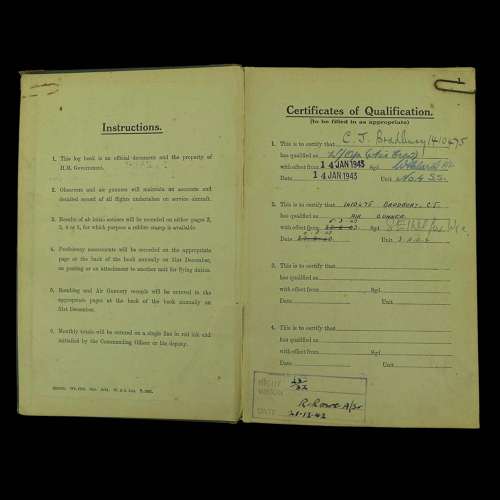 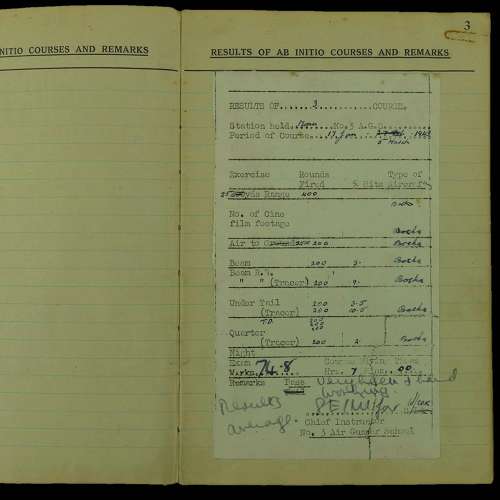 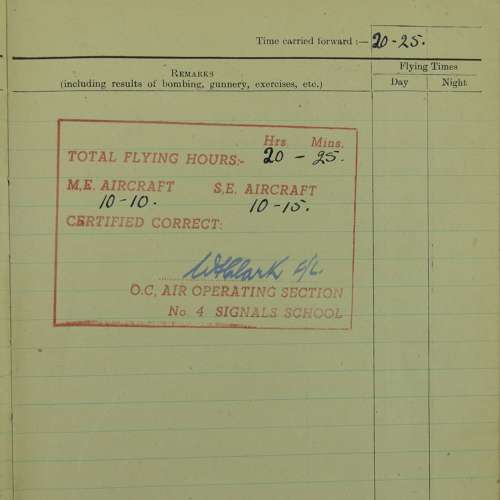 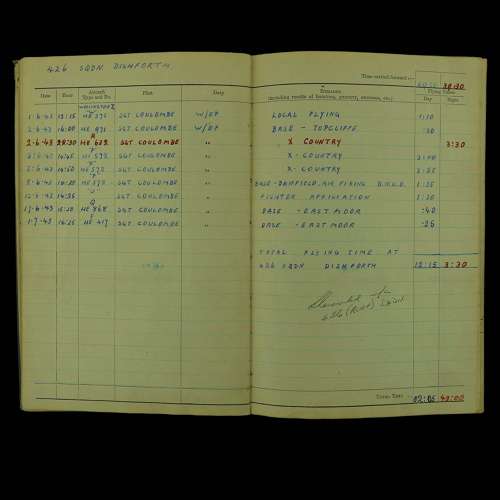 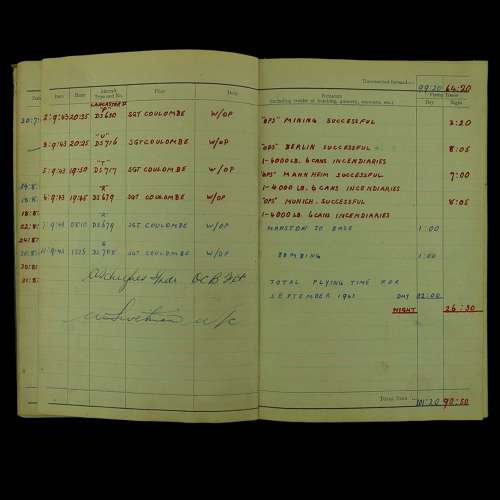 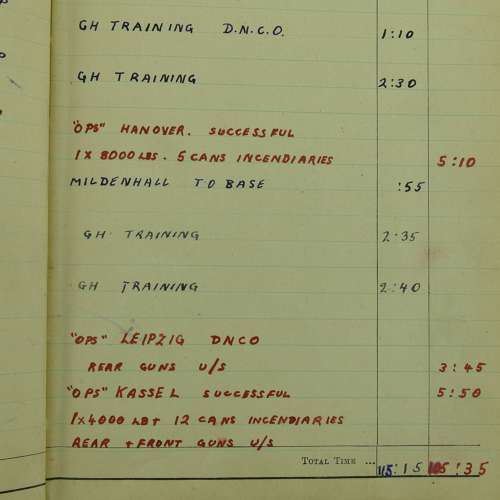 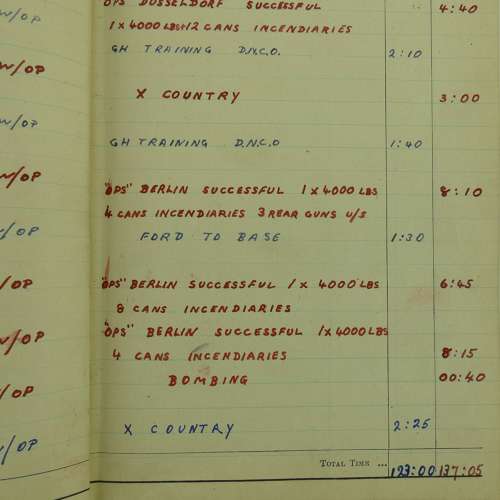 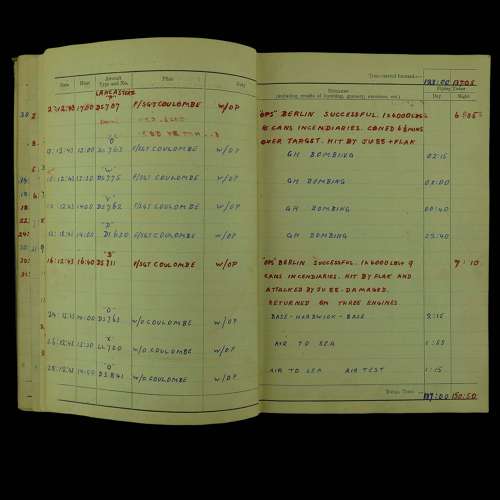 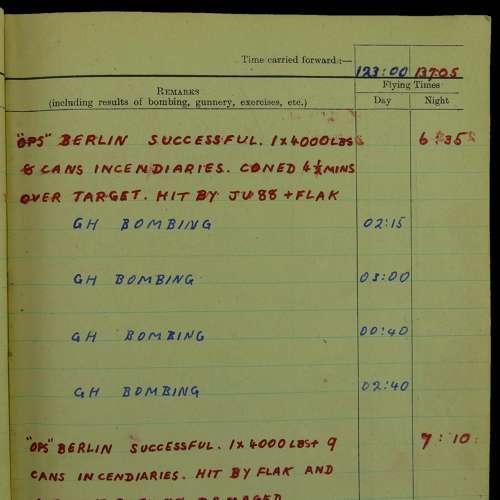 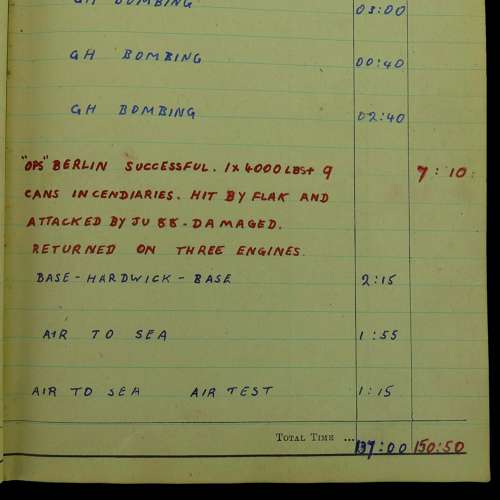 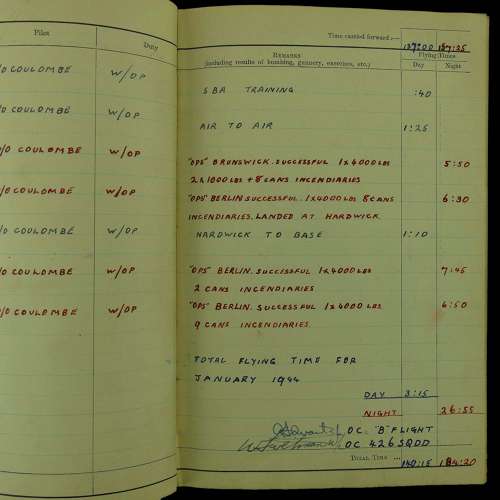 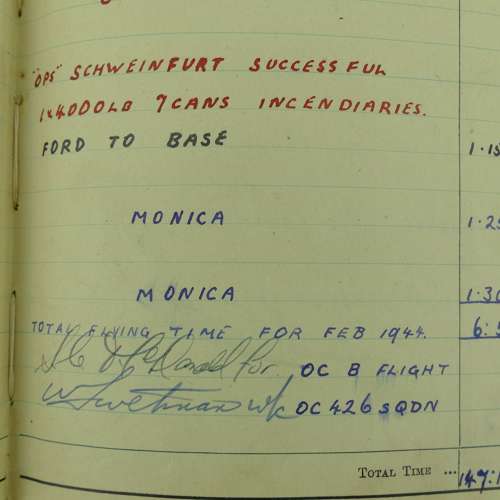 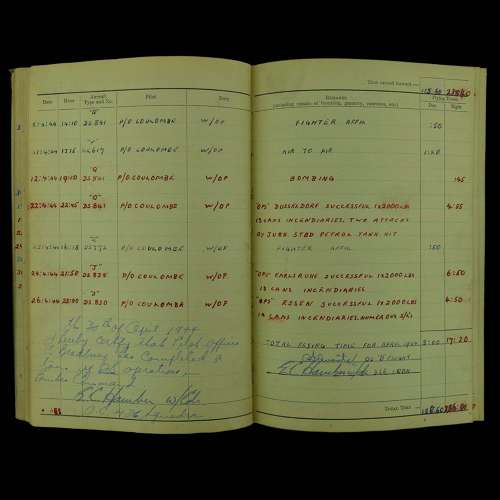 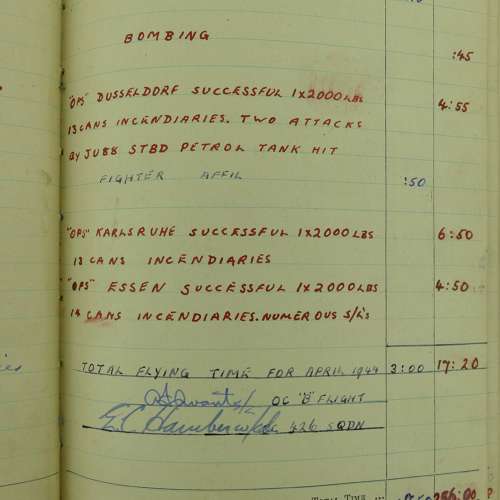 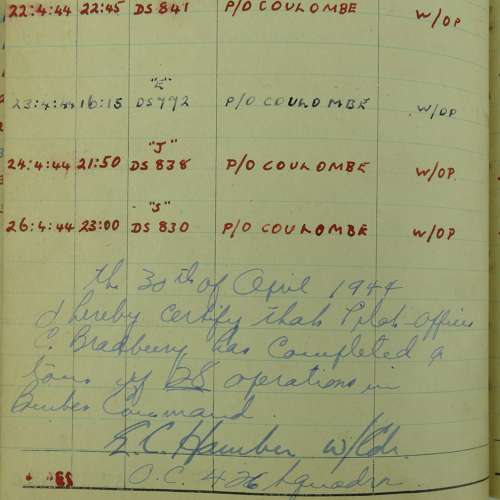 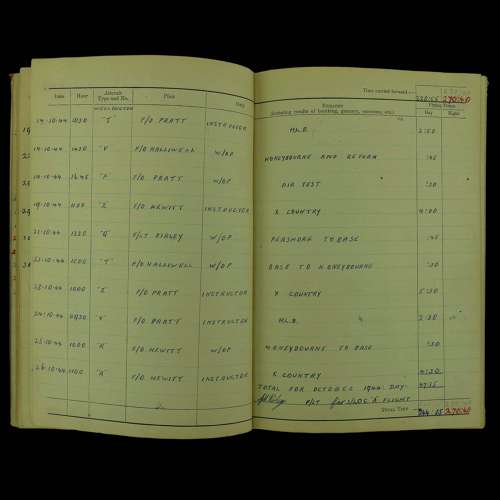 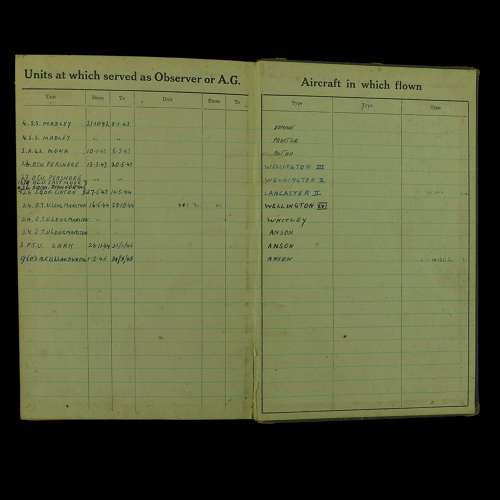 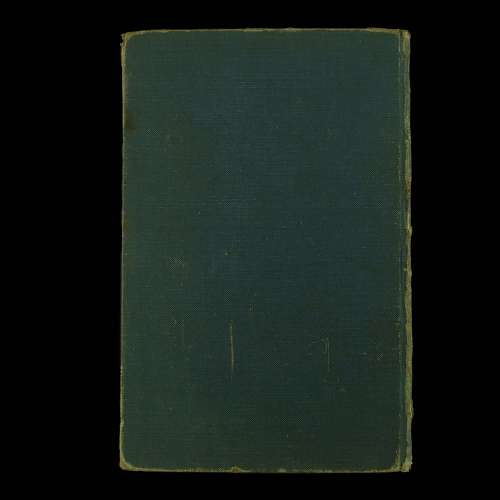 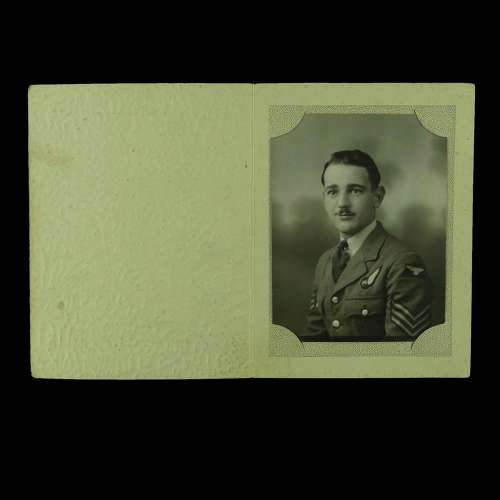 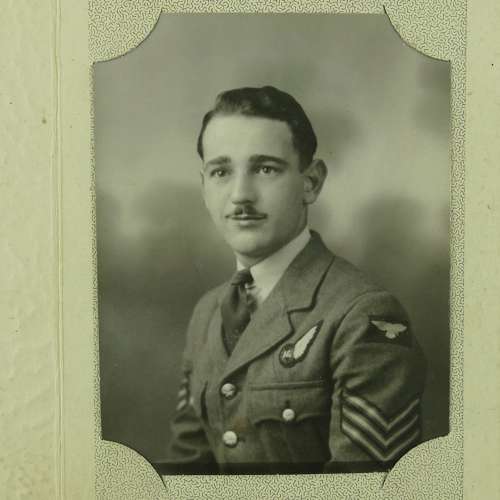 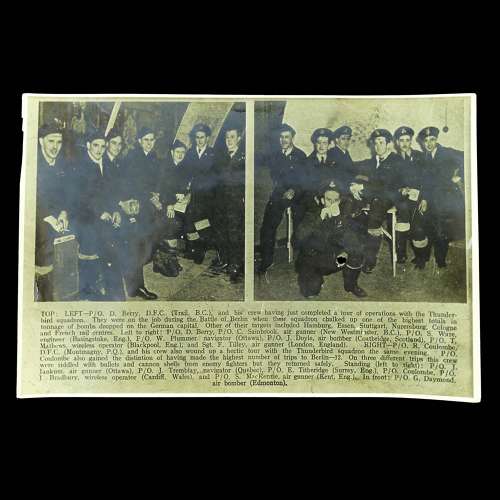 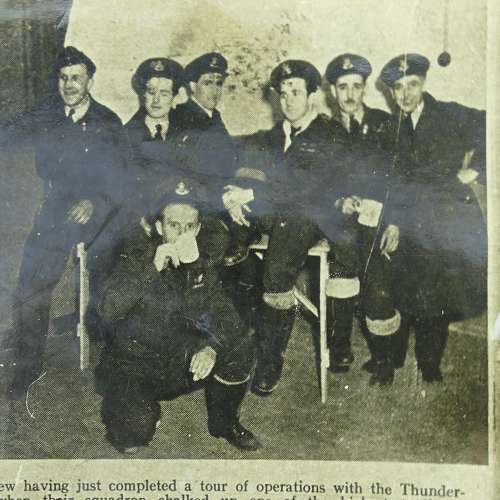 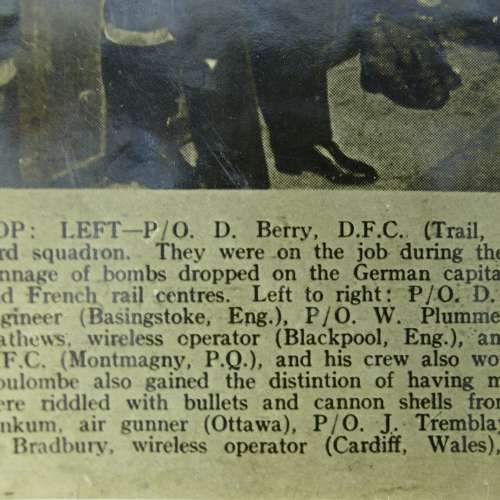 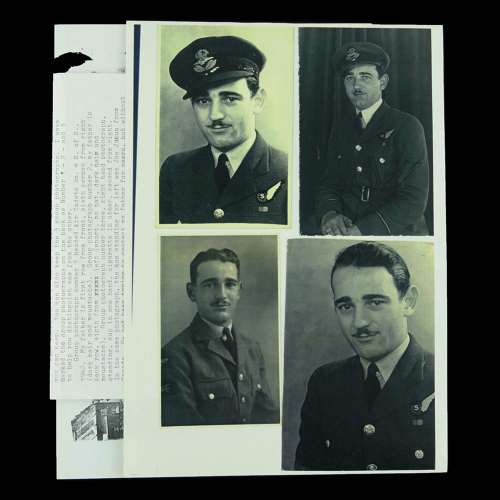 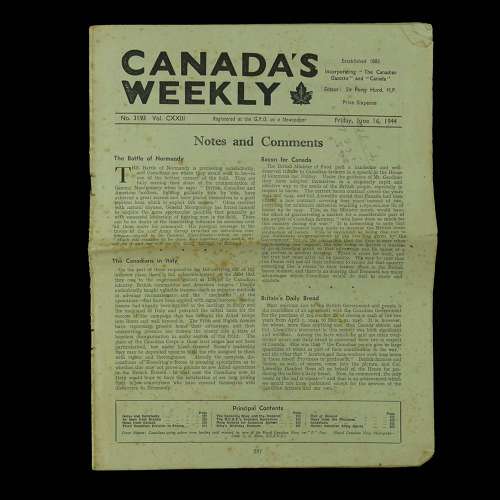