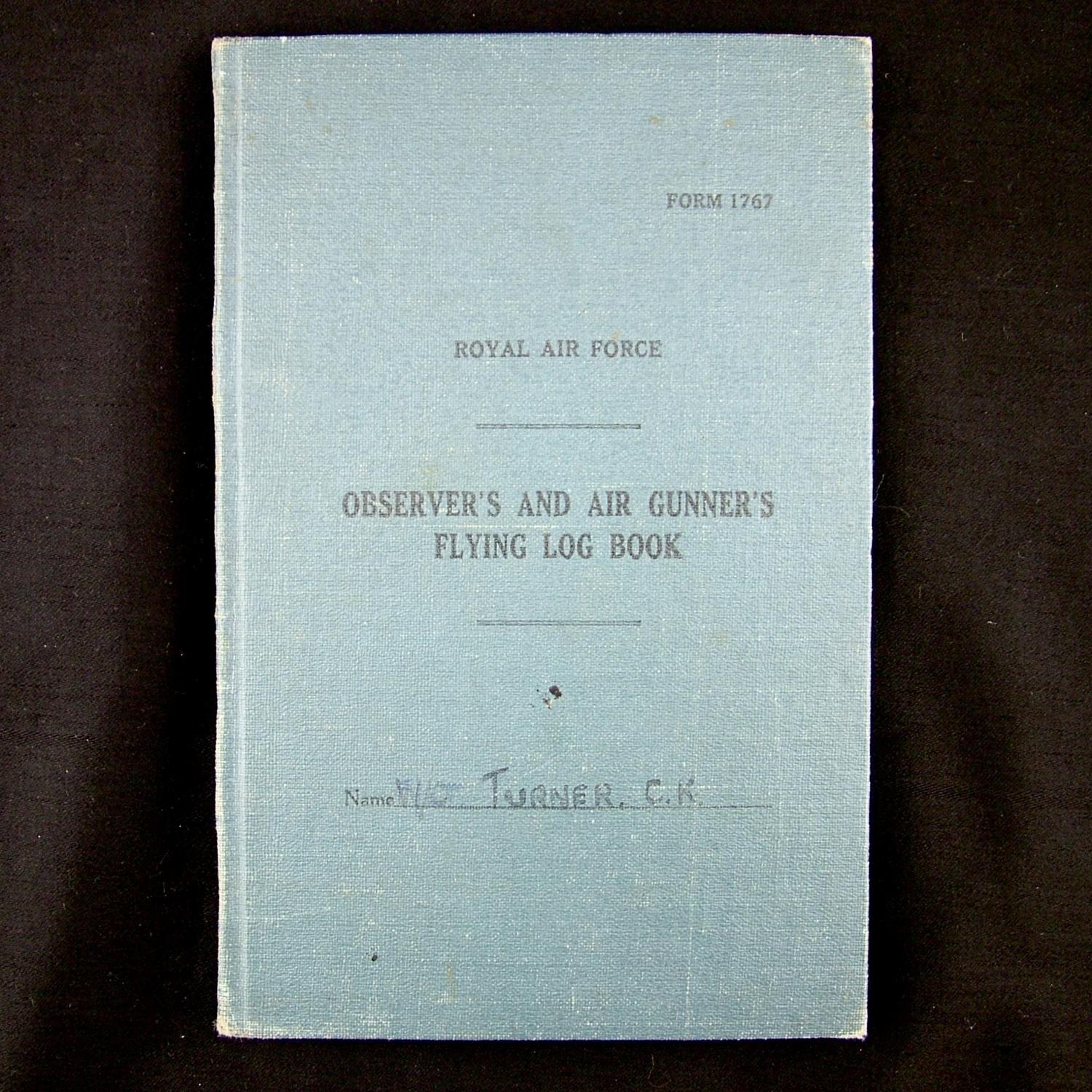 R.A.F. Form 1767.  Royal Air Force Flying Observer's And Air Gunner's Flying Log Book.  Named to W/OP/airgunner F/Sgt. C.K. Turner (954184) and covers the period from March 1944 to March 1950.  It begins with  an inscription declaring 'Second Log Book - first one lost as a result of theft on train on 22 January 1944'.  Turner qualified as a wireless operator in November 1940 and as an airgunner from January 1941 (No. 7 Air Gunnery school).  It would then appear that he went to No.21 Operational training unit before being posted to 214 Squadron where he flew 330 hours of operational flight (included four 1000 bomber raids).  This was followed by a tour of instructing before moving to a conversion unit prior to a posting to R.A.A.F. 462 Squadron (285 hours of operational flight on Halifaxes).  Flying entries in this log begin 23.3.44 at 77 operational training unit, Qastina where crews were trained on Wellingtons for night operations.  These are general training exercises although one sortie invovled a sea search for missing crew.   Flights continue until 03.02.45.   Entries then resume on 28.11.49 at 230 O.C.U. Scampton on Lincoln bombers before posting to 50 Squadron based at Waddington on 2nd February 1950.  Only eight more flights are recorded before the log ends abruptly.  The log is signed off throughout by his commanding officer.  The 77 OTU commanding officer has written an assessment of Turner's wartime service at the back and notes 'an above average officer being (a) competent operator with two tours to his credit'.  Sadly all the operational flights were in his previous (lost) log but this is still of interest.  A photo album relating to this man was sold some time ago before we obtained the log (see stock code P22873-71).  Good condition.  Stock code P22873-13. 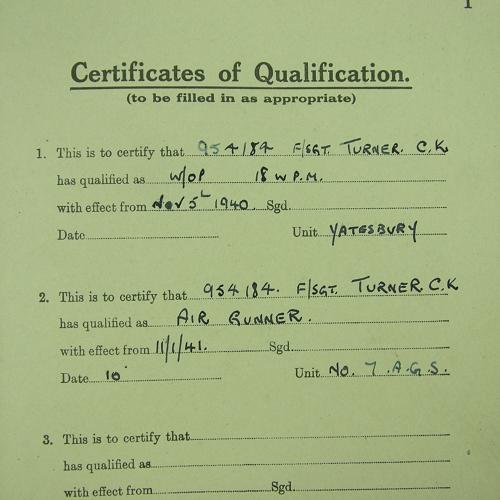 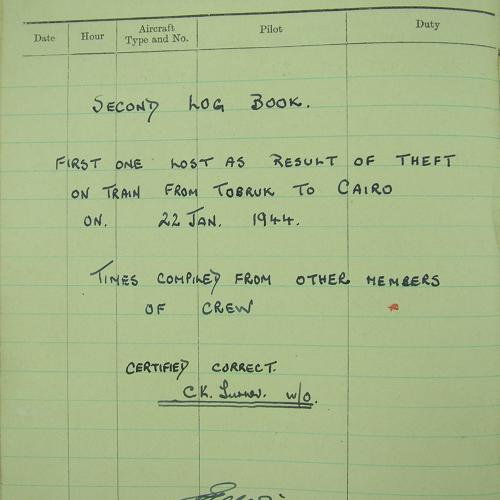 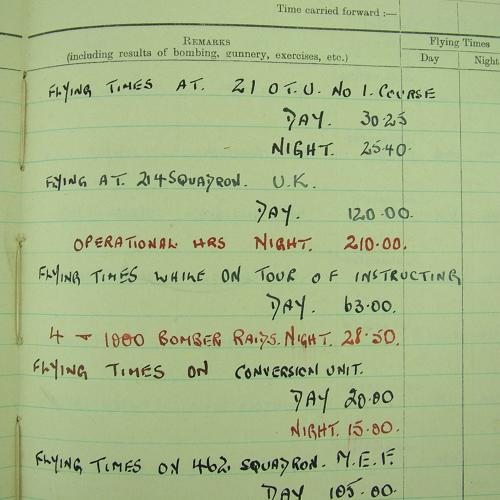 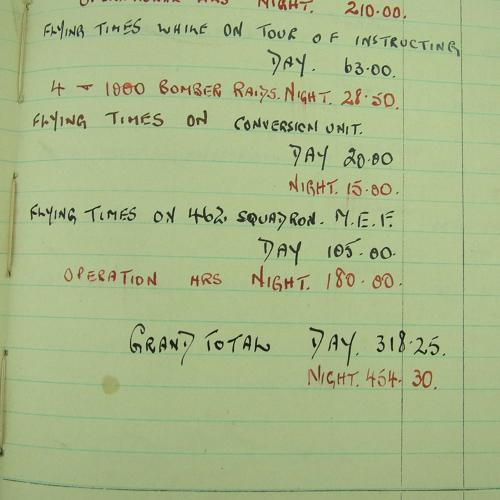 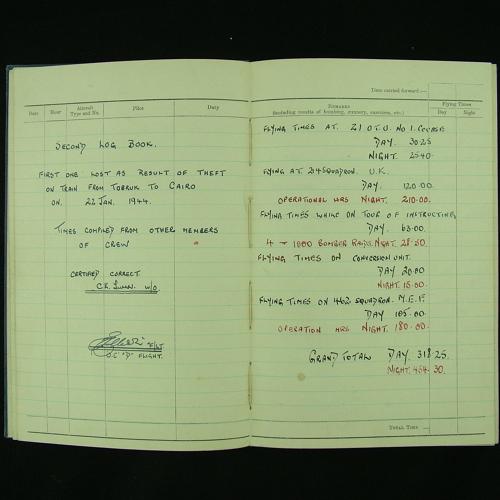 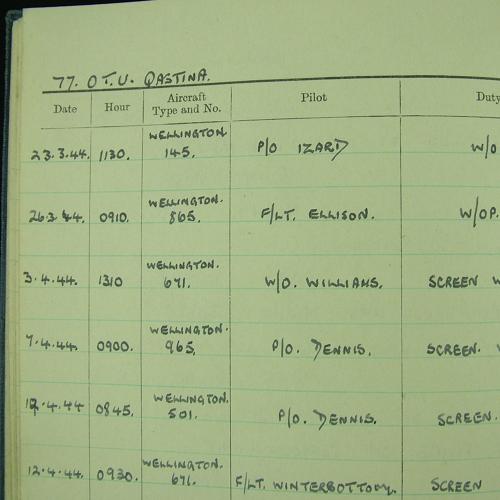 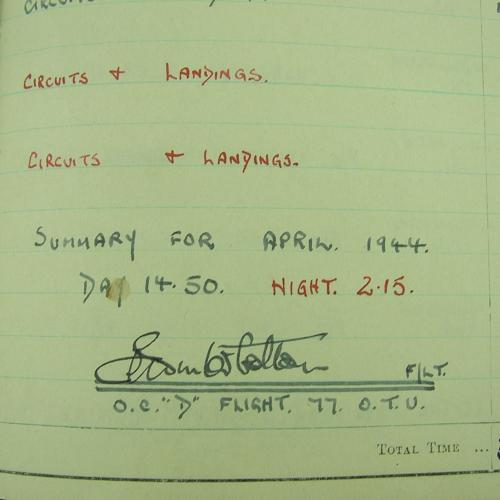 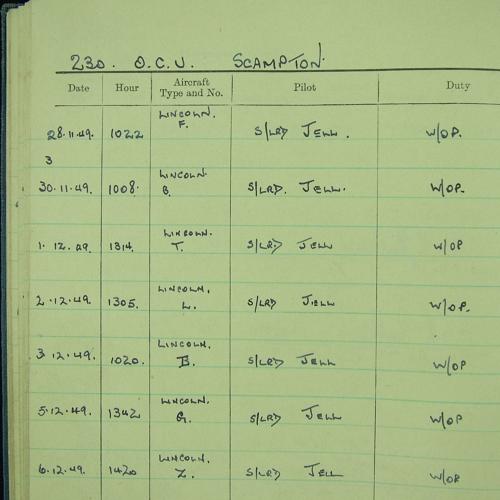 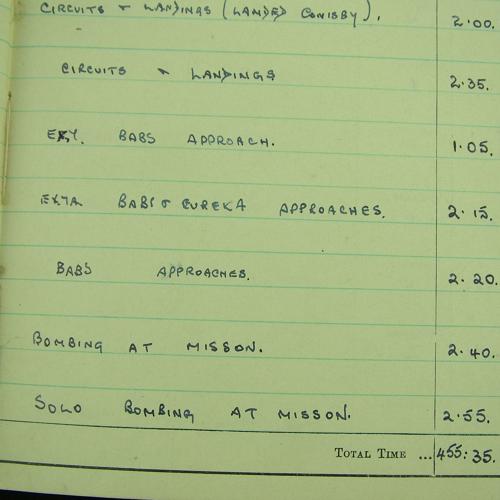 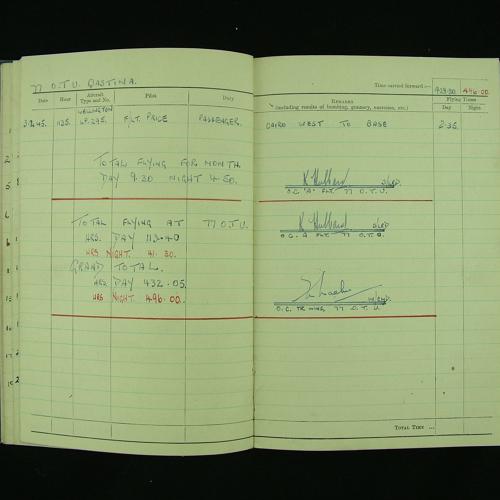 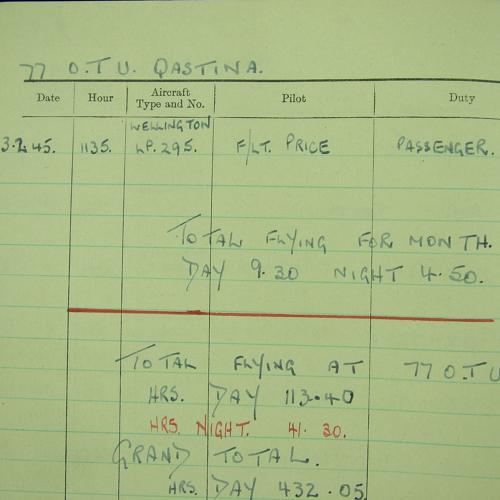 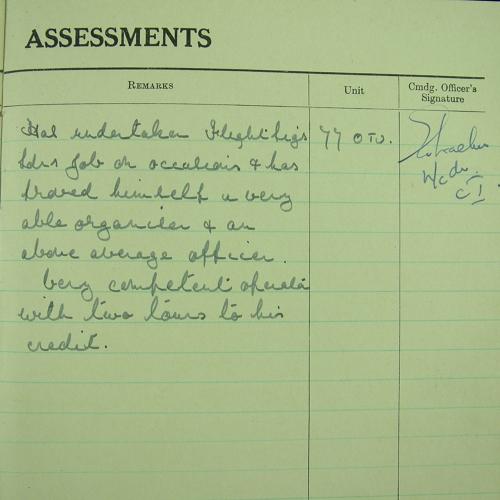