Form 414.  Royal Air Force Pilot's Flying Log Book No.2.  W/Cmdr G. P. Gibson V.C, D.S.O., D.F.C.  Superb faithful facsimile reproduced from the original copy now held held in the Public Records Office at Kew, London.  It was published in 1976 by 'After The Battle' magazine as a single print run and is now a highly sought after collectors' item.  The attention to detail is noteworthy including the board covers, type of paper used and the first two pages being stuck together as in the original.  There are entries during April 1943 for training flights made in preparation for the Dams raid including 'To lake nr. Sheffield'(Ladybower reservoir was used for training flights to simulate the Moehne dam), 'Cornish X Country at low level with dummy attacks on Lakes', 'Dummy attacks on Welsh Dams' etc.  On 6th May 'Spotlight flying at 60ft at night'.  On 16 May 1943 Gibson's log entry reads simply 'Led attack on Mohne and Eder Dams. Successful.'  On the adjacent page he records 'Awarded V.C. 23.05.43.'  The final log entry, a solo flight in a Lightning from Langford Lodge, is written on September 16 1944.  Just three days later on September 19th, Gibson piloted a Mosquito to Rheydt in Germany acting as Master Bomber for a raid on communicatons.  His aircraft crashed in flames on the return journey at Steenbergen, Holland.   Excellent condition throughout and even has the original "After the Battle' order form inside!  With talk of Peter Jackson's remake of the film back in the news this is only going to increase interest in any Dam Buster related material.  Stock code P23377. 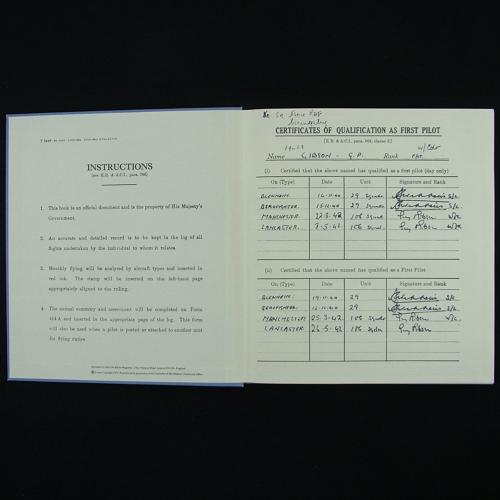 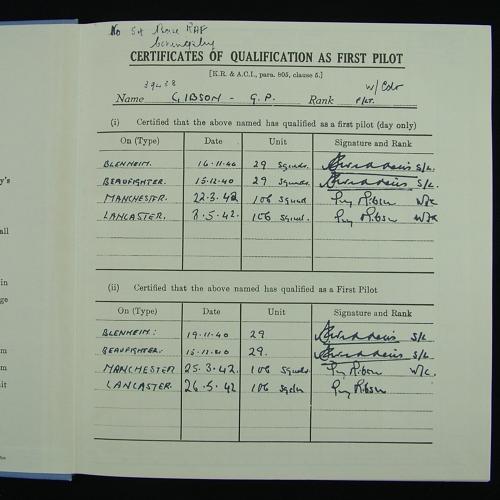 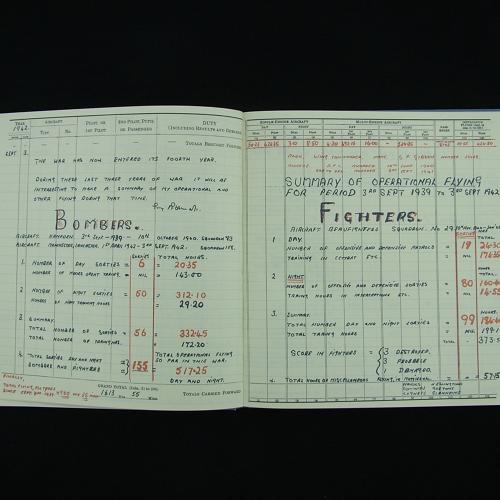 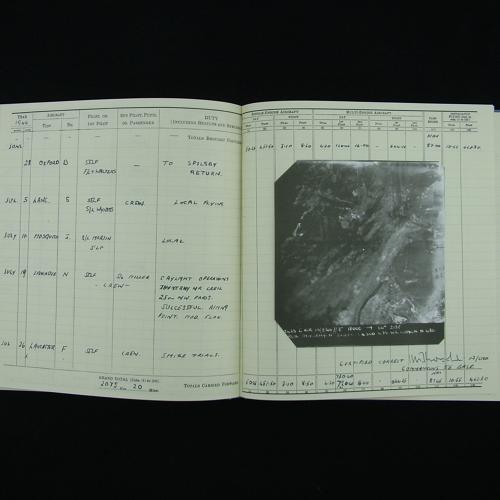 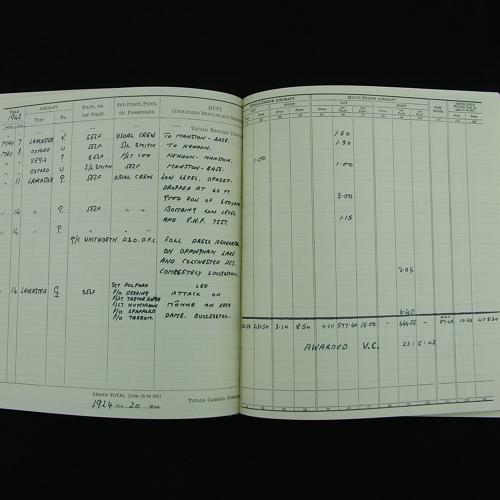 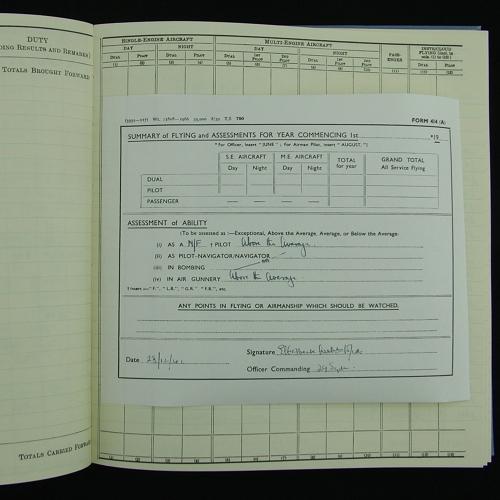 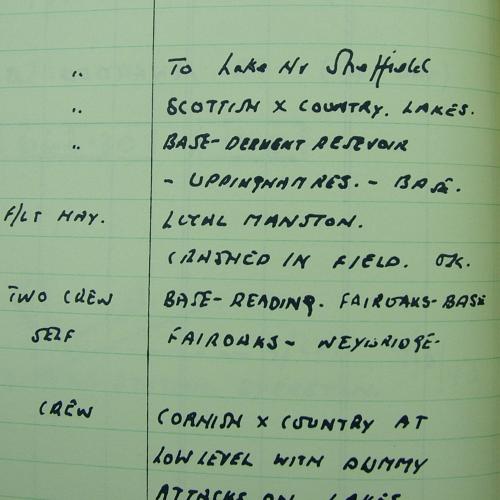 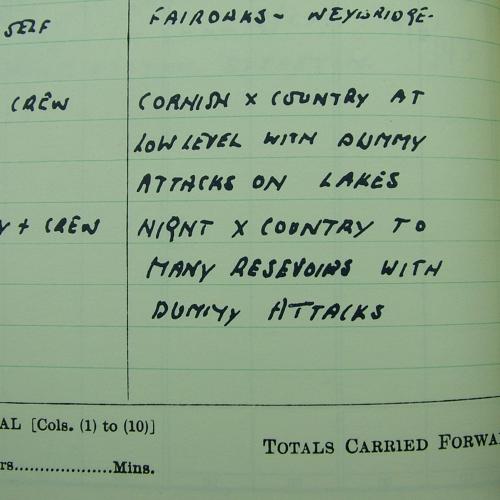 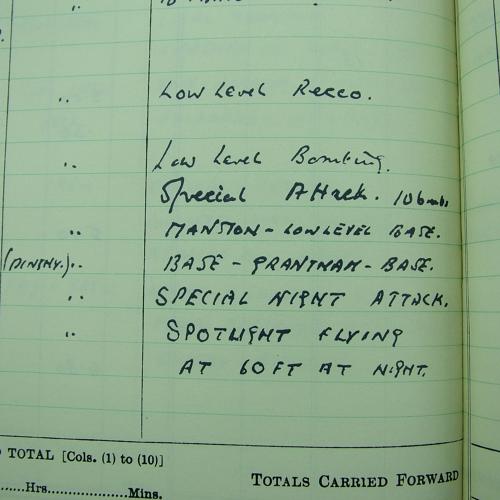 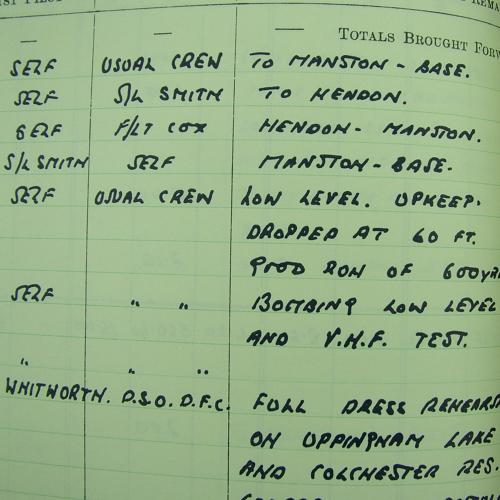 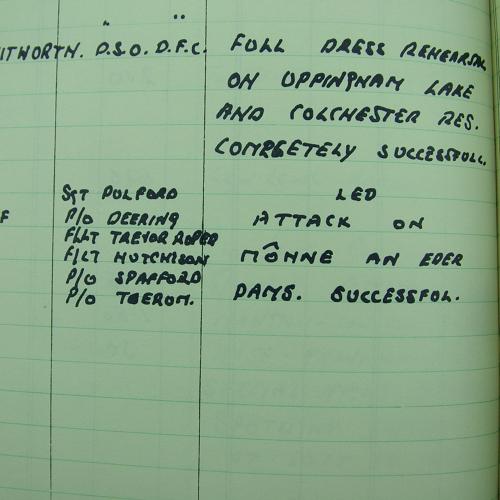 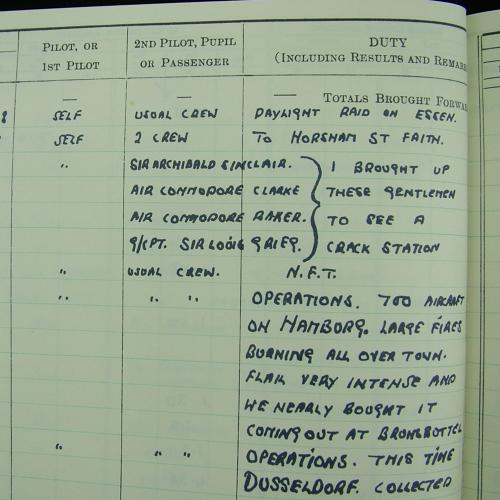