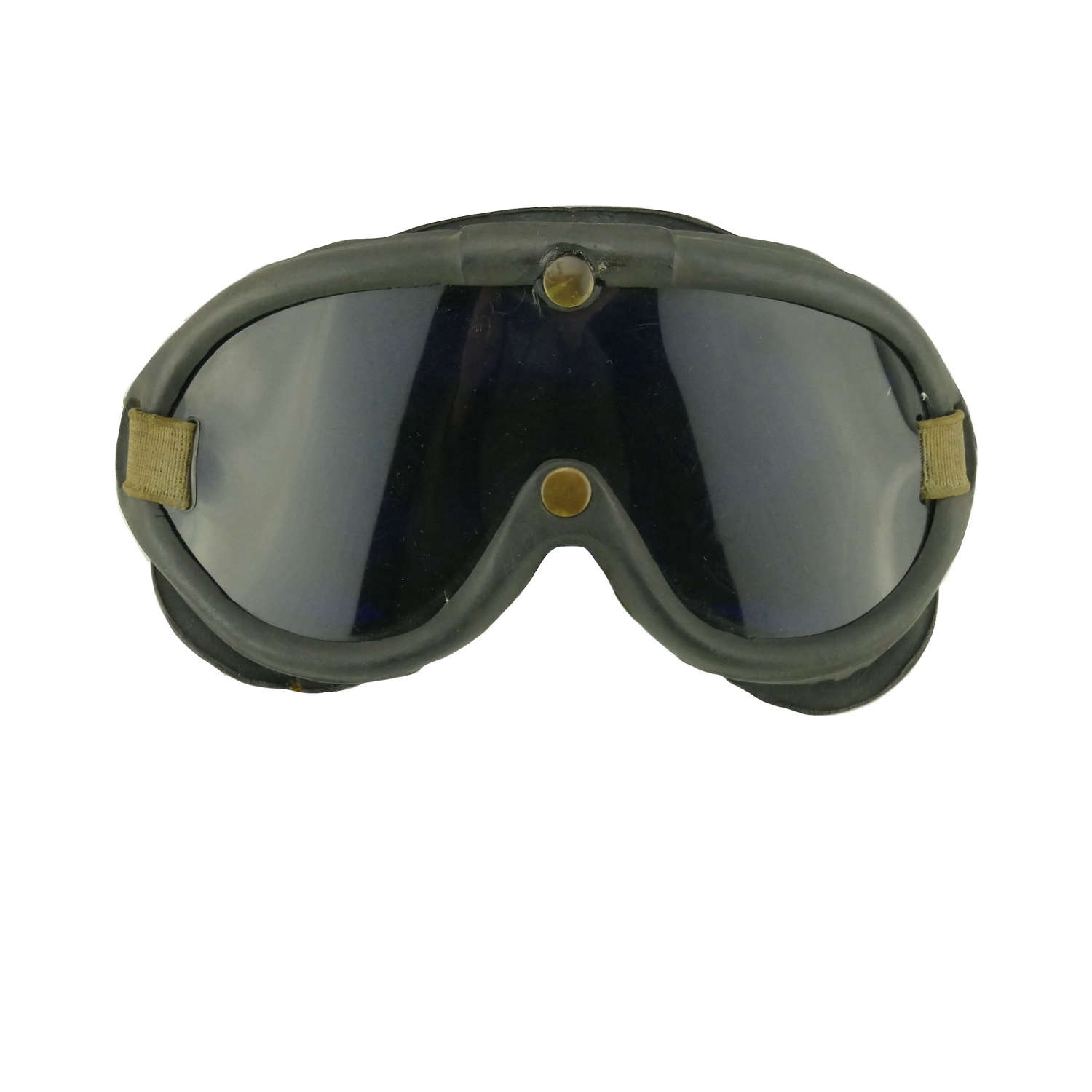 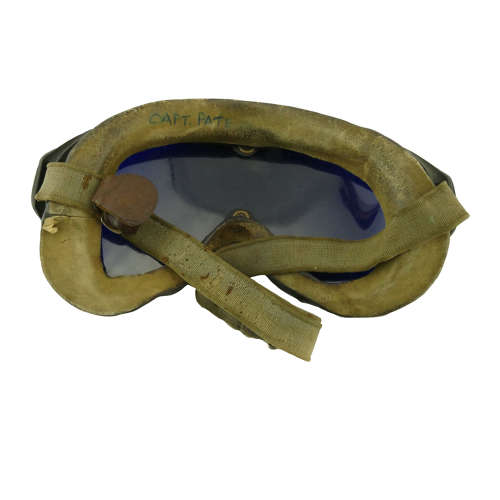 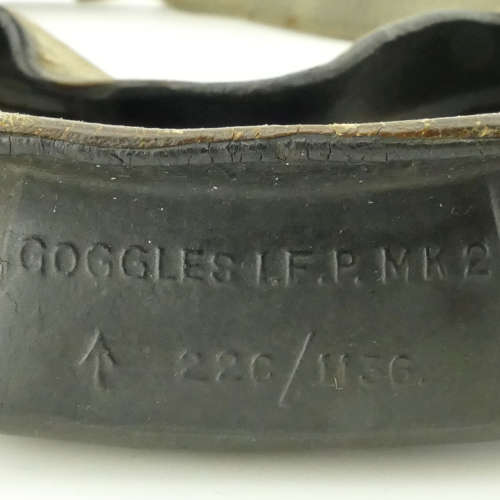 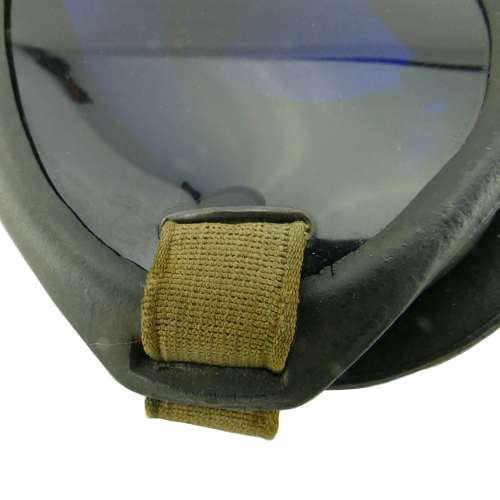 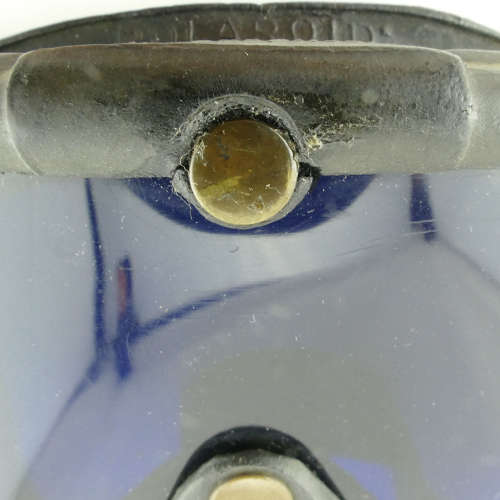 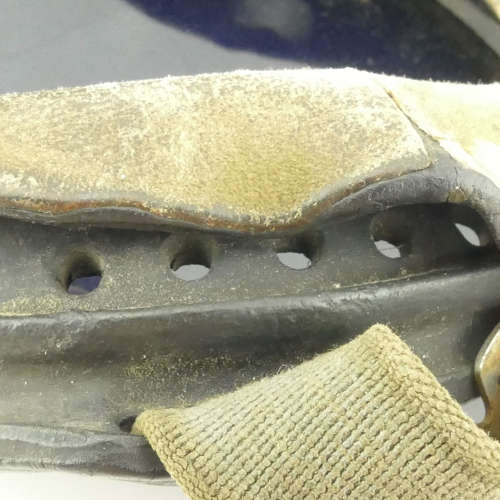 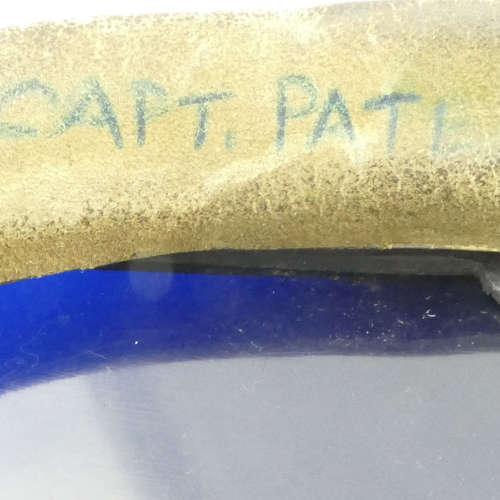 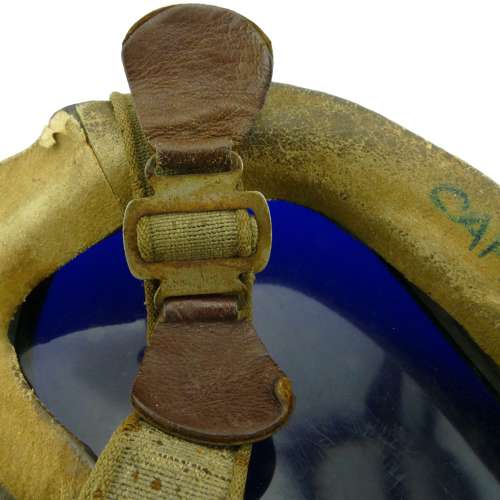 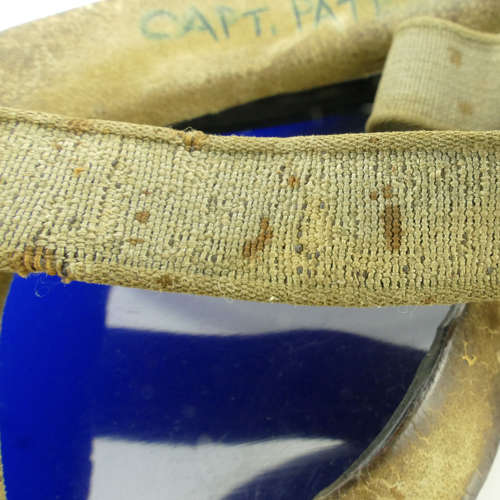 Goggles, instruments, flying practice, Mk.2.  Stores reference 22C/1136.  By Polaroid.  Single piece moulded black rubber frame with chamois backing that is essentially the same as that used in the USAAF B-8.  Fitted with a dark blue tinted plastic/celluloid filter (lens) and a standard MK.VIII flying goggle strap.  The frame, which has both manufacturer and reference details moulded into it, is in good overall condition but does have a little perishing around the edges.  The chamois backing is soiled/rubbed, the lens is lightly scuffed but generally very good and the strap is soiled, stretched and lacking elasticity.  Very early post WW2 goggles.  Unusual and now rarely seen.  Stock code G25175.