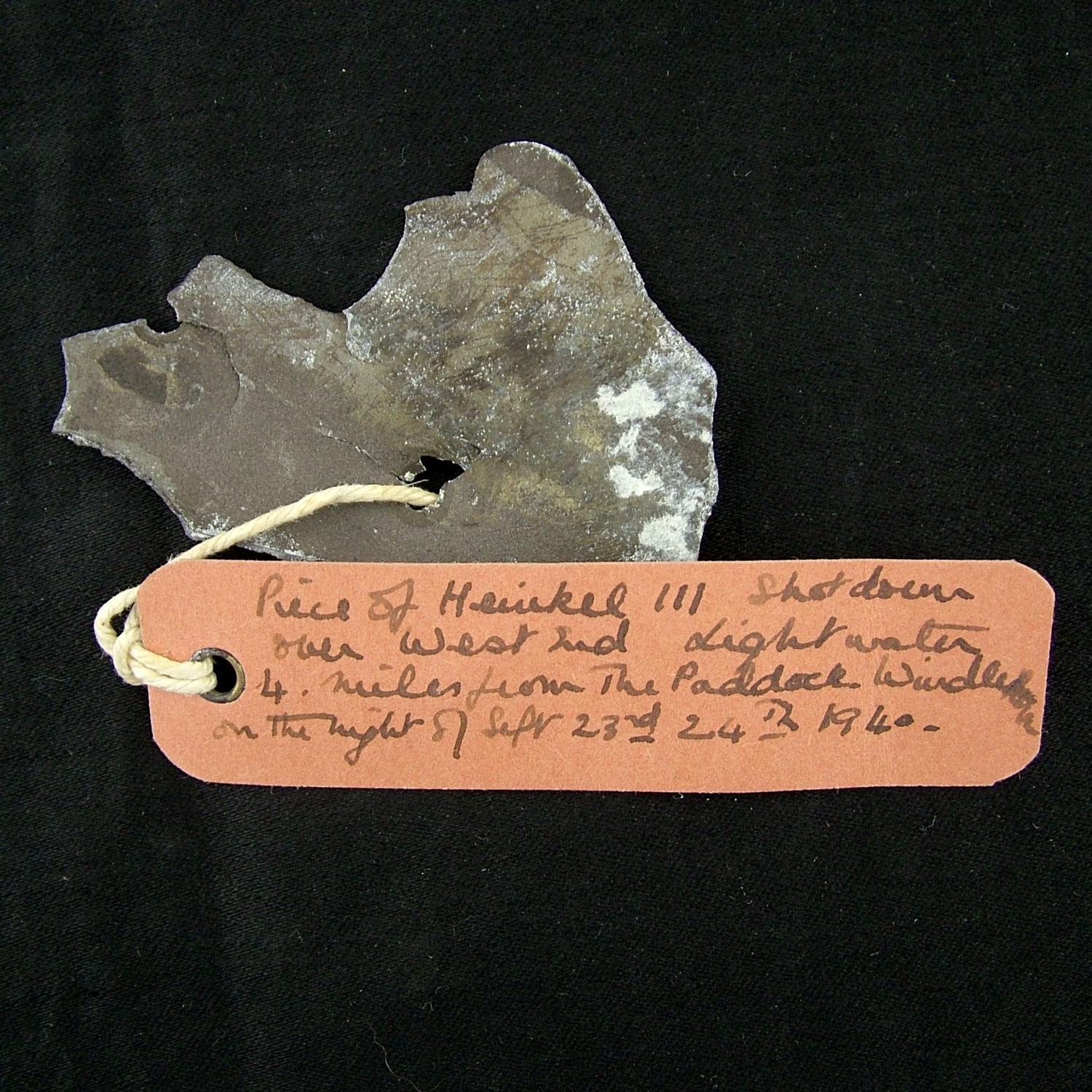 A small fragment of a Heinkel 111 shot down near Lightwater, Surry on the night of September 23rd/24th 1940. The piece has a handwritten label attached and comes in an envelope addressed to a Master John Gardner of Stockbridge, Hants.  The envelope is postmarked 3rd October 1940.  Heinkel 111H-3 (3322) was on a sortie to bomb the gas works at Beckton but the crew lost their bearings and dropped their bomb load over Surrey.  The enemy aircraft was caught and held in the beams from 460 searchlight battery and it's tail shot off by a direct hit from Anti-aircraft fire.  The crew, Uffz K. Niemeyer, Gefrt. H. Leibnitz, Gefr. S. Wenlich and Gefr. W. Jenreck baled out and were captured unhurt.  The abandoned aircraft broke up, crashing in flames near Gordon Boys Home, West End, Chobham at 1.37am.  A small souvenir from the Battle of Britain.  Stock code M17416. 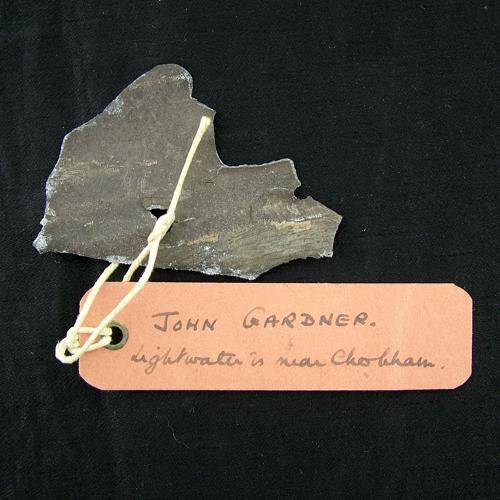 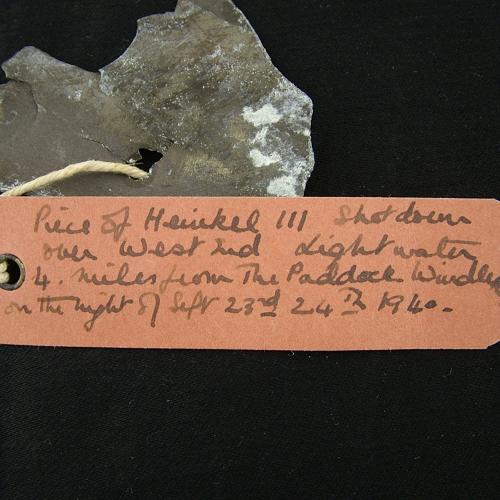 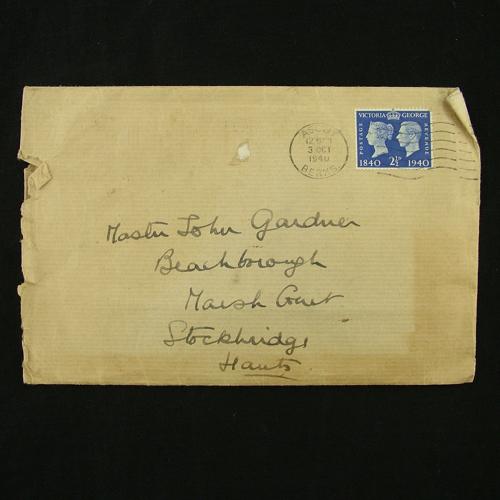 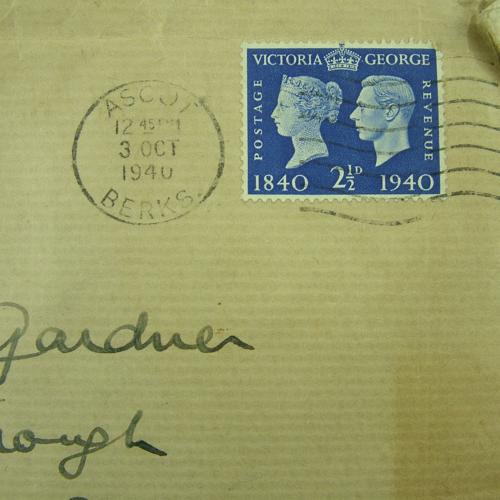