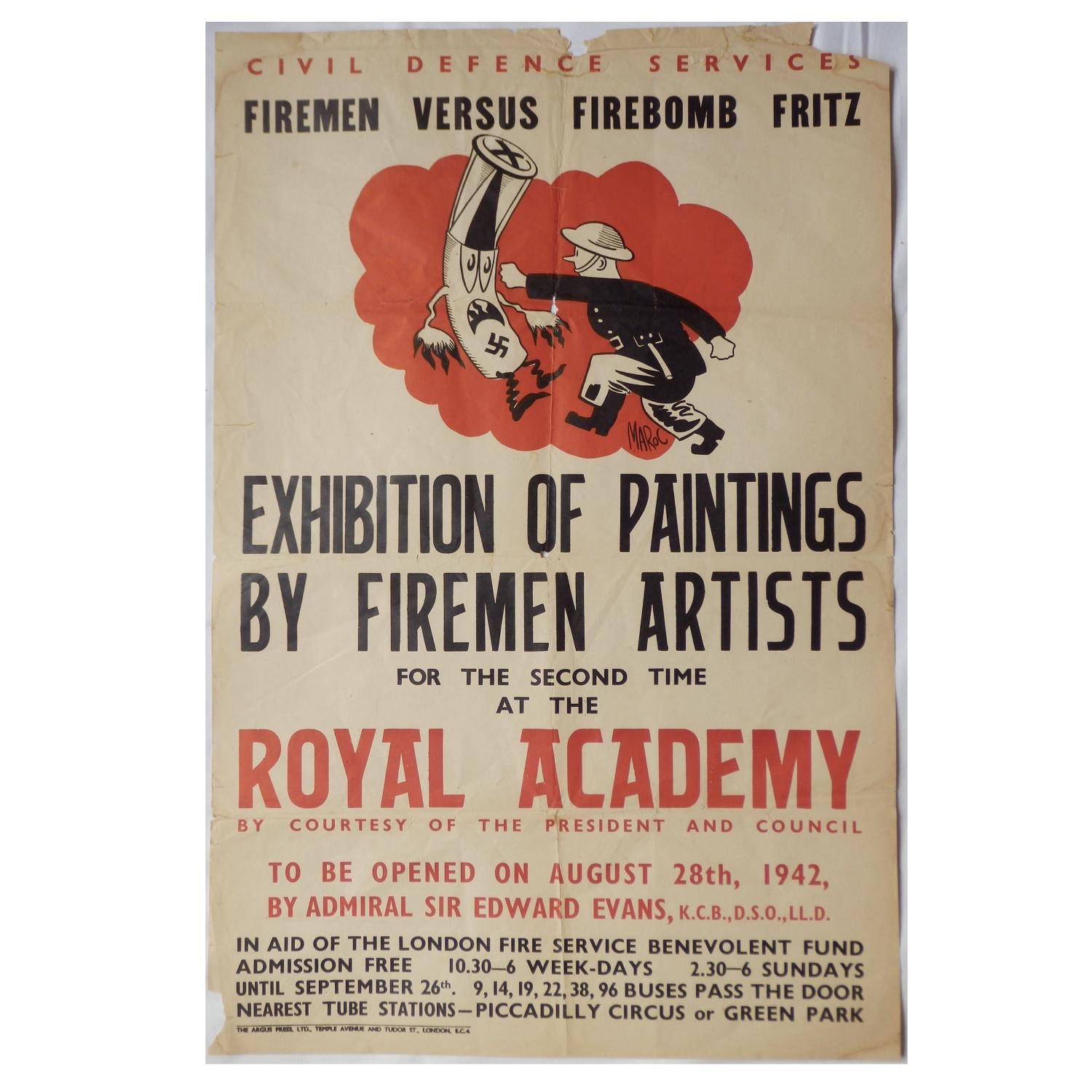 A striking original poster by 'Maroc' for The Royal Academy, London, August 28th 1942.  "Civil Defence Services, Firemen versus Firebomb Fritz, Exhibition of Paintings by Fireman Artists at the Royal Academy in Aid of the London Fire Service Benevolent Fund".  Printed on thin paper, approximately 50 x 76cm.  Robert S.E. (Maroc) Coram  studied at Goldsmith's College in the evening while working for a paper making firm.  He became a well know cartoonist and was a a regular contributor to the satirical magazine Punch.  During WW2 Coram served in the National Fire Service which, in 1940, instituted a scheme for artists in Civil Defence to record the war.  He became a member of the Fireman Artists Committee and organized an exhibition of art by firemen at the Central School of Art and then at the Royal Academy in 1941.  Three further exhibitions were held there, each later touring the country.  Overall condiiton is reasonable.  The poster has been folded and is a little fragile with some small tears and loss of paper at the edges.  A remarkably rare image.  Stock code BO4085. 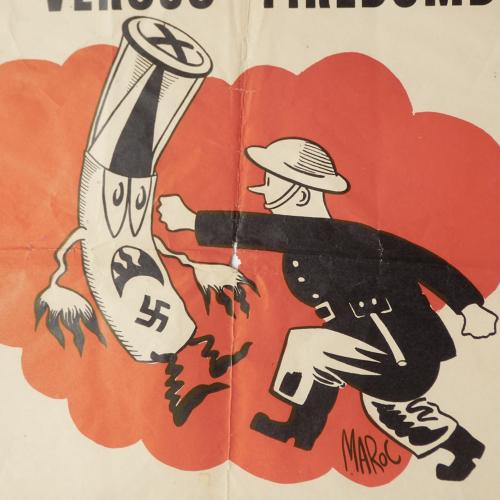 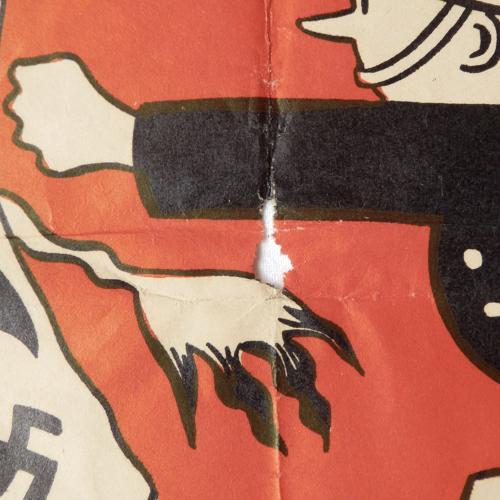 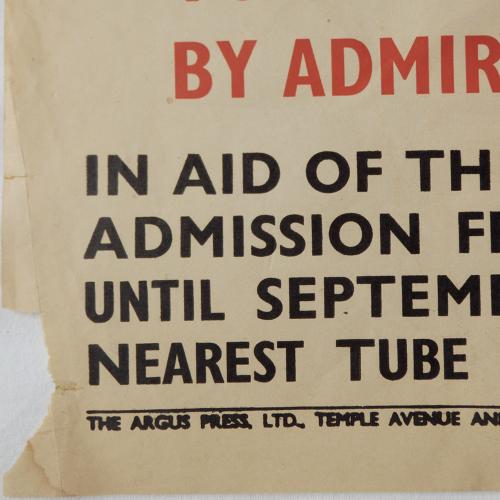 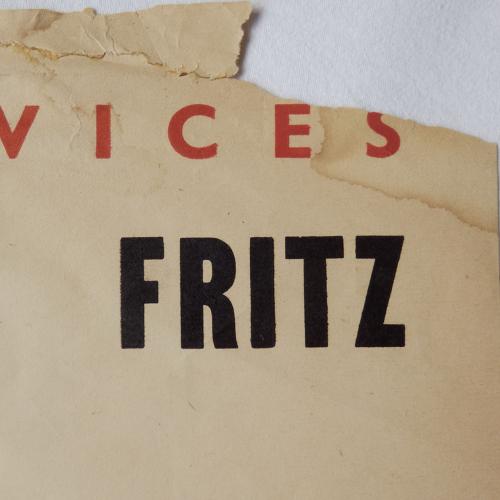 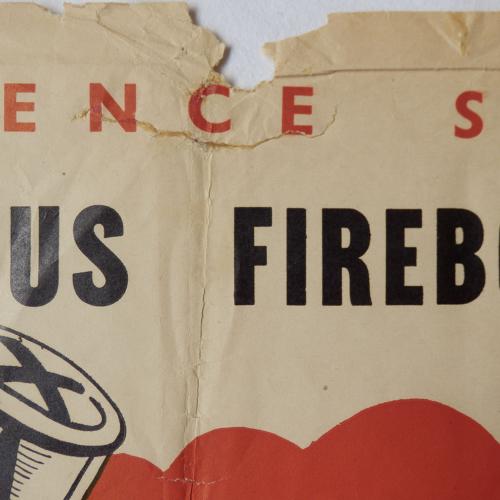 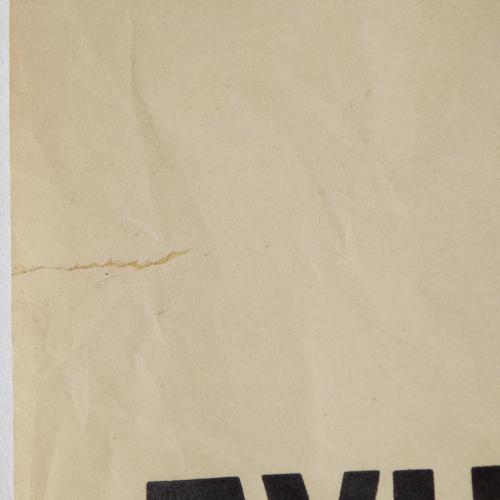