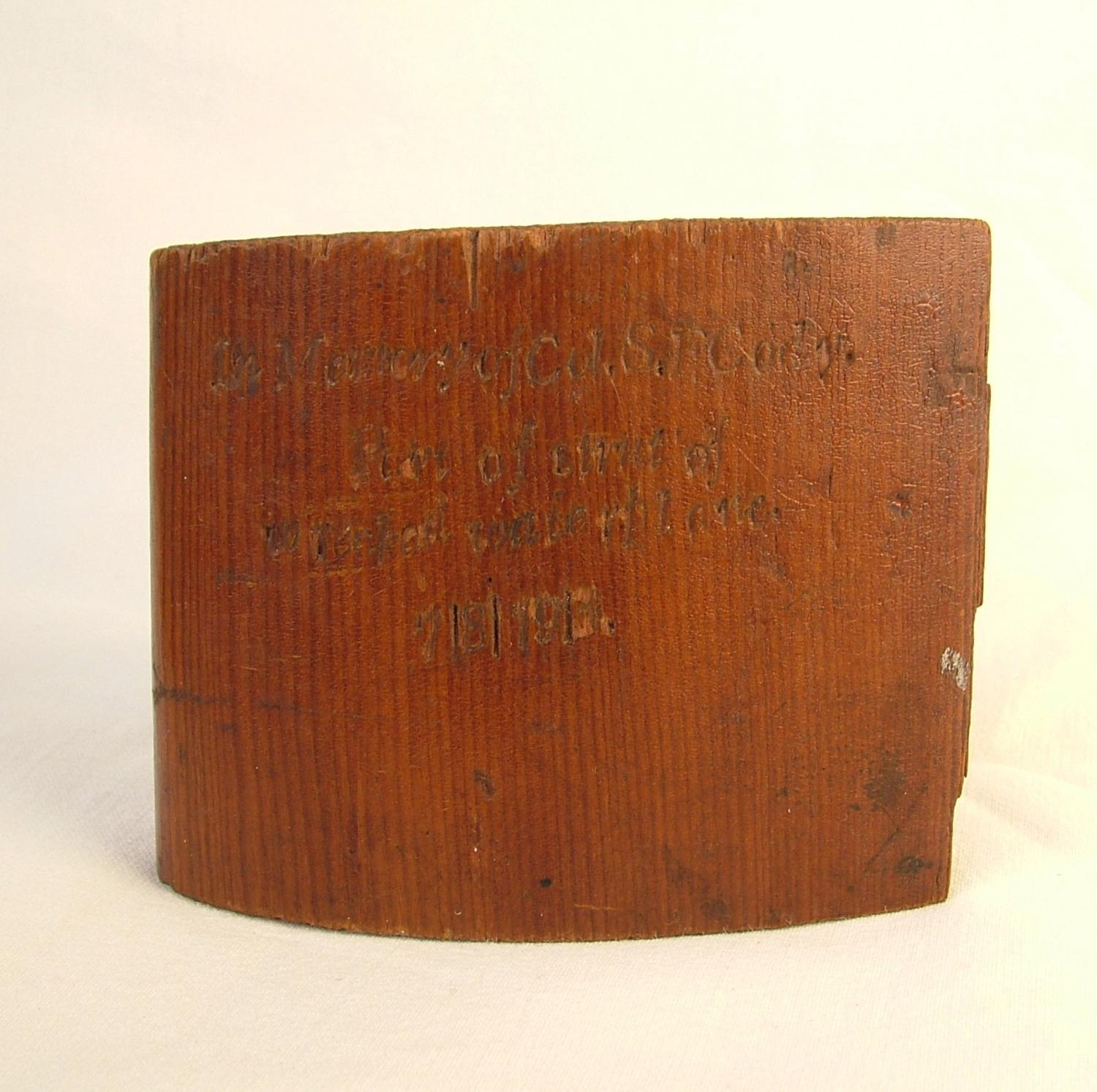 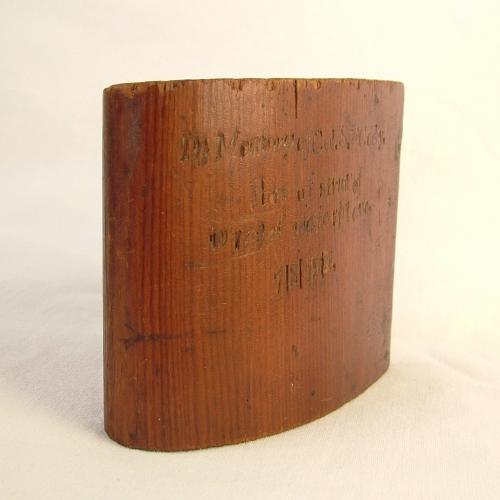 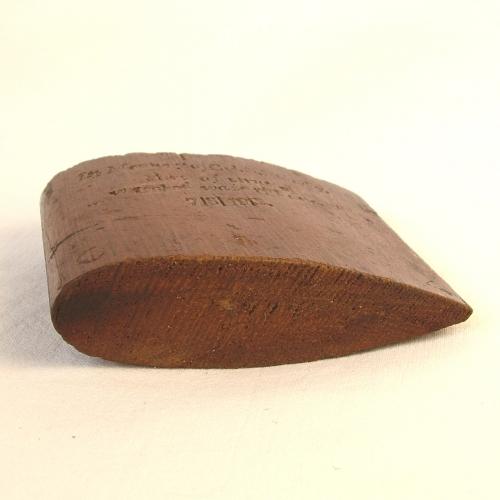 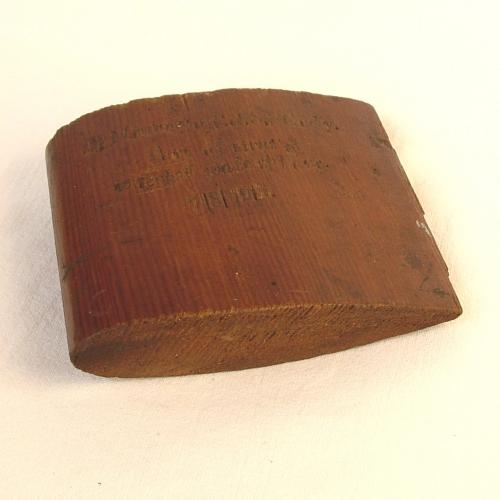 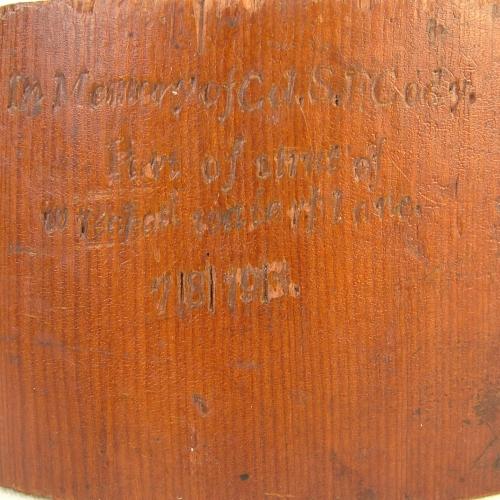 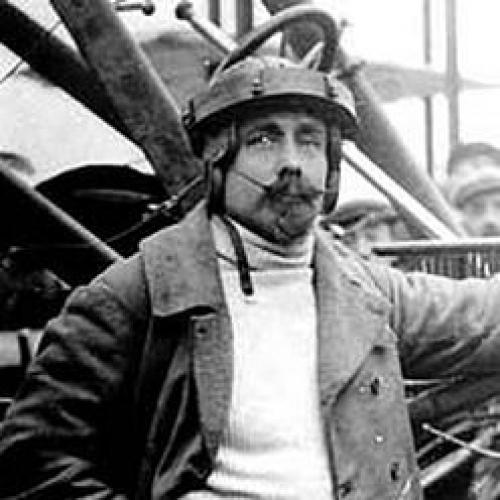 Samuel Franklin Cowdery (Cody) was born in 1867 in Iowa. After working as a cowboy and gold prospector he left America in 1889 to set up a Wild West show in England.  His interest in kites led to an appointment as Chief Kite Instructor to the British Army Balloon Factory at Farnborough (1902-09) where he also began to design and build aircraft using his own funds.  Amongst others he developed a biplane, monoplane and a floatplane, teaching himself to fly them.  He set a world record of 40 miles for a cross country flight, won the British Empire Michelin Cup contest in 1910, and won both the British and International divisions in the military aircraft trials in 1913.  Tragically he was killed test flying his 'Cody Floatplane'.  He was buried with full military honours in the Aldershot cemetary.  The funeral procession attracted an estimated crowd of 100,000.  Cody is to England what the Wright Brothers are to the USA.  A true aviation pioneer.  This small piece of wood is a section of wing strut from the wrecked floatplane that claimed his life.  It is engraved, somewhat faintly, 'In Memory of Col. S. F. Cody.  Part of strut of wrecked waterplane. 7/8/1913'. Approximately 9 x 7 x 2.5cm max.   Rare.  Stock code M19891.