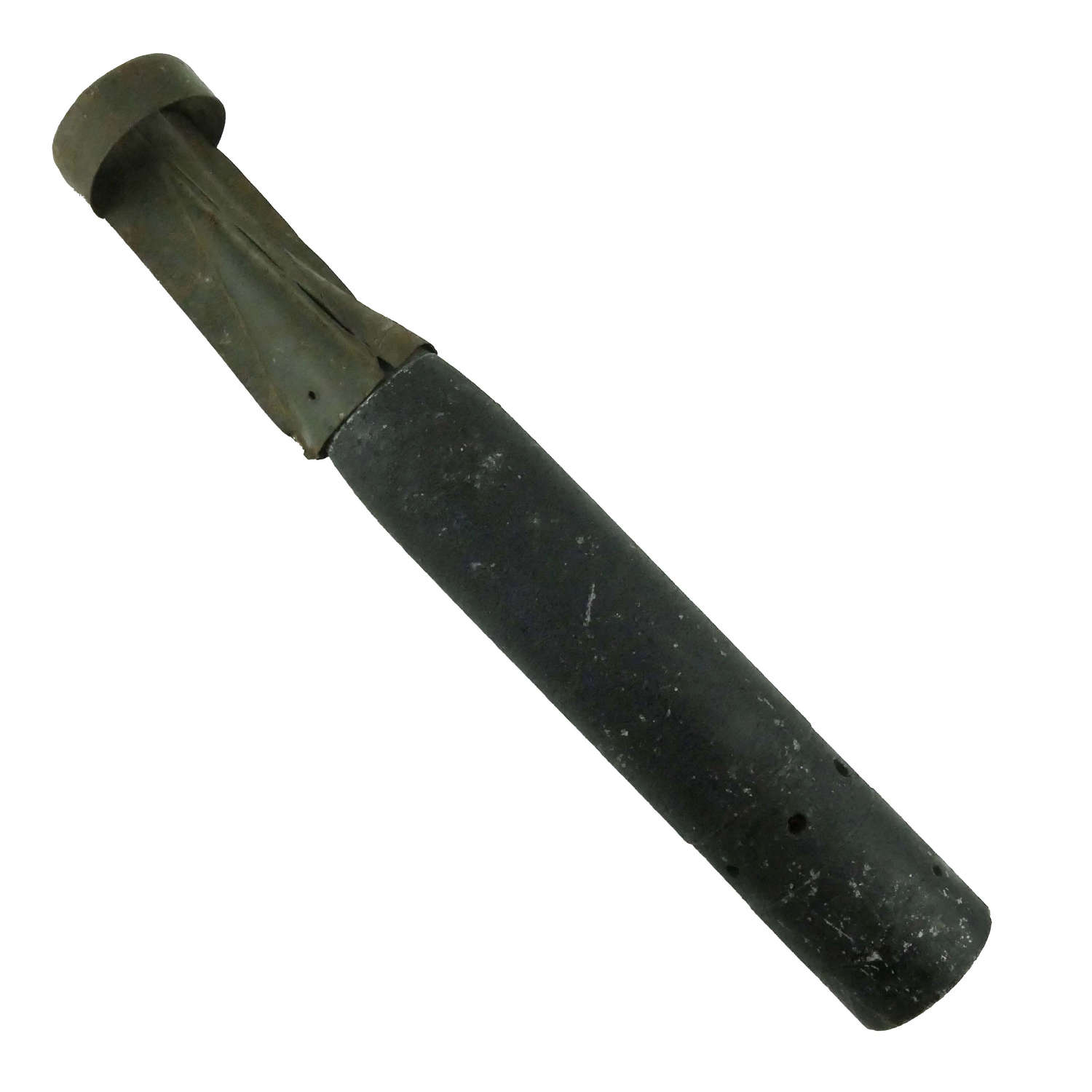 German 1kg B1E incendiary bomb with a cylindrical magnesium alloy body and rivetted pressed steel tail fin.  These were originally filled with thermite and activated via an impact fuse.  Dropped by the Luftwaffe in huge numbers over British towns and cities, these had devastating consequences starting intense fires, notably during the Blitz.  Approximately 34.5cm long and 5cm in diameter.  The body is in good overall condition with numerous faint markings.  The tail fin is loose and somewhat distorted but retains a good amount of the original drab green paint.  UK sales only.  Inert.  Stock code M22221. 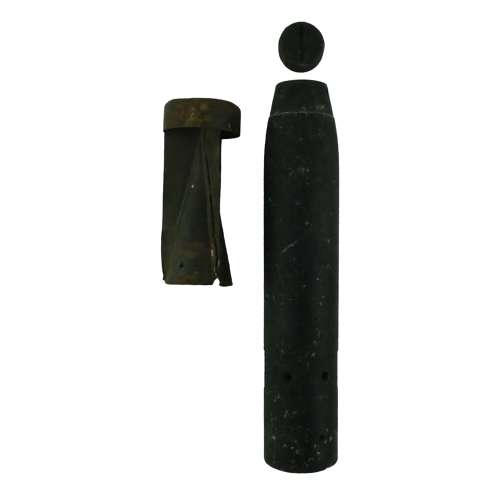 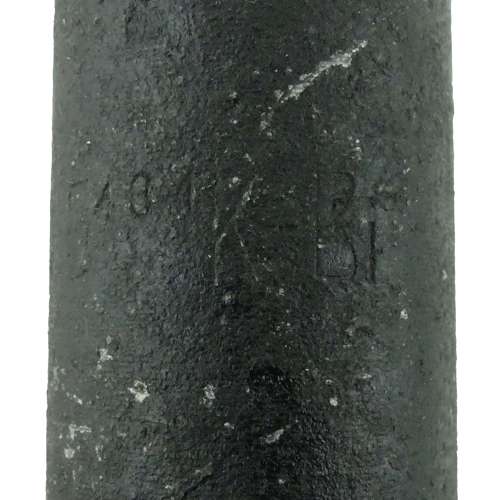 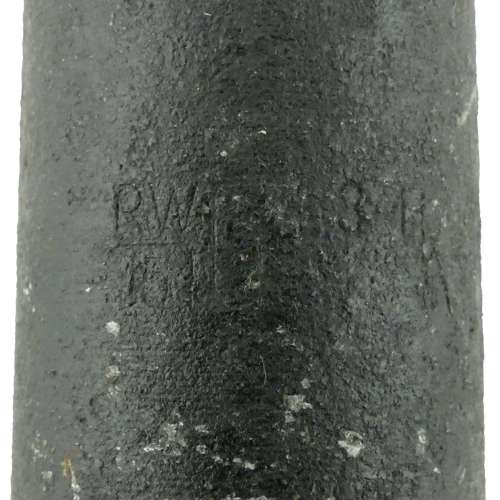 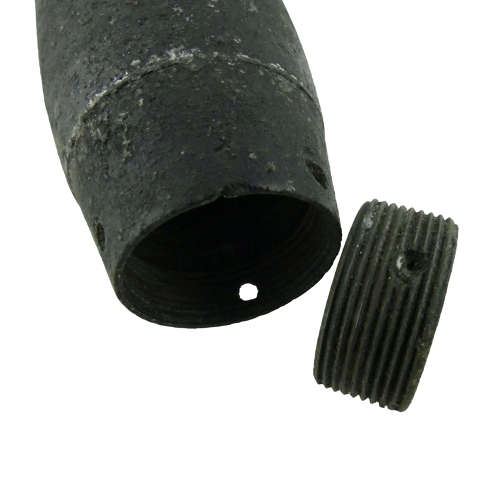 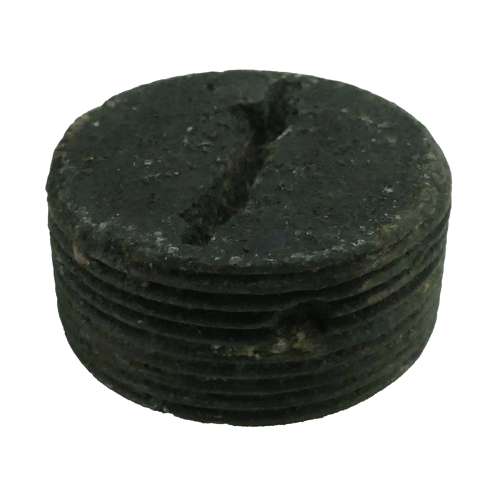 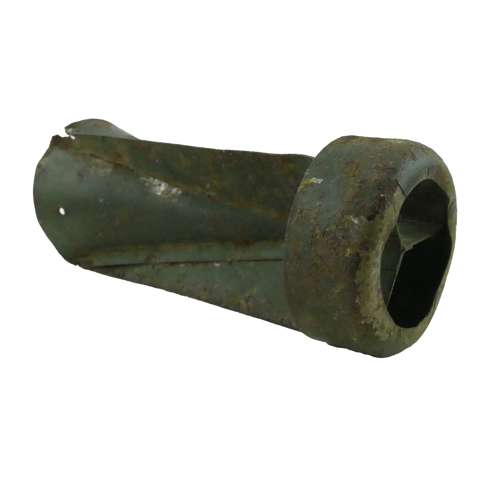 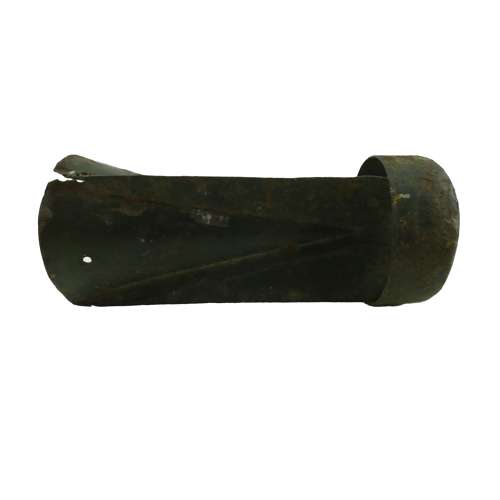 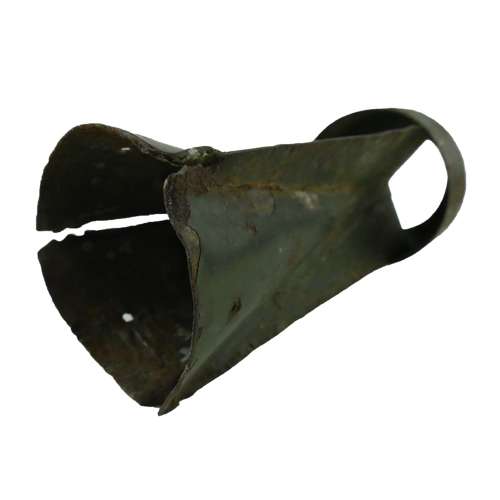 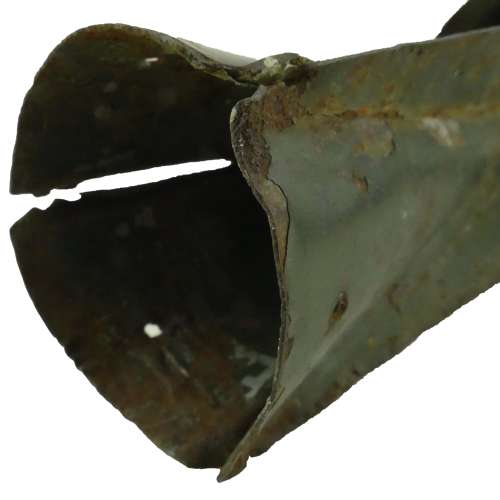