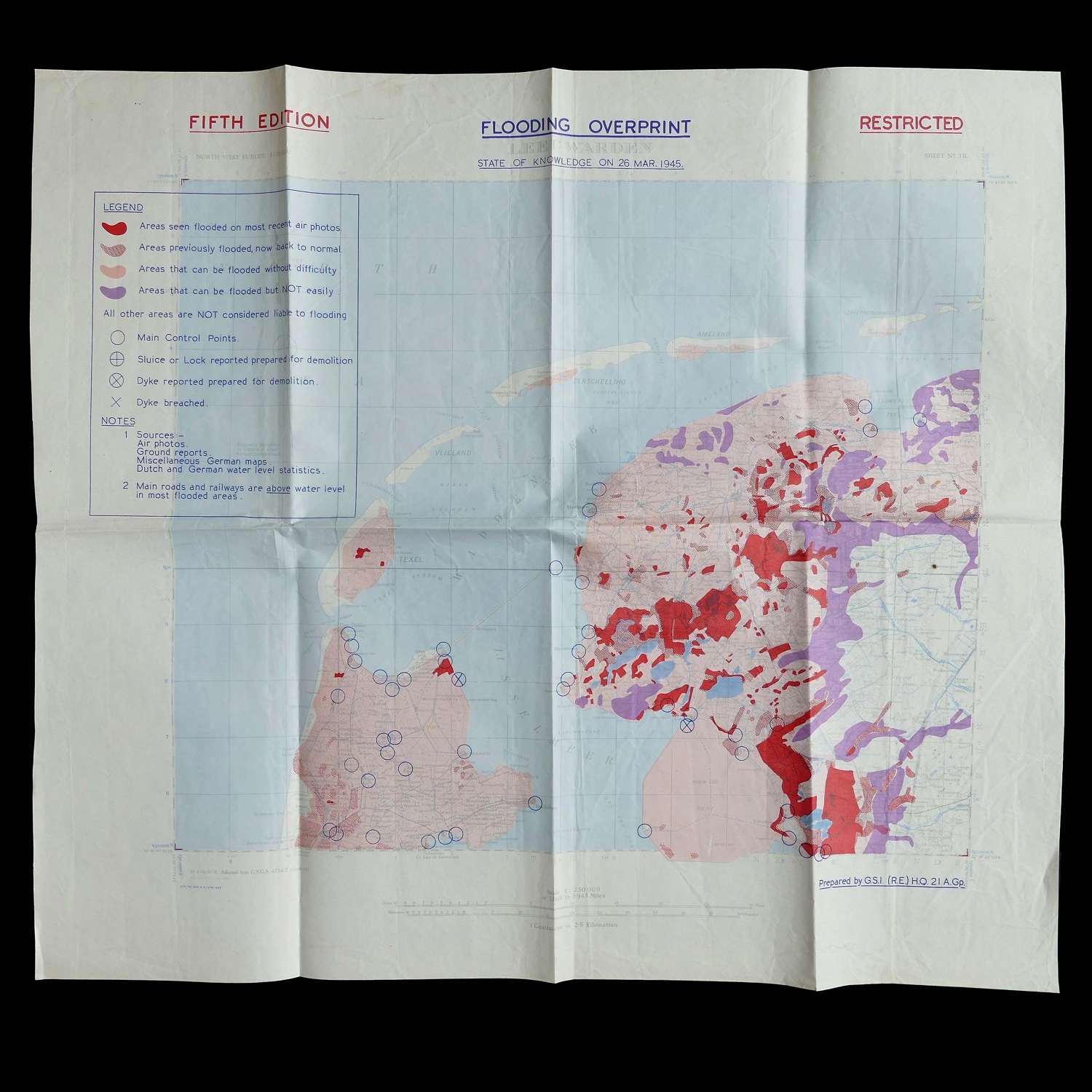 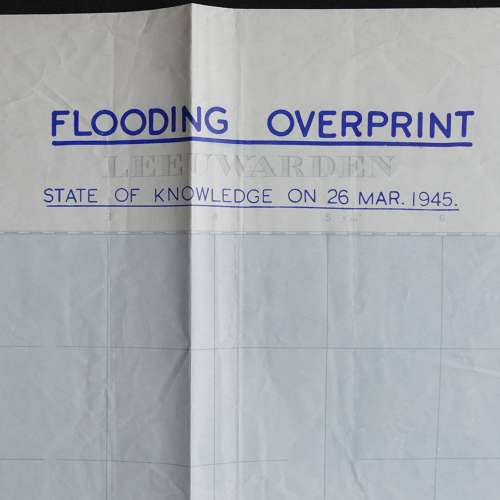 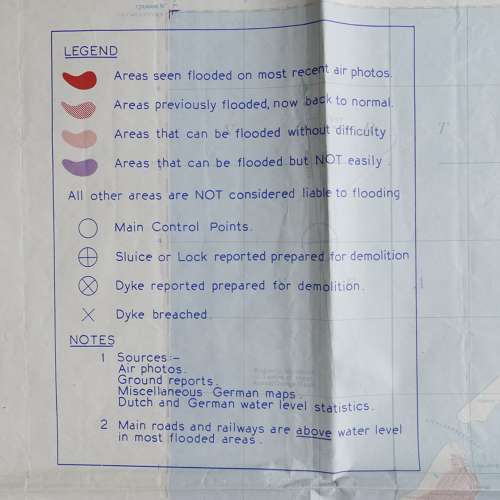 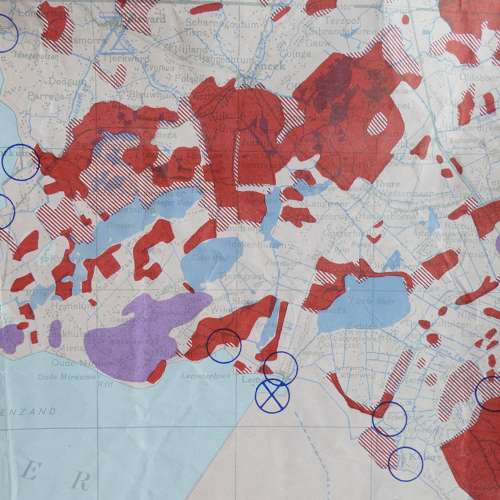 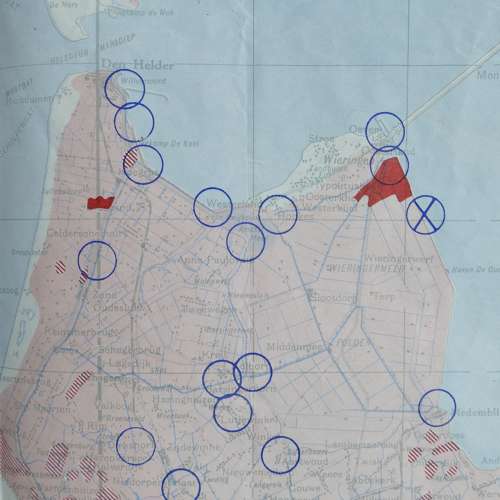 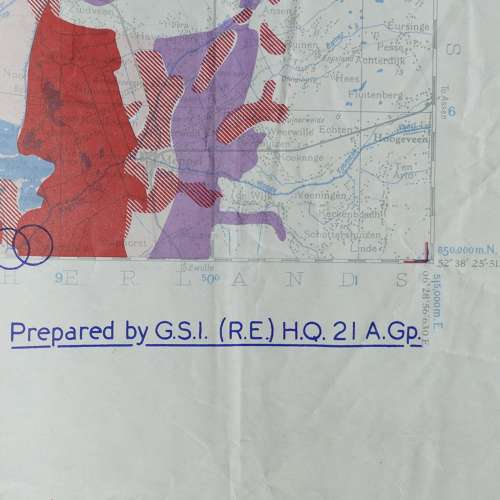 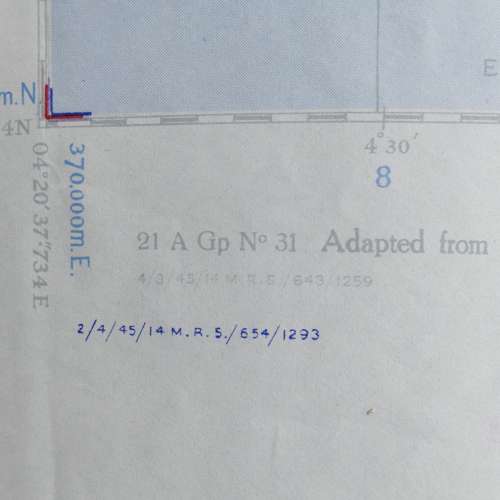 Sheet No. 3B.  Leeuwarden, Friesland, Netherlands.  Scale 1 : 250,000.  April 1945 dated.  Approximately 73 x 64cm.  5th Edition.  Prepared by G.S.I. (R.E.), H.Q. 21A Group and based on air photographs, ground reports, German maps and Dutch and German water level statistics.  This scarce restricted Flooding Overprint is based on the knowledge available on 26th March 1945.  The overprint shows areas seen flooded on most recent air photos, previously flooded areas now back to normal and areas that could be flooded without difficulty etc.  It also shows sluices and locks prepared for demolition and breached dykes.  During the 1944 liberation, the Allies bombed the seawalls in the area causing flooding and restricting movement.  Folded/creased and rather crumpled but in good overall condition.  Stock code P24854A.