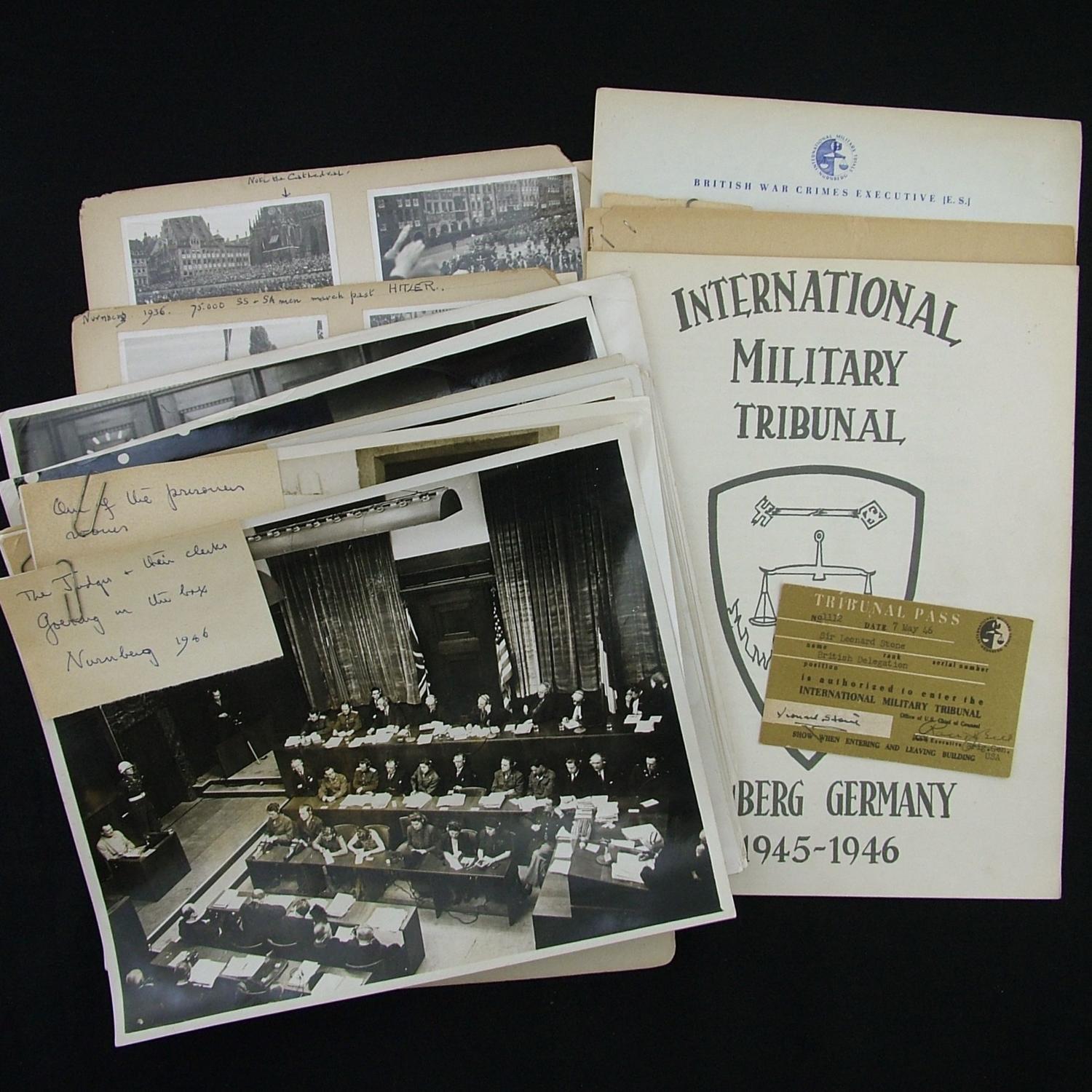 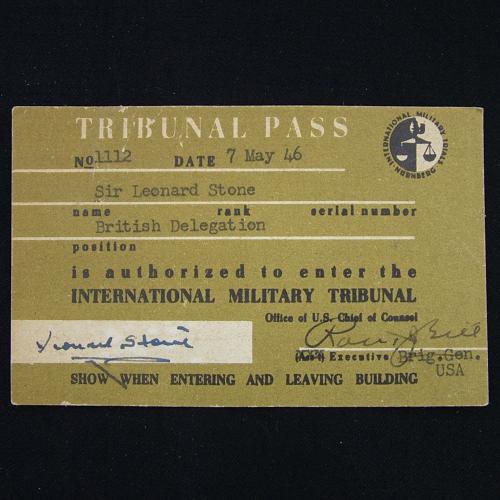 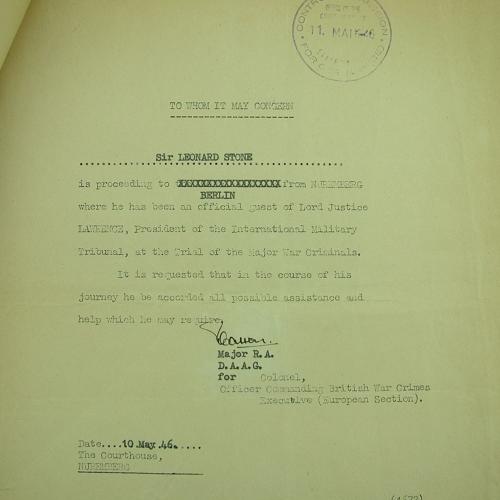 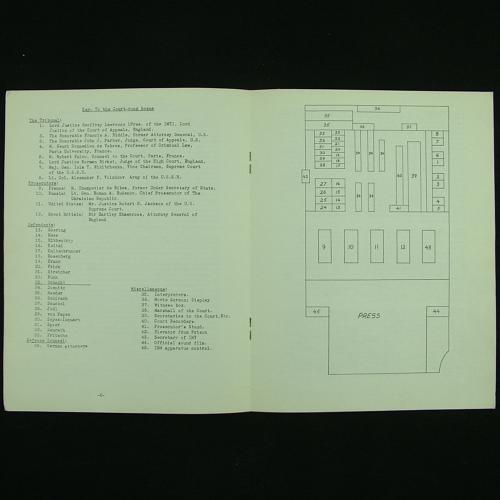 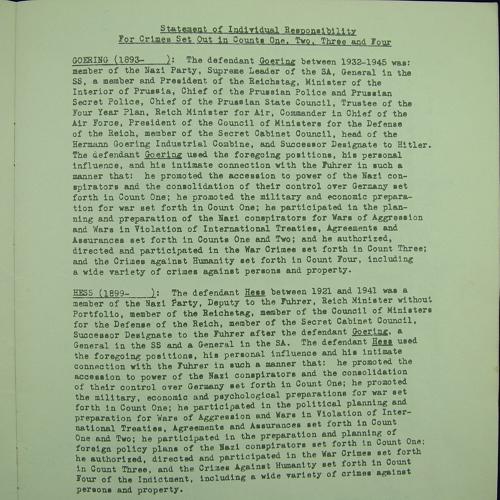 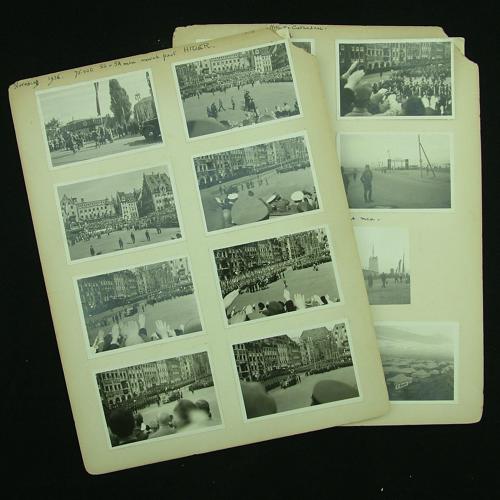 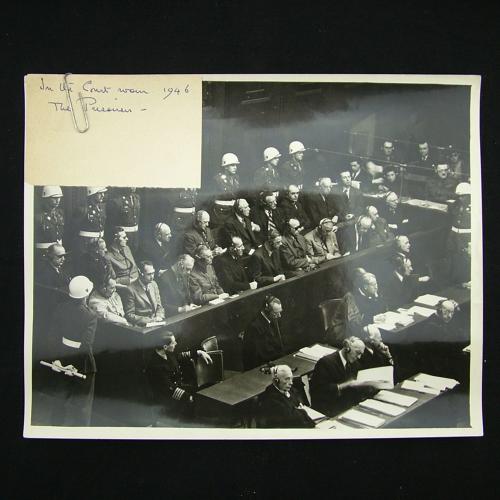 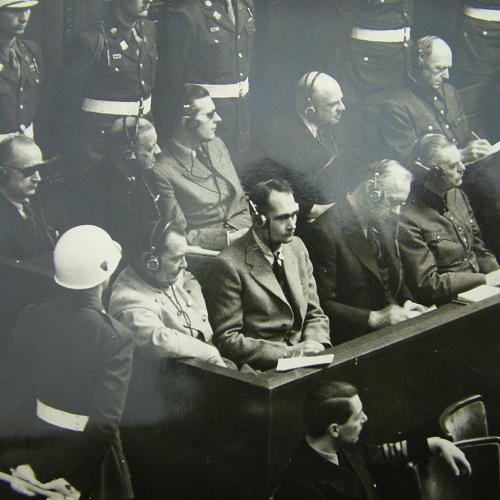 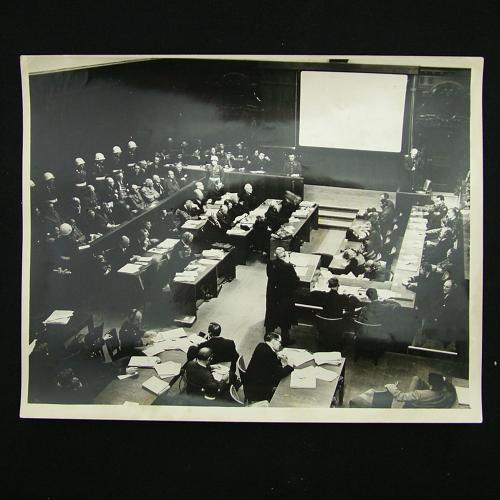 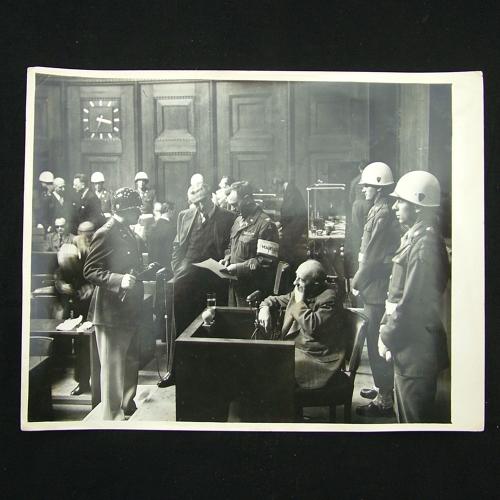 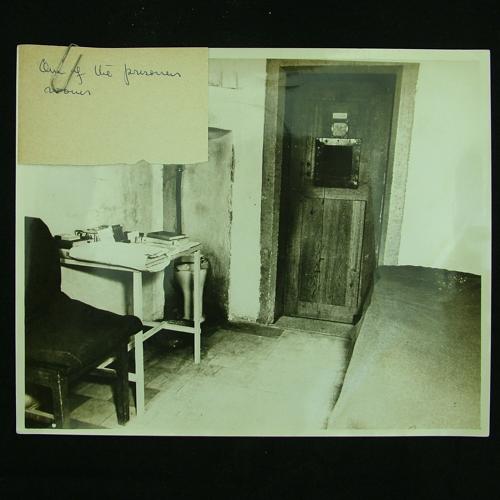 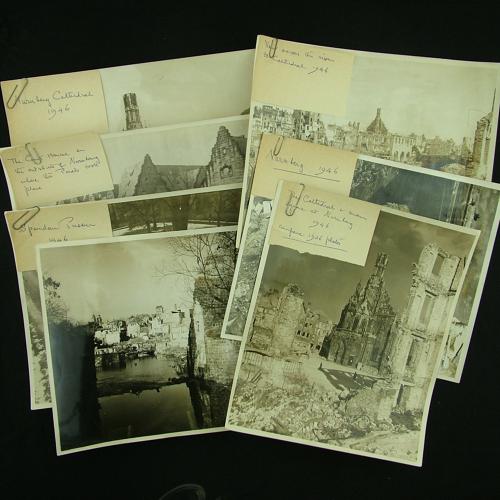 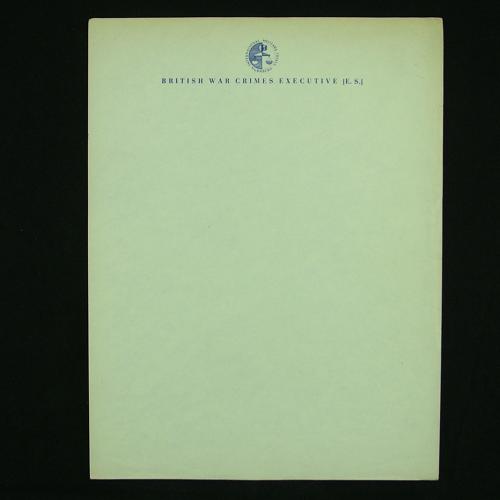 Extremely rare documents and photographs relating to Sir (John) Leonard Stone O.B.E., K.C., a barrister and bencher at Gray's Inn in London, who was part of the British War Crimes Executive delegation at the Nuremberg War Trials in 1946.   Paperwork includes a restricted message from the British judges of the International Military Tribunal, Nuremberg to the British War Crimes Executive stating that approval has been obtained from the US Chief of Council for Stone to attend the tribunal; his travel instructions from Britain to Gatow airfield in South Western Berlin; a 'travel pass' signed by the commanding officer of the British War Crimes Executive for his journey from Nuremberg to Berlin dated 11 May 1946 requesting that Stone 'be accorded all possible assistance and help which he may require'.   Also included is Stone's copy of the tribunal pamphlet describing the Nazi defendants who included Herman Goring, Rudolph Hess, von Ribbentrop, Keitel, Ley, Kaltenbrunner, Rosenberg, Krupp, Donitz, Borman, Speer and others.  It also describes the trial and contains a plan of the court-room with a key showing the position of the witness box, prosecutors, interpreters, recorders and so on.  Next are a series of original photographs taken during the trial.  All  approximately 26 x 20cm (10 x 8") they include the prisoners on benches inside the courtroom - all wearing headphones in order to receive a translation of procedings. A further 5 court photographs show the defendants, judges, court staff, guards etc.;  the judges and their clerks with Herman Goering in the witness box; one of the prisoner's cells; part of the exercise grounds at Spandau prison; the courthouse on the outskirts of Nuremberg where the trials took place and six photographs illustrating the considerable bomb damage around Nuremberg cathedral and surrounding area.   Also included are Stone's photographs of the Nuremberg Rally in 1936 prior to the war, mostly 8.5 x 6cm (3.25 x 2.5") showing 75,000 SS & SA soldiers marching past Hitler who can be identified saluting from a staff car.  Other photos are of the city and cathedral before wartime bomb damage.  Finally there is an unused sheet of British War Crimes Executive writing paper and Stone's personal International Military Tribunal pass, named to and signed by him, dated 7th May 1946.  Stone served during the Great war and was a member of the Home Guard during WW2.  He became Chief Justice of the Bombay High Court, was  knighted, and appointed an OBE in 1943.  He died in 1978.  A superb record of this significant period of early postwar history when these Nazis were finally held to account.  There can't be many original passes and paperwork still around today.  Extremely rare.  Stock code P22335.