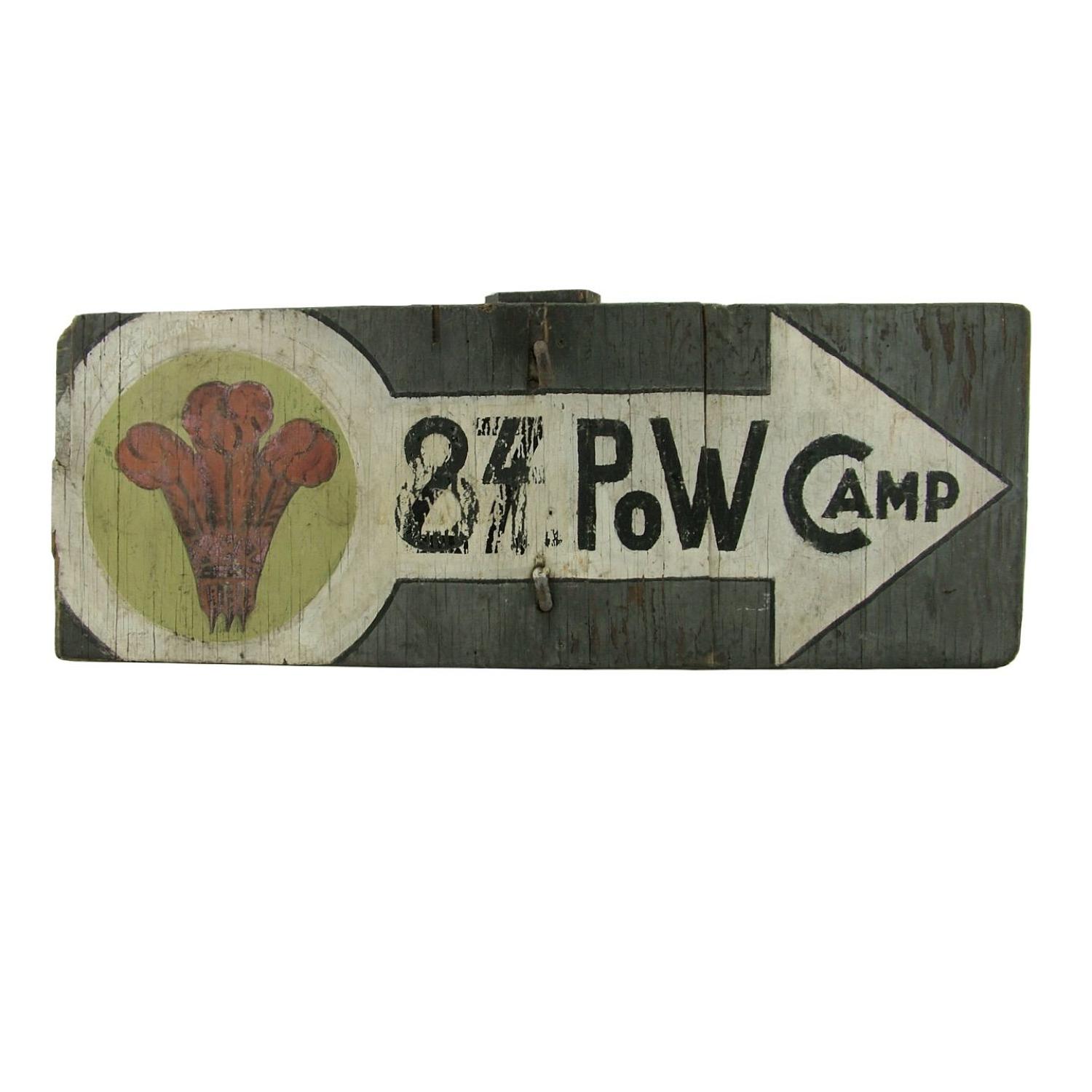 Original painted wooden Prisoner of War Camp sign.  It measures approximately 60cm wide x 22cm in height and is made from relatively thin ply mounted with large bolts and square nuts to a section of the original post.  The handpainted design is a modified arrow with Prince of Wales type feathers on the left and lettering to the right.  Interestingly the camp number has been changed at some point from 87 to 24.  Unfortunately there is little information about British POW camps and we have been unable to establish exactly where this came from.  PoW camp No.24 was  at the No.4 General Hospital (Military), Knutsford, Cheshire and presumably used as a secure hospital for injured prisoners.  There was also a camp No.24 at the remote locaton of Knapdale, Lochgilphead, Argyll in Scotland.  No.87 'Byfleet Camp' was a standard camp situated South West of Daventry in Northamptonshire that held mainly Italian prisoners.
The sign is very worn and the paintwork is crackled & blistered but remains quite good with strong colour.  There is evidence of splitting in the wood and old glued repairs but this isn't too obvious and doesn't detract much.  Both bolts are rusted and the nuts are currently siezed.   A superb rare display piece.   Stock code M23228. 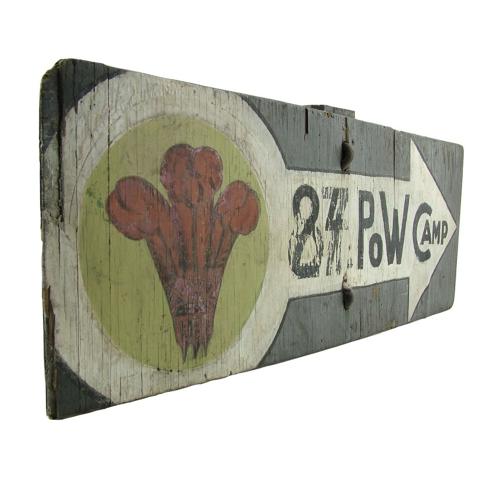 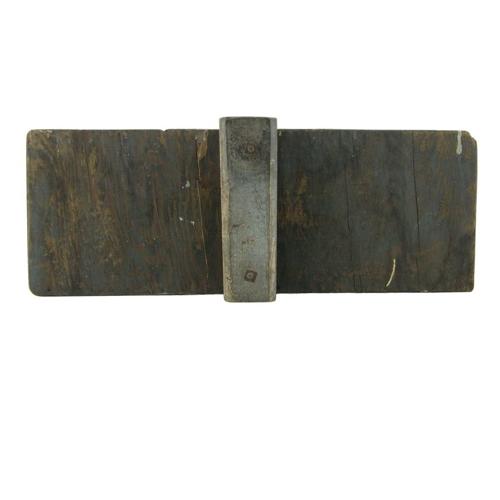 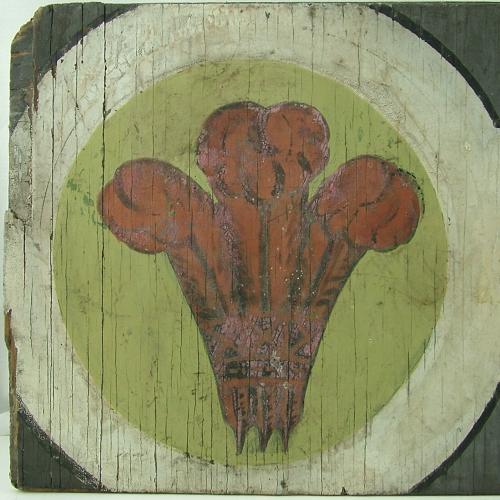 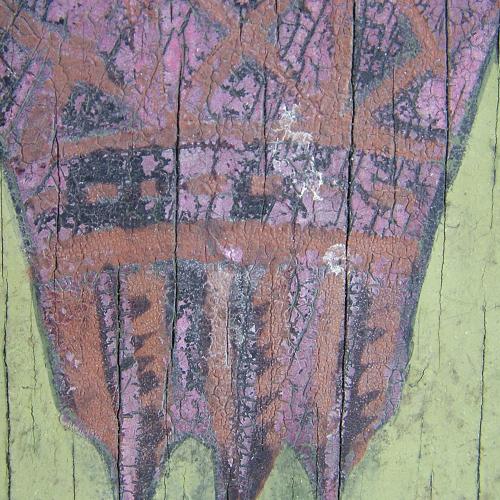 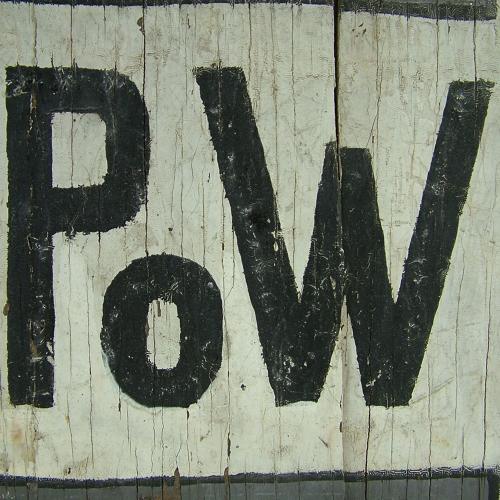 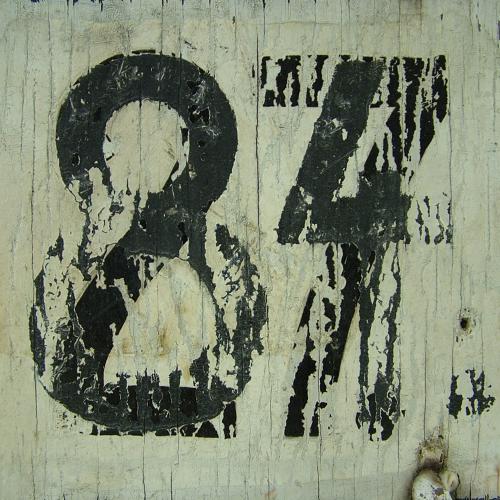 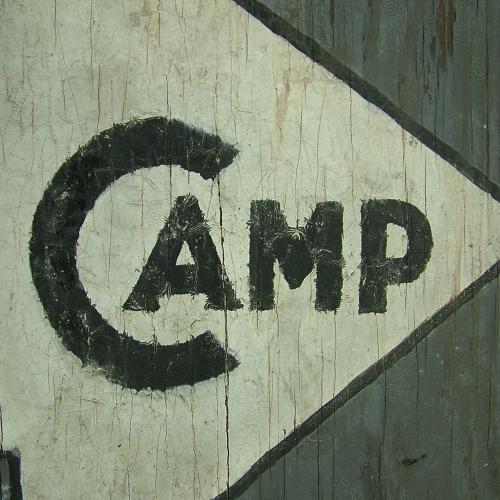 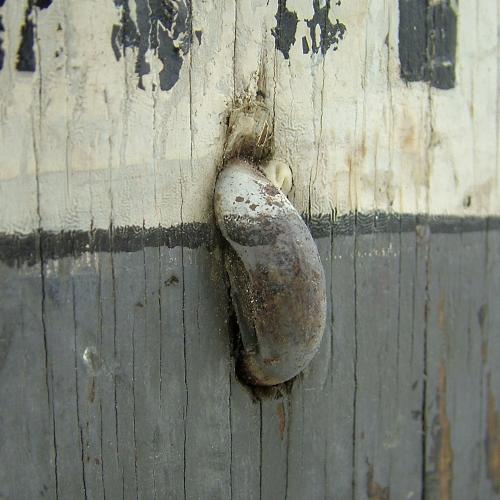 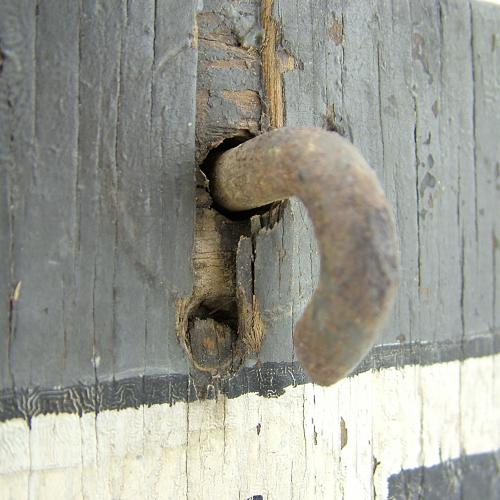 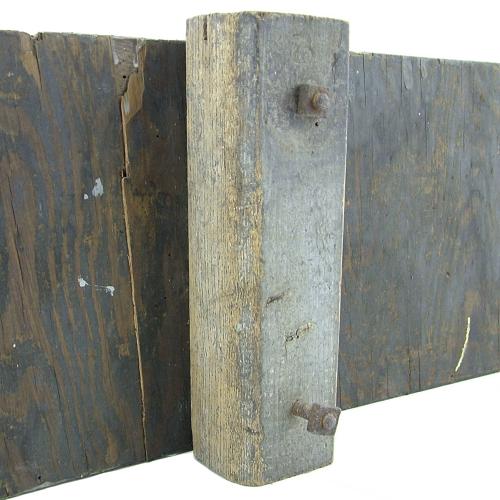 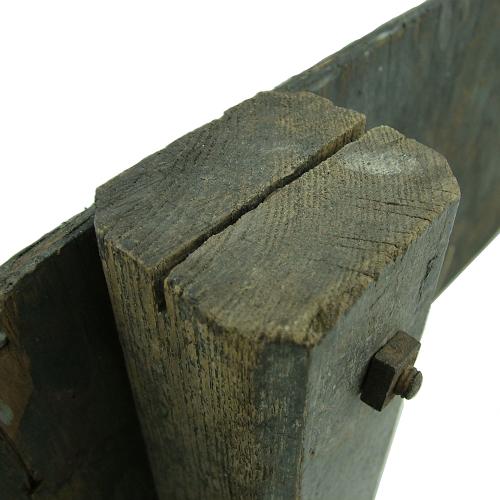 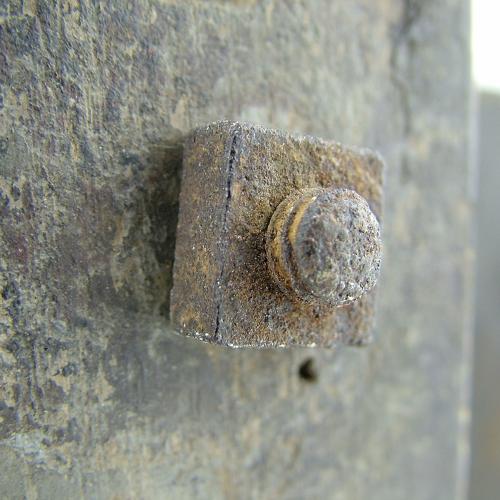