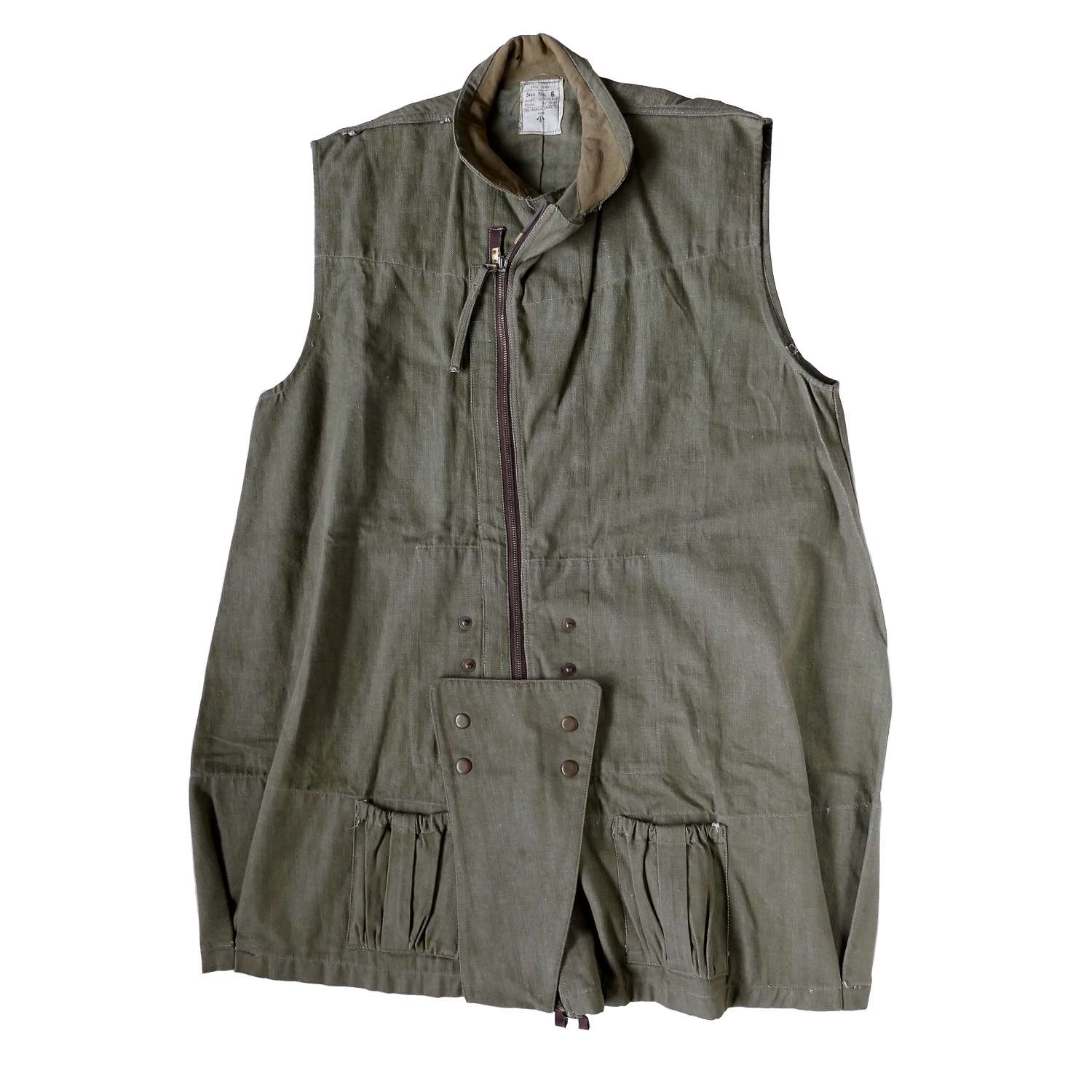 Jackets, Parachutists, 1942 Pattern.  By the City Uniform Mnfg. Co.  Size 6 (Ht. 6'1"-6'2", Br. 39 - 44").  1946 dated.  Sleeveless khaki denim oversmock with a lined stand collar.  Closed with a single vertical full-length 'SWIFT' marked zip with cloth puller attached.  Fitted with a tailpiece sewn to the rear of the smock that is intended to pass under the wearer’s crotch.  This fastens at the front of the smock with a series of press studs.  There are two elasticated lower front skirt pockets large enough to hold a single hand grenade in each.  This garment was designed to be worn by British Airborne troops over the Denison Smock in order to prevent it getting caught on the parachute  rigging lines and to keep it in place during the jump.  It would have been removed and discarded immediately afer landing.  They were used on operations such as  Market Garden and D-day.   This very early post WW2 example is in superb overall condition with very minor storage wear (a couple of small seam sections with loose broken stitches) and a moth hole on the collar.  Rare to find one so good and this big!  Stock code M24491. 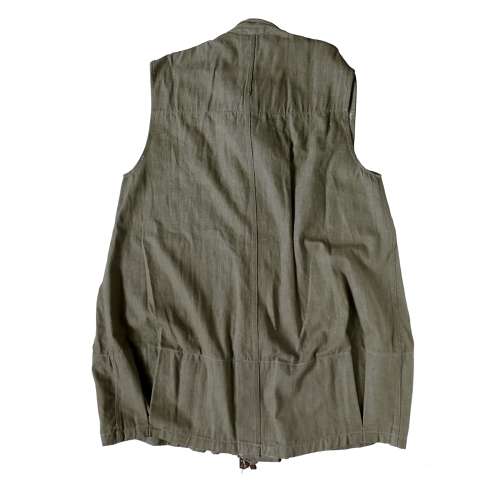 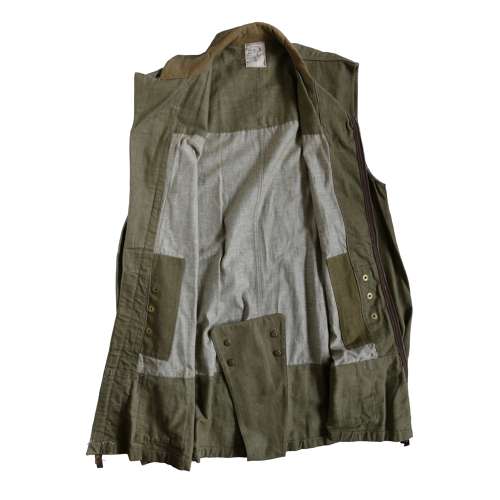 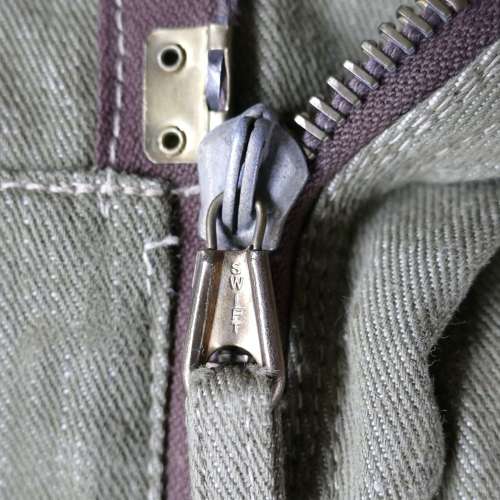 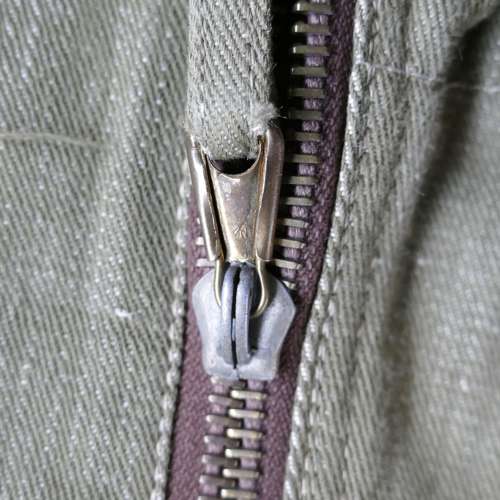 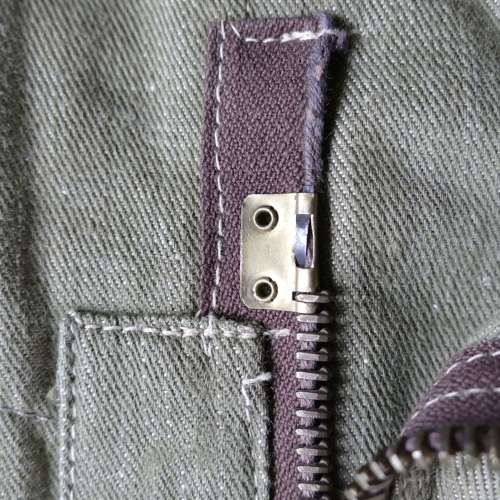 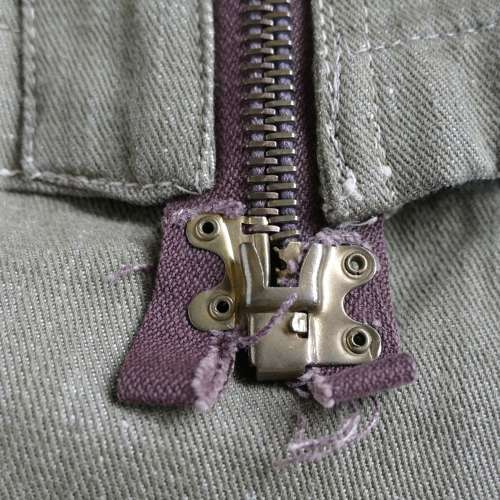 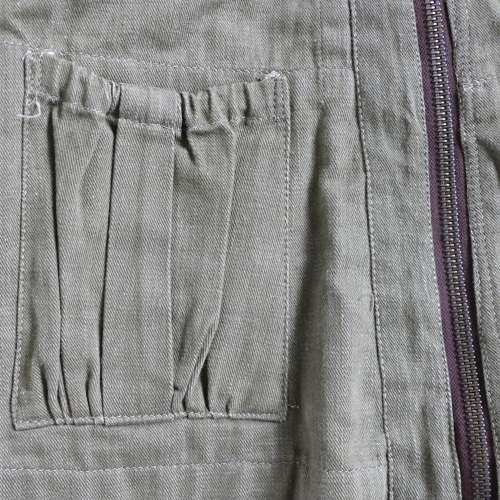 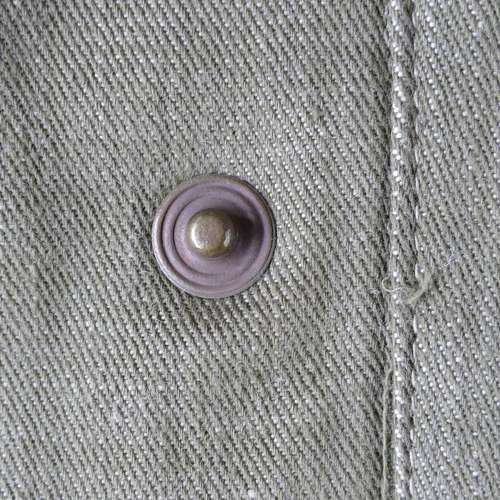 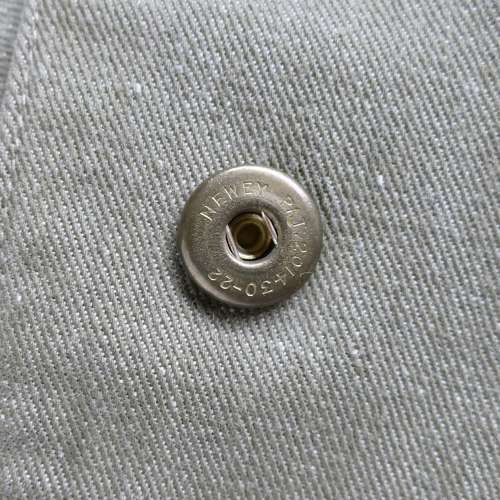 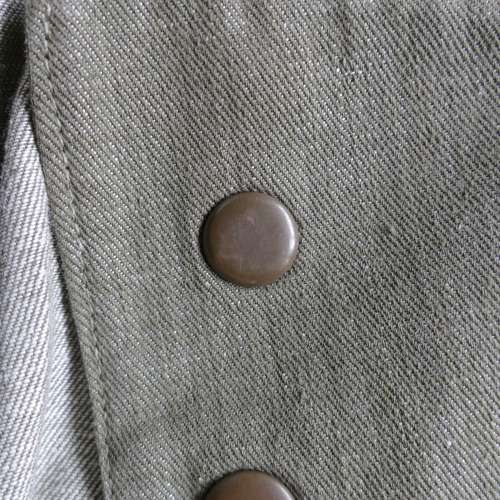 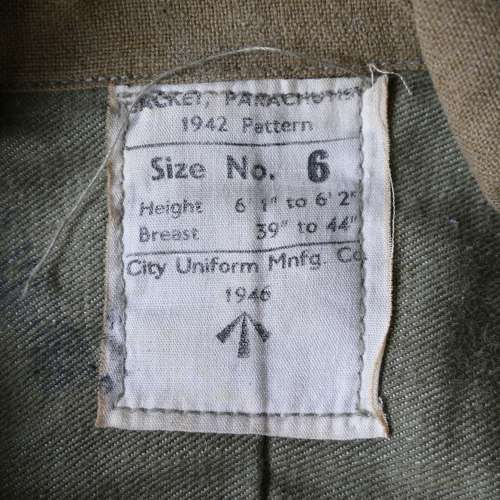 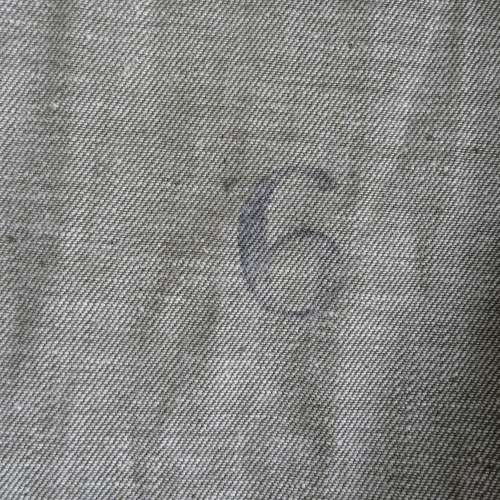 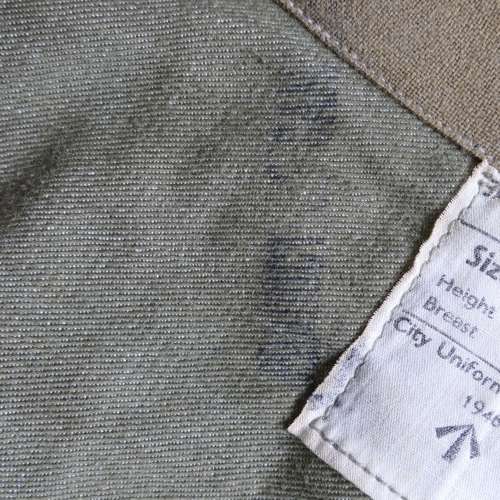 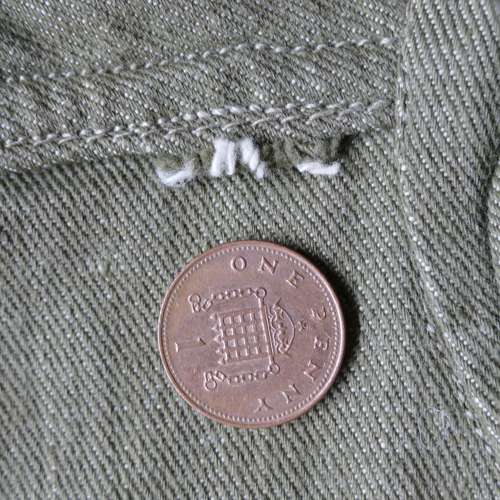 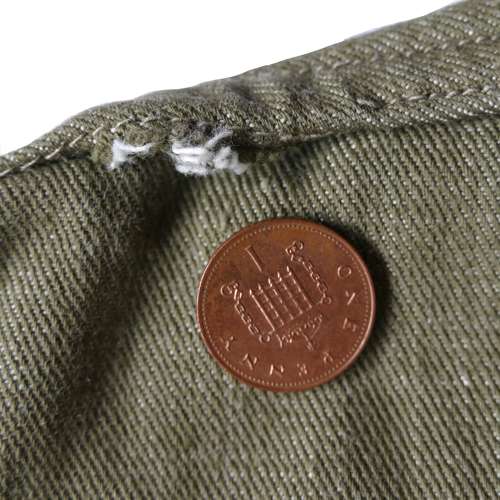 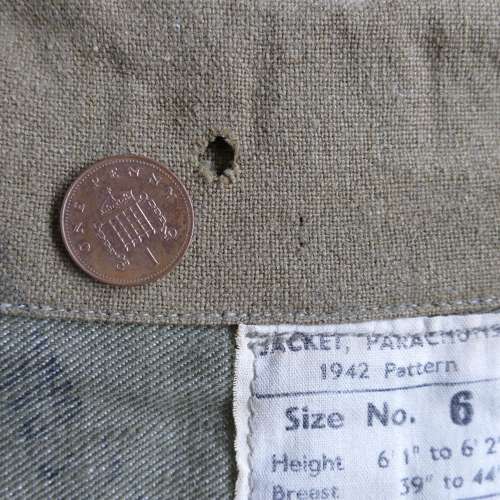