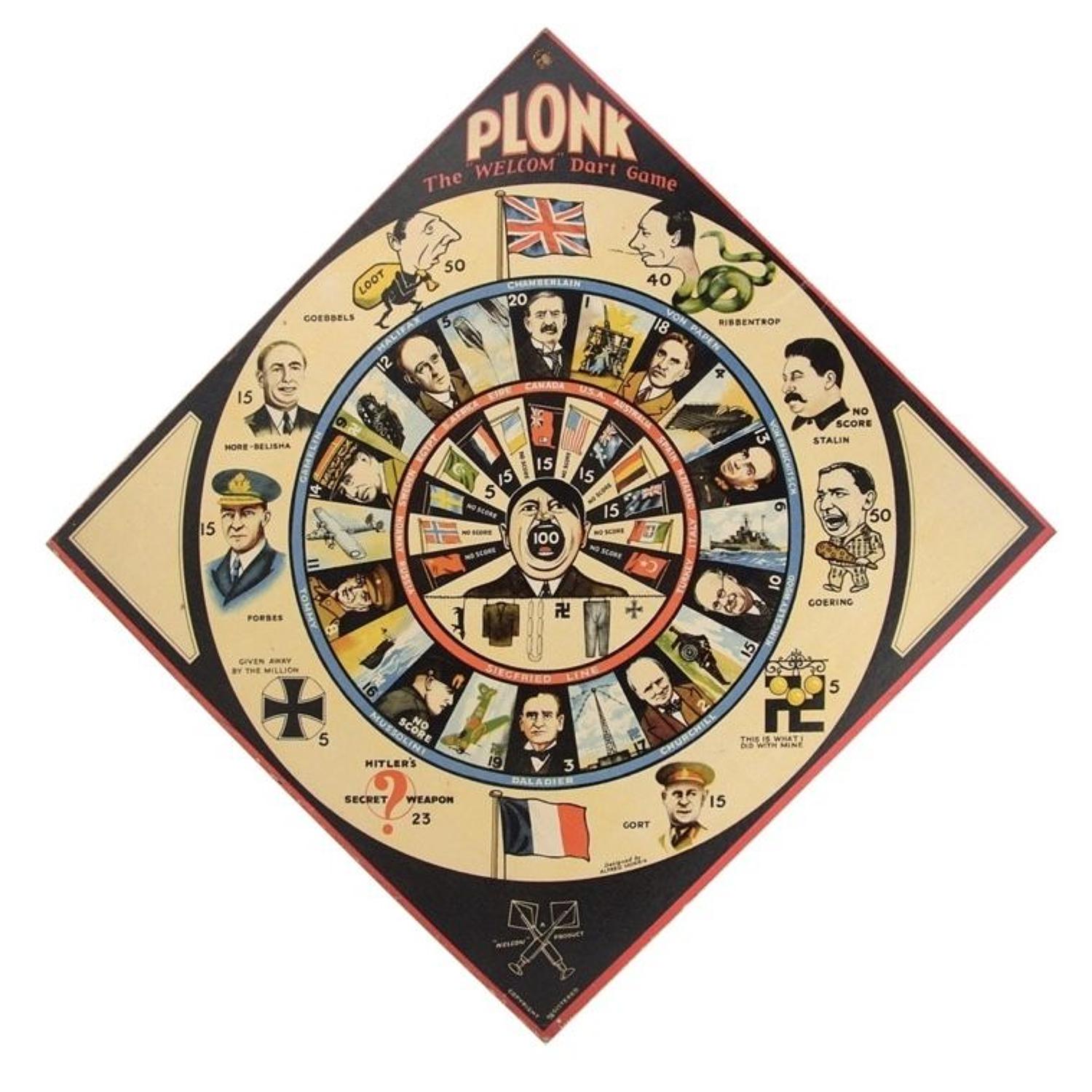 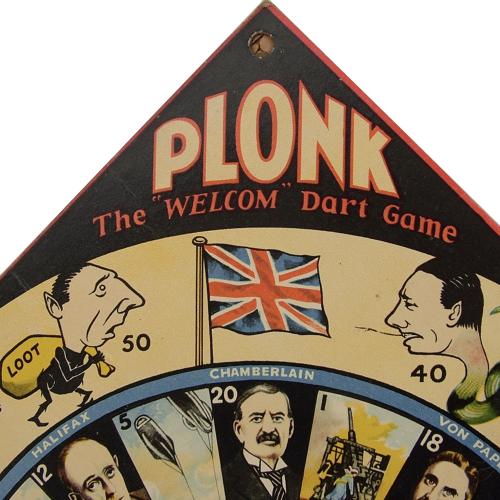 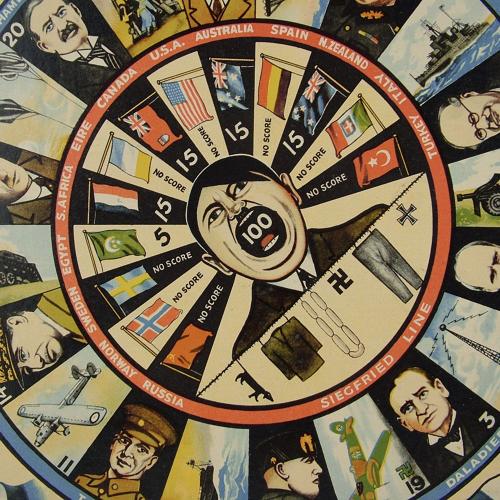 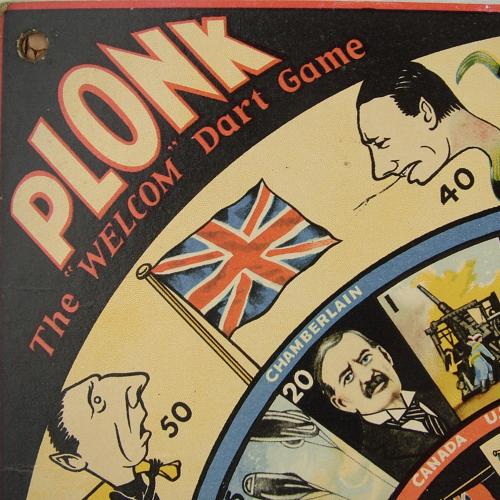 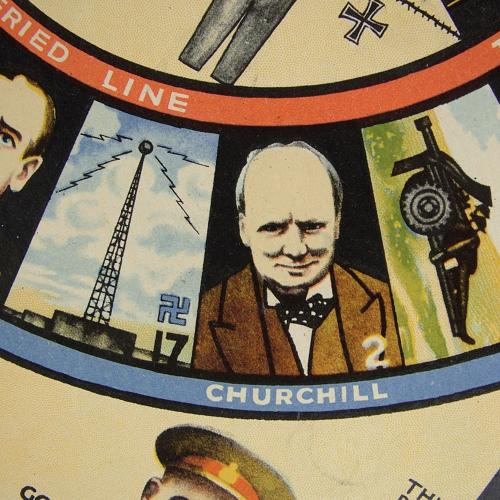 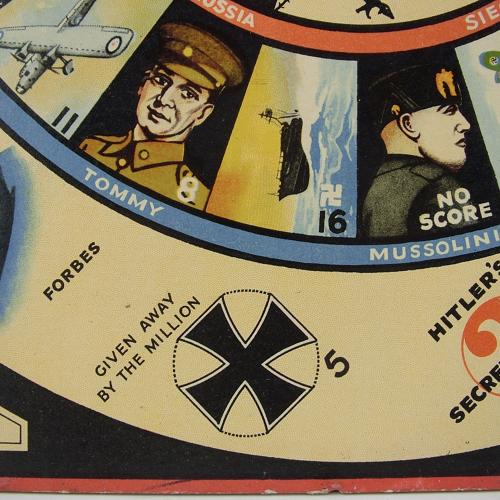 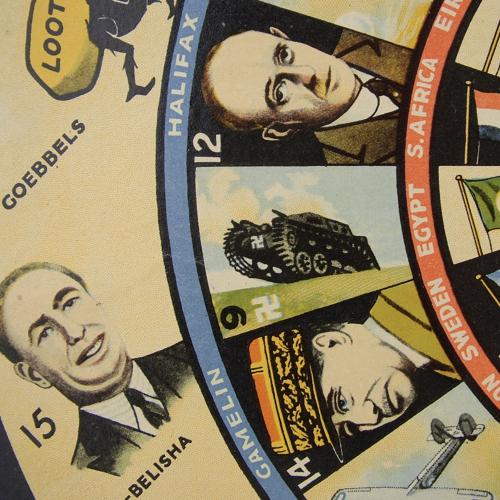 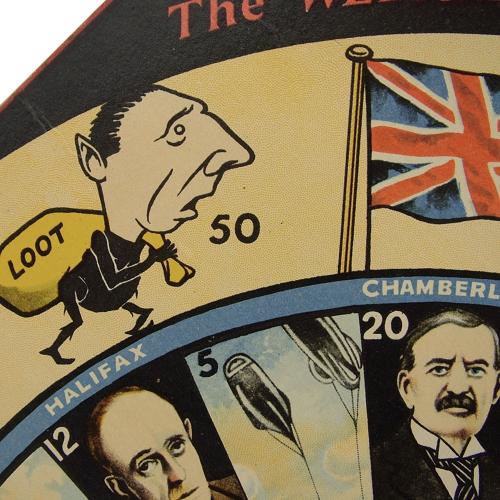 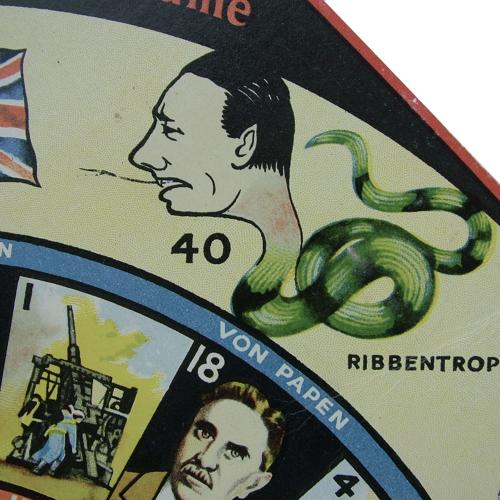 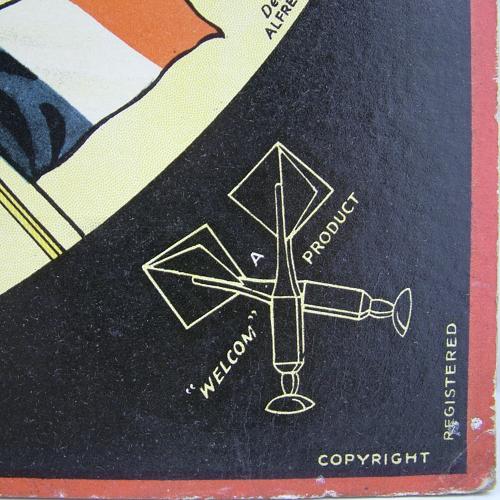 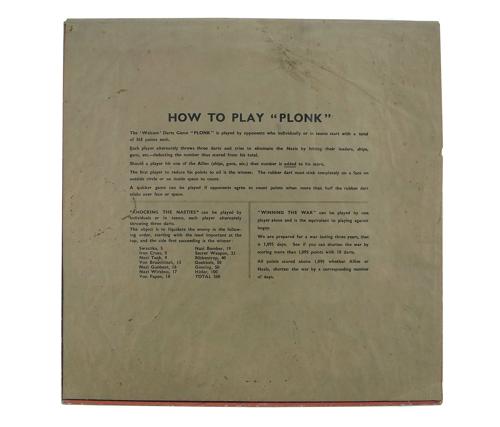 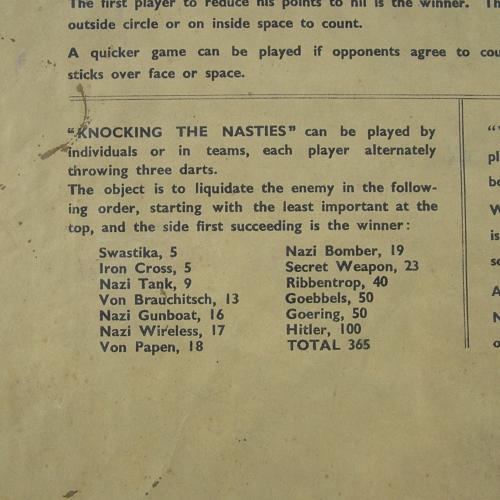 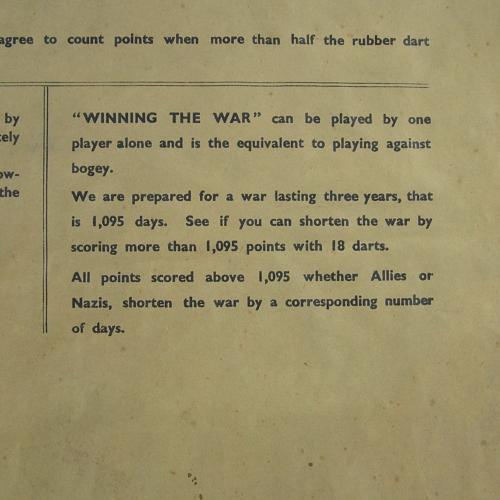 'PLONK' - The Welcom Dart Game.  Designed by Alfred Morris.  Superb early war period dart game made for propaganda purposes.  Approximately 41 x 41cm and printed on stiff cardboard.  It is copioiusly illustrated with allied and axis figures of the time including Goebbels, Goering, Stalin, Ribbentrop, Mussolini, Chamelin, Daladier, Kingsley-Wood, Churchill, Chamberlain, Von Papen etc. with Hitler at the centre.  Backed with the original instruction sheet.  The 'Welcom' darts game 'Plonk' is played by opponents who individually or in teams start with a total of 365 point each.  Each player alternately throws three darts and tries to eliminate the Nazis by hitting their leaders, ships, guns etc. - deducting the number thus scored from his total.  A second version of the game involves aiming at specific targets and 'Knocking out the Nasties' and a third version can be played alone.  Intended to be played with rubber suction darts (absent).  In superb condition retaining bright colours and showing only minor wear and use.  Extremely rare.  Try and find another!  Stock code M23269.