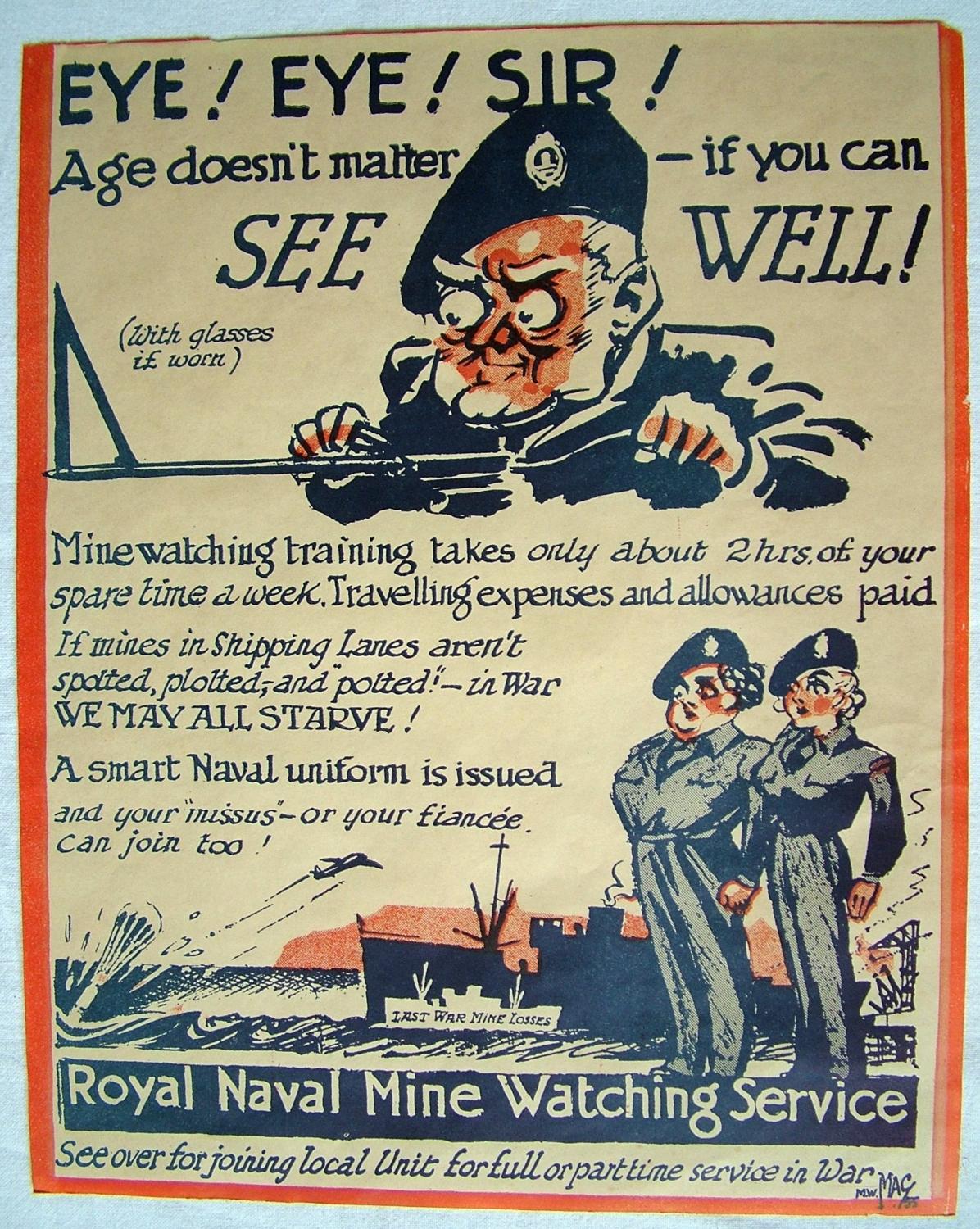 Approx. 19 x 24cm. Cartoon of an old veteran and two WRENs. 'Eye Eye Sir! Age doesn't matter if you can see well (with glasses worn) .... If mines are't spotted, plotted and potted - in war we may all starve! A smart Naval uniform is issued and your missus or fiancee can join too!'  The Royal Naval Minewatching Service was a civilian organisation formed in 1952 as part of the auxiliary forces of the British Naval Service. Its intended wartime role was to man observation points overlooking ports and strategic shipping lanes to spot and report on mines dropped. Printed on thin paper. Good condition. 1955 dated. Stock code P3879. 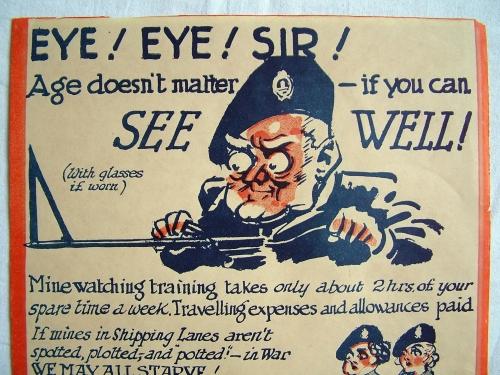 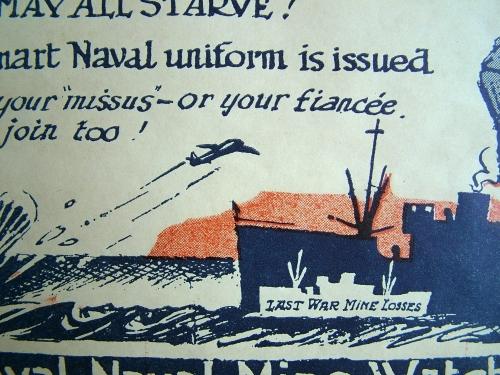 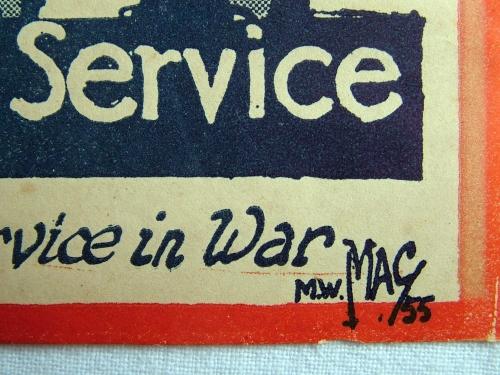