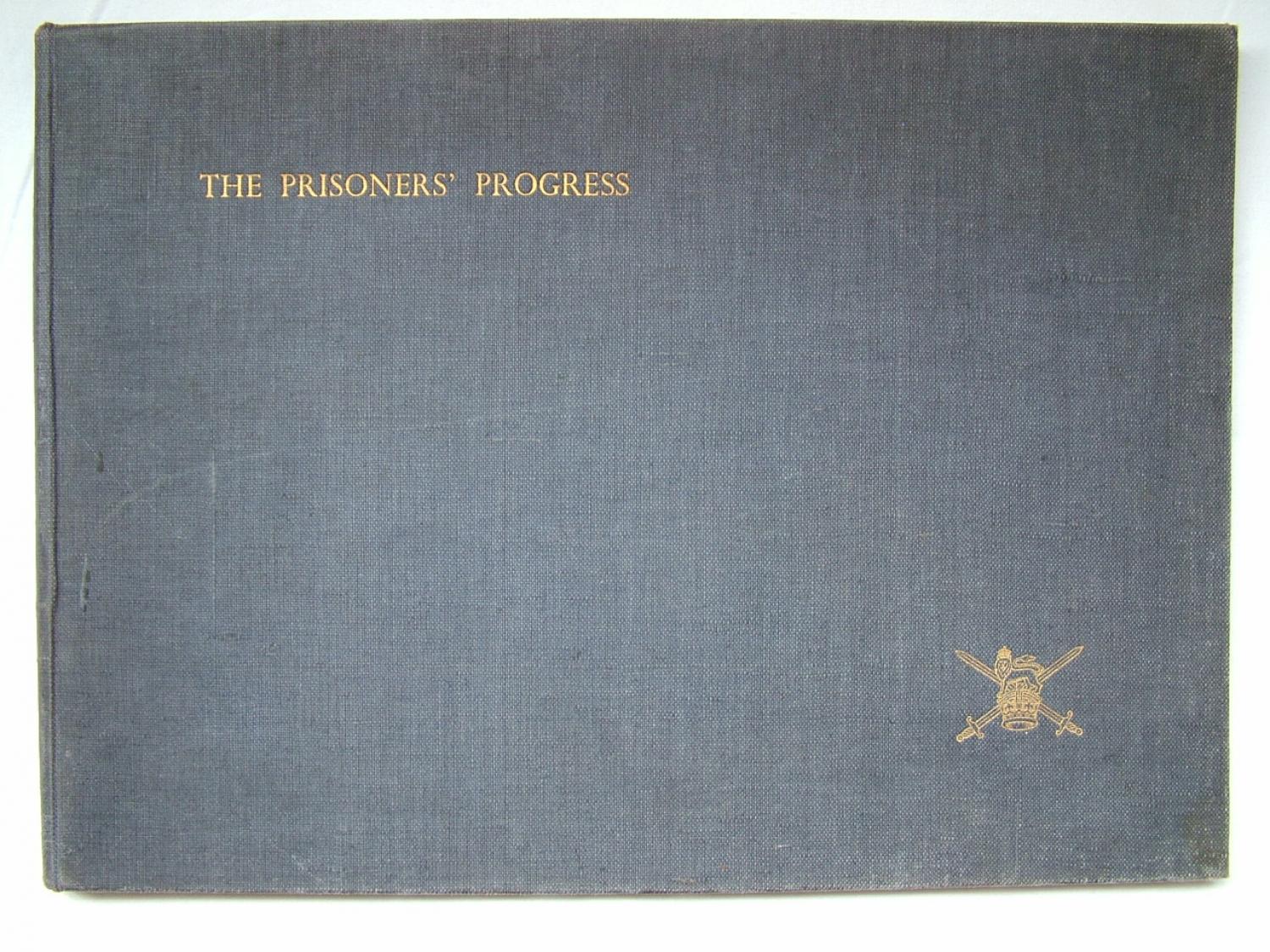 Diary of the March To Captivity, 1940.  By Leslie C. Hunt, 2nd Lieutenant, The East Surry Regt, No. 1351, of Oflag VIIC Germany. Published by Hutchinson and Co. Ltd., London. Approx. 37 x 26cm. Bound in a blue cloth hardcover with gilt title and insignia, no dustjacket. Limited edition (1st and only edition) - limited to 1000 copies of which this is No. 899. 'An illustrated diary of the march into captivity of the last of the British Army in France - June 1940'. Beautifully illustrated with copies of 8 hand drawn and painted maps of marches to prison camps made by soldiers captured after the evacuation at Dunkirk in 1940. Shows the route of the enforced march from St. Valery. The 51st (Highland) Division, the 1st Armoured Division and remnants of the 12th and 23rd Divisions were particularly involved in this harrowing experience. Each map has printed annotations to explain stages in the journey - The route of the march is coloured in red throughout. Each POW camp is marked by a "barbed wire enclosure" and given a few words of description. The maps are preceded by a page of introduction. There are various POW camp Gepruft stamps etc throughout. 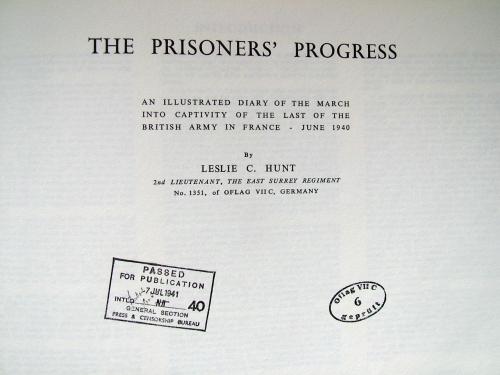 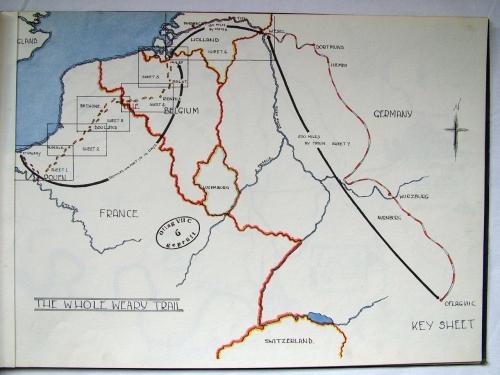 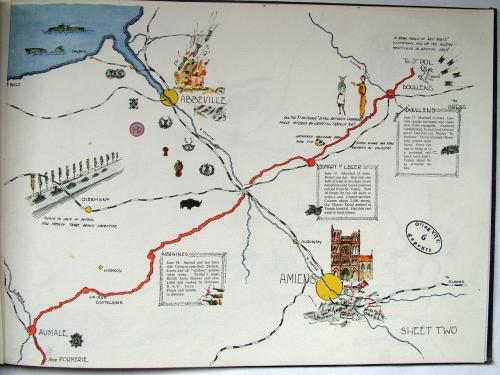 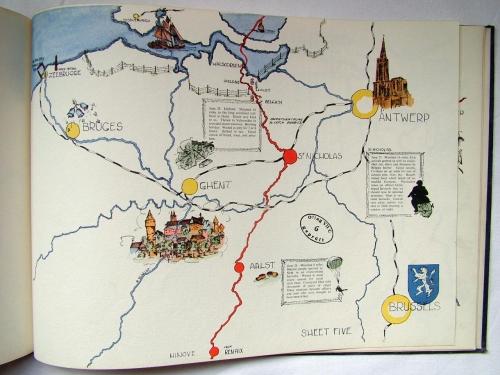