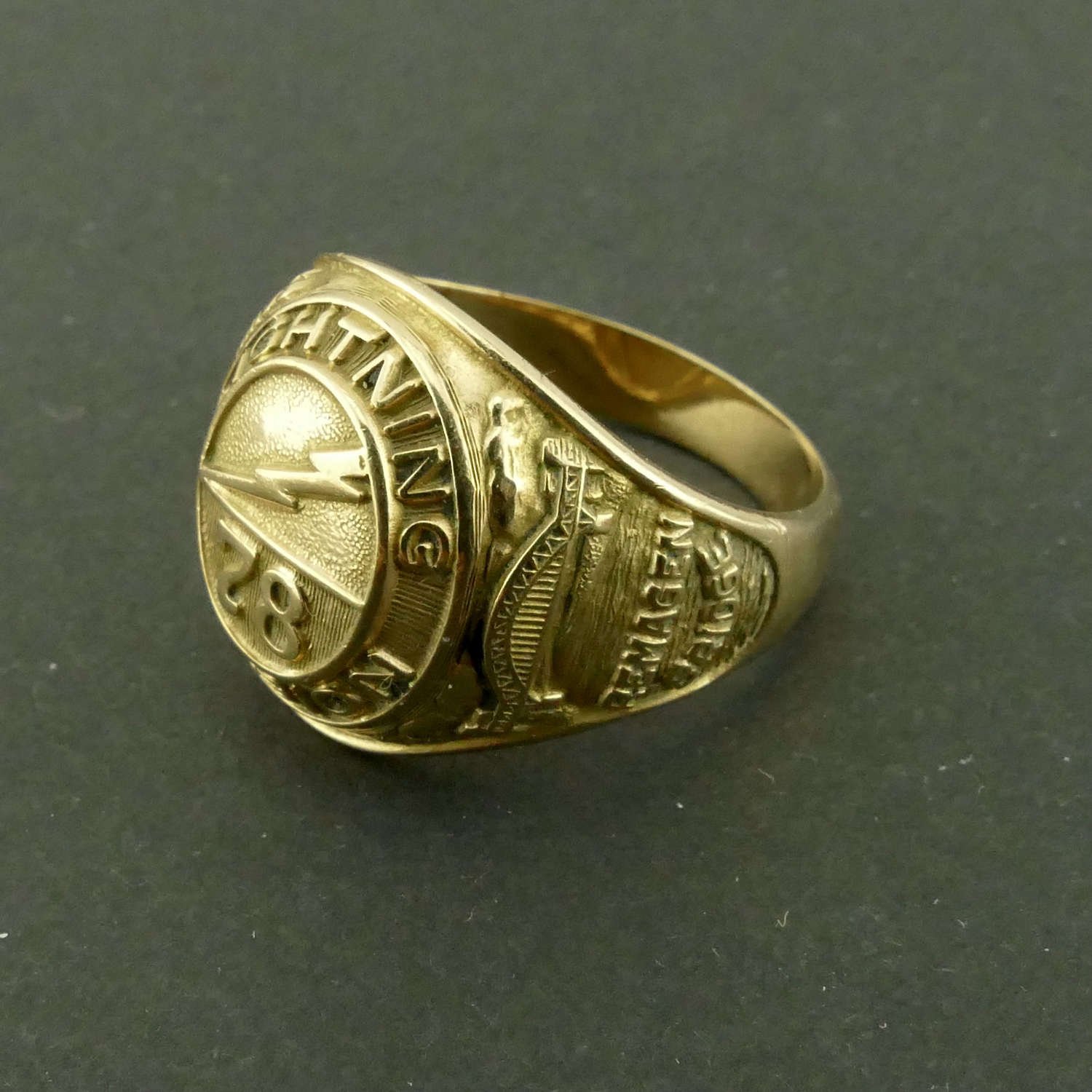 US Army 78th Infantry 'Lightning' Division ring manufactured in solid 10 carat gold (9gm).  Illustrated with a lightning bolt and '78', wording 'Lightning Division' to the front with Remagen Bridge and Schwammenauel Dam at the sides.  The 78th arrived in England during October 1944 moving to France the following month, later pushing into Germany.  It held the area it had taken from the Siegfried Line against violent German attacks and in January 1945 attacked and took Kesternich.  On the 9th February it captured intact the vital Schwammenauel Dam. In the advance, the Roer River was crossed and the Division joined the offensive of the 1st and 9th Armies toward the Rhine that was crossed at the Ludenorff bridge during the battle of Remagen.  This being a significant turning point of the war, it was commemorated in these rings.  Excellent condition.  The current scrap value alone is around £150.00.  Stock code U24999. 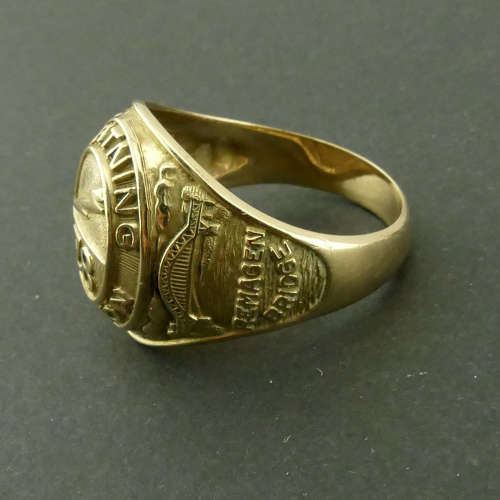 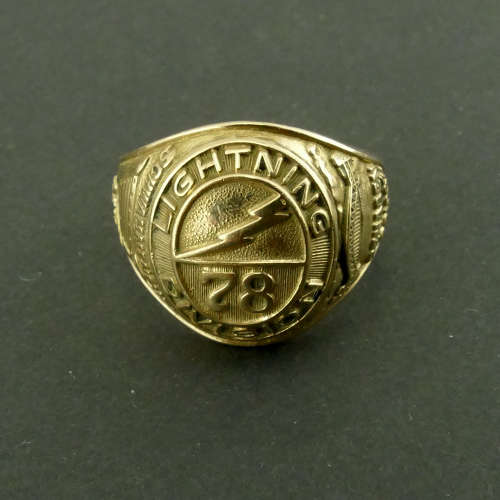 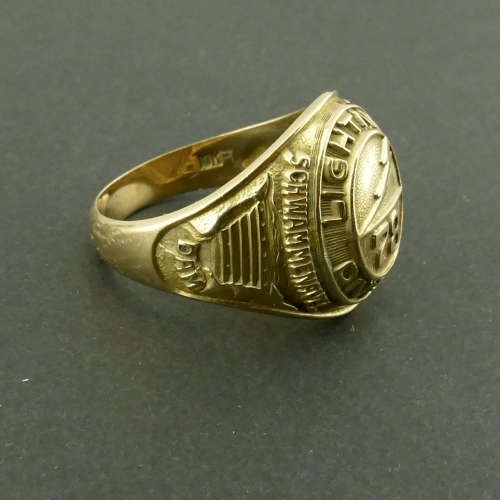 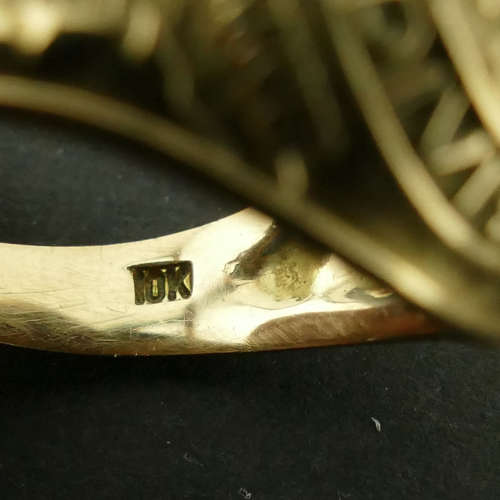