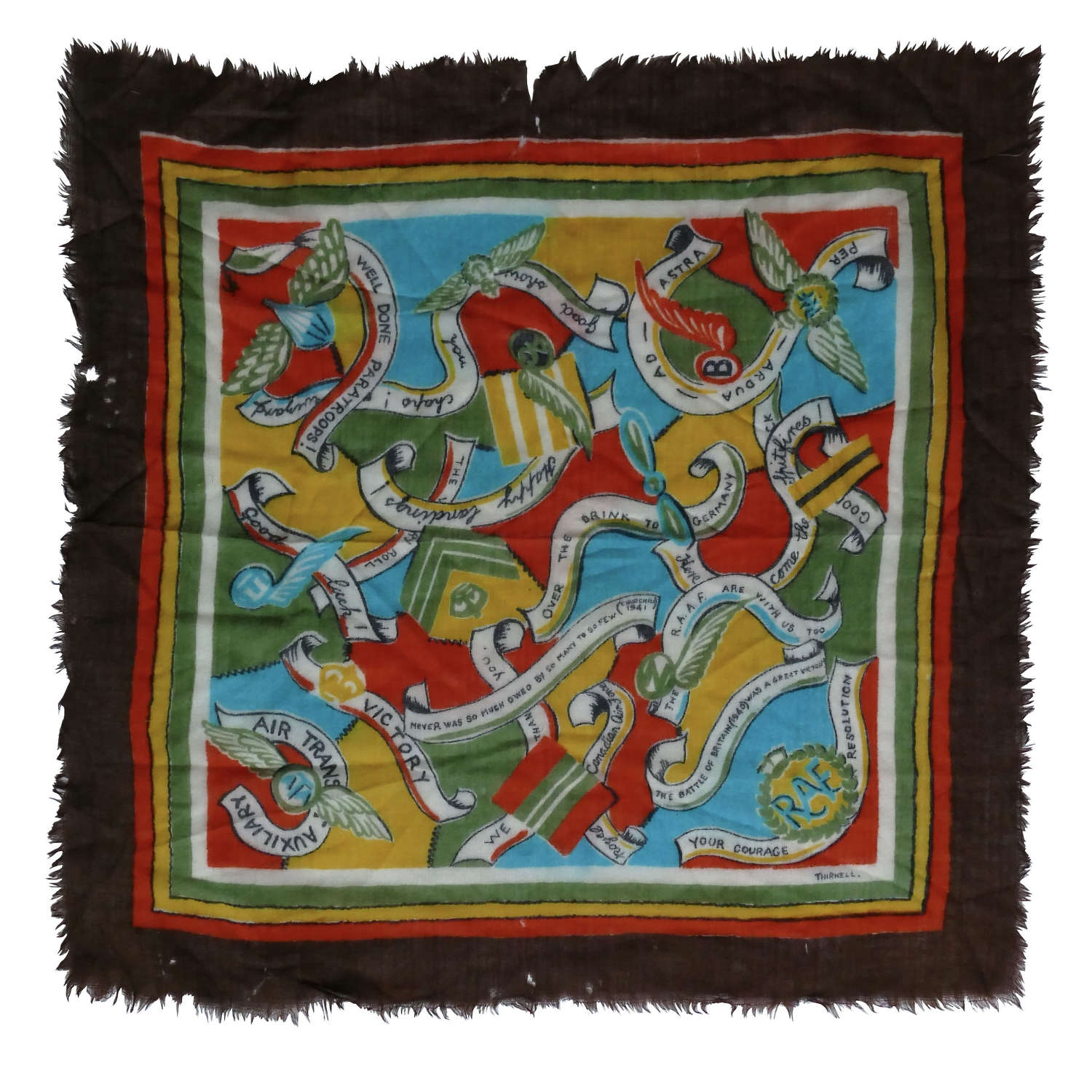 Rare square woollen propaganda scarf by Thirkell.  Approximately 64 x 64cm,  printed in colour (brown, orange, yellow, green and aqua blue).  With RAF cap badge, pilot wing, bomb aimer brevet, flight engineer and navigator brevets, FAA pilot wing, ATA pilot wing, PARA wing etc printed to one side. Also printed with inspiring mottos and slogans such as 'Good Show You Chaps', 'Happy Landings', ' Here Come the Spitfire', 'RAAF Are With Us Too', 'Never Was So Much Owed By So Many To So Few'.  THIRKELL is printed once at the bottom within the border.  Second World War period.  An identical example is held in the Imperial War Museum, London.  Condition is generally good with clean and bright colours but some small moth holes and frayed holes, mainly to the border area as shown.  Stock code M25343. 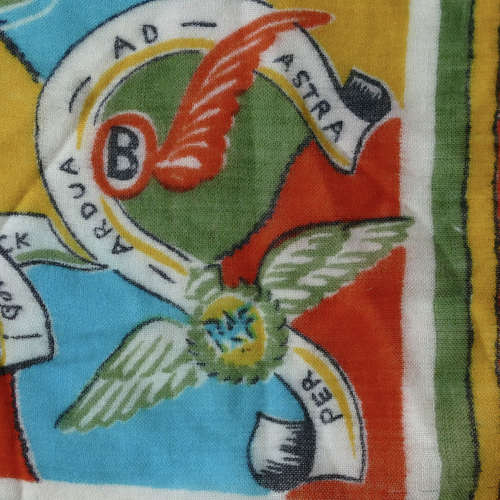 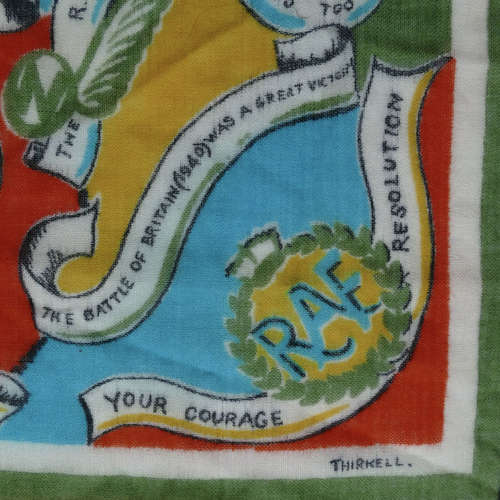 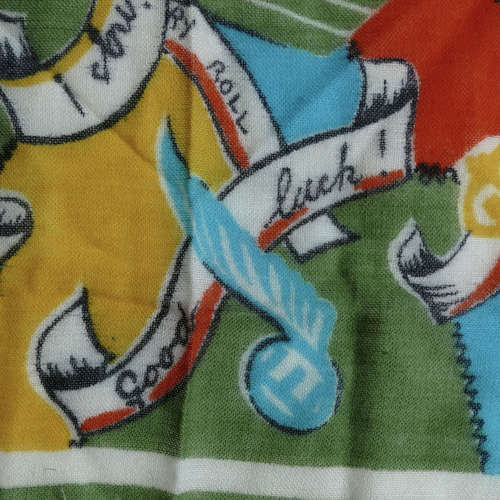 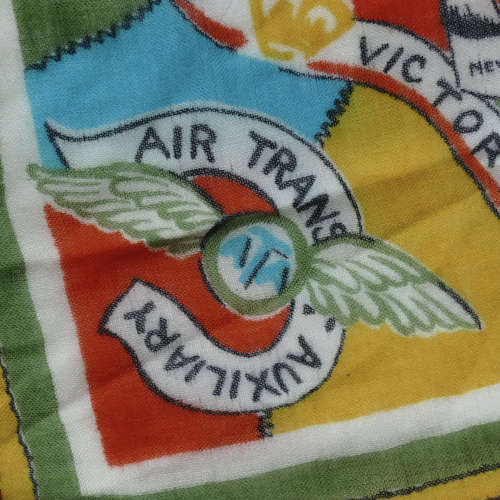 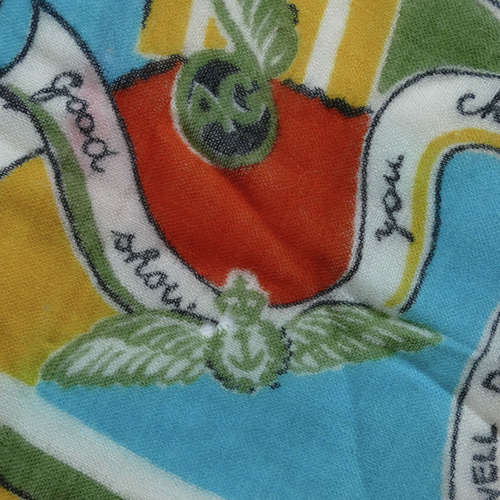 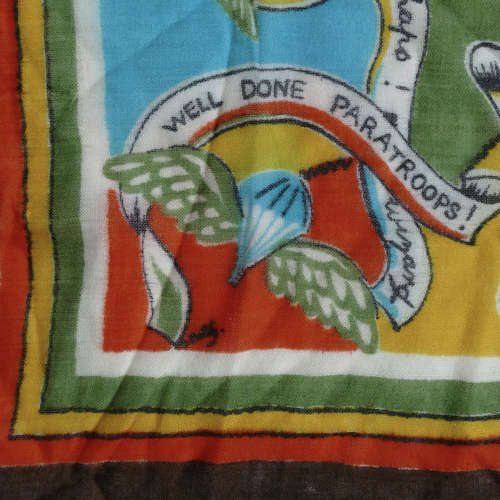 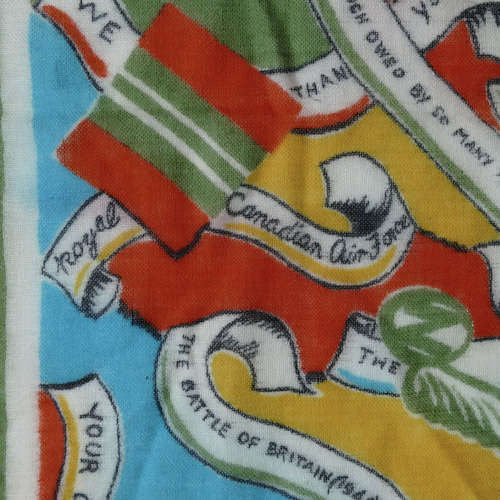 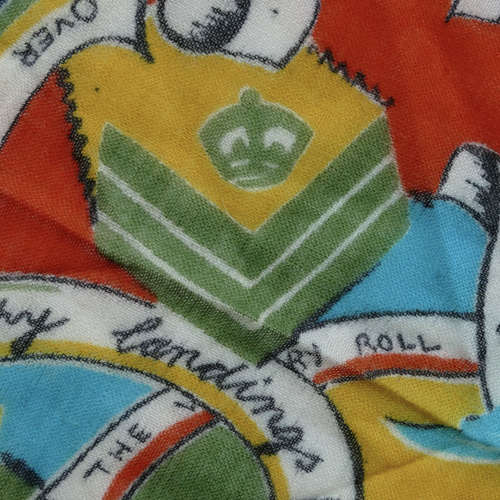 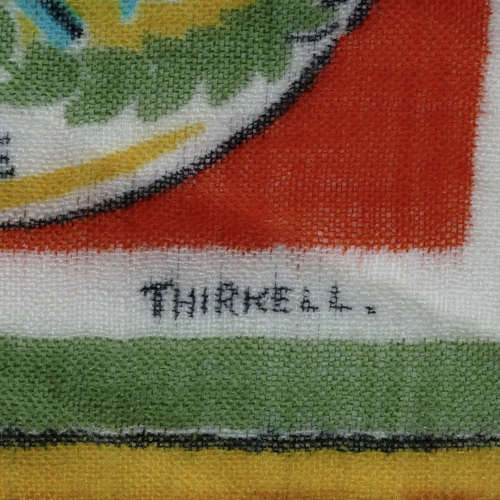 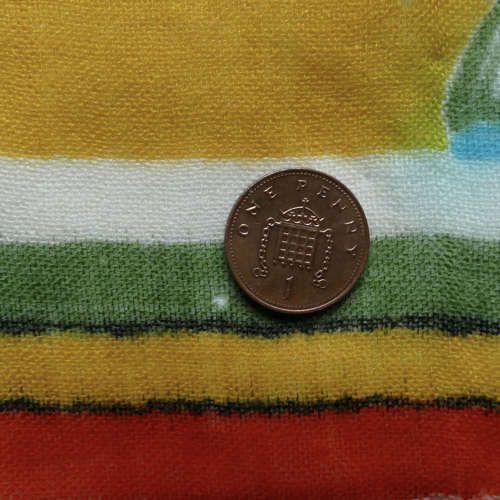 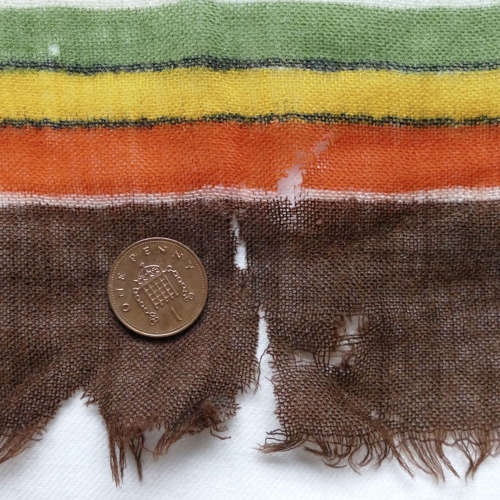 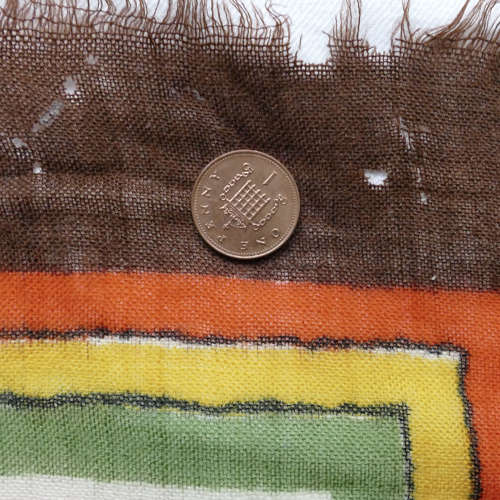 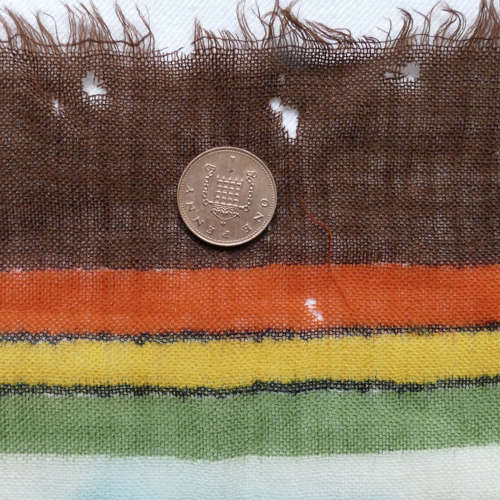 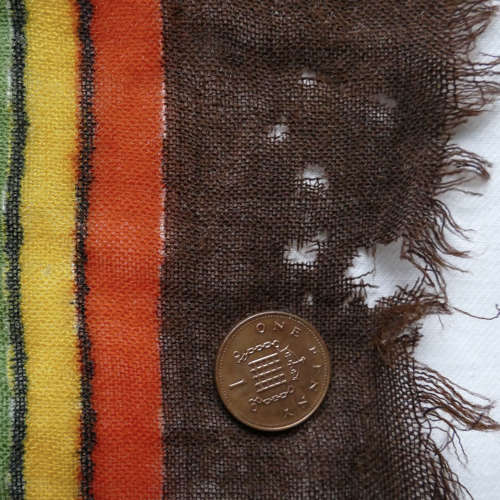