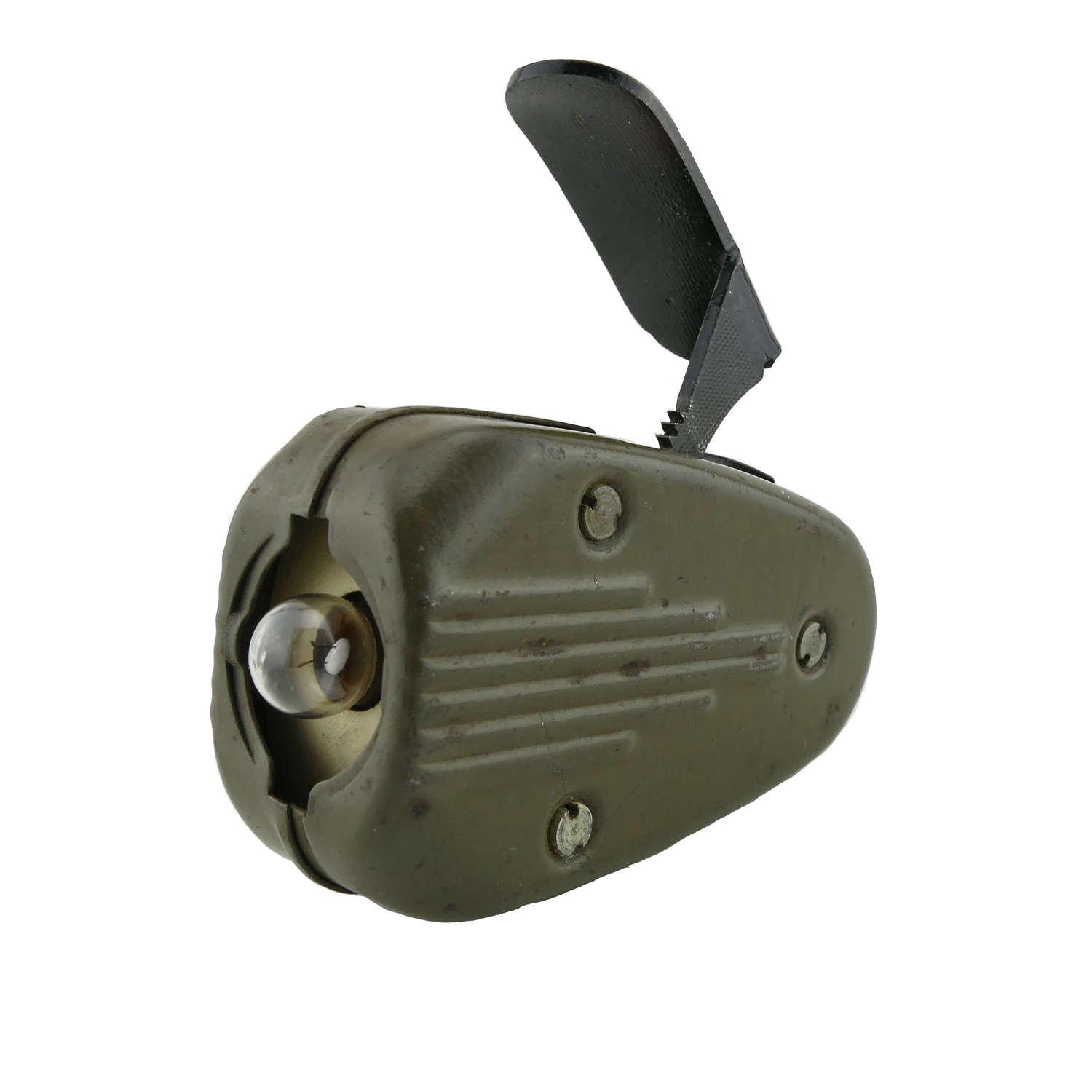 By Philips, Type 7424.  2.5 volt 0.1A.  Green painted steel torch/flashlight with integral dynamo generator operated by means of a press lever on the top.  Known as 'Knijpkat' in the Netherlands which translates to 'squeeze cat' in English, the name being derived from the sound produced by the dynamo.  The olive drab painted steel version was only produced in 1943 and  Philips was ordered by the occupying Germans to produce these for the Wehrmacht although there is also evidence of USAAF crews using them and the Imperial War Museum suggests use by the SOE. In good working order with the original bulb but lacking a lens. These are available via the internet.  The  case is in good original condition with only minor paint chipping.  Stamped with manufacturer's details on the base.   Stock code M17925. 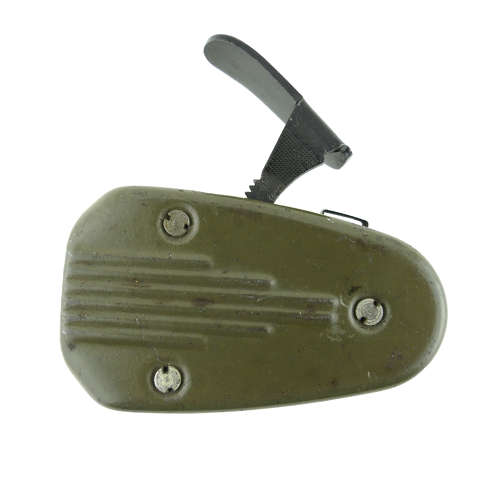 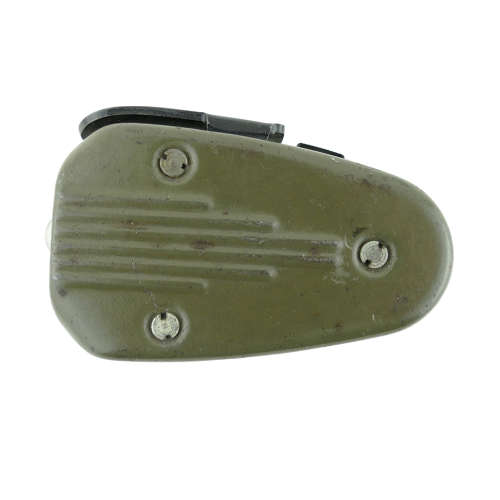 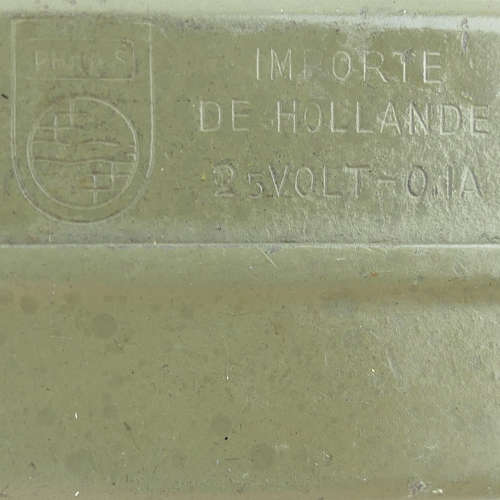 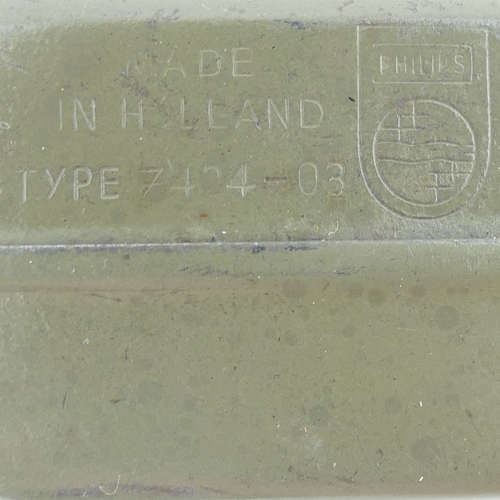