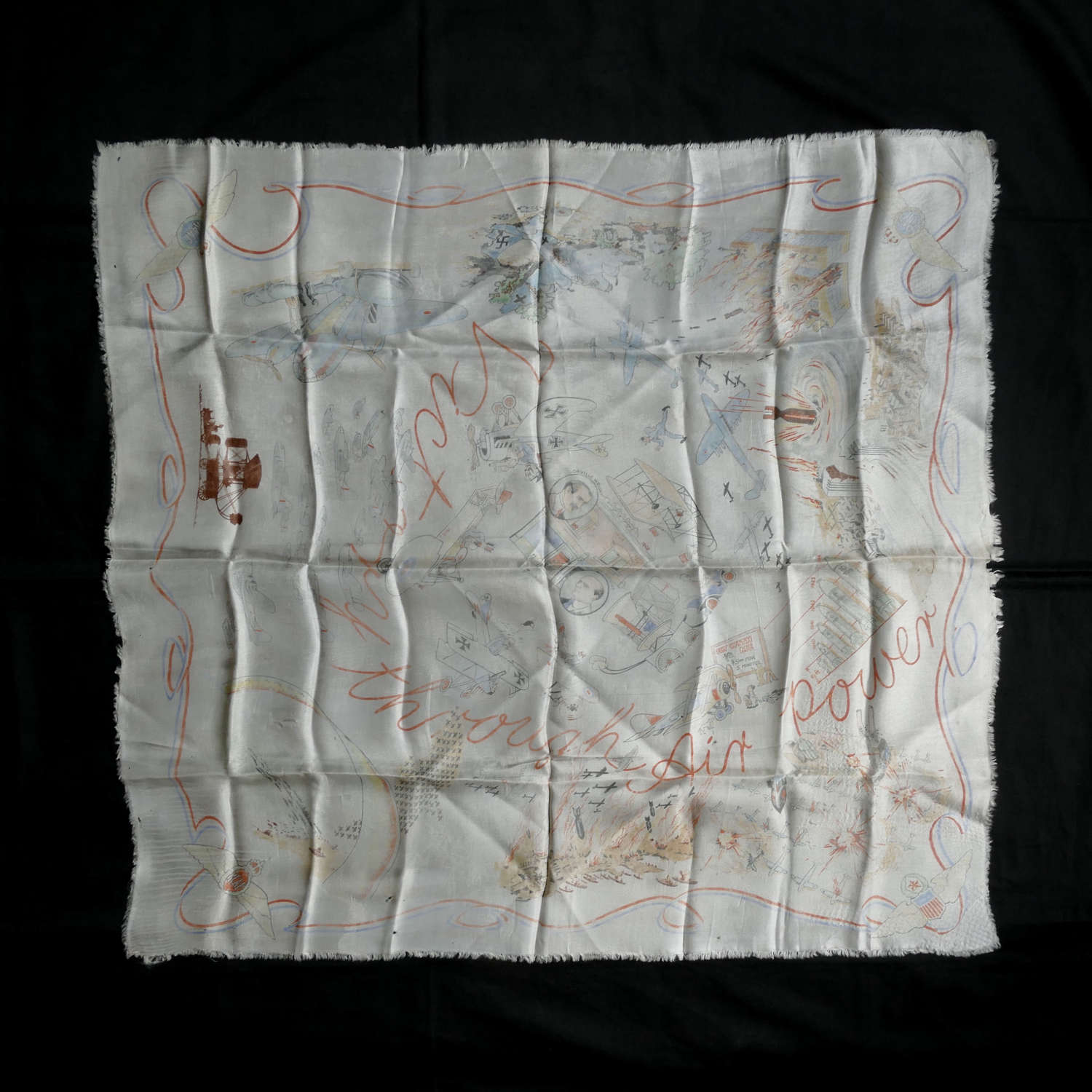 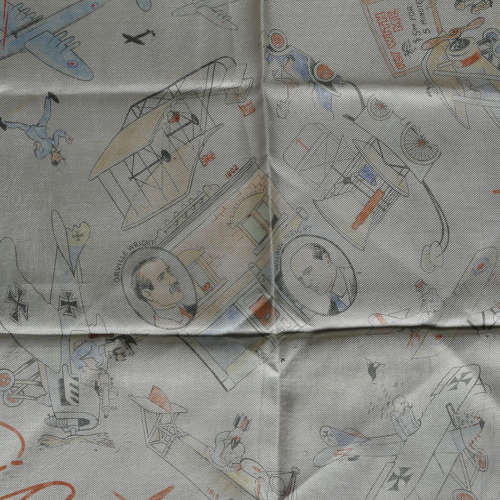 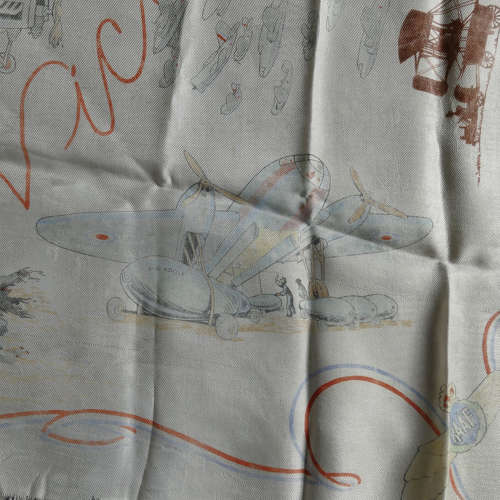 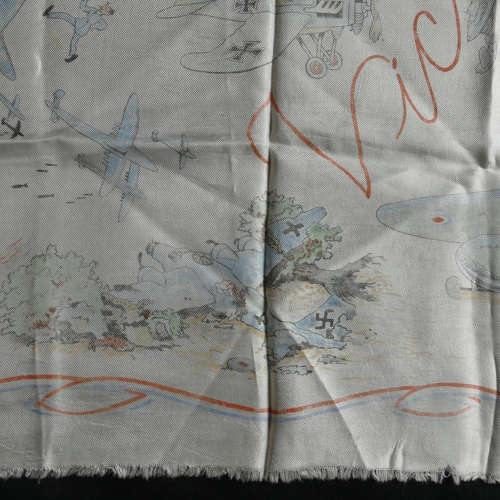 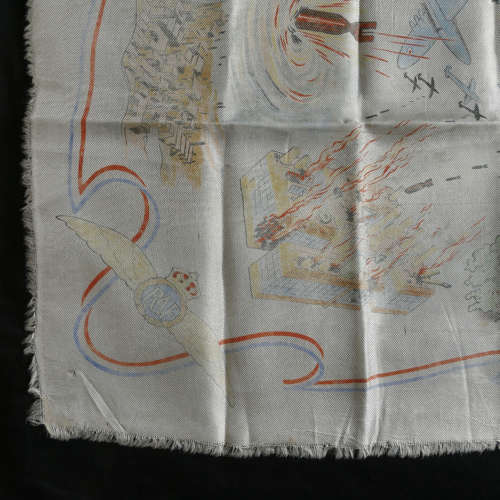 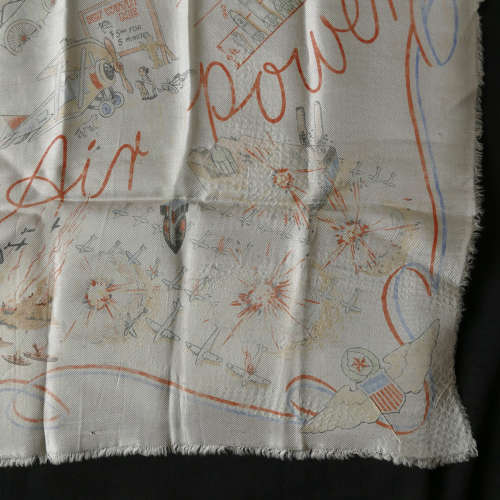 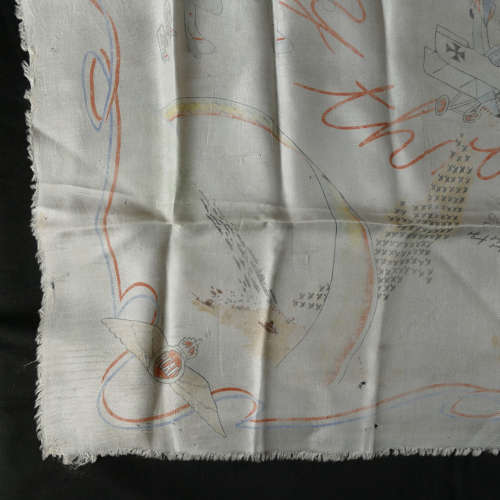 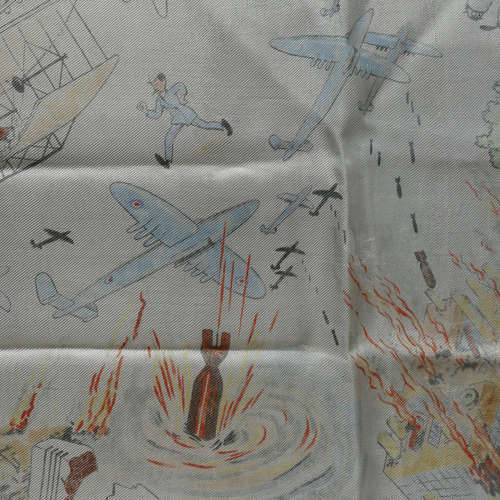 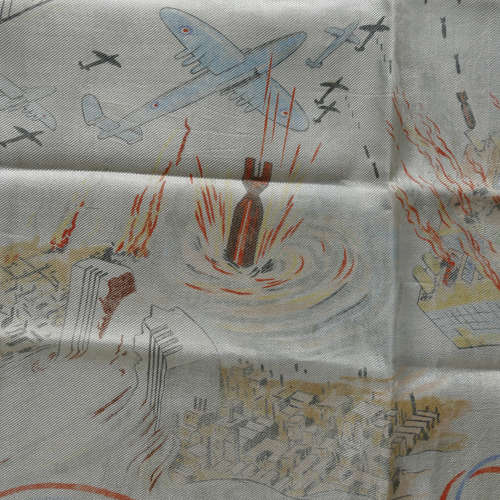 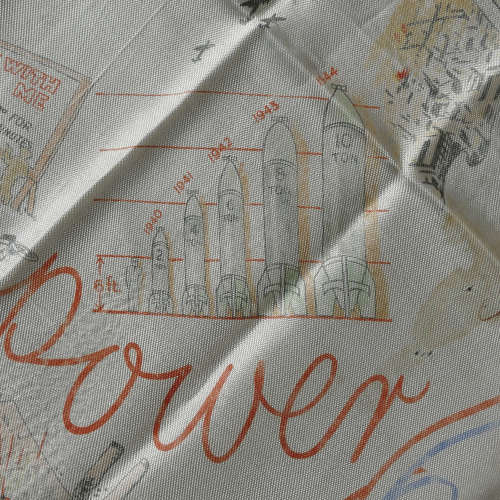 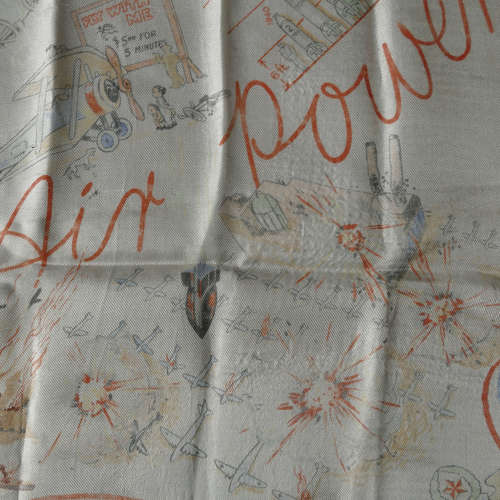 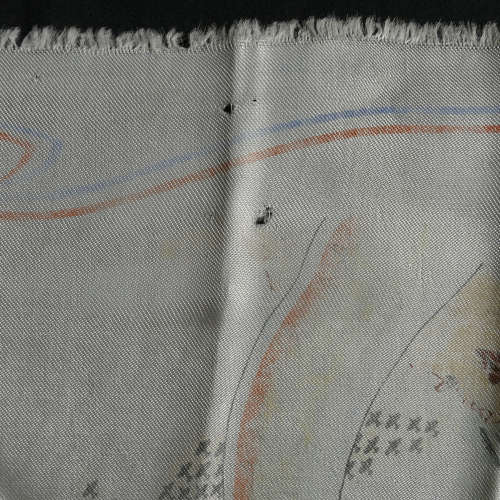 By Glamour Wear of London.  Approximately 76 x 76cm.  Large cream-coloured rayon headscarf printed with illustrations depicting the story of flight from the Wright brothers to the end of WW2.  Each corner has a pilot's wing for the RAF, RAAF, RCAF and USAAF. Around the centre is the phrase 'Victory through Air Power' surrounding a depiction of Orville and Wilbur Wright c.1902 as 'Inventors of the flying machine'.  Around this is a series of illustrations showing WW1/WW2 allied and axis aircraft, bombing raids, crashed aircraft, flying formations and burning cities and factories.  Unhemmed/'fringed' edges which are now fraying a little.  The colours have clearly faded over the years and there are a few small holes but the scarf displays quite well. The Imperial War Museum London has an identical example in their collection. A rare scarf.  Stock code M25046.