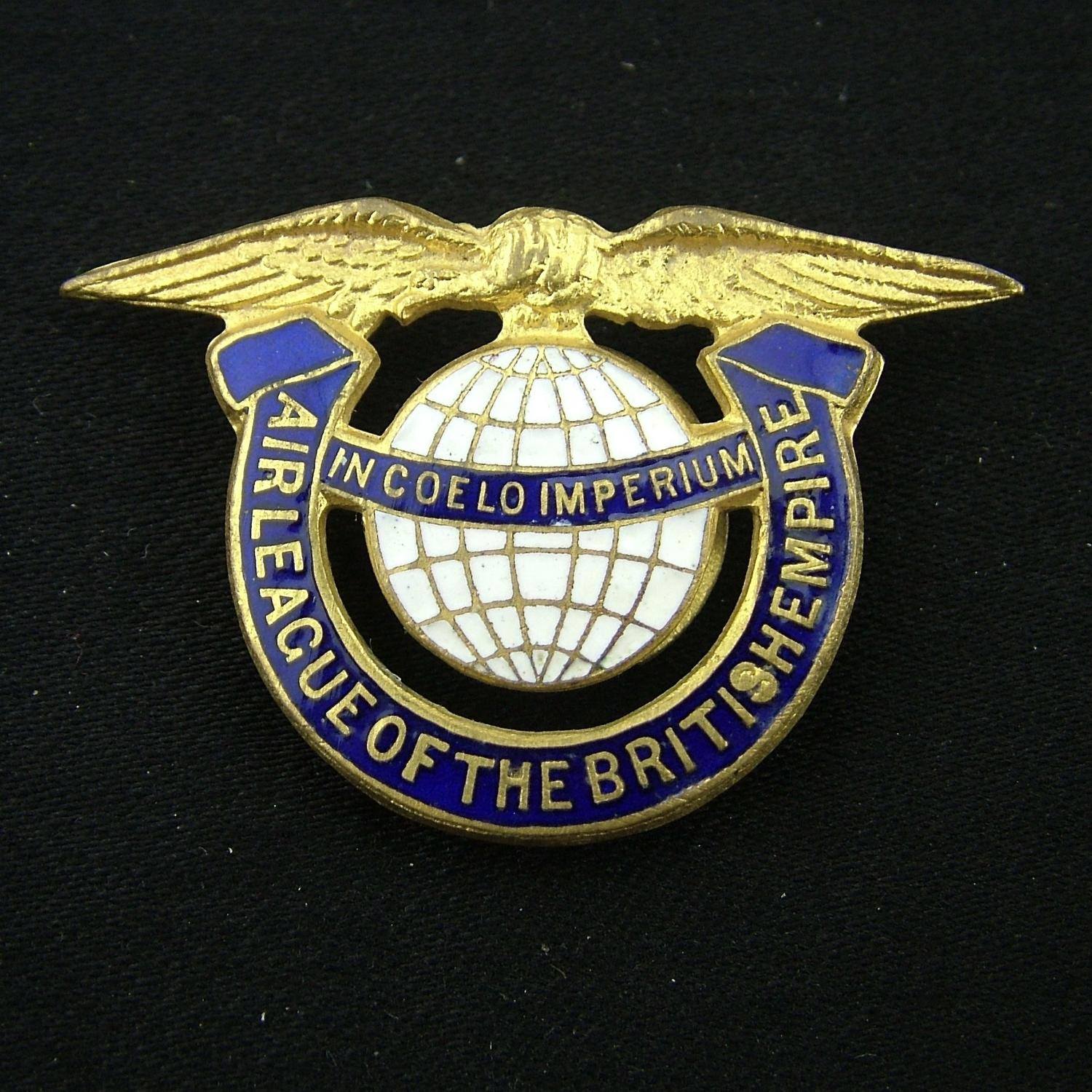 Air League of the British Empire lapel badge. Gilt brass and enamel with button hole rear fixing. Approximately 45mm span x 28mm height. One-piece construction with gilt eagle surmounting a white enamelled globe across which a banner reads " IN COELO IMPERIUM".
The Air League of the British Empire was established in 1909 to further the cause of aviation in Britain, later becoming the "Air League".  Excellent used condition. Stock code M23872/3. 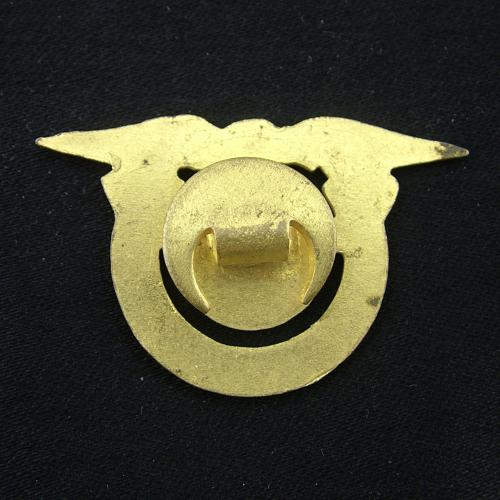