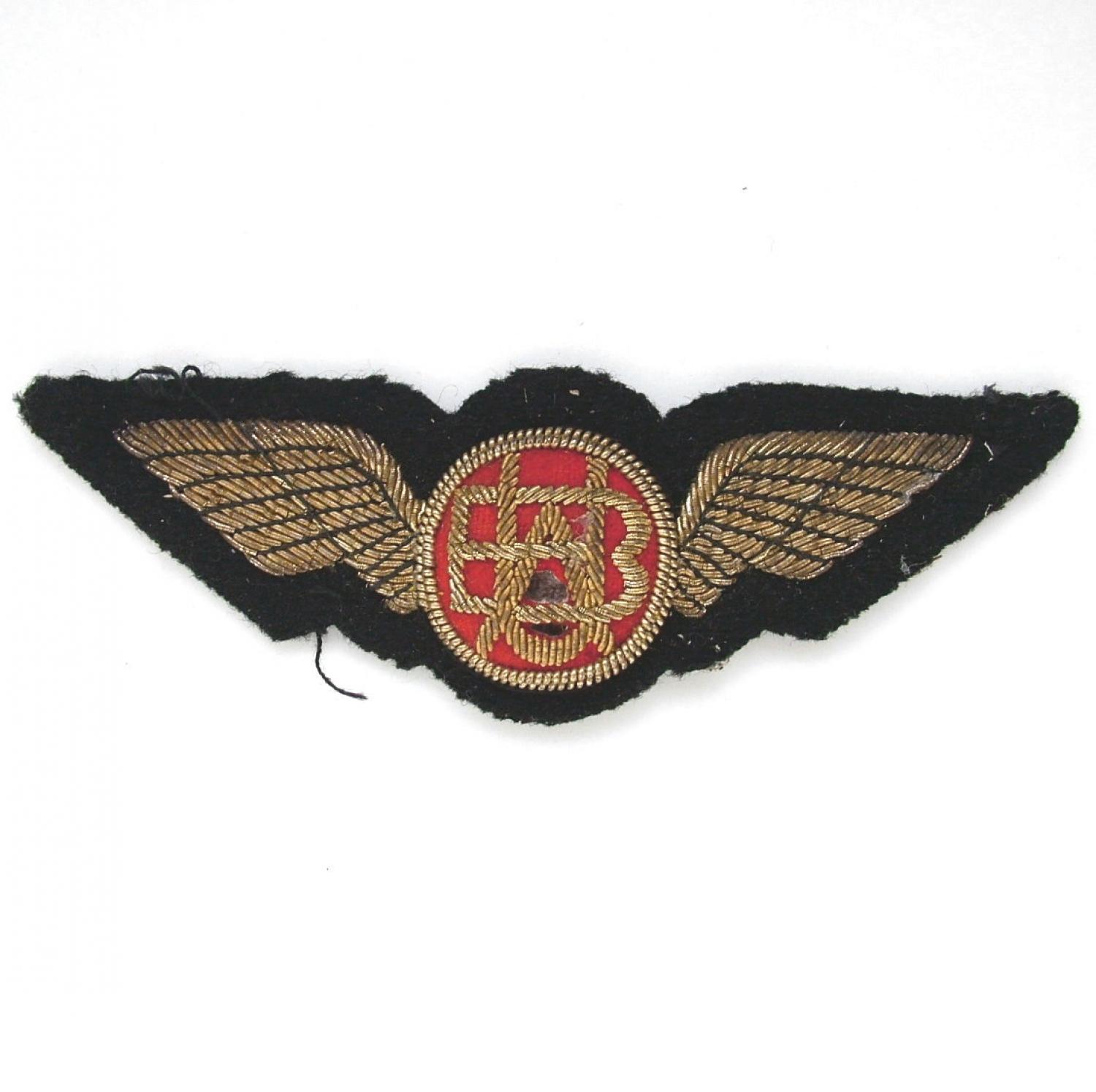 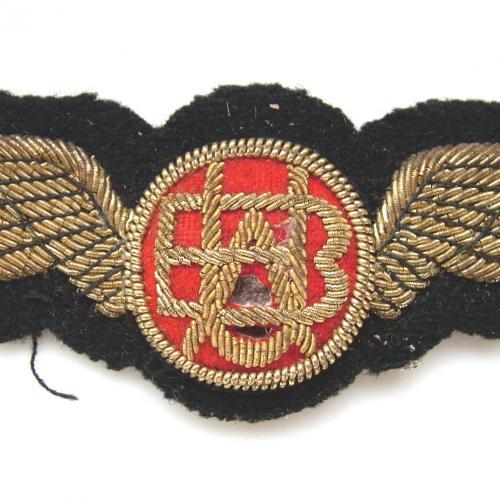 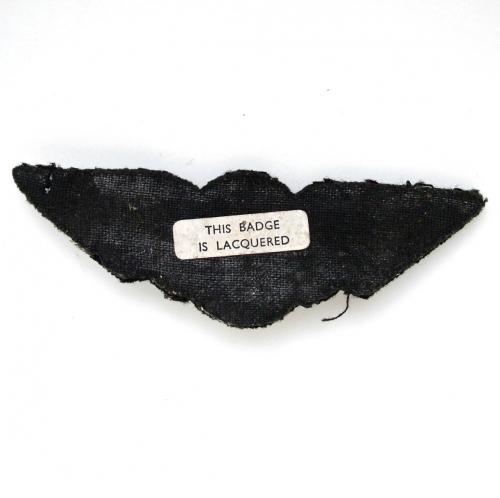 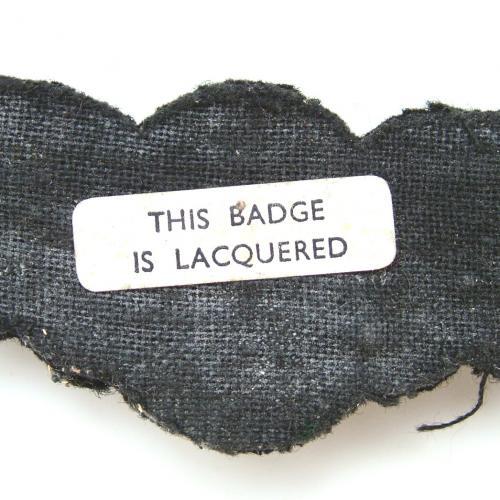 Padded bullion wire pilot wing on black felt with cotton backing. Approximately 11.5cm span.  Label to rear states 'This badge is lacquered'. Used condition with some moth damage the centre and upper right tip (see photos). British United Airways (BUA) was a private independent airline formed in 1960 as a result of the merger between Airwork Services and Hunting Clan Aviation.  At the time it was the largest wholly independent British airline.  BUA was sold to the Scottish charter airline Caledonian Airways in November 1970 making these wings relatively scarce due to the short period they were used.  These came from a pilot with the airline who had flown Lancasters during WW2.  Stock code U19686.