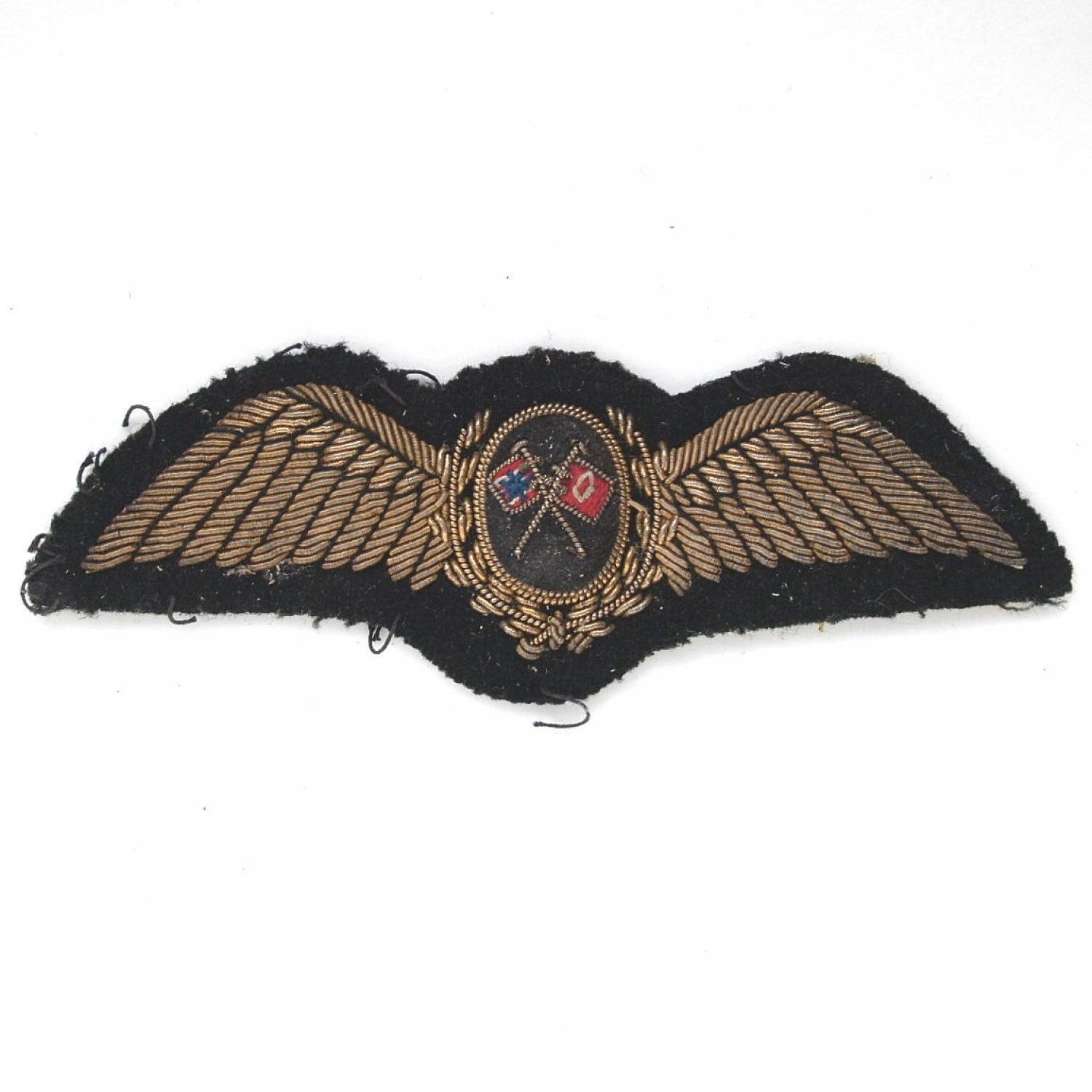 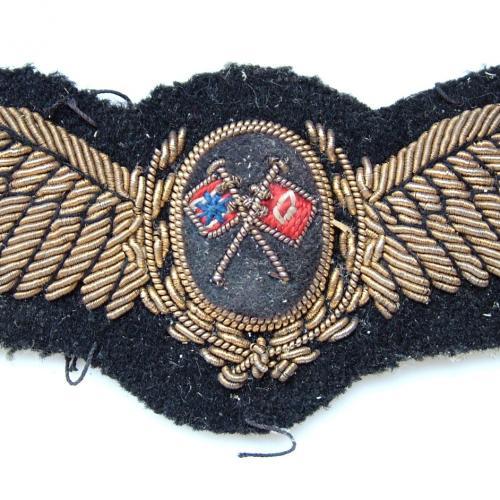 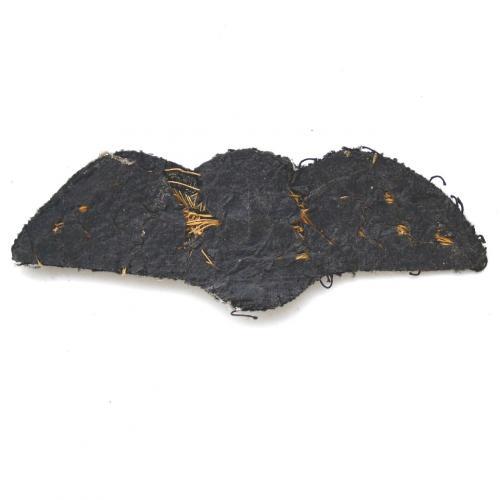 Padded bullion wire pilot wing on black felt with paper backing. Approximately 11.5cm span. Used condition with light soiling and wear. Hunting Clan Air Transport was a private independent airline formed immediately after the end of WW2.  Trading as Hunting Air Travel Ltd., it was a subsidiary of The Hunting Group of companies borne from a long history with the shipping industry.   The newly formed airline's first operating base was at Bovingdon and it operated Douglas Dakotas  and Vickers Viking airliners.  In 1960, Hunting-Clan Air Transport merged with the Airwork group to form British United Airways. These wings came directly from a pilot with the airline who had flown Lancasters during WW2.  Stock code U19687.