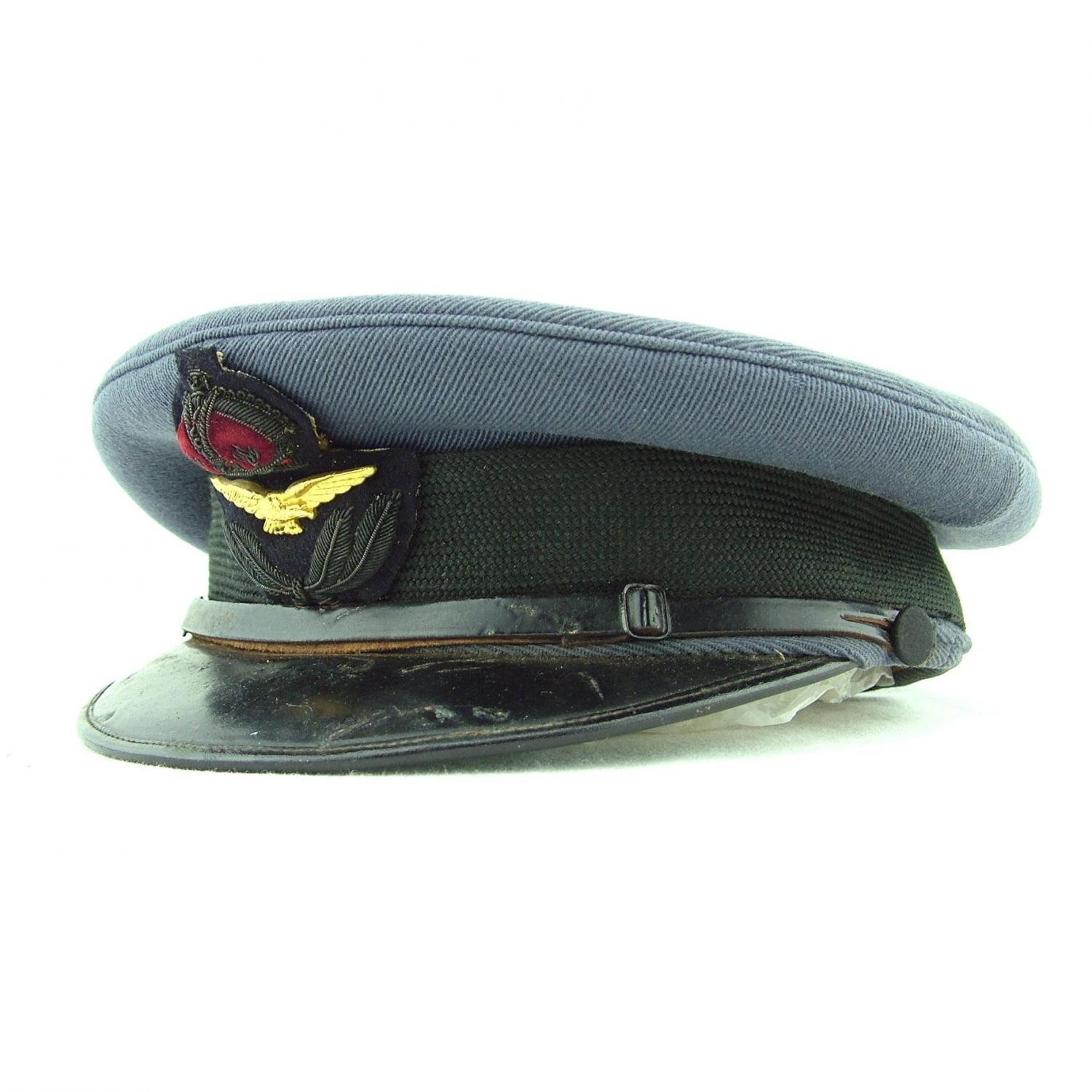 By Herbert Johnson of Old Bond Street, London.  Size unknown.  First pattern 1918-1919 RAF officer's service dress 'horizon blue' peaked cap. The Air Ministry, formed on 2nd January 1918, decreed that the new Royal Air Force should have its own new and unique uniform.  As a result the  'Horizon blue' uniform was introduced during 1918/1919.  However, 'Horizon' blue, also referred to as 'French', 'Russian' or 'Prussian' blue, named after the armies that used similar colours, was considered to be too bright and was subsequently only used for a few months, after which the more familar RAF blue was introduced. Consequently, very few uniforms were made in this colour and only a handful exist today.

This cap is in excellent overall condition. The cloth is remarkably clean and overall shape is good.  It is damage free other than a little moth trailing and one 4mm diameter hole under the crown that can't be seen when worn. Very good mohair band and badge, though the bullion laurel wreath is tarnished. The chin strap and distinctive patent leather peak have surface wear and marking but are undamaged. The green leather underpeak is soiled and has a small nick where the patent leather is oversewn (see photograph).  Fully lined in pale tan satin, including the inner band that is usually leather in most caps.  Manufacturer's crest/details to the inner crown. An extraordinarily rare find and highly sought after.  We are unikely to find another.  Stock code U21389. 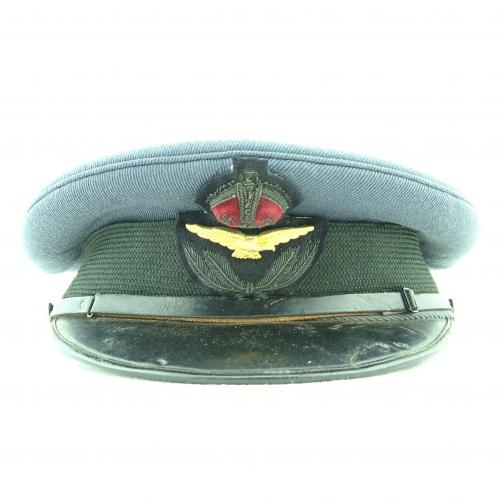 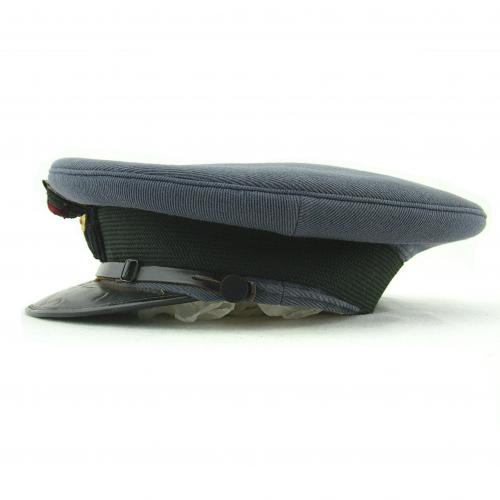 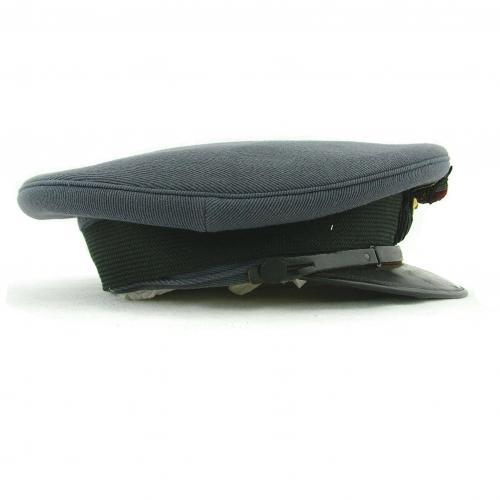 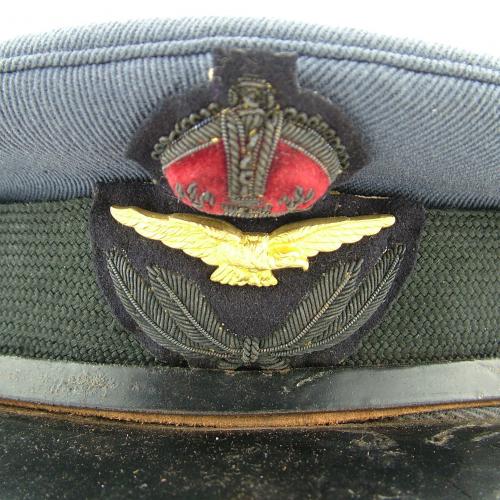 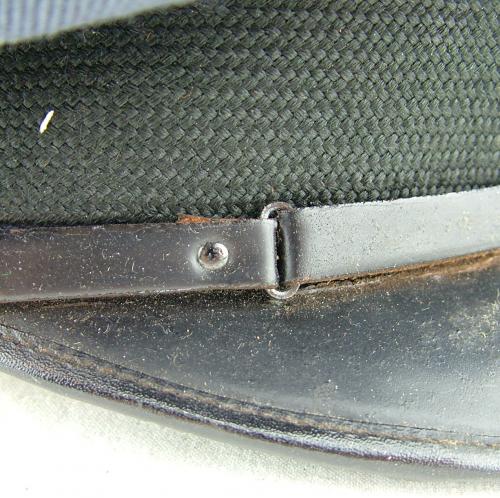 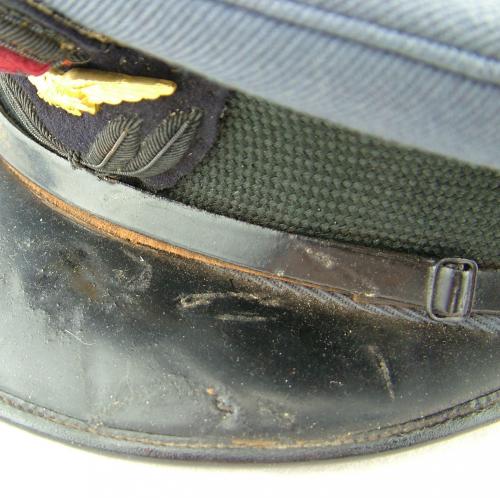 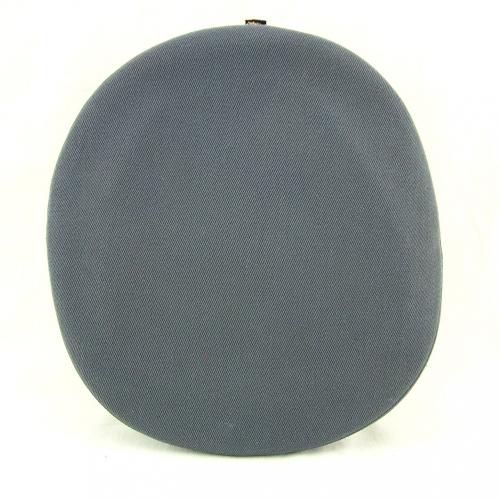 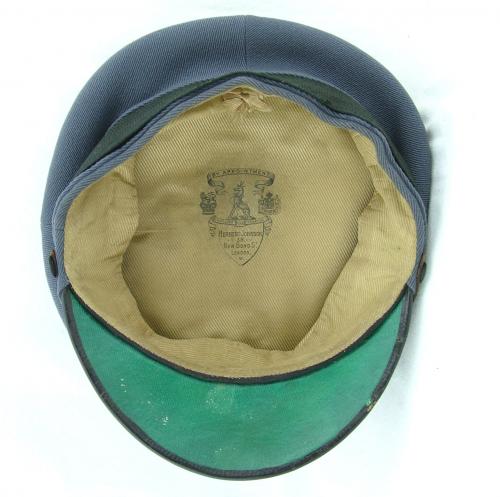 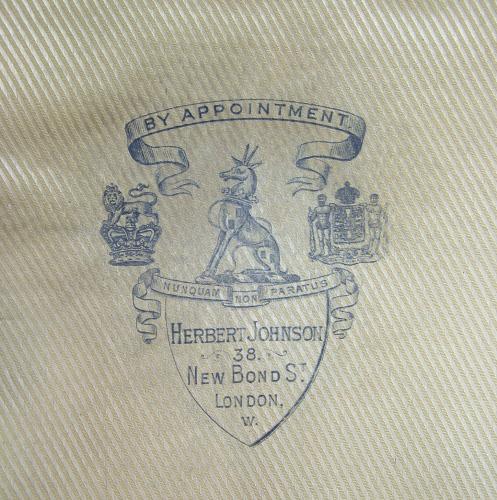 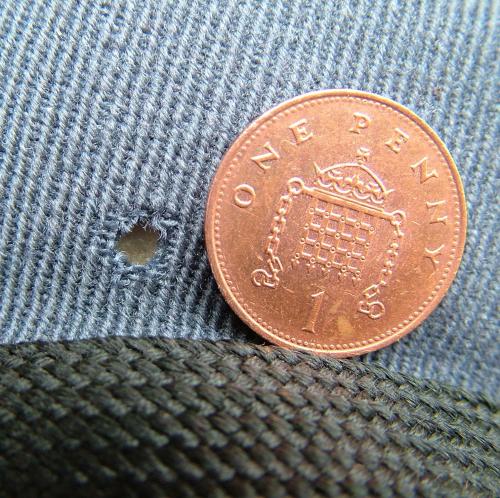 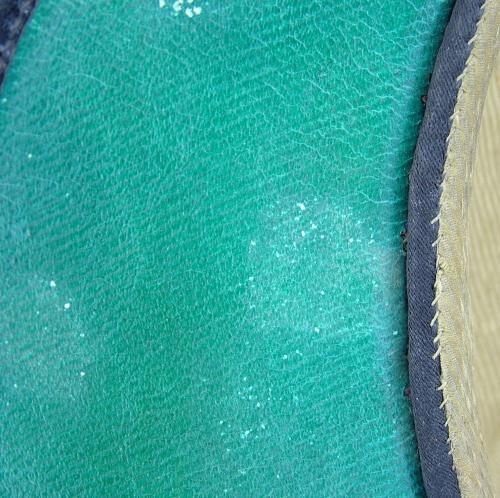 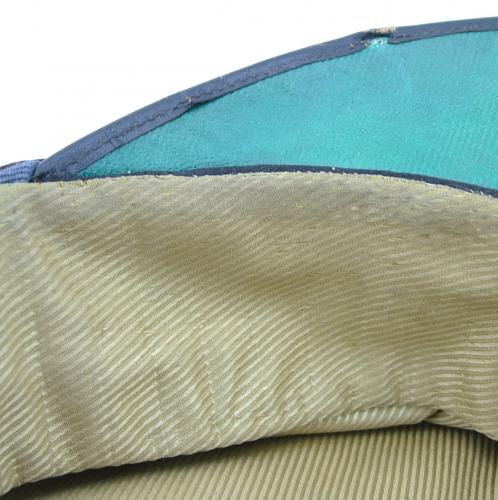