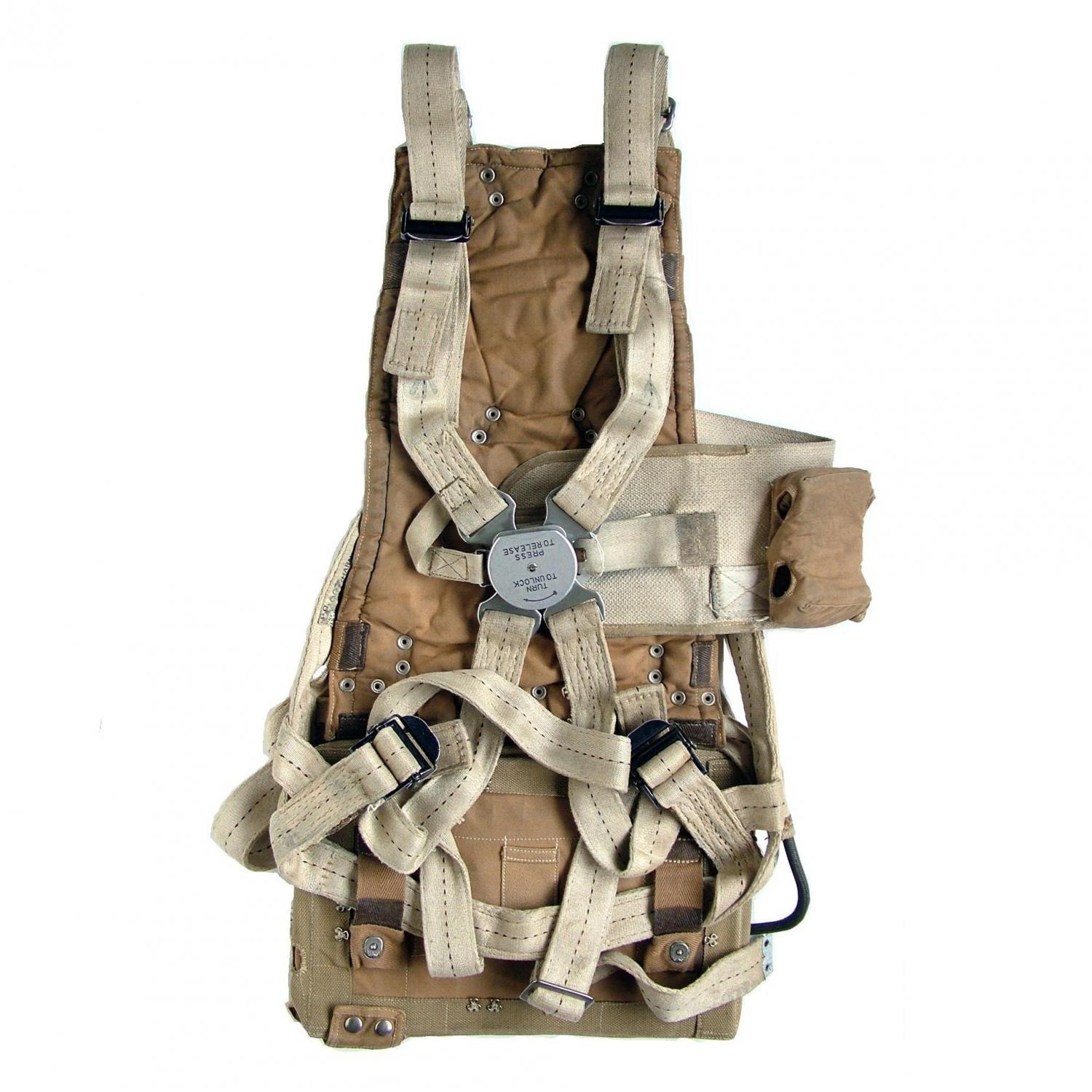 Parachute Assembly, Seat, Type, MK.11.  Stores reference 15A/683.  This parachute was designed for use with the Martin Baker MK.2C series ejection seat as fitted to Canberra aircraft, and replaced the MK.9.  It features a G.Q. Harness, Type C, Mk.8 - stores reference 15A/688 and had a MK.3 Irvin automatic parachute release carried on the waistbelt. Following ejection the Z type safety harness is automatically released allowing the parachutist to fall away from the seat.  As he falls a barometric pressure release is armed and the rip cord will be pulled automatically 4 seconds after reaching 13,000', or 4 seconds after leaving the seat, if the ejection has taken place at an altitude below 13,000'.

The harness is quickly adjustable on both the front suspension and the two leg straps.  A padded canvas pocket on the waistbelt houses the barometric parachute release.  The G.Q Pack, Type S, Mk.4 - stores reference 15A/656 carried the canopy and emergency oxygen supply bottle.  The cushion was replaced by a pack containing the type K dinghy.

The assembly is quite complete with all the harness and buckles in good order bar normal soiling and minor edge fraying in places. It is labelled with reference numbers.  The pack  is in good order although one of the labels is part detatched and the rip cord cover flap is partly torn. The backpack is very good.  The harness and pack are both 1956 dated and have matching serial numbers indicating that they have always been together.  There is no main canopy, oxygen bottle or barometric pressure release mechanism but does come with rip cord housing and cord, barometric pressure release cable housing and the auxiliary parachute vane (type mk.3). This is an octagonal parasheet 38" across flats, with spiral spring with square top.  An interesting postwar variant ideal for those restoring an ejector seat or jet cockpit.  Further photos available on request. Stock code M19619. 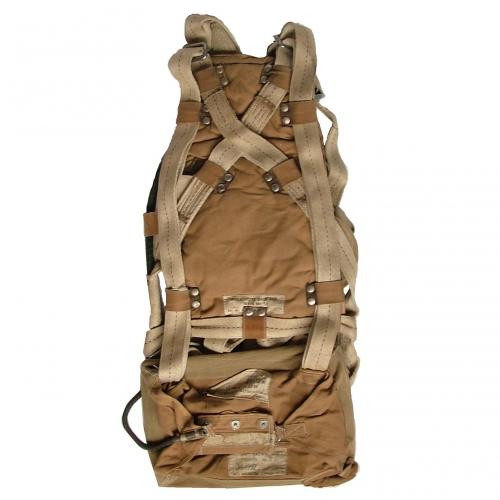 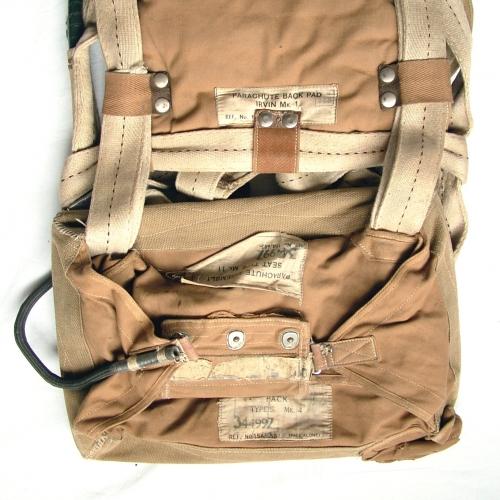 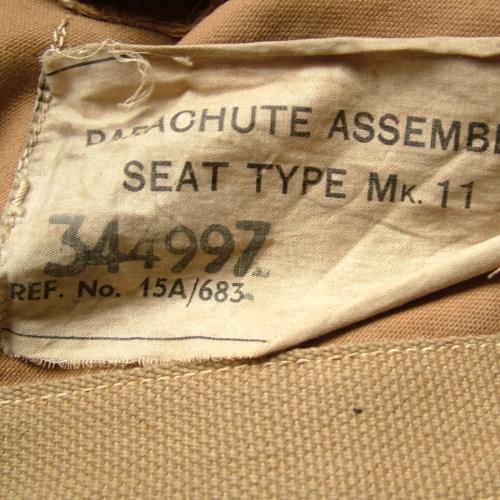 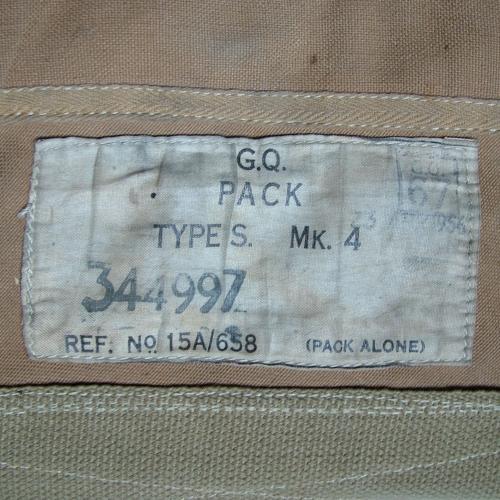 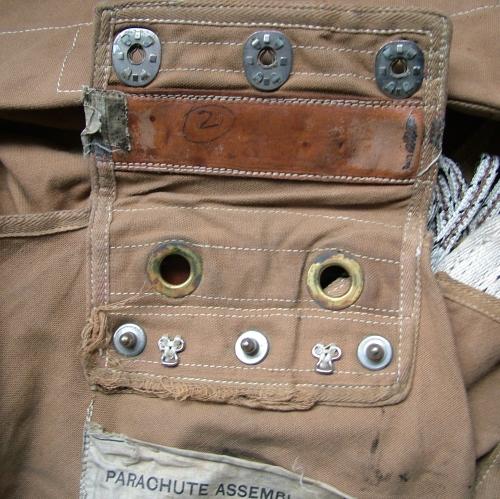 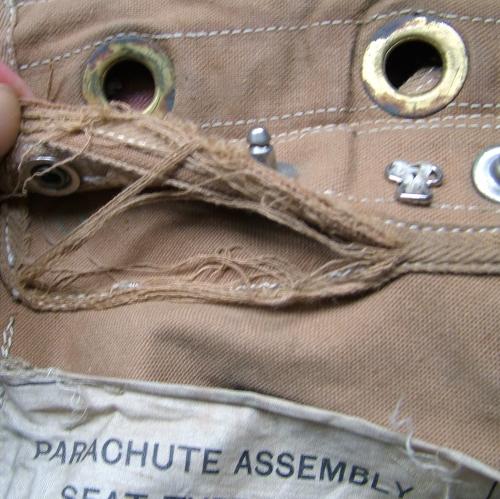 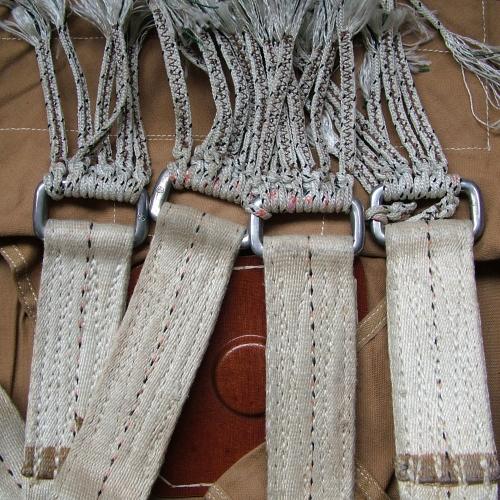 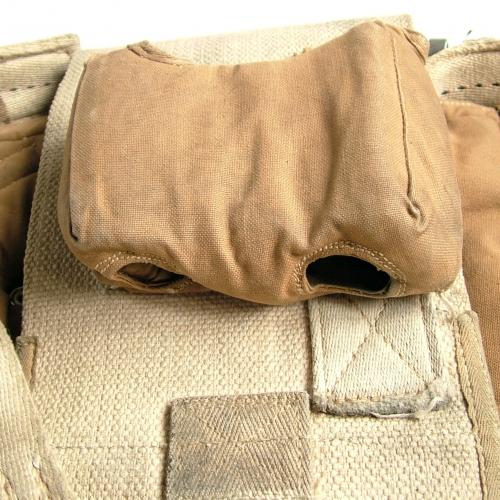 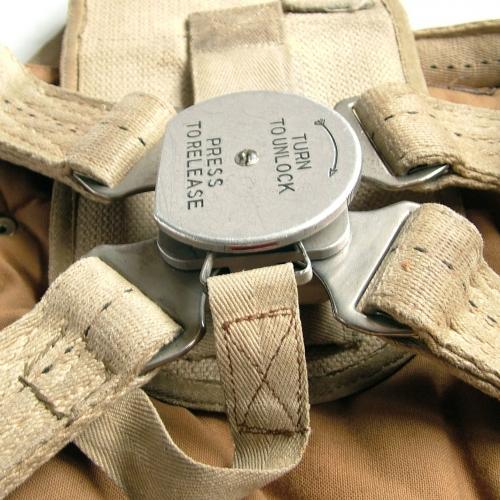 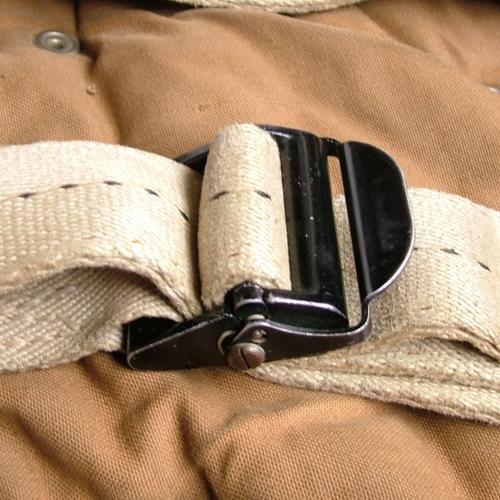 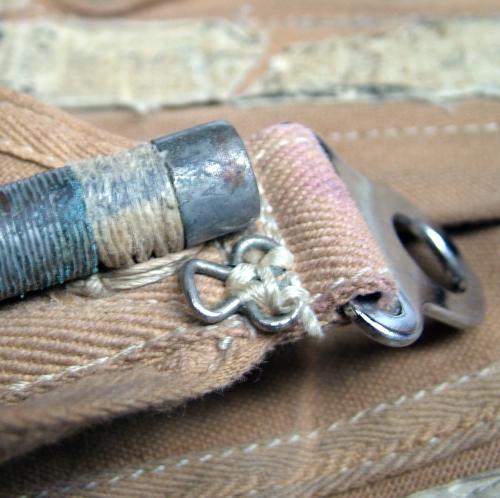 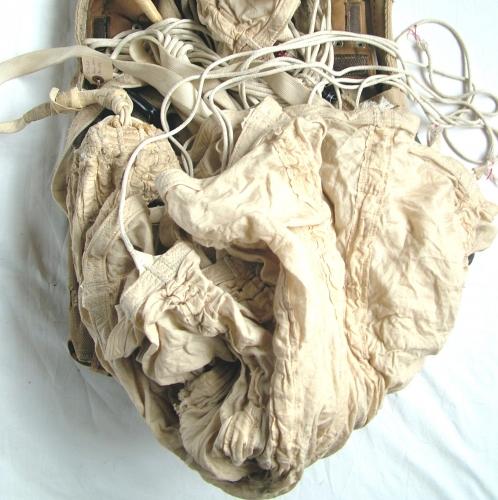