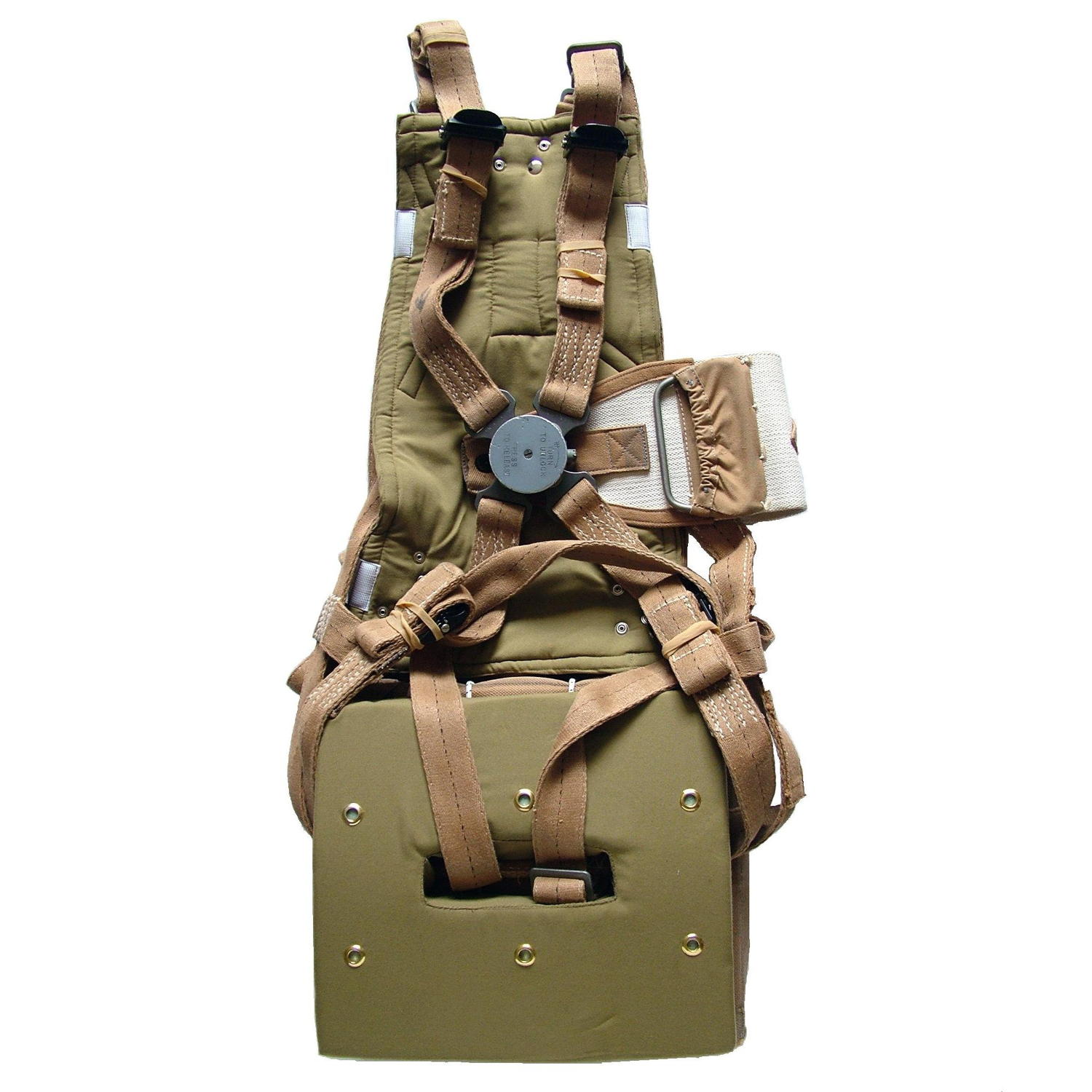 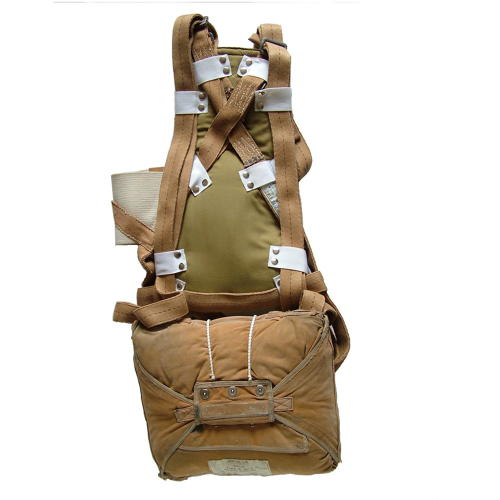 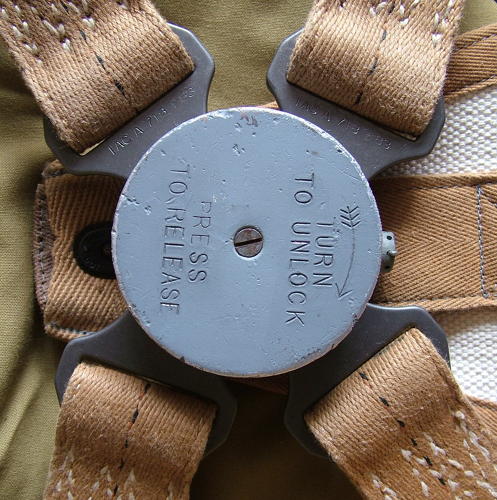 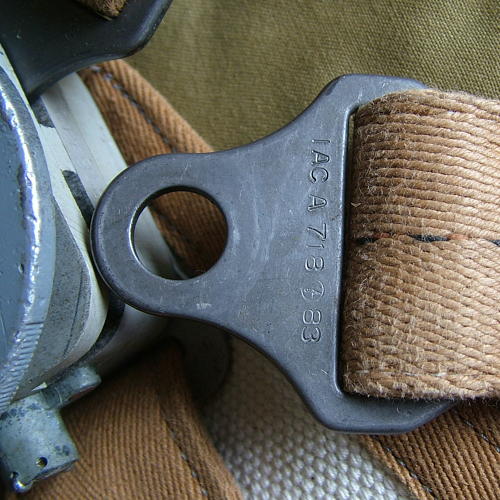 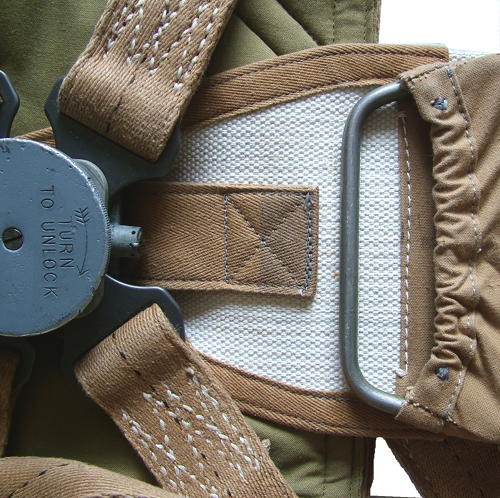 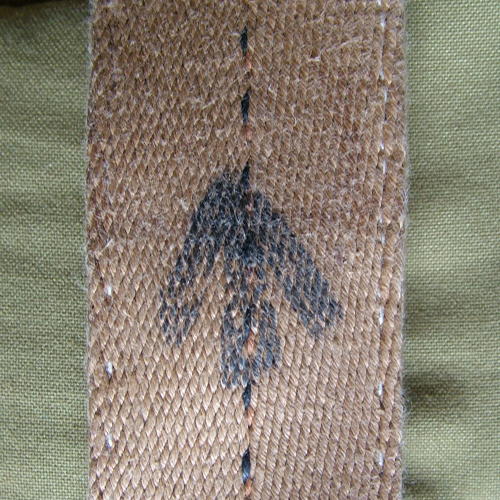 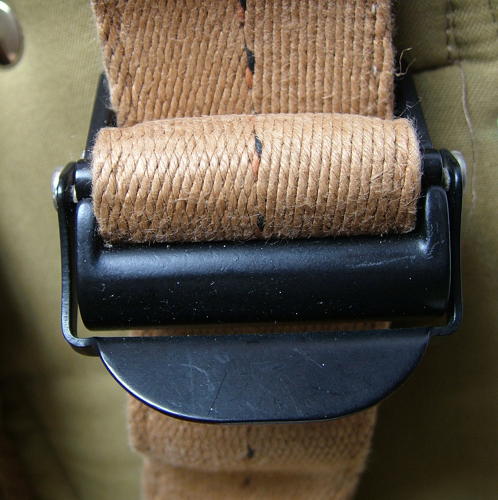 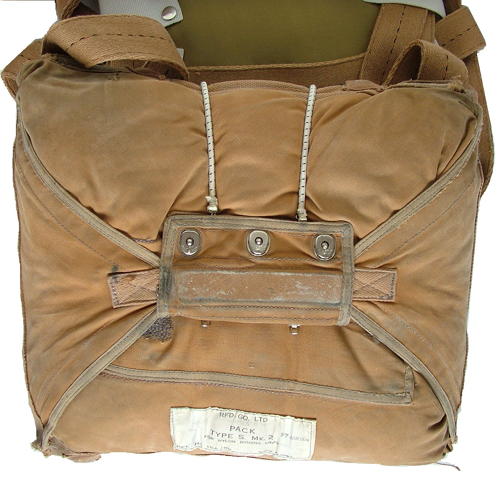 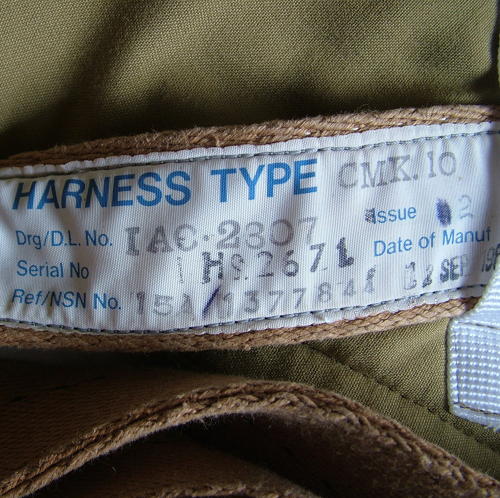 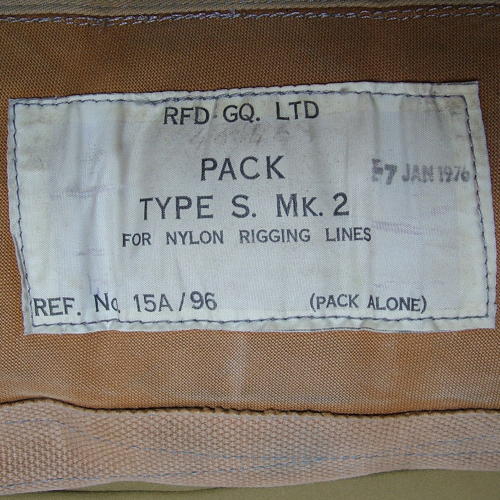 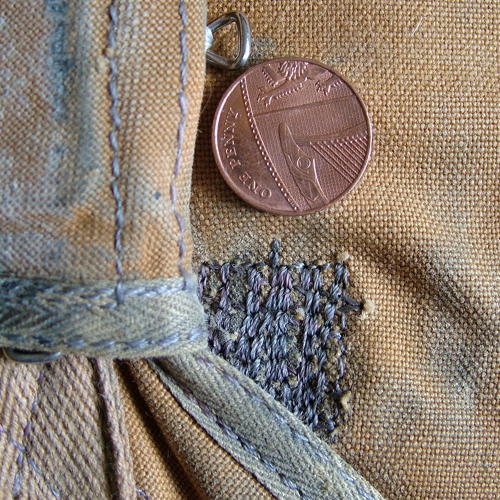 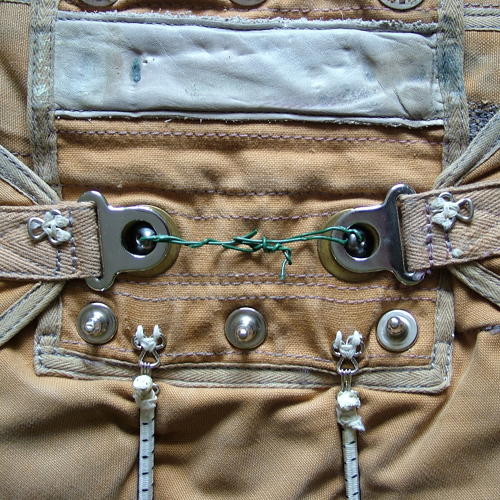 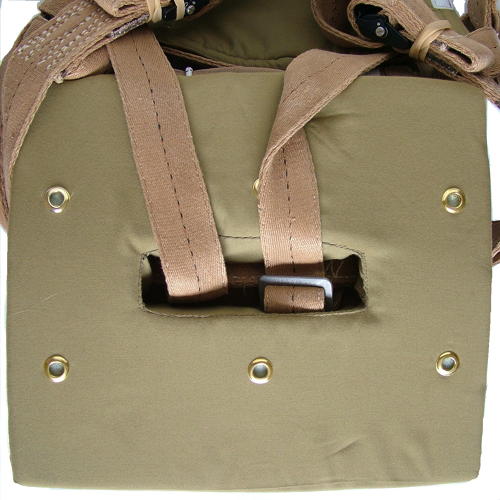 By Irving Air Chute of Great Britain.  Parachute, Single point, quick release with seat pack.  Type C, Mk.10.  Stores reference 15A/137784.  Commonly referred to as the 'pilot's parachute'.  This example has a harness dating from the 1960s and has brown webbing with a central red/black fleck and war department broad arrow marking on the riser.  Fitted with a wartime type fully rounded quick release (QR) box.  It also has the usual wide canvas waistbelt, rip-cord housing and ripcord handle.  The parachute pack was manufactured by G.Q in the mid 1970s and  is in a deep sandly coloured canvas.   The previous owner intended to use this as a 'live' assembly whilst flying a Harvard and has attempted to make it look like a wartime example.  He had a seat cushion and backpad made but didn't get around to adding the canopy or rip-cord assembly.

The harness appears to be in good undamaged condition whilst the pack is a bit grubby and does have a smallish darned repair (see photos).  The purpose made seat cushion and packpad are in excellent condition.  Whilst not identical to a wartime assembly this does have the correct QR box and would be an excellent gap filler.  It is also a fraction of the cost of an 1940s parachute.  Stock code S22394.